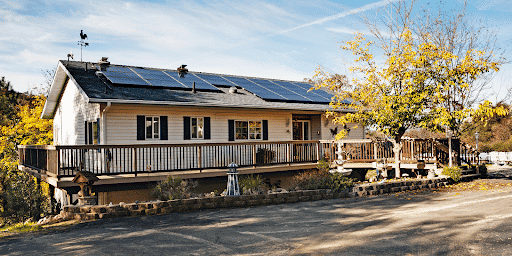 Most homeowners would like to save money on their electricity bills. With solar panel technology, you can do just that. Using the sun’s raw energy, you power your home and sell electricity to utility companies. Unfortunately, some states make this harder to achieve with restrictions on solar energy and its financing. Paradoxically, the states most likely to do this are some that would greatly benefit from solar power, like Oklahoma, Kansas, and Nebraska. This article will list all the states with the largest solar panel restrictions and explain how these restrictions work.

Is Installing Solar Panels Illegal in Any State?

Technically, no state outlaws or bans solar panels; quite the opposite. Most states have solar access laws that forbid any agreement, covenant, condition, bylaw, or contract that outlaws or limits solar installations by Homeowners Associations (HOA) or other municipal bodies. However, some states still make installing solar panels functionally impossible by creating laws with “reasonable restrictions,” such as increased taxing, energy caps, or even billing solar panel users. Combine these laws with a lack of incentive programs, and solar panels are not viable for homeowners in many states.

Unfortunately, solar panels are still incredibly expensive for the average homeowner, even though they’re more financially affordable now than ever. For solar panels to be viable, those seeking to install them need financing options and incentives. Without these, homeowners cannot pay the average $16,000 cost of a moderate solar panel installation. States are well aware of this and, depending on their perspective of solar energy, either create more lucrative incentives or reduce them and limit them as much as possible.

What Incentive Programs Exist for Homeowners Who Want To Use Solar Power? 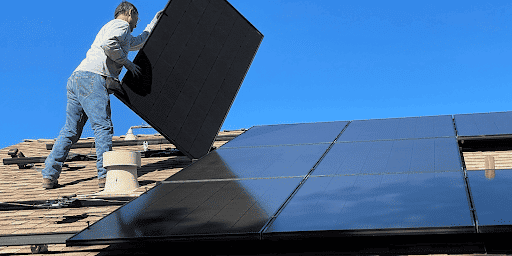 Before we get into which states are making it harder to utilize solar power, we’ll list the programs necessary for solar viability. Generally speaking, there are two kinds of incentives homeowners can take advantage of, federal and state. The federal government has passed several laws ensuring protections for solar energy sources, guaranteeing citizens solar access rights. Beyond these protections, the federal government also provides several financial incentives. On top of federal programs, each state has a small host of unique incentives. If you’re interested in your state’s specific incentives, you can typically find them listed on your state’s department of energy website.

This is the main federal incentive program that homeowners, businesses, and other agencies utilize. This program offers a tax credit equal to 26% of the cost of the solar systems installed from 2020 to 2022 and 22% for systems installed in 2023. It will expire in 2024 if not renewed.

PURPA is an old program designed to conserve electricity and provide competition to energy companies. It mandates that utility companies must purchase electricity from smaller energy providers (like homes with solar panels).

Net metering is the primary means by which homeowners directly benefit from solar power. Net metering is when utility companies credit homeowners for the excess power produced by solar panels. The rates and credit levels vary by state and are one of the main points of contention between utility companies and homeowners. Solar power loses its financial viability without proper market rates for net metering. However, utility companies argue that generous net metering rates allow consumers to avoid paying for their share of the upkeep of electrical systems. States that generally support solar initiatives offer generous net metering rates, but states that are more resistant to solar will offer less than ideal rates and, in some cases, even put caps on system size and the amount of metered systems in a utility area.

SRECs are certificates that represent each megawatt-hour generated by solar energy systems. Homeowners can sell these credits through state-run REC Solar Markets. The value of SRECs fluctuates based on supply and demand, influenced by state regulations and requirements levied on utility companies.

PPAs are a type of financing system that allows homeowners to have a third party install a solar system onto their property. The homeowner then purchases the power generated from these panels at a much lower rate than that of utility companies. The homeowner pays nothing for the installation and maintenance of the systems, gets cheaper energy, and the company gets the tax benefits, incentives, and the ability to sell solar-generated electricity. These agreements last for a set period of time, at the end of which, the homeowner can decide to purchase the system, have it removed, or extend the contract.

States may also host various rebates, programs, loans, solar easements, and other minor incentives that help homeowners pay for or offset the cost of solar panel installations. These other incentives vary wildly by state but usually take the form of a loan, grant, or fund that eligible businesses, homeowners, or associations can receive. 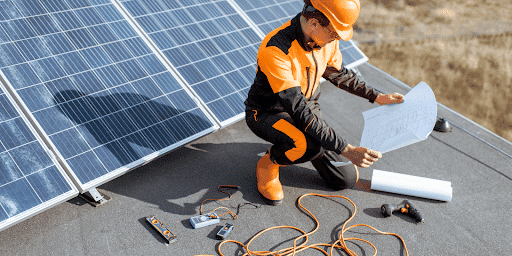 What follows is a quick rundown of the top five states that currently restrict solar panels the most. It should be noted that this article is for informational purposes and is not intended for, nor should it be relied on for any legal, tax, or accounting advice.

The Dakota states are, without a doubt, the weakest in the solar energy industry, ranking 51st (North Dakota) and 50th (South Dakota), respectively. Neither state offers an SREC program, and both lack a Renewable Portfolio Standard (RPS). An RPS is a policy that provides the structure for creating renewable energy programs, bills, and incentives.

The Dakotas are one of the few states still lacking these policies, indicating a clear lack of interest in solar energy and presenting few opportunities for future rooftop solar power. Both states offer little to no official incentive programs for promoting solar energy, with North Dakota only having 35 installations in the entire state and South Dakota not far behind at 65. While the Dakotas’ comparative lack of sunlight certainly contributes to a disinterest in solar power, states with similar levels of sunlight, like Maine, New York, and Wisconsin, have much more impressive solar programs.

Oklahoma has some of the greatest potential for solar power in the country. Oklahoma borders Texas, which comes in second for the most residents powered by solar energy. Over a million Texas residents harness solar energy, and the state invests a whopping $11.8 billion into it. Oklahoma, however, is ranked No. 45, with just over 9,500 residents using solar power and a measly $131 million invested in the solar industry. While Oklahoma has an RPS, it’s voluntary, meaning utility companies choose whether or not to comply with it. Furthermore, the state offers no incentives, has no SREC market, and PPAs are completely illegal. Unfortunately, Oklahoma has one of the worst net metering programs, allowing utility companies to charge homeowners requesting net metering.

Kansas is ranked one of the sunniest states in the U.S., 8th right behind Oklahoma, Colorado, and California. You would think it would take advantage of this with a robust solar program. It does not and is ranked 44th in the U.S. for the number of homes powered by solar energy. Kansas had an RPS, but it was repealed in 2015 and replaced with a voluntary program. In 2019, the state tried to further penalize solar users by implementing a law that levied fines against solar users. While the law was passed, it was eventually struck by the state’s supreme court in 2020.

Even without utility companies charging homeowners for using solar, you’re still not likely to make any money from your panels in this state. Kansas has a net metering program that penalizes homeowners for producing more electricity than they need, only offering “wholesale” rates of 2.1 cents per kilowatt compared to the 11.3 cents per kilowatt offered at retail price. This system makes it extremely difficult for homeowners to gain financial traction with their panels, tanking the value of their electricity once they can resell it. The Sunflower State also offers no incentive programs and has no SREC program.

According to studies on the sunniest states in the U.S., Nebraska sits right in the middle, but for solar panels, it’s near the bottom at 46th. As of writing this article, Nebraska has only 7,931 homes powered by photovoltaic technology and has invested only $91 million in solar energy. Nebraska has no RPS plan, few state incentive programs, and no SREC marketplace.

Nebraska’s net metering laws are not homeowner friendly, using the “Avoided Cost” method for solar electricity prices. “Avoided Cost” is the lowest possible amount utility companies are forced to pay for solar electricity under PURPA. As a result, the electricity generated by homeowners’ solar panels is worth significantly less than its retail value. What this means for homeowners is that the amount of money they give into the electricity grid is worth significantly less than the cost of the power they take from the grid. With this system, you’ll still be able to reduce the cost of your electrical bills, but you’ll have an extremely difficult time making any money off it.

Since the explosion in solar energy in the mid-2010s, Florida has been a confusing outlier in the clean energy movement. Despite being labeled the “Sunshine State,” Florida has, in the past, consistently restricted access to solar power incentives, including a lack of an SREC market, outlawing PPAs, and offering few state incentives. However, in the late 2010s, Florida began to revise its take on solar energy, seeing massive booms in the state’s solar movement. While many markets, like PPAs and SCRECs, still do not exist, the state has begun to offer more impressive local incentives. However, this progress is not all sunshine and rainbows, as the life of solar energy in the state is currently unclear. Laws are continuously pushed in the state to limit solar growth, bringing Florida back to the solar-powered dark ages.

Last year, a new law called HB 741, written by local utility companies, was passed by the Florida senate but was vetoed by Gov. DeSantis. This bill would have functionally stripped net metering rights from homeowners if it had passed, killing much of Florida’s growing solar community. As it stands, Florida’s solar programs are in a good position, landing it at No. 4 for the most homes powered by solar panels per capita. Unfortunately, its rocky past with green energy and seemingly continual attempts to curtail solar power leaves many Floridian property owners and solar advocates weary of the state’s bright future.

While many states possess solar programs and energy conservation initiatives, others are still behind. States like Georgia, Oklahoma, Kansas, and Nebraska include only the federally mandated bare minimum, which amounts to very little compared to other states. Even states that have been showing progress, like Florida, are still attempting to pass laws restricting solar programs, making it even more difficult for homeowners to adopt green energy solutions. Thankfully, many states like Arizona, Texas, California, and North Carolina lead the charge in creating new, impactful solar incentives. 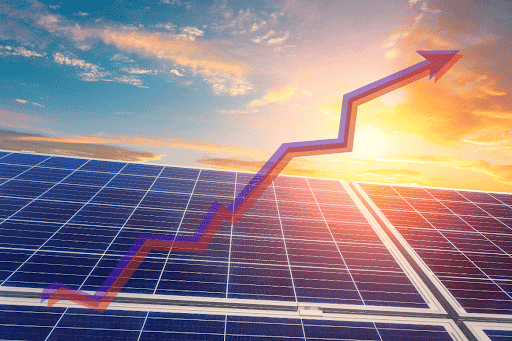 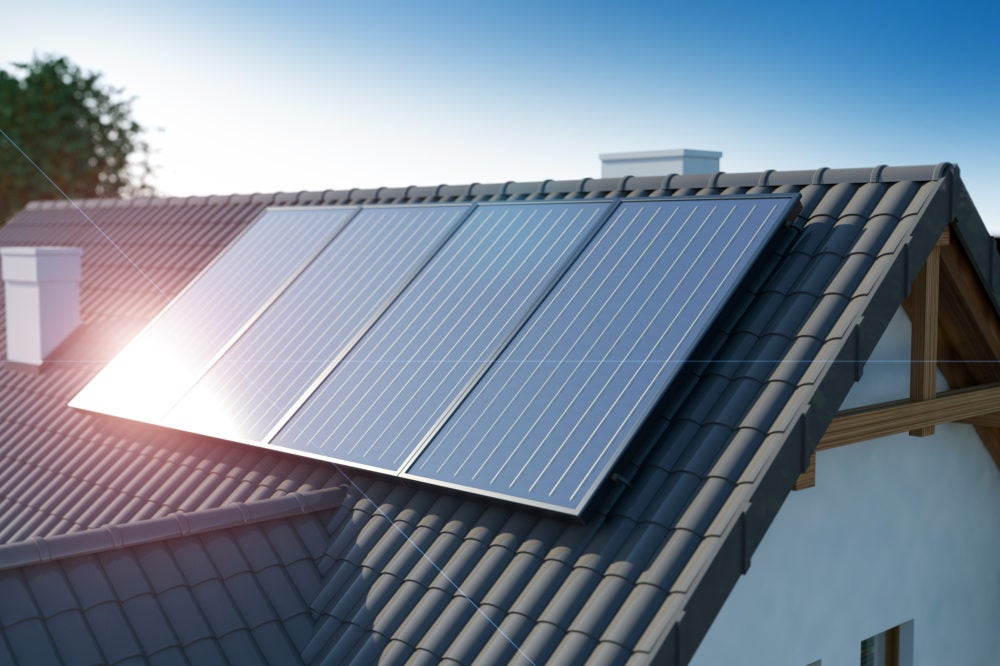 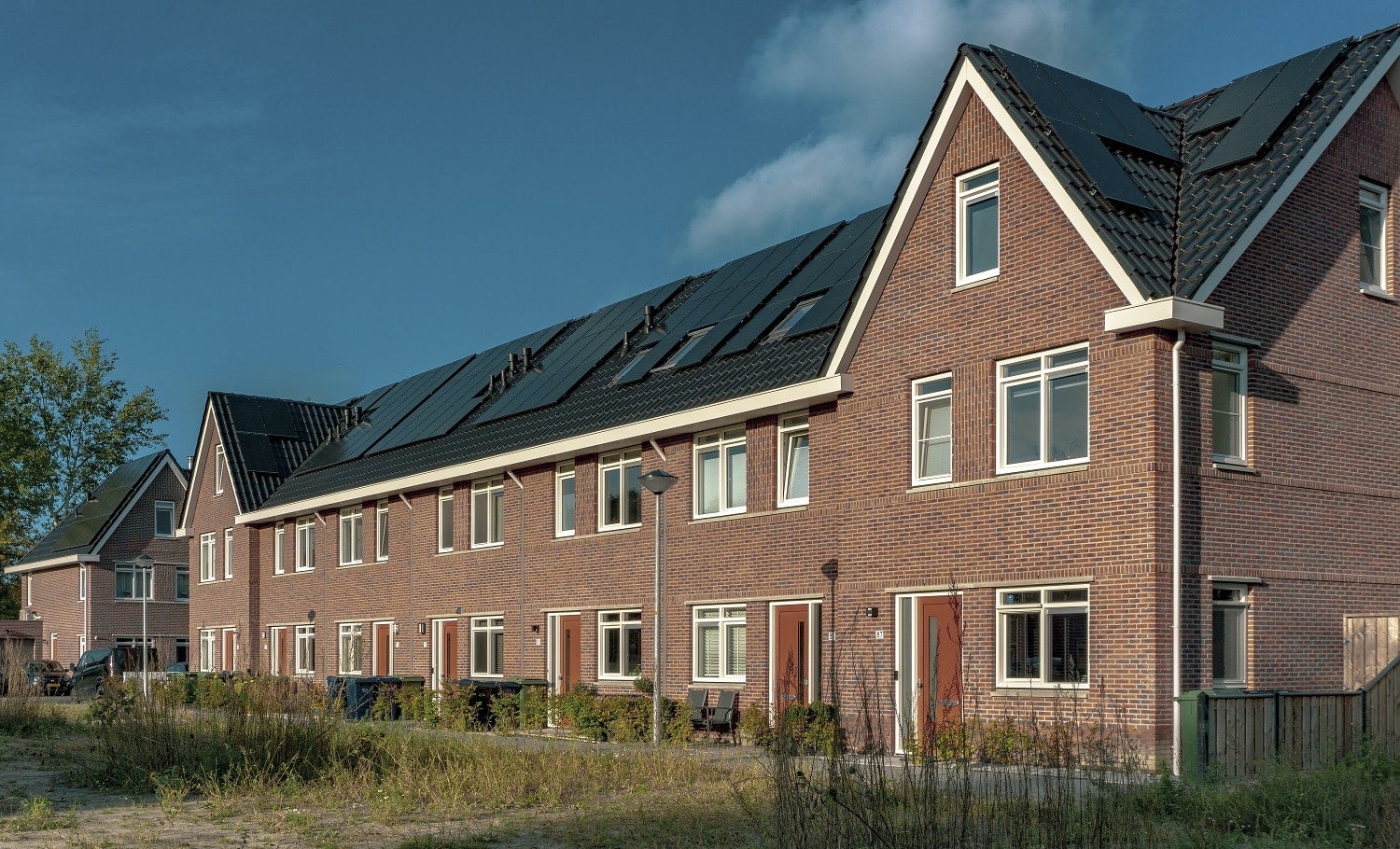 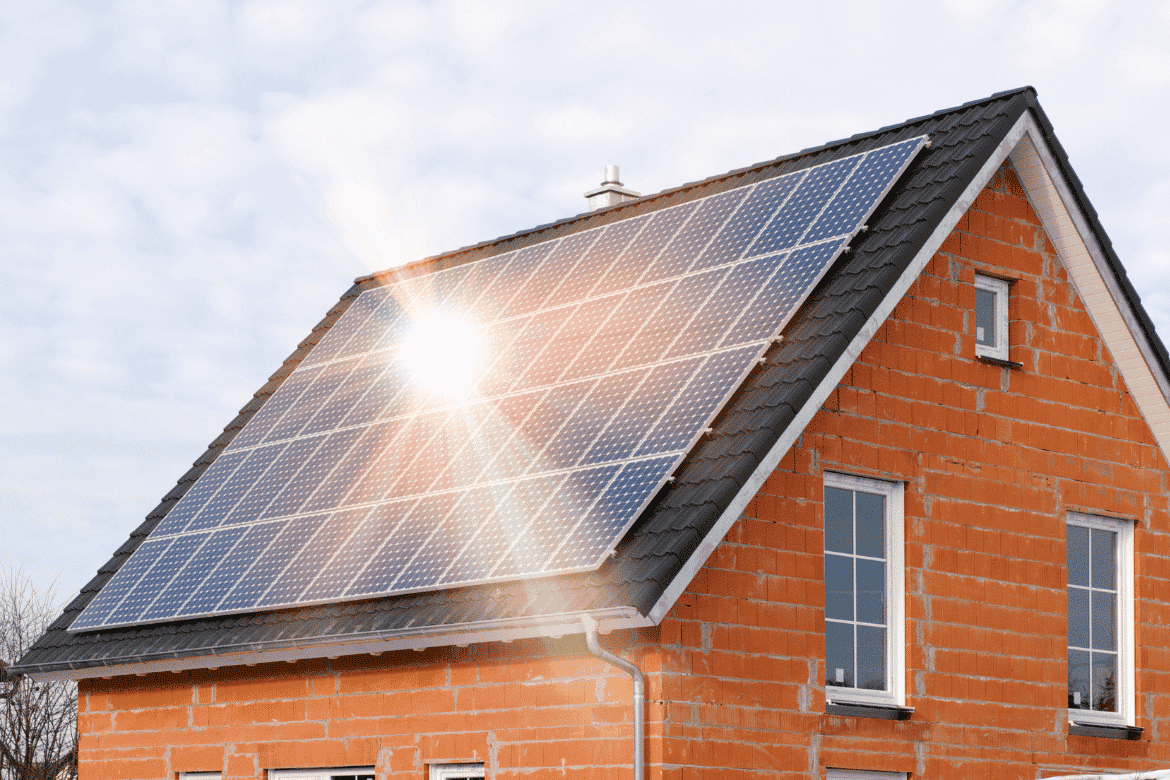 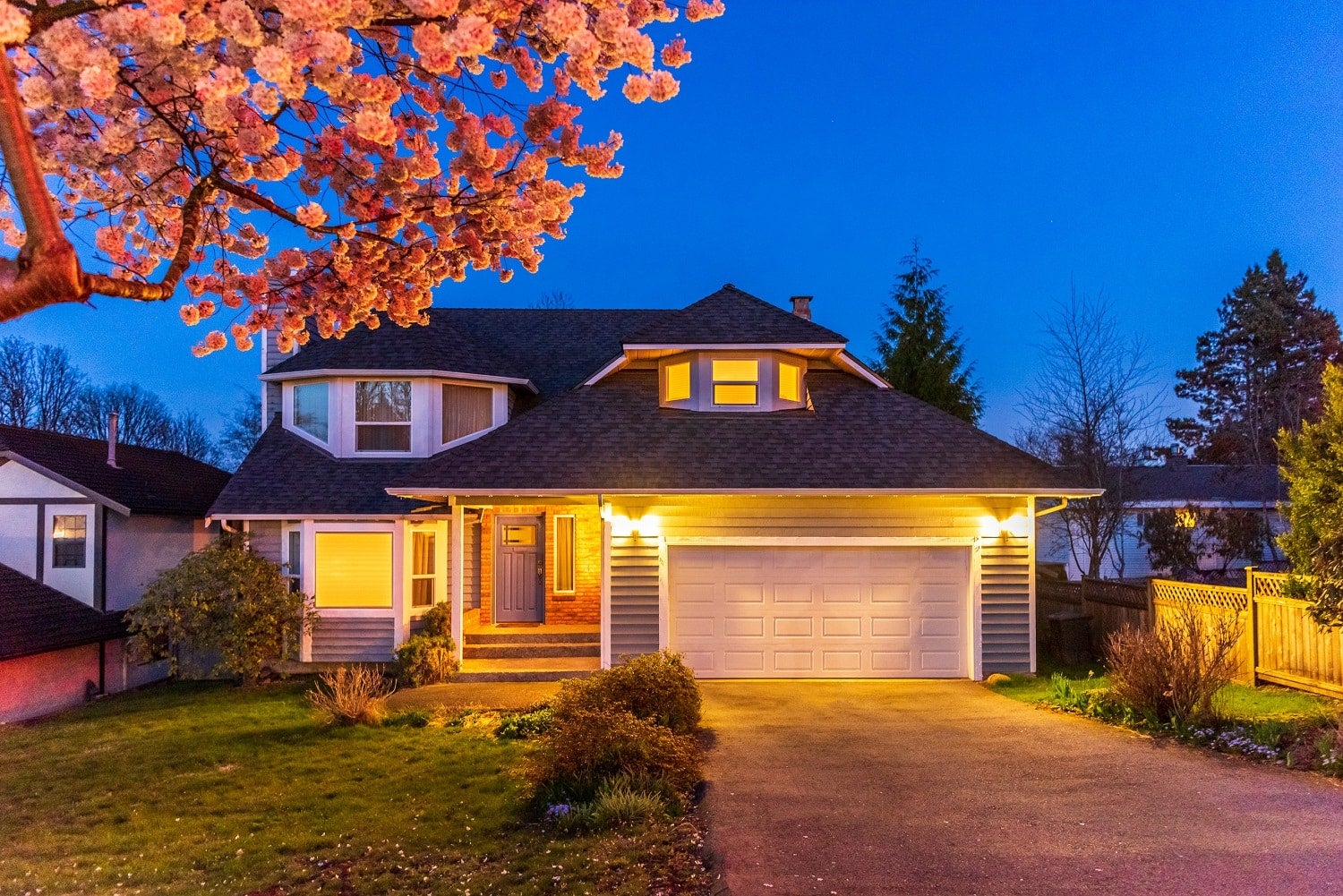 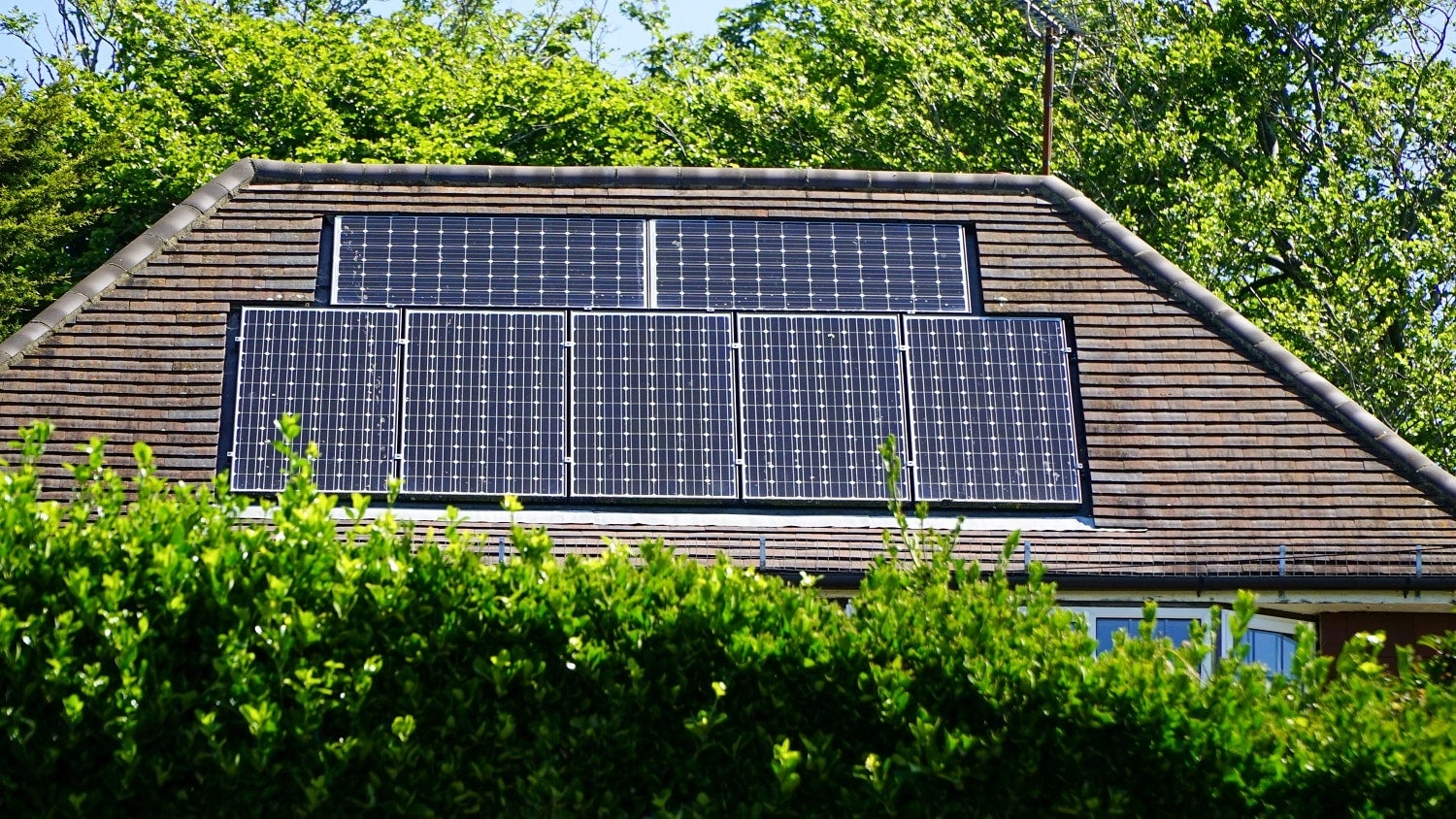 Solar panels are now more affordable than ever before. Learn more about the best cheap solar panels with our guide to the top five options on the market. 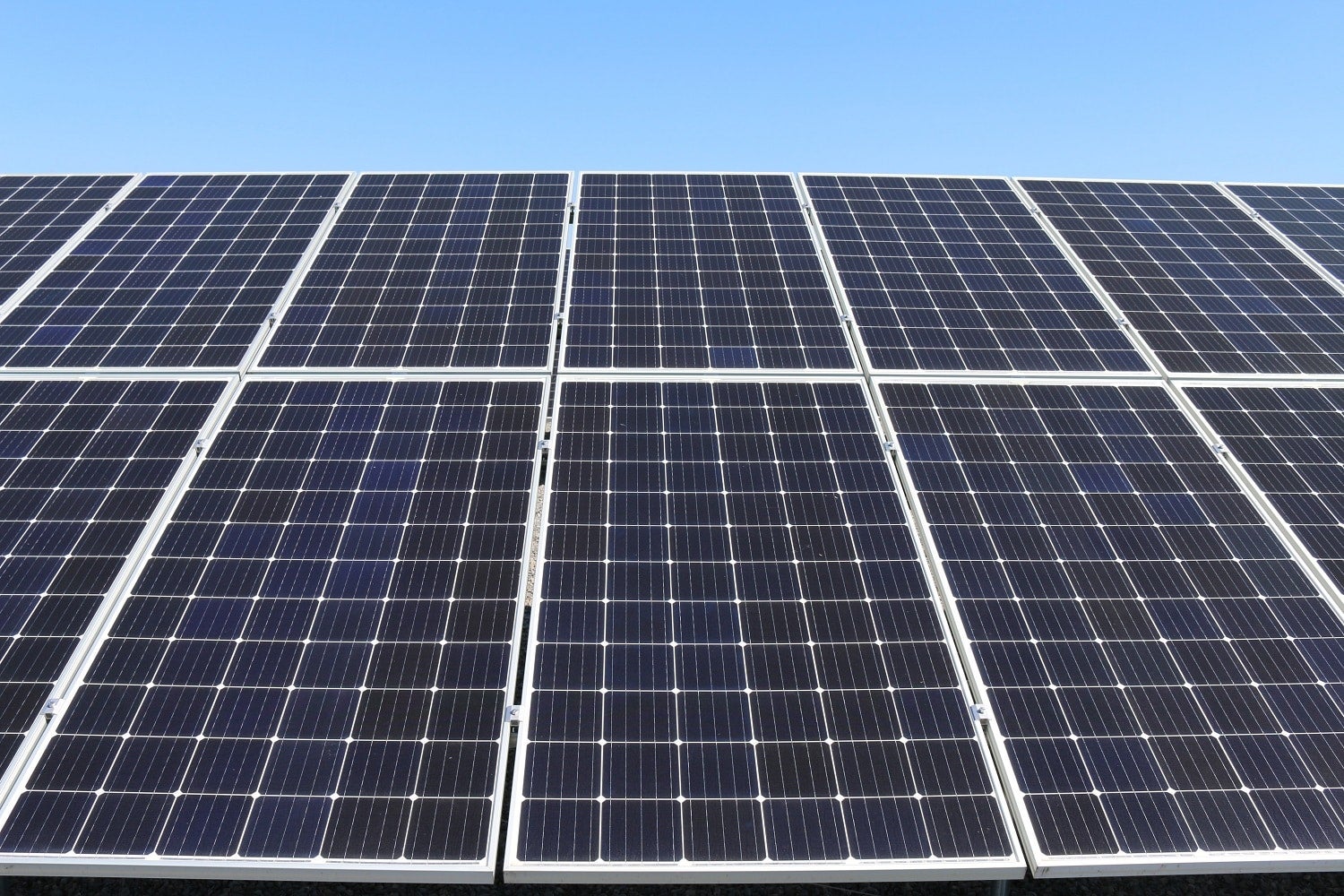 Finding a solar panel that will help you save on energy costs is vital. Our guide outlines the most efficient solar panels to help you choose the best. 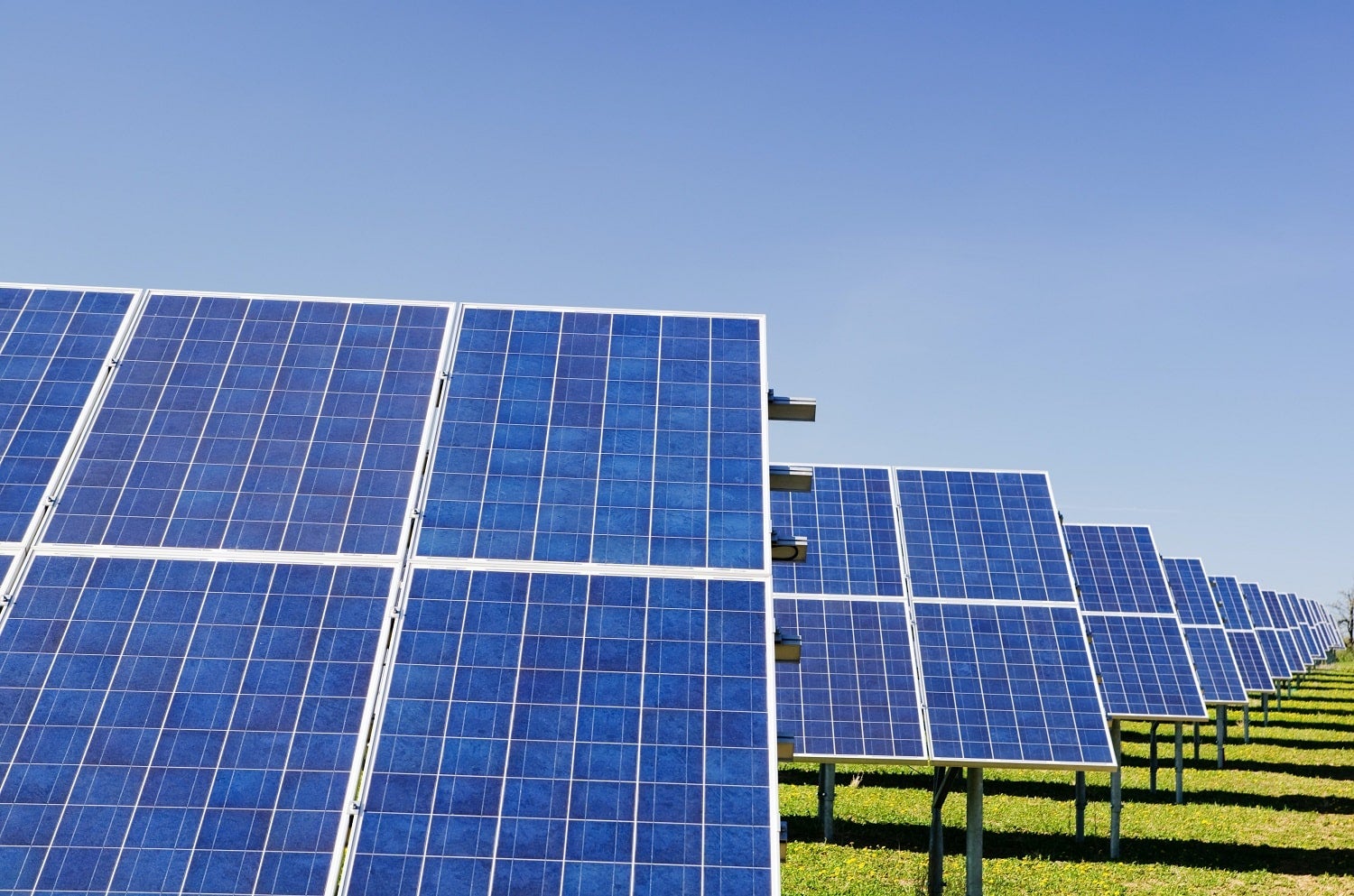 Are you a resident of Washington state who is interested in buying a new solar energy system? Click here to learn about solar tax credits and rebates available in your state.