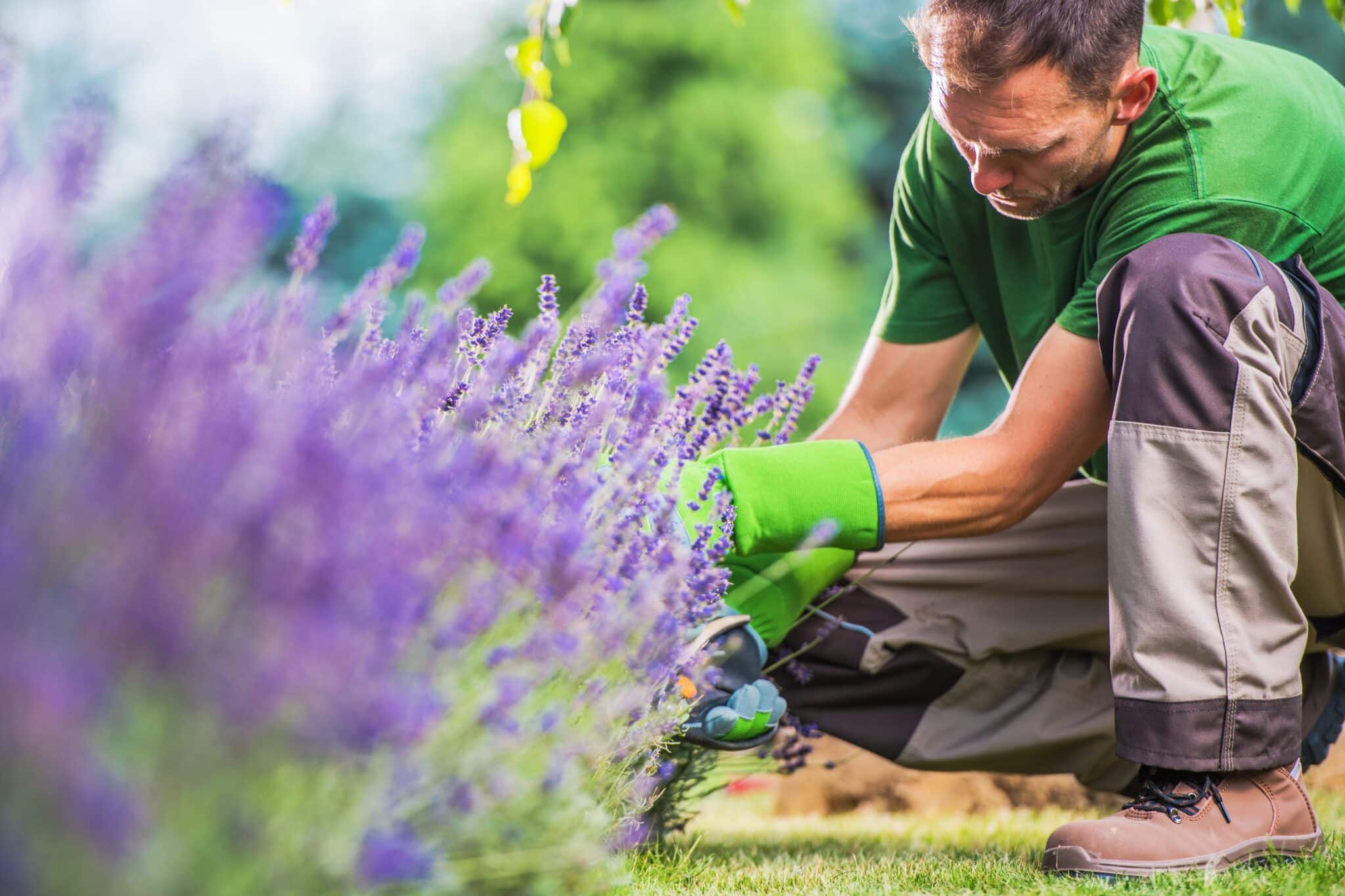 When to Apply Pre-Emergent to Avoid a Weed Lawn

Weeds are the bane of every lawn, and dealing with them after they’ve laid claim to part of your lawn can be an uphill battle. The best way to keep your lawn healthy and weed-free is to get ahead of the problem by applying pre-emergent herbicide before the weeds can take root. Pre-emergent products prevent weed seeds from germinating so that they never get a chance to grow and spread.

Applying pre-emergent weed control is not as easy as other lawn treatments since timing is critical for it to have the most impact without damaging your grass. This guide explains why, how, and when to apply pre-emergent for the best results and covers spring vs. fall application and granular vs. liquid pre-emergent. If all of this sounds like too much for you, you can always hire a professional service to do it for you since all of the best lawn care companies offer pre-emergent weed control.

Generally speaking, the best time to apply a pre-emergent herbicide is in early spring or early fall, although the specific time depends on your local weather. Ideally, you should apply pre-emergent weed control when the soil temperature reaches 55°F. This usually happens in southern states like Florida and Georgia in early March, whereas it might not happen until June in northern states like Montana and North Dakota.

A good rule of thumb is to wait until the daytime temperatures stabilize in the mid-60s for several days since that usually means soil temperatures are around 55°F. If you want to be scientific about using pre-emergent, you can use a soil thermometer to measure your soil’s temperature. Most people find using a soil thermometer overkill, although it should theoretically give you the best results.

Applying pre-emergent products in the spring is your best defense against weeds that germinate in late spring, like crabgrass, foxtail, and sandbur. The trick is to apply the herbicide after your grass has started to sprout but before the weeds start to take hold. Pre-emergent herbicide is a weed preventer that stops seeds from germinating, making it effective only before germination starts. The trouble is that most pre-emergent treatments will prevent all seeds from germinating, including beneficial ones, so it is essential to get the timing right.

Timing is especially important if you want to treat your garden or flower beds with pre-emergent. Applying pre-emergent before the flowers sprout can prevent them from growing, wasting the money and effort you spent planting them. Instead, you should wait until your plants mature before applying pre-emergent.

Early fall is also a good time to treat your lawn with pre-emergent. Some invasive species like henbit and chickweed usually pop up in the fall when temperatures cool off, leading to a weed-choked lawn come springtime. You should still apply pre-emergent in the fall even if your lawn appears weed-free since many weeds will stay small and unnoticeable until the following year, and by then, it will be too late to control them with pre-emergent.

Fall pre-emergent application can interfere with overseeding, so you may want to forgo it if you need to overseed. Pre-emergent kills weed seeds and grass seeds alike, so you should avoid using pre-emergent herbicides whenever you plant new grass seed. Unfortunately, this probably means you’ll have to use post-emergent weed killer in the spring since any weeds that take root in the fall will already be too mature for pre-emergent treatments to be effective.

The best time to apply pre-emergent herbicides is when the soil temperature reaches 55°F, which varies substantially by location. If you live in USDA growing zones 1 through 5, your soil won’t reach the right temperature until late spring or early summer. Further south — in growing zones 6 through 13 — you’ll need to be ready to apply pre-emergent treatments right as the winter ends and spring begins. In warmer climates like southern California and Florida, many people get the best results from applying a pre-emergent herbicide in late February or early March.

If you’re concerned with timing your pre-emergent application based on the daytime temperature or don’t want to use USDA growing zone estimates, consider purchasing a soil thermometer. They’re relatively cheap and remove the guesswork involved in other methods. Most lawn care experts will tell you that a soil thermometer is unnecessary, but it can be invaluable for beginners while they learn.

There are two main types of pre-emergent: liquid pre-emergent and granular pre-emergent. Which you choose to use is largely a matter of preference, although some practical considerations make each better in certain circumstances.

In addition to choosing liquid or granular pre-emergent, you also need to choose what chemical you want. There are three primary pre-emergent chemicals, each with its own use case.

How Long to Wait Before Planting Grass Seed

One complicating factor is the type of grass you’re seeding. Cool season grasses, like most kinds of fescue, require cooler soil temperatures to germinate, making it impossible to wait eight weeks after applying pre-emergent since the soil temperature will be too high. In this case, your best bet is to overseed or reseed in the fall and skip the pre-emergent fall application. Keep in mind that this will most likely lead to more weeds the following spring, but it is the best option.

If all of this sounds like too much work for you, hiring a professional lawn care service like Trugreen is a great idea. All of TruGreen’s lawn care plans include pre-emergent weed control except for the all-natural TruNatural plan, making it easy to get top-notch pre-emergent weed treatments, whatever your budget may be. Using TruGreen means you don’t have to worry about finding the perfect time to apply pre-emergent in between overseeding and fertilizing your lawn, and it is not much more expensive than doing it yourself.

The company also offers an impressive array of other lawn care services, including customized fertilization programs, targeted herbicide application, grub control, and tree and bush landscaping. It also offers standalone services like soil amendment services, mosquito defense treatments, and flea and tick prevention outside of its lawn care packages. You can read more about what the company has to offer in our TruGreen review.

Can you apply pre-emergent too early?

What temperature do you apply pre-emergent?

Most pre-emergent weed control products work best when the soil temperature is around 55°F. If you don’t have a soil thermometer, waiting until the average daytime temperature hits 60°F–70°F will ensure you aren’t applying the pre-emergent too early.

Do you water after applying pre-emergent?

Liquid pre-emergent is a different story and needs to be watered in to reach the soil. Once again, a quarter-inch of water is all it takes, so you could get lucky if there’s rain in the forecast. Otherwise, running your sprinkler for 15–20 minutes for 2–3 days after applying liquid pre-emergent should do the trick.

Should I cut grass before applying pre-emergent weed killer?

Can you overseed after pre-emergent weed killer application?

Yes, you can, but you should wait at least eight weeks after applying pre-emergent to overseed. Pre-emergent herbicides are non-selective, which means they will prevent all seeds from germinating, including grass seeds. If you overseed shortly after using pre-emergent, the grass seed won’t take, and your lawn won’t benefit at all.

Will heavy rain wash away pre-emergent?

Should you dethatch before pre-emergent?

How long does pre-emergent last?

Pre-emergent lasts around 3–5 months, so most people apply it twice per year. Spring pre-emergent is perfect for protecting your lawn against crabgrass, dandelions and other types of weeds that grow during late spring and early summer. Fall pre-emergent is effective against late-season weeds like henbit and chickweed and can help you avoid a post-emergent herbicide application the following spring.

How to Grow Grass Fast

Learn about the best techniques for getting grass to grow quickly. Which is better: hydroseeding, traditional seeding, or laying sod? 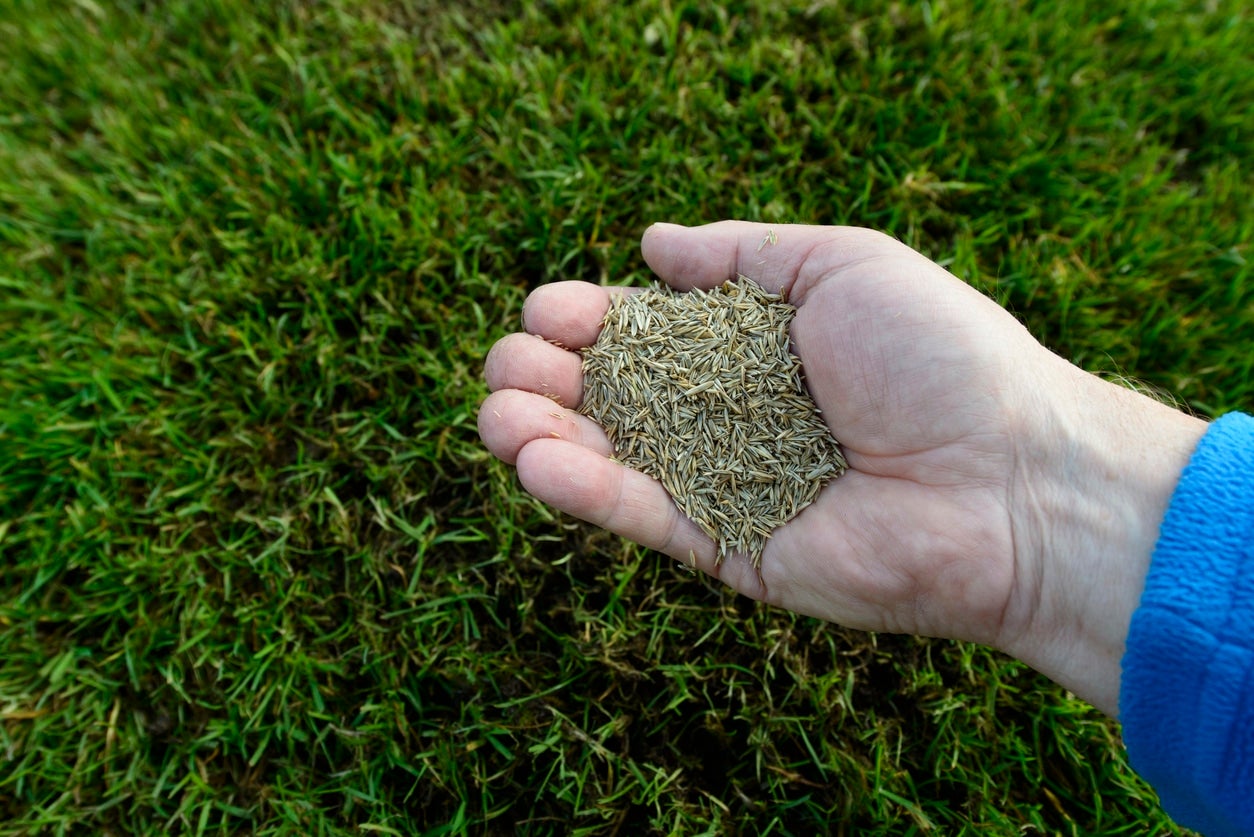 This article provides a comprehensive guide to low-maintenance, drought-resistant types of grass to help you decide which one is right for you. Read on to learn more. 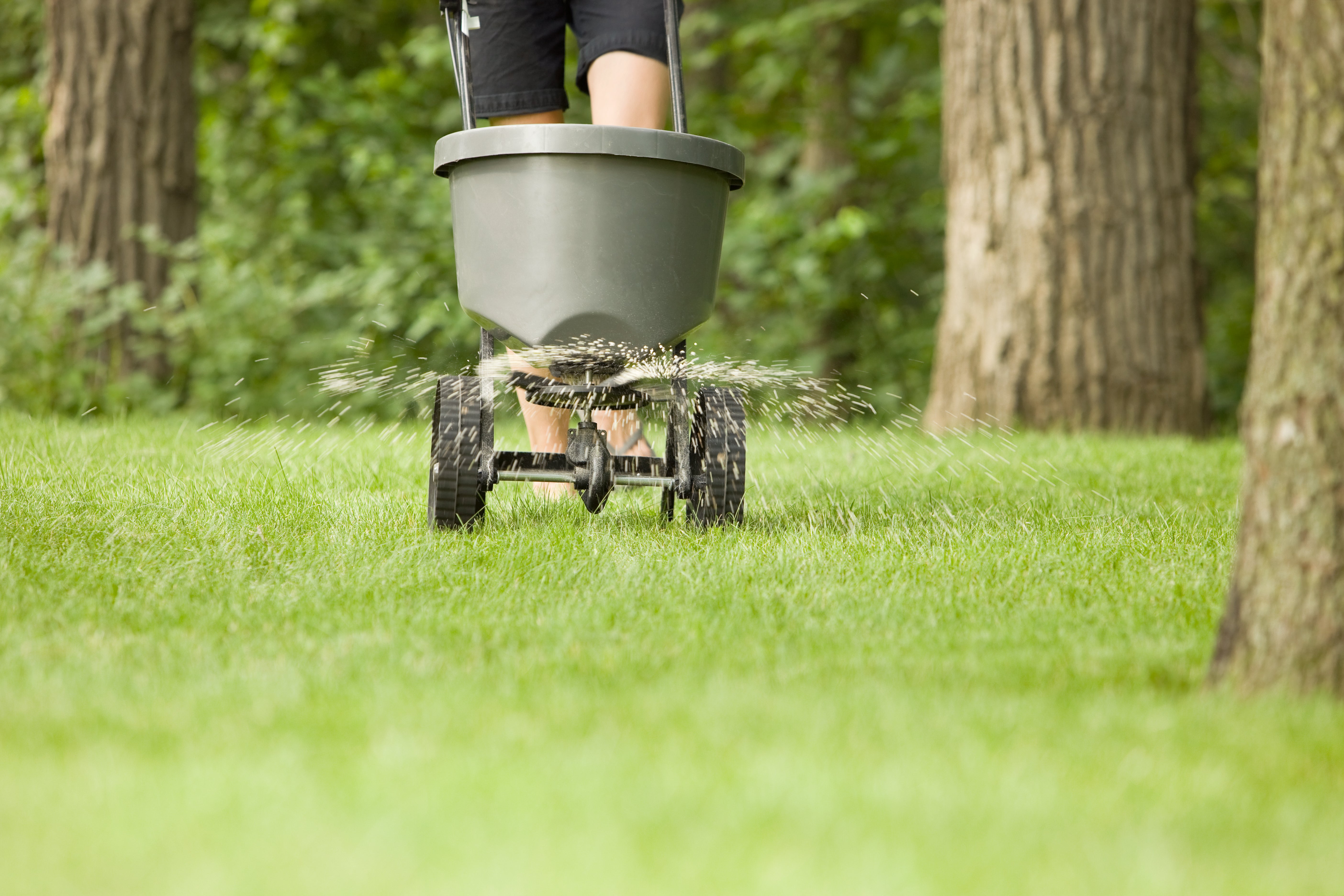 Fertilization is essential for lawn care. Find the best lawn care fertilizer services that will ensure you have a healthy and green lawn to enjoy year-round. 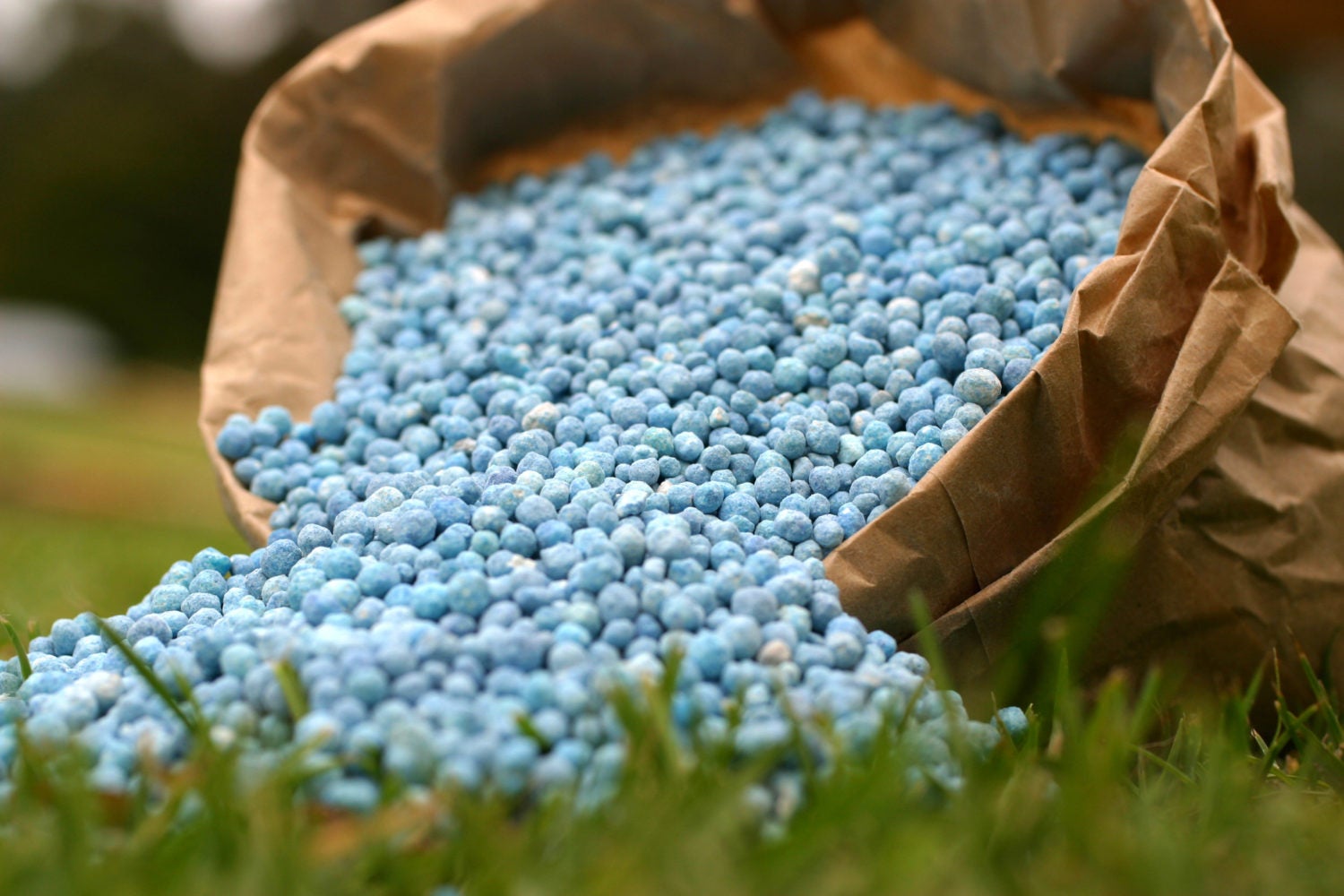 Our guide to lawn fertilizer explains how to choose the right fertilizer for your lawn, read the label, and safely apply the fertilizer to your lawn.

Looking for the best products or safe lawn care that you can apply to your lawn yourself? Read this guide on the best DIY lawn care, costs, products, and more. 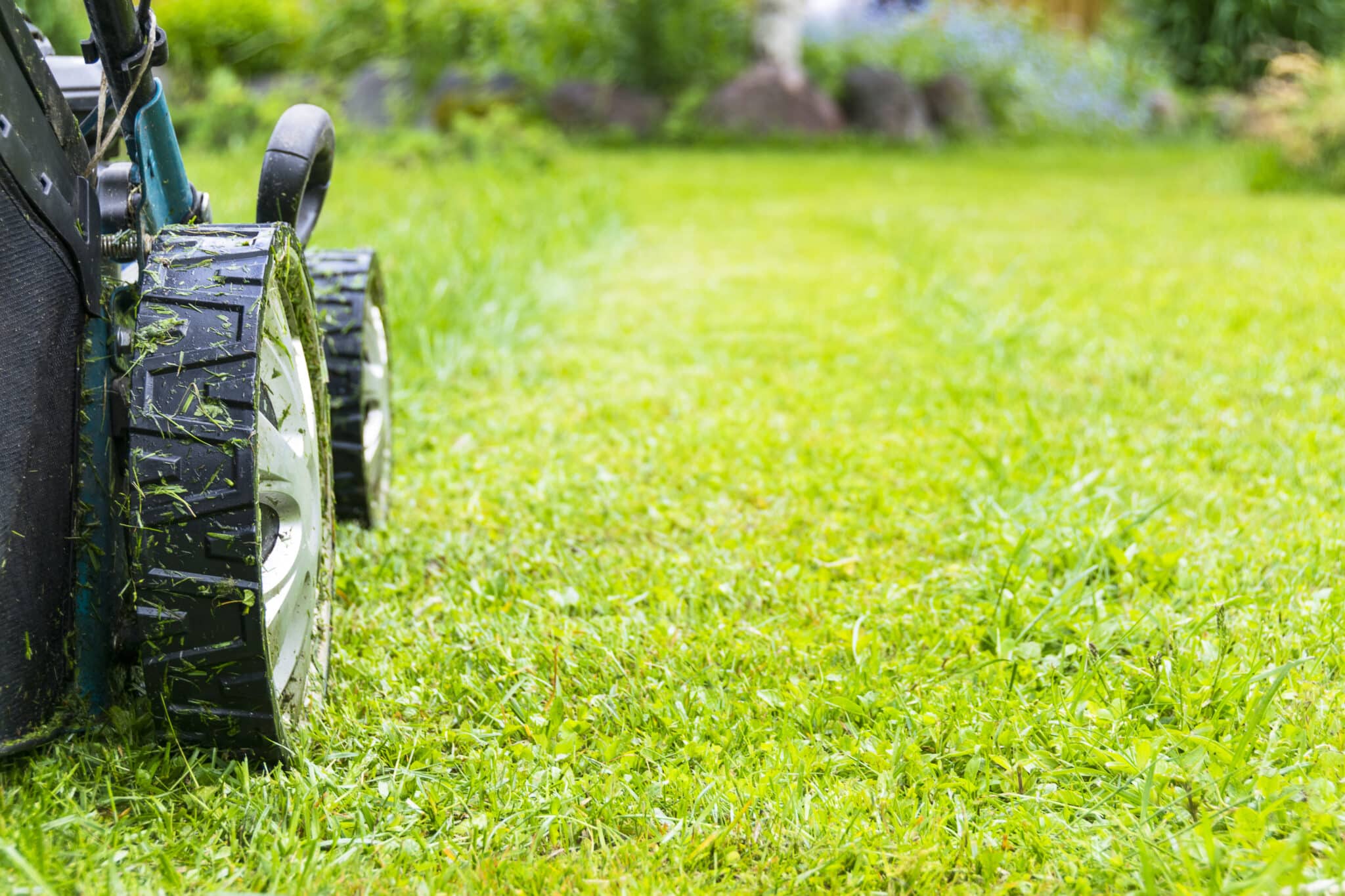 Looking to get rid of the pesky weeds that clutter your healthy lawn? Read this guide to discover the best lawn care services to exterminate unwanted weeds. 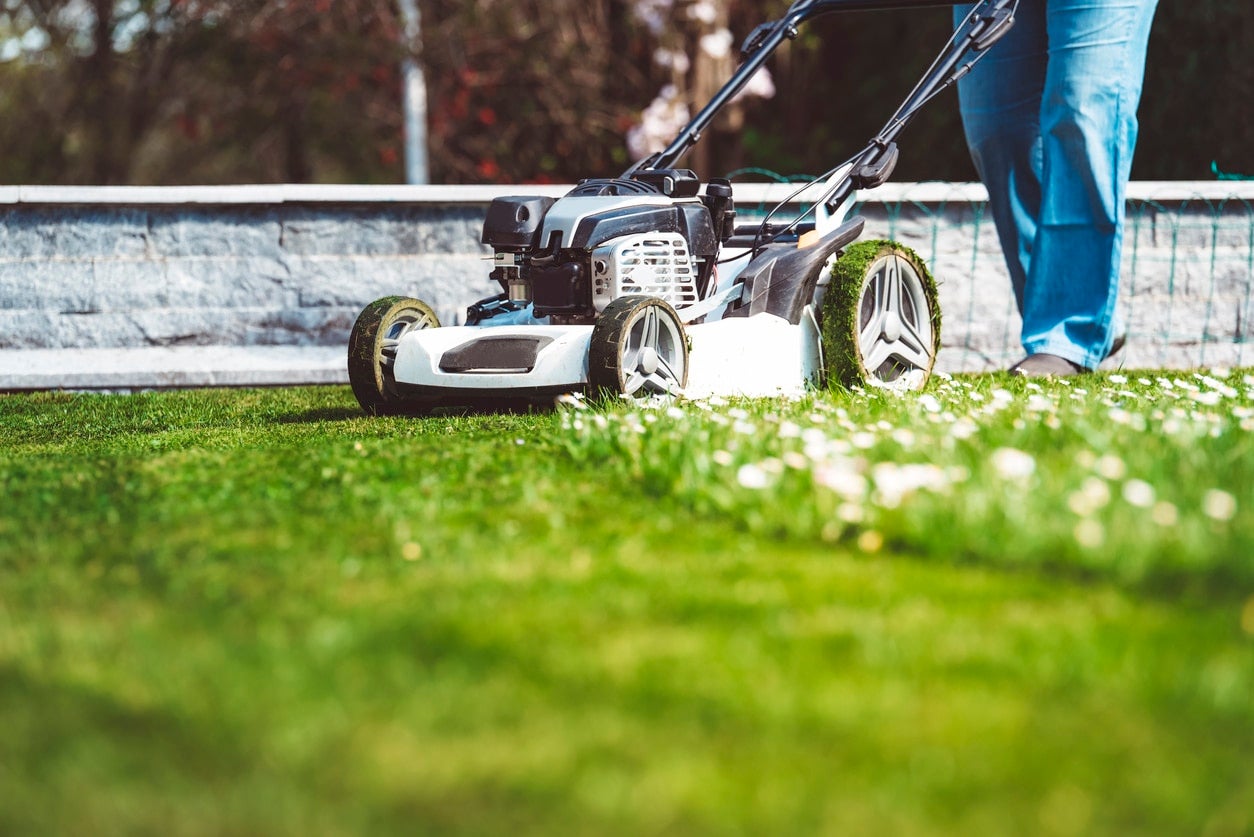 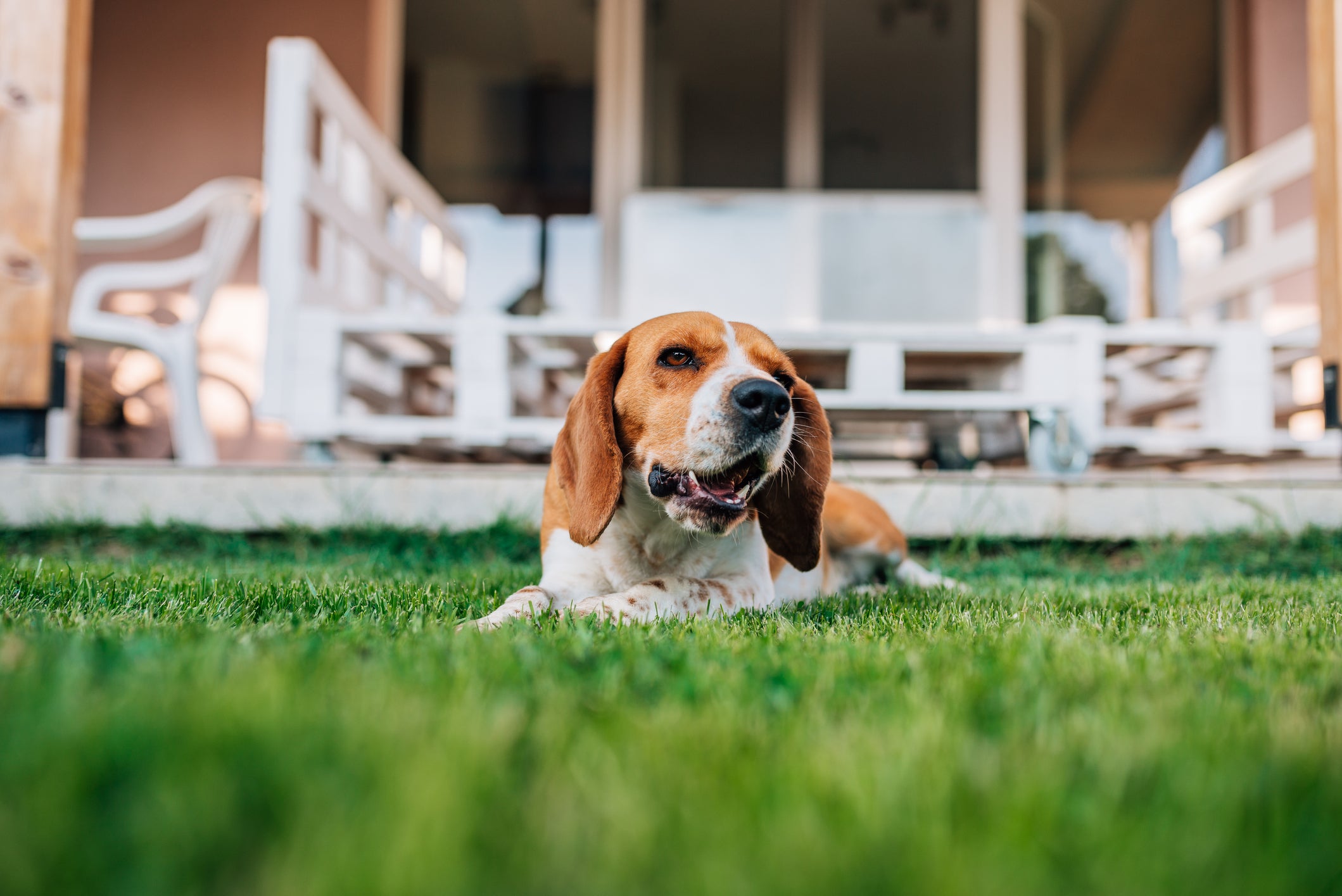 Are you a dog owner looking to green up your lawn? Use this guide to find the perfect lawn care service whose products are safe for your lawn and your pet.