A Guide to Buying the Best Shower Filter 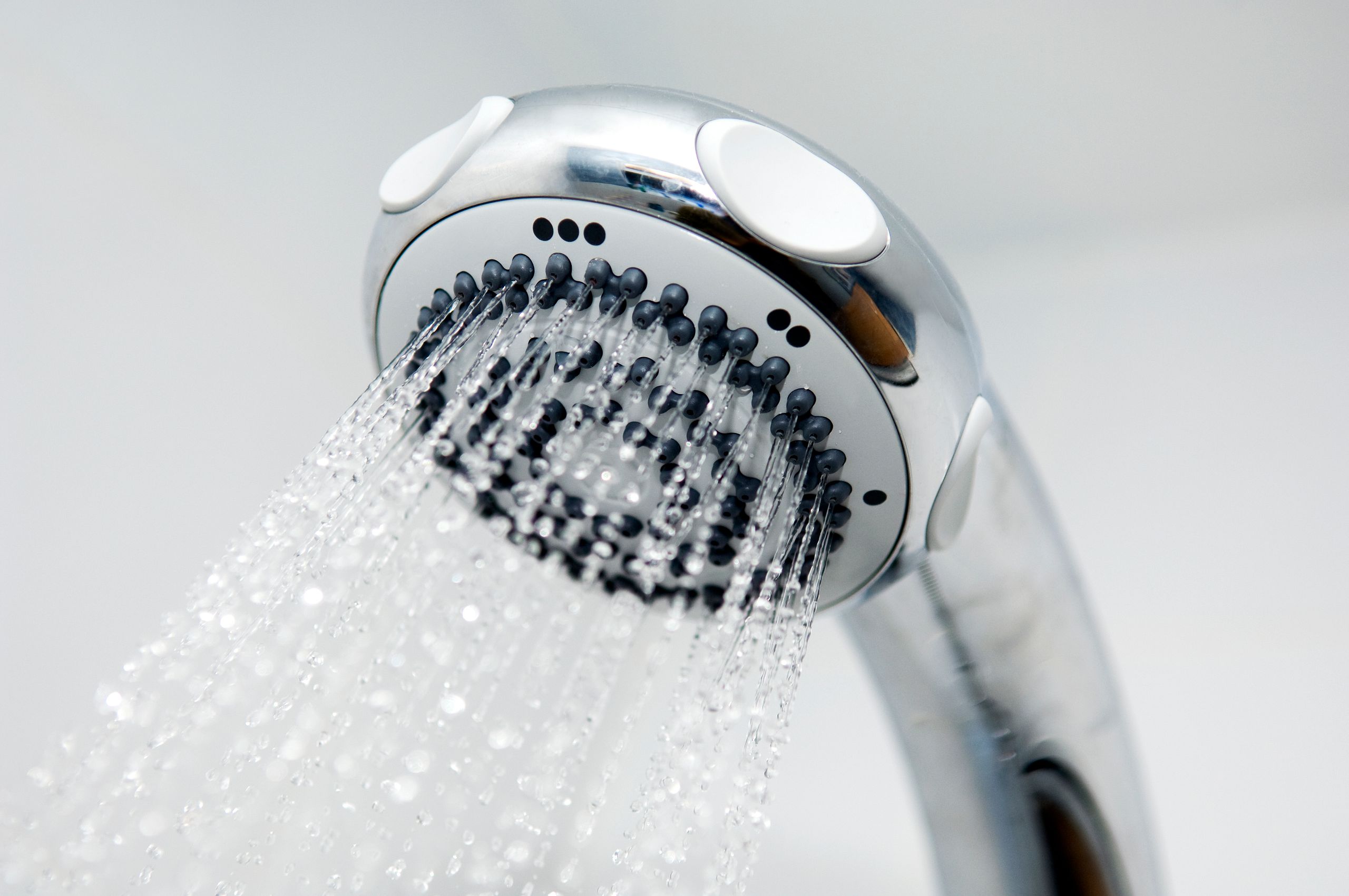 The best shower filter removes harmful elements from your water, eliminates odors, improves skin and health benefits, and leaves you with an overall better shower experience. Not only will a shower filter reduce itchiness, dryness, and irritation, it’s an inexpensive option that allows you to filter shower water without having to install a house-wide water filtration system. We’ll go over important factors to consider before buying a shower filter and provide our picks for best shower filter.

How to find the best shower filter

Here are some factors that should be considered prior to purchase.

There are two types of shower filters that remove chlorine and other harmful materials from your water: Kinetic Degradation Fluxion (KDF) and vitamin C.

What contaminants need to be reduced or removed from the water

All shower filters will either remove chlorine or reduce the amount of chemicals from the water that flows through your shower head. Some filters will also remove heavy metals, pesticides, and chloramine. Other filters will soften hard water by removing high levels of calcium and magnesium.

Filters typically last an average of six months (some shorter, some longer), but the actual longevity will depend on how many showers you take and how long they are.

Before committing to a specific shower filter brand, ensure that you’ll be able to buy replacement filters for the product. If replacement filters aren’t available, you could end up paying for a brand new set every time the filter needs to be replaced.

Reading product and customer reviews is extremely helpful when determining which shower filter is best. Read objective and third-party reviews to understand what each filter does and what it doesn’t do. 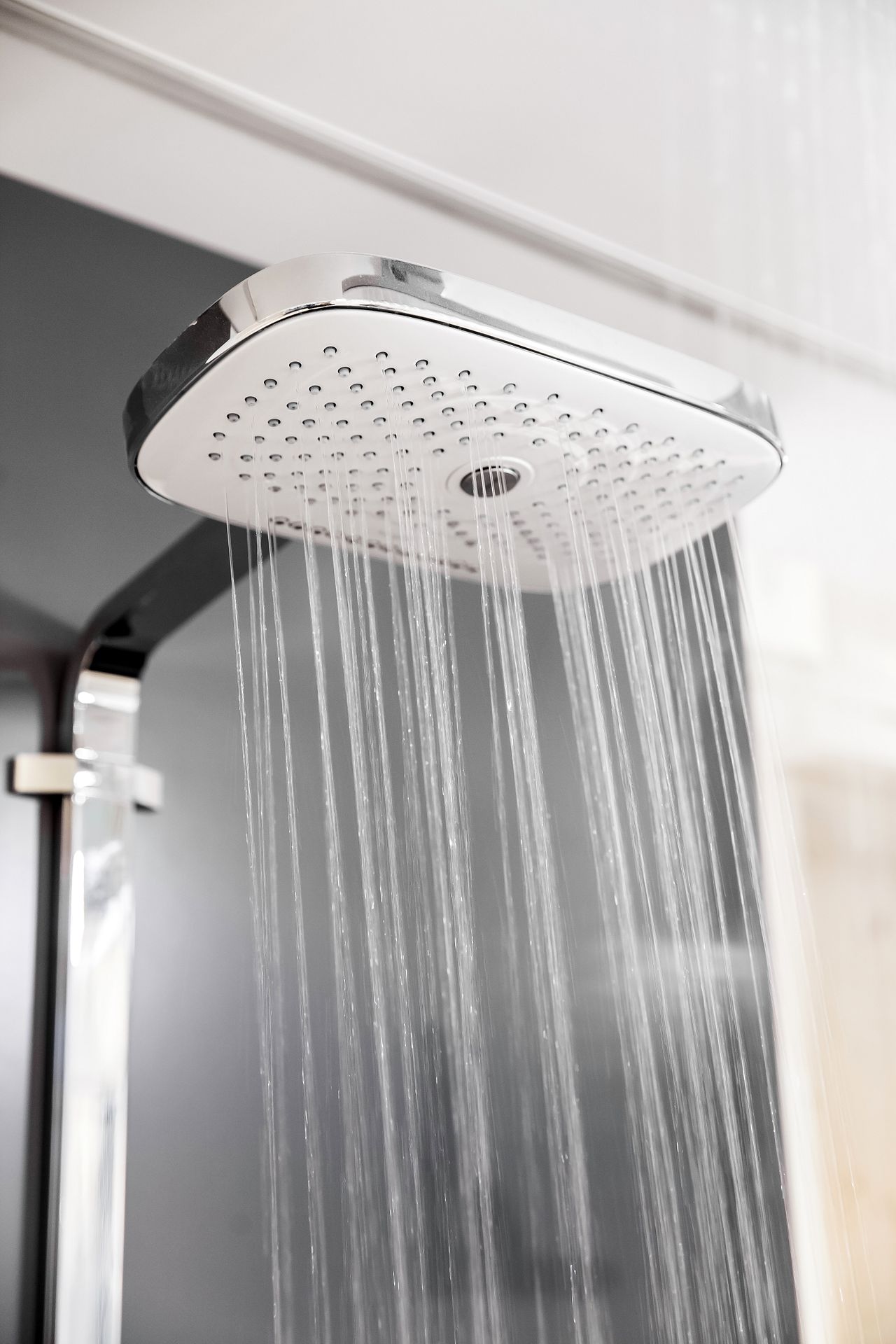 This shower filter is easy to install and can be set up in a matter of minutes. The filter doesn’t come with a shower head, but it can be attached directly to the one you’re currently using: the AquaBliss is a universal fit and can adapt to all shower head types. This shower filter also supports the pH balance of water, soothes dry, itchy skin, and reduces dandruff and eczema.

If you’re interested in removing just chlorine from your water, consider using this Sprite filter. It removes most chlorine and some combined chlorine sediment, hydrogen sulfide, and iron oxide. It comes with a one-year warranty and is expected to last for 12 months, or 20,000 gallons, whichever comes first.

The only way to remove chloramines from your shower water is to use a vitamin-C-based shower filter. Expertly crafted in South Korea, this vitamin C water filter will remove 99.9% of chlorine and chloramine from your water before it even hits your skin. It has a minimalist design and easily attaches to your existing shower head without affecting its height or positioning.

This filter removes chlorine and heavy metals like lead, mercury, nickel, and chromium. It also inhibits the growth of scale, algae, fungi, and mold. With multi-stage filtration (a unique blend of KDF 55, calcium sulfite, and activated carbon), this filter ensures maximum filtration in both hot and cold water. This filter can be connected to your shower head in minutes, no tools required.

This filter significantly reduces calcium and magnesium, which are two of the biggest culprits that create hard water, and reduces chlorine, bacteria, and other water sediment. A new filter should be installed approximately every six to eight months or after 10,000 to 12,000 gallons of water use.

This is one of the longest-lasting shower filters on the market. Not only does this filtration system remove nearly all of the chlorine from your water, it also enhances pH levels for clean, well-balanced showers. Note, however, that this filter doesn’t filter out chloramine. Another benefit: the premium massaging shower head has multiple massage settings and keeps water pressure strong through its unique, up-flow design.

Aside from removing unwanted bacteria and chemicals from your water, this filter comes with vitamin C ceramic balls that soften the water and offer additional skin and hair benefits. It also reduces dry, itchy skin and eliminates dandruff. It’s compatible with a Moen or any other shower head and doesn’t affect water pressure.

This shower head has an EPA WaterSense certification (this means that the shower filter will reduce demand on water heaters and save electricity, allowing you to save more money) and comes with an NSF certification (this certification proves that the product has been rigorously tested to prove its effectiveness in reducing chlorine). It comes with five different spray settings and does a great job at preventing sulfur, chlorine, and other common minerals found within water from reaching your skin. It has a cartridge that lasts for 10,000 gallons or six months of shower use. Each filter should last about six months. Installation takes less than 10 minutes and comes with a two-year limited warranty.

This shower filter doesn’t come with a shower head, but is compatible with most standard shower head types and will take you less than five minutes to install. Adopting KDF 55 granules, the Berkey shower head filter eliminates chlorine, iron, iron dioxide, and heavy metals, while inhibiting the growth of bacteria, scale, mold, and fungi. The filtering cartridge should last 20,000 gallons, or one year, before a replacement is necessary. 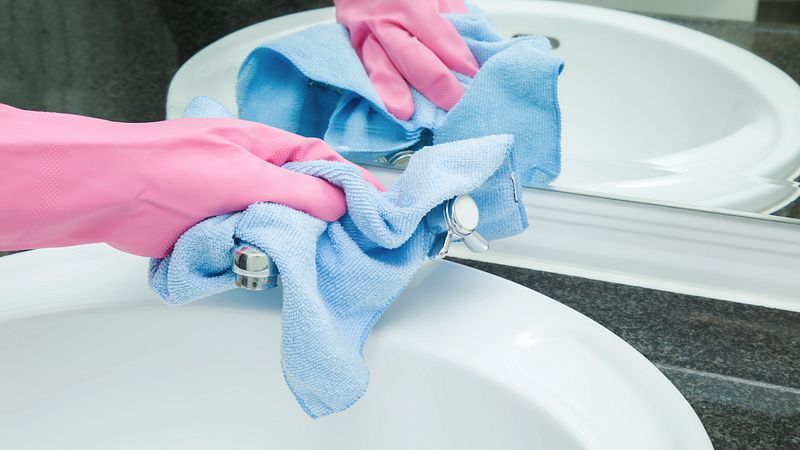 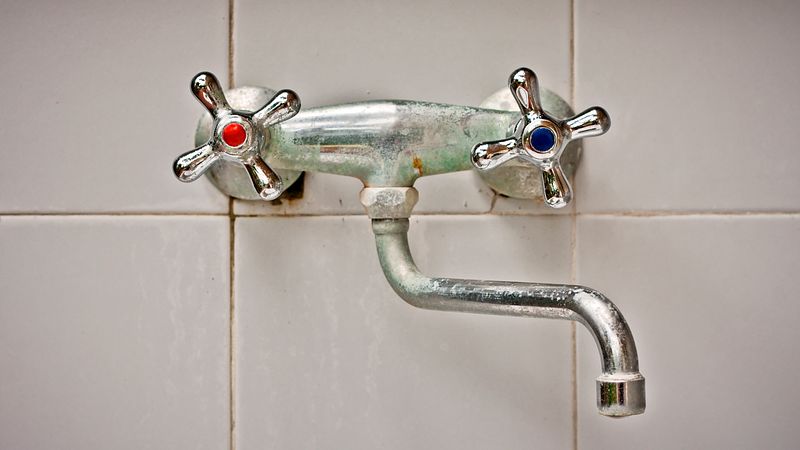 How to Eliminate Hard Water Stains

Hard water stains, which are yellow/white chalk-like deposits on metal, porcelain, and tiles can be easily eliminated using household products. 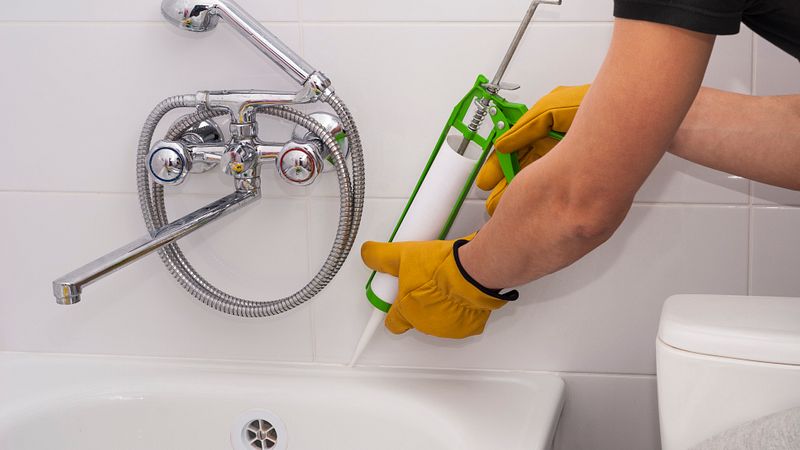 How to Caulk a Shower or Tub

Here’s your step-by-step guide on how to caulk a shower or tub. How to prep, what materials and tools to get, and how to complete the job like a pro. 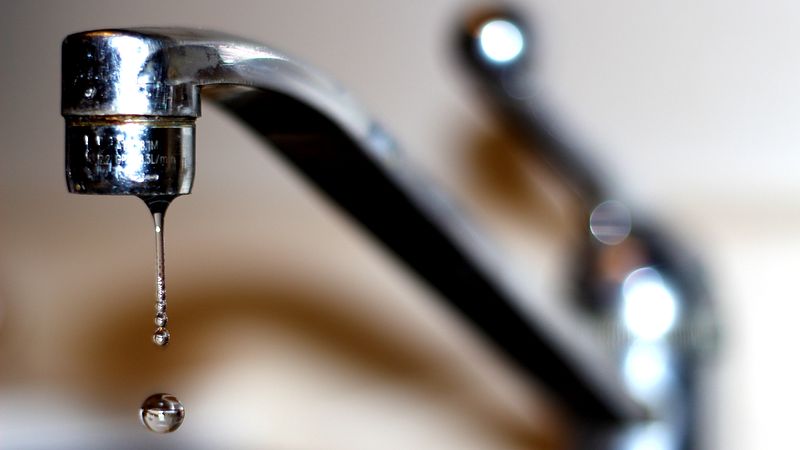 How to Fix Low Water Pressure in Your Home

Learn how to determine the cause of low water pressure in your home, what you can do about it, and when to call in the pros. 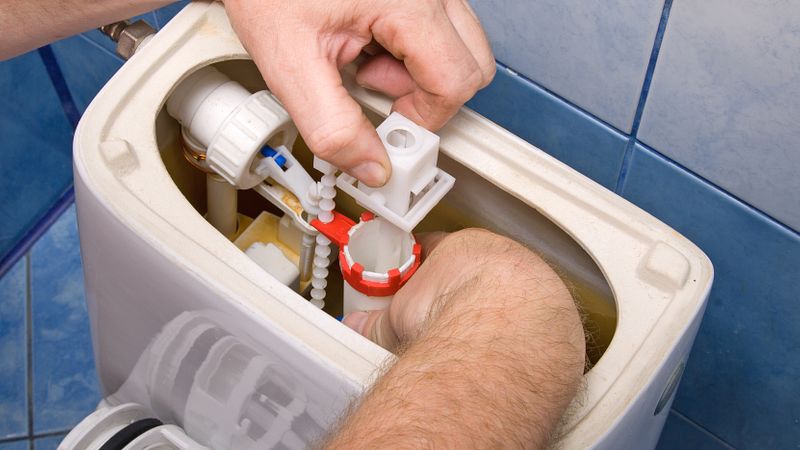 How to Fix a Running Toilet

Plumbing is an area of home repair that many homeowners and renters choose to stay away from. But some projects, like dealing with a running toilet, are fairly simple to handle on your own. Learn how to fix a running toilet with this troubleshooting guide. 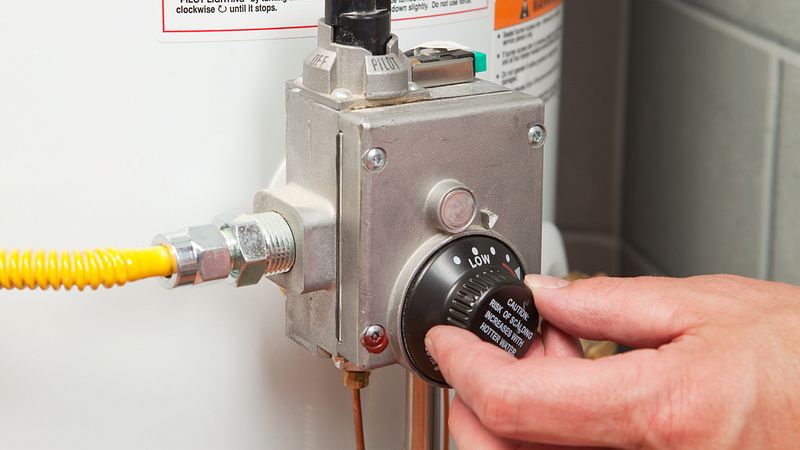 How to Set Your Water Heater Temperature

Prevent the dangerous risk of scalding, stop bacteria breeding, and keep you water temperature at a comfortable level. Here’s how to set your water heater temperature in four steps. 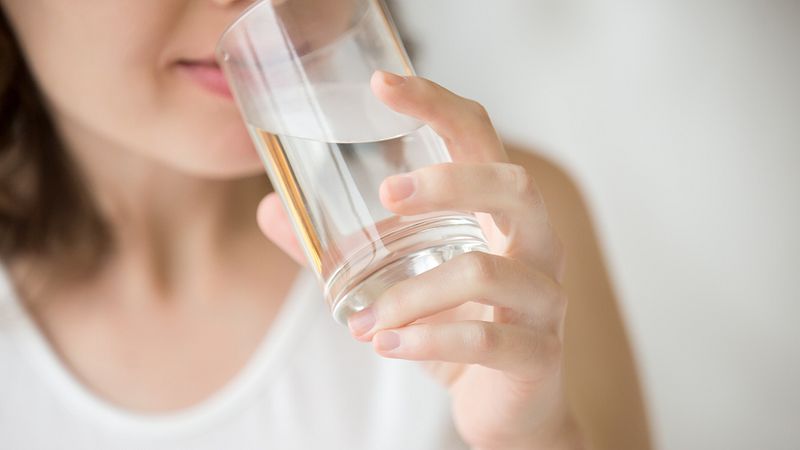 Why Your Tap Water Smells Bad

Tap water can take on various foul odors for a number of reasons. Read on to learn some possible reasons why your tap water smells bad.