House Method reviews save you time, save you money, and are always free. Here we compare home security systems and explain why we choose Vivint for home security and automation. Advertiser Disclosure.

Smart homes that seem to anticipate your every need have been prominently featured in popular culture for years now, but they always seemed like an exotic feature for the wealthy. However, technology has finally advanced enough that average consumers can afford to have smart home features incorporated into their own homes. Imagine a house that automatically turns off the lights and lowers the thermostat when you go to bed. Or one that texts you to ask if it should close the garage door because it has noticed no one is at home.

Vivint, a home technology company, offers smart home and security products. It has the Vivint Sky system that “learns” how you live by monitoring devices and sensors and uses artificial intelligence to make smart suggestions—like shutting that garage door you forgot to close when you rushed out this morning.

House Method recommends Vivint as a home technology company because it can help with both home security and smart home technology. For a free quote and consultation about Vivint systems, call 888.841.5276.

While Vivint uses the “Sky” name for the artificial intelligence system that makes a smart home smarter, the company once used the “Sky” name for its control panel and its mobile app. It now uses the “Smart Home” name for those products. So, what used to be known as the Vivint Sky mobile app is now known as the Smart Home app. The Vivint Smart Hub™ is the touchscreen you can use as an in-home hub to control all your smart features and security features. It used to be known as the SkyControl Panel.

All three parts of the system—the Vivint Sky AI system, the control panel, and the mobile app—work together to make the Vivint system easy to use with intuitive controls. As you use the control panel and the app to make adjustments in your home’s smart appliances, the artificial intelligence system pays attention to what you’re doing and learns about you, such as about what time you go to bed and how you like the thermostat set overnight.

The artificial intelligence system learns from your in-home devices, such as your smart locks and sensors, and learns your daily routine. Eventually, Vivint Sky starts making recommendations, which it will send to you through the Smart Home app. 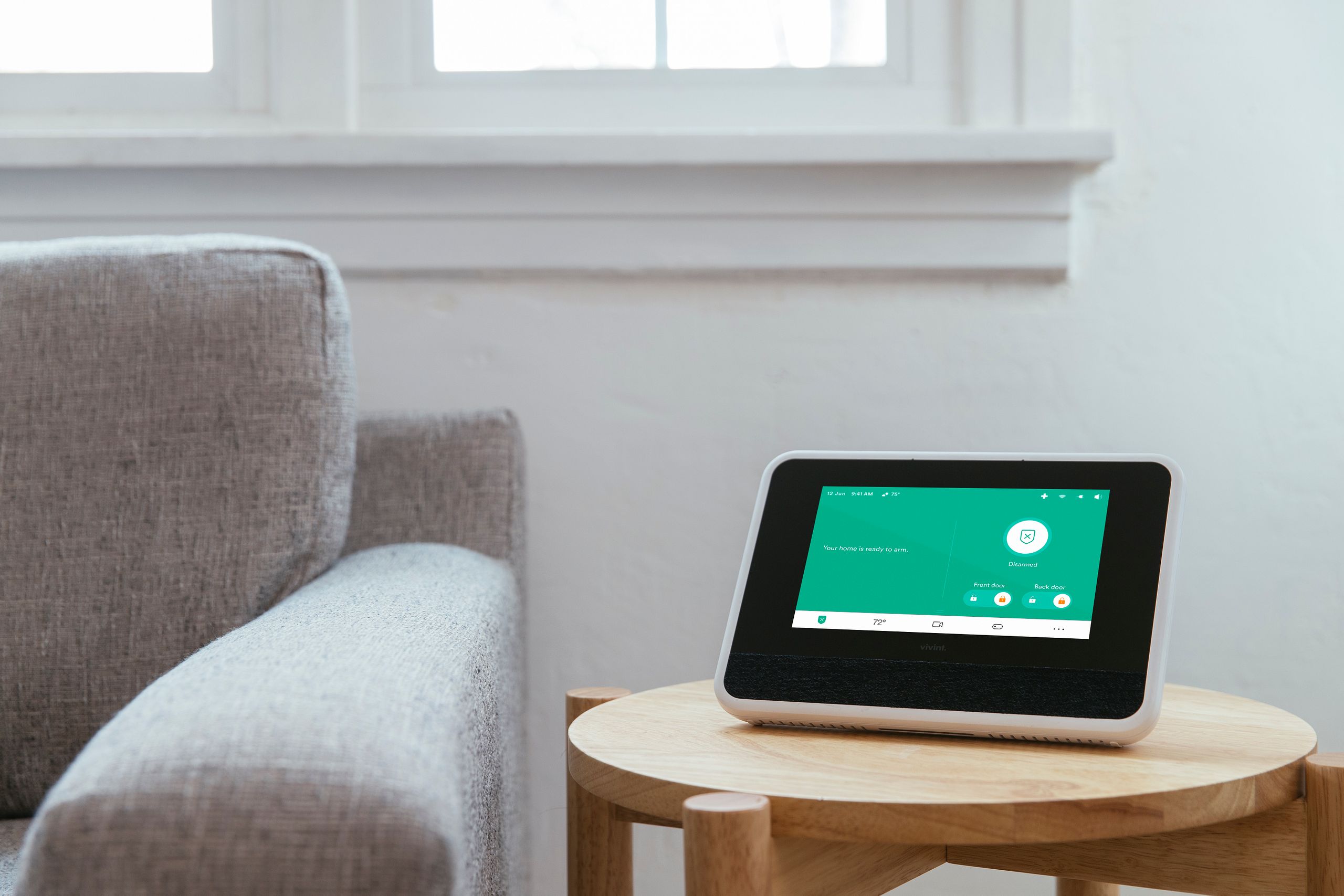 The Vivint Smart Hub™ serves as the hub of your remote-control home, and all your associated smart devices can be controlled from this panel. With one central control spot, you don’t have to walk through your house turning lights on and off or checking to see if doors are locked and alarms are set.

Vivint sells a wide variety of products that integrate into the Smart Home system, including:

In addition to all the products designed and made by Vivint, some products made by other companies can also be used with the system, including the Nest Thermostat. With the growing use of smart speakers, Vivint has created a system that works with Google Home and Amazon Echo. By integrating these smart speakers into the system, you can use voice commands and the touchscreen to operate your smart home system.

Even though it’s no longer referred to as the SkyControl Panel, the Smart Hub™ sends usage data to the cloud, where the Vivint Sky artificial intelligence system is able to study the data and apply its algorithms to make recommendations.

When you’re out of the house—whether you are visiting the neighbors or away on an international business trip—the Smart Home app allows you to control your home from your mobile device. You can arm or disarm alarms, see who’s at your front door, and adjust the temperature to save energy. If a delivery person rings the Vivint Doorbell Camera, you can see who’s there, talk to them, and even unlock the door so the package can be placed inside, then relock the door. No more worrying about package deliveries when you’re not home.

The app lets you set up custom rules and notifications to determine what situations you want to be notified about. For instance, if you want to be alerted someone has opened a window when the air conditioning is running, you can set up a notification for that. Vivint uses automated technology including texts to keep you up-to-date based on your preferences.

Every member of your family with a smartphone can use the Vivint Smart Home app, and you can create individual accounts for each person. That means you can set the permissions and controls for each of your children and keep them age-appropriate. For instance, you might want your children to be able to unlock the front door when they get home from school and lock it once they’ve entered the house, but you might not want them to open garage door, so you can leave that permission off their account. 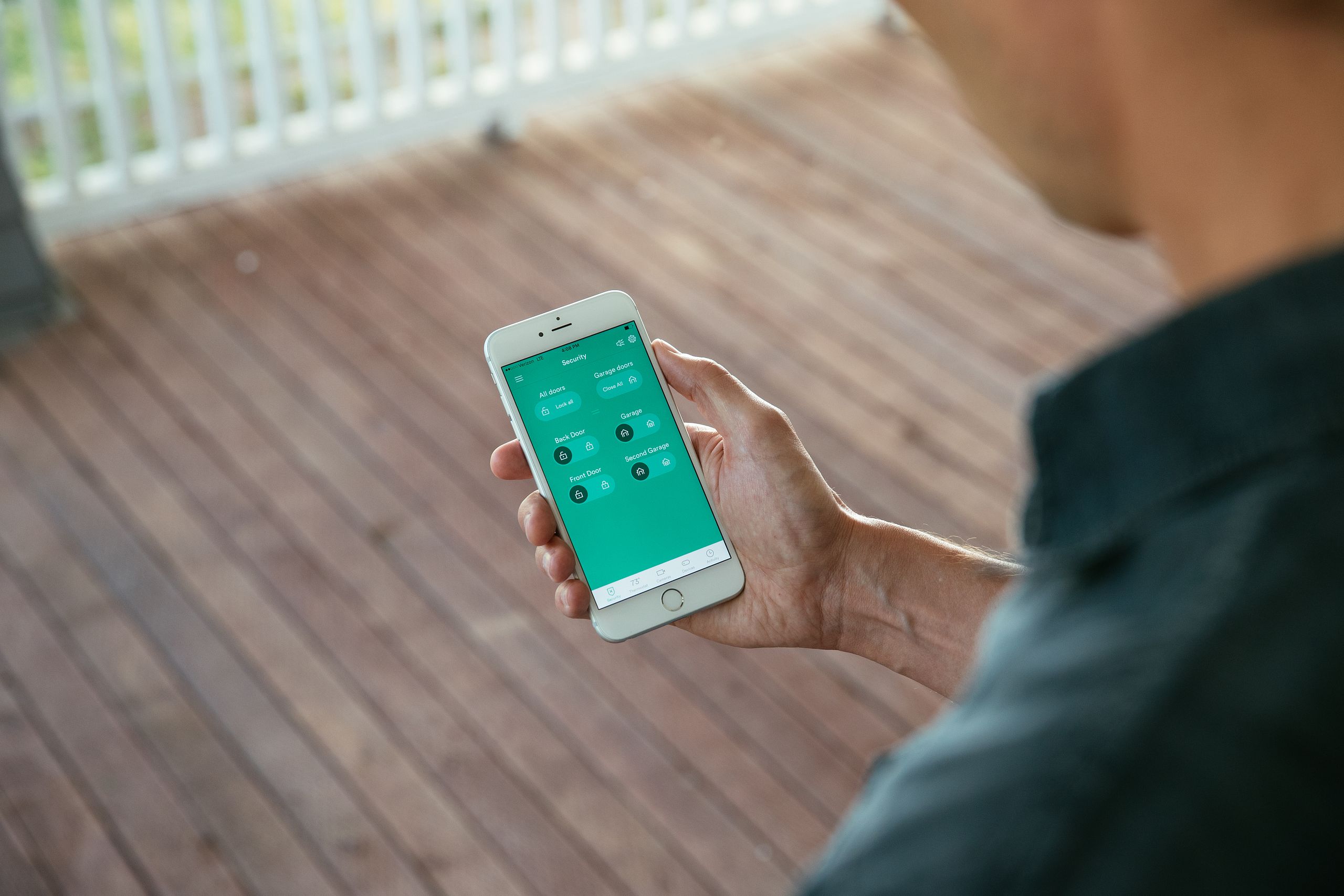 Consumers can choose from six packages to design a remote-control home that has all the features they want.

Vivint equipment may be purchased and financed, and the minimum purchase is $549.99.* The company offers interest-free financing for 60 months, and while you are financing your equipment, you must have a service agreement, which costs a minimum of $39.99 per month. For some camera functions to be available, the minimum per month is $49.99.

Consumers like the Vivint Smart Home app and the Vivint Sky app that preceded it. The app has a 4.6-star rating at the Google Play store, with more than 44,000 reviewers leaving comments. One user, for instance, was happy her kids could disarm the alarm system when she’s not home to greet them. Others like the ease of using one app to do everything from setting the security system to changing the temperature setting. Reviewers also like that they can monitor the inside and outside of their house, including their front door, through video or live feeds from the cameras.

The Vivint Smart Home system has a 7.7 out of 10 TrustScore, based on over 12,000 reviews. Consumers praise the professional installation, excellent customer service, and the convenience of using the system, whether they access it from their phone or the control panel.

While we’ve heard about smart homes for years, many people think they are only for people who are tech savvy, yet nothing could be further from the truth. Vivint’s system is designed to be intuitive and easy to use, with no need for any technical ability.

Many kinds of people benefit from the remote connectivity and ability to view what’s going on in their house via the Vivint Ping Camera, which also allows two-way communication. Families with special needs children find the system helps them monitor their kids. That’s a real concern, because nearly half of all kids with autism wander off, according to the American Academy of Pediatrics.

Rob Gorski, who has three kids with autism and blogs as the Autism Dad, said his Vivint system helps keep his kids from wandering. The Vivint Ping Camera allows him to keep an eye on his kids via a phone or tablet but still give them a feeling of independence. Alerts on his phone anytime the door is opened helps prevent the kids from leaving the house without him knowing.

New parents often use the Ping as a video baby monitor, and people with pets will check in on their fur babies during the day from work via the Smart Home app and Vivint Ping Camera, which allows them to see live action at their home.

A smart home can also be beneficial if you have older relatives who want to stay in their current home. The Vivint Smart Home app allows you to keep tabs on what’s going on at their house even from a distance, and through the Ping Camera they can get in touch with you with the touch of a button, no tech smarts needed. 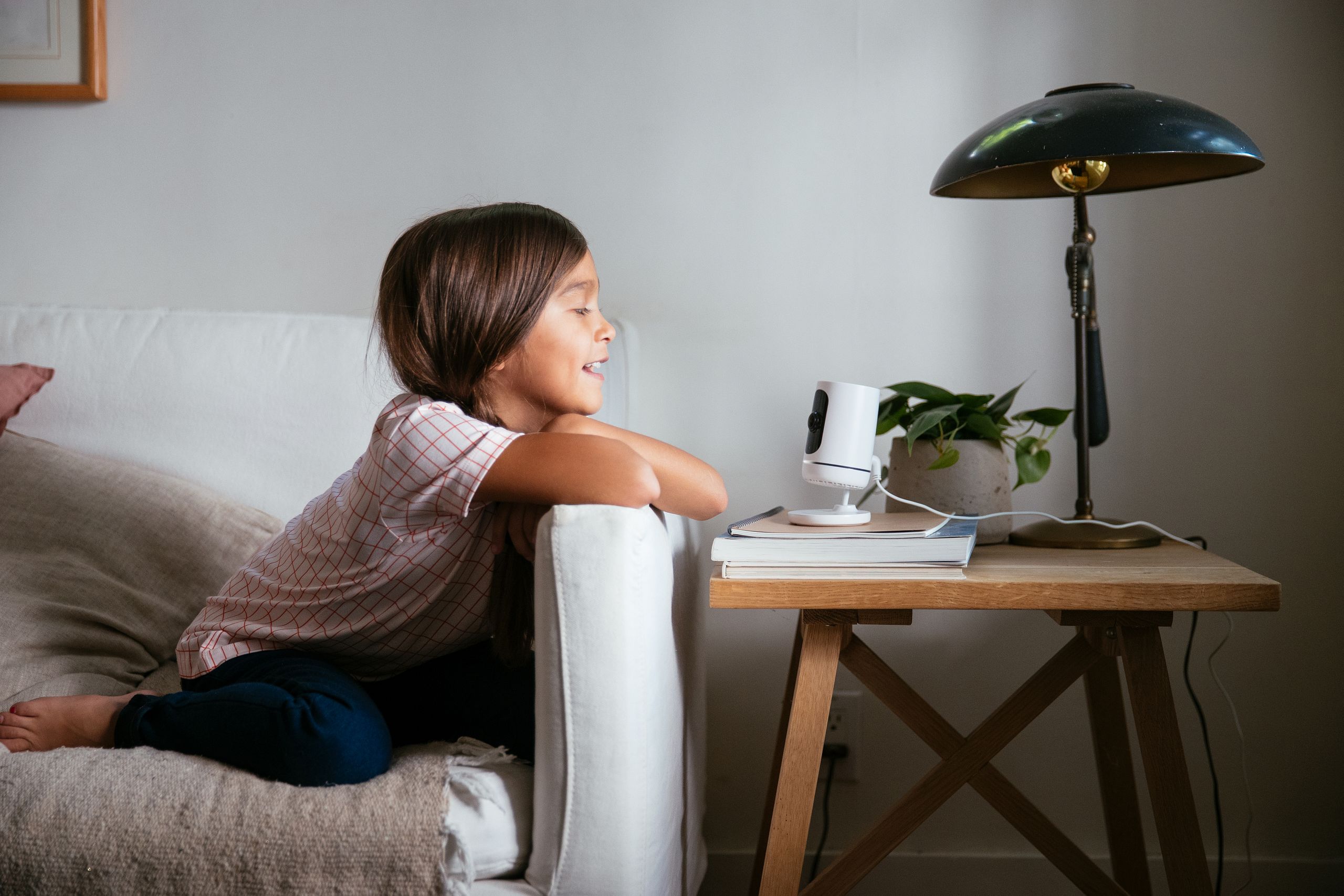 House Method recommends Vivint for consumers who want smart home or home security solutions. The company truly does make it simple to have a smart home.

While Vivint is not the cheapest option, it offers technology that is designed to work together seamlessly. Vivint designs and makes its own products, so everything works together and can be controlled from the central control panel or Smart Home app. Voice commands through a smart speaker give you a third option for simple control of your Vivint Sky-connected home.

Other benefits of choosing Vivint include the professional installation on all products, the wide array of devices that can be included in the system, and the 24/7 monitoring.

Vivint is happy to provide a consultation to help you decide which package would work for you. Call 888.841.5276 to receive a free quote. Vivint frequently offers promotions on some of its most popular products, like the doorbell camera, so be sure to ask about current promotions.*

How is the Vivint system set up and installed?

Vivint offers a free personal consultation with a Smart Home Pro to help you design the system that includes all the features you want. Vivint’s certified installers will provide professional installation on all components in your Vivint system.

Does the Vivint system work with Alexa?

Customer support is available 24/7, whether you need help troubleshooting your equipment, working with the app, or billing or account issues. You can call directly, use the online chat option, or submit an email request for help by filling out an online form.

What are common issues with the product?

Your WiFi speed can affect how many cameras the system can support. The maximum is four cameras. 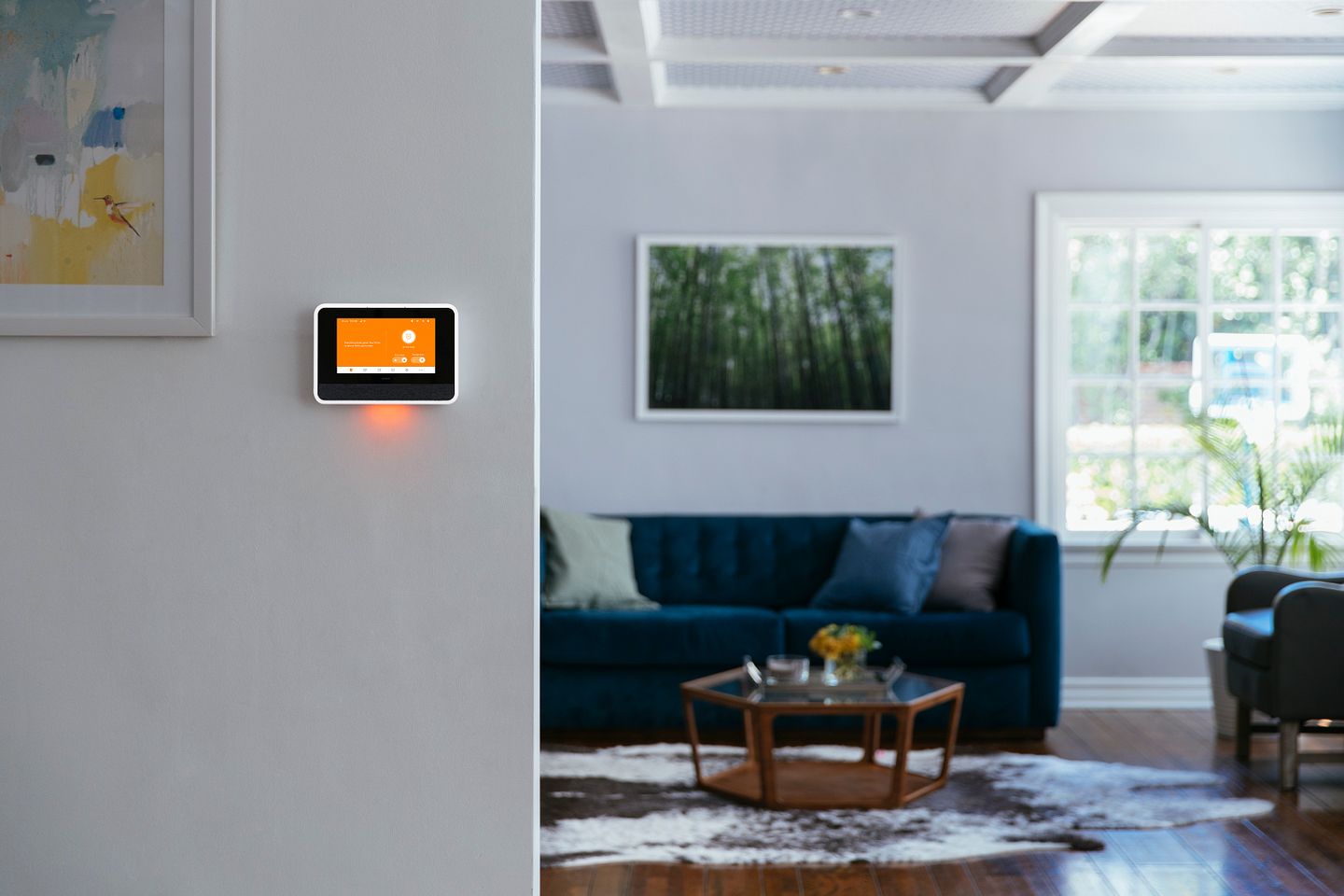 Have a safer home.

Call Vivint for a free quote.

Click Here
*Conditions apply. Click here for plan details. Plan Details: *Minimum $39.99/month services agreement required. Minimum $549.99 equipment purchase may be financed at 0% annual percentage rate (APR) for up to 60 months with no down payment (for example $9.17/month for 60 months for $549.99 of equipment financed). $49 to $199 installation fee applies. Subject to credit approval. Month-to-month service agreement available when equipment is purchased up front. Additional equipment may be purchased and financed. Financing options require monthly services agreement coterminous with applicable financing agreement (for example $39.99/month for 60 months = total services cost $2,399.40). Camera functionality starts at $49.99/month for services, with additional equipment purchase or financing required. System supports up to four cameras subject to sufficient wifi speeds. Without a Vivint services plan, product and system functionality is limited (including loss of remote connectivity). Speak to a Vivint representative at the phone number in this offer for complete equipment, services, and package details, including pricing. Offer not available in all states or provinces. Taxes and local permit fees may apply. New Vivint Customers only. Products and services in Louisiana provided by Vivint Louisiana Commercial Certificate #58280. See Vivint license numbers here. †According to App store Rating 1/11/2017 § https://www.prnewswire.com/news-releases/strategy-analytics-announces-the-top-10-smart-home-service-providers-in-the-us-300395620.html https://www.strategyanalytics.com/access-services/devices/connected-home/smart-home/reports/report-detail/the-top-10-us-smart-home-service-providers#.Wmj8diOZO8h ^ Average time in 2017 for a Vivint agent to give a price quote is 11.8 minutes. Setting up the account may add additional call time. 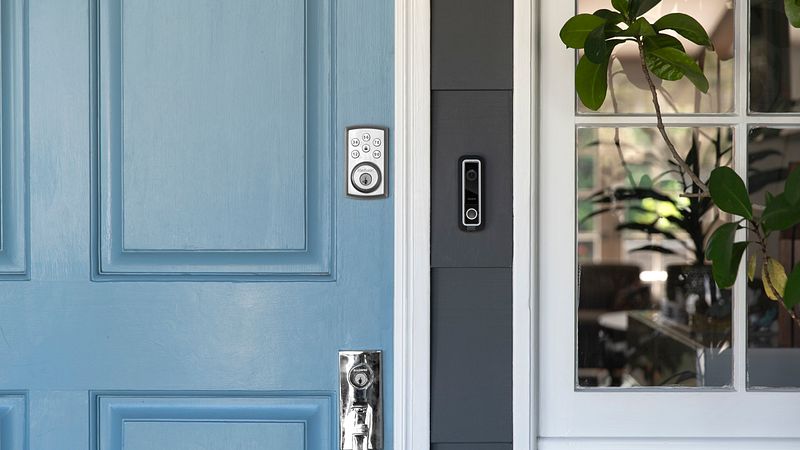 When choosing the right smart home security system, I sorted through a lot of factors: quality, pricing, customizability, customer service, installation process, and contract terms. Vivint was one of the many systems I tested. 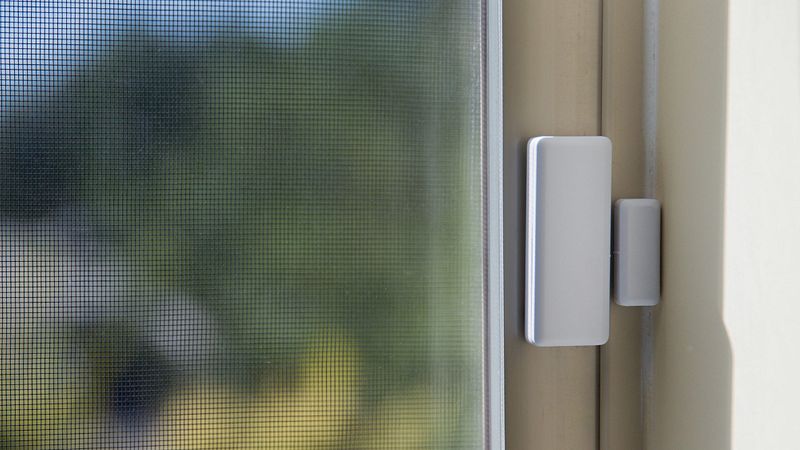 Choosing a Vivint Alarm for Your Home

Don't install a home alarm system until you've read our Vivint alarm guide. Learn the cost of Vivint alarm, as well as which packages offer the best production. 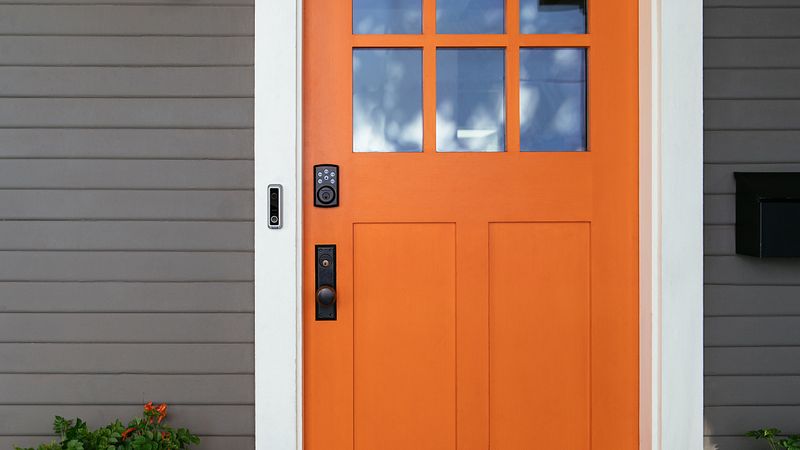 Vivint uses high-quality technology to connect their doorbell camera to a cellular network and their central home security system, so you can track your front-porch activity from the comfort of your living room or office.