Our reviews save you time, save you money, and they are always free. House Method is reader-supported. Advertiser Disclosure.

As reflected by their price tags, the Roomba 980 and 890 have several differences in performance and features. We believe the easiest way to determine what features you can live without, in an effort to save money, is to point out the differences in the two vacuums.

As the newest Roomba in the 900 series, the Roomba 980 comes with an extra dual-mode virtual wall barrier to prevent the robotic vacuum from entering rooms and areas of your house you don’t want it to clean. The Roomba 980 also has double the battery life of the 890 and is the only Roomba on the market equipped with Carpet Boost technology (a feature that increases suction power when the robot goes over carpets and rugs).

Keep reading our Roomba comparison review to determine which Roomba is best for you and your cleaning needs. 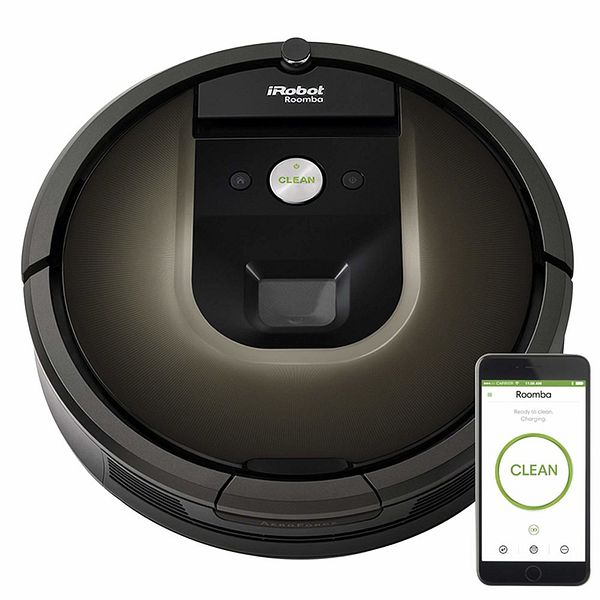 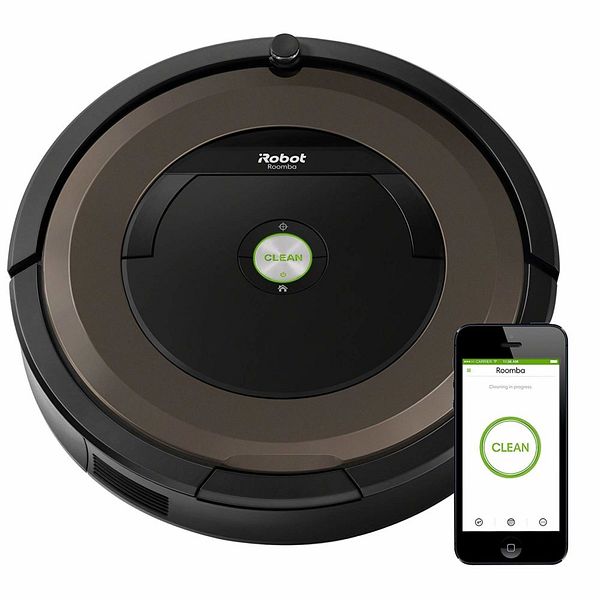 The Roomba 980 is by far the most advanced robot vacuum on the market. It has one of the longest run times (120 minutes) and comes with an extra virtual wall barrier for more precise cleaning.

The Roomba 890 is slightly more affordable than the 980 and delivers better performance than the Roomba vacuums in the 600 series.

We recommend the Roomba 890 if you’re looking for the following:

Both Roomba models are some of the very best robot vacuums on the market, featuring advanced mapping, Amazon Alexa compatibility, and Wi-Fi capabilities. However, we believe the Roomba 980 is a better choice because of its extended run time, extra virtual wall barrier, and Carpet Boost technology. 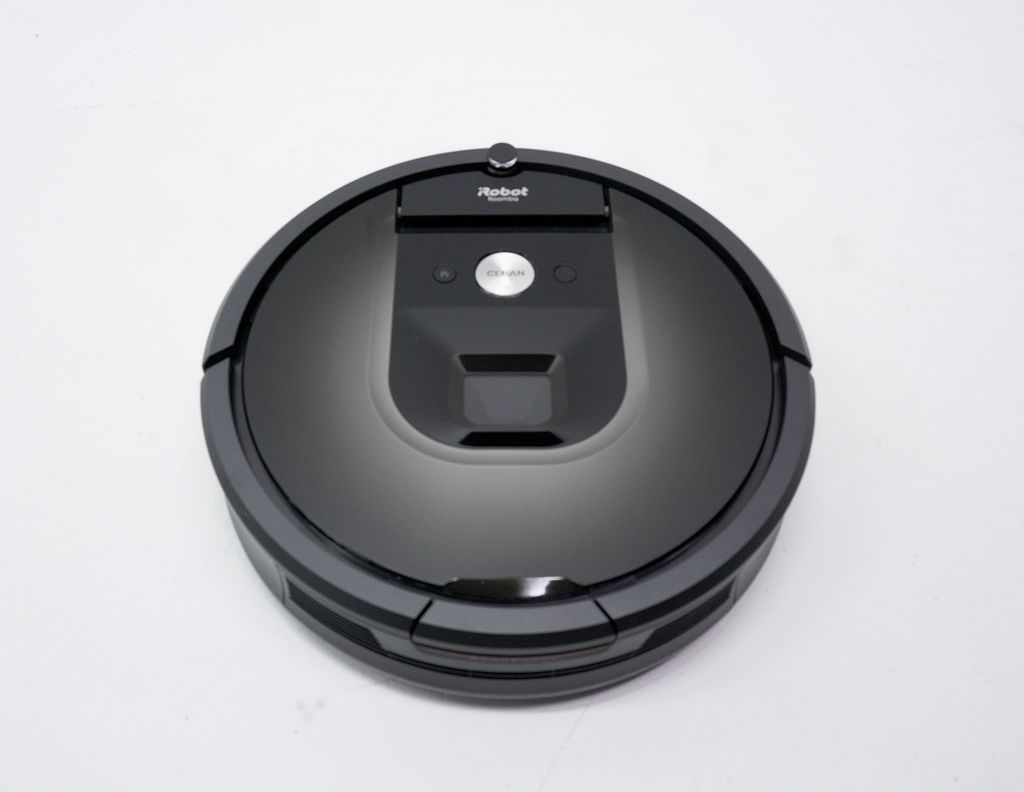 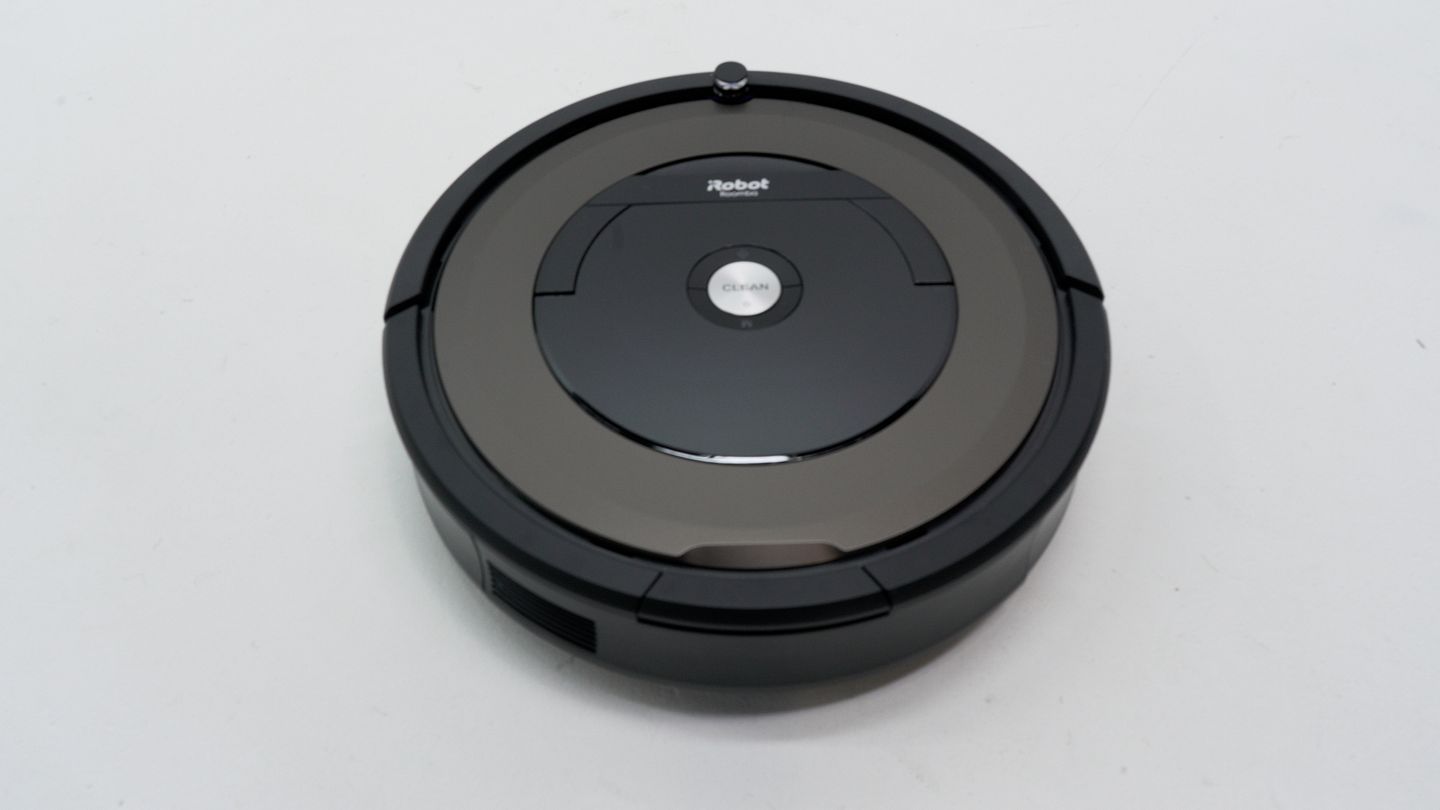 The attractive, bronze-colored Roomba 980 has an onboard camera sensor located on the top of the vacuum that aids in mapping and navigation and allows it to avoid obstacles during a cleaning job. One thing to note about the camera is that it needs light to function properly, so if you have dark floors or schedule the Roomba to run at night, you may run into performance issues.

Unlike the Roomba 980, the matte black Roomba 890 doesn’t have a camera sensor and relies solely on other sensors located around the vacuum to navigate as it cleans. This device is also slightly lighter than the 980.

Both Roombas are built with tangle-free dual multi-surface brushes that are great for picking up pet hair and both have a “CLEAN” button on the interface. The 980’s “CLEAN” button is higher on the device interface to make room for its onboard camera. 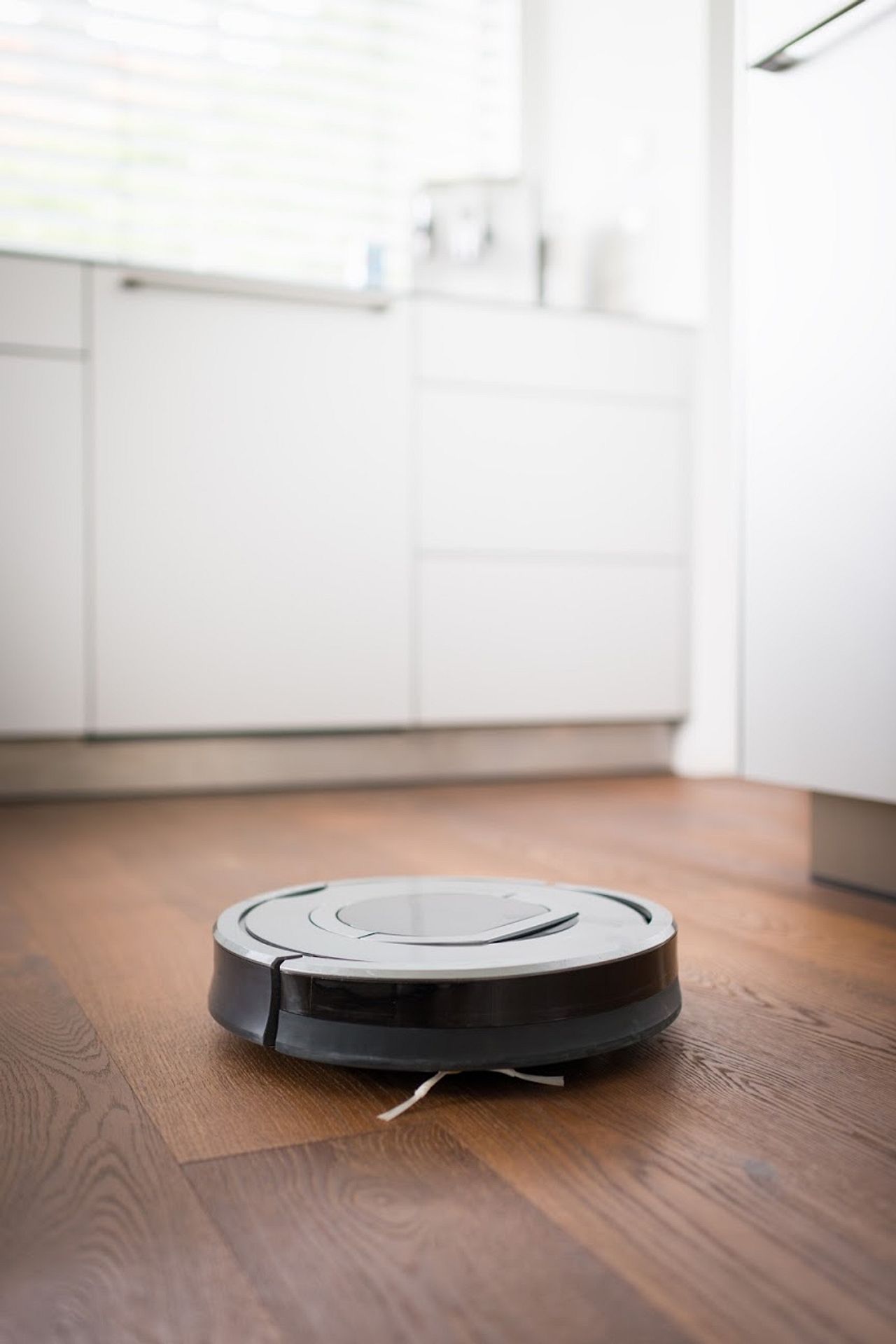 Both the Roomba 980 and 890 use the same three-stage cleaning process: the vacuum agitates embedded dirt, lifts it up, and sucks it into its dust bin. They both can be connected to Wi-Fi and can be controlled from your smartphone. They’re also compatible with Amazon Alexa and Google Assistant.

Regarding cleaning modes, both models have a spot cleaning option for quicker pickups and can be programmed to clean on a schedule through the iRobot HOME App. On spot cleaning mode, the machine will spin around in a three-foot radius and then spin back to where it started to continue its job. This mode is ideal for heavily trafficked areas.

Additionally, the Roomba 980 and the Roomba 890 have iAdapt technology, which allows the vacuum to navigate and map your floor. However, the 980 introduces iAdapt 2.0, which includes the ability to map and navigate with visual sensors utilizing its top camera.

Another cleaning difference is that the 980 provides the option of selecting multiple cleaning passes during a vacuuming job. The 890 will only allow one pass for cleaning. The battery lives are also different—the Roomba 980 runs for 120 minutes while the 890 runs for only 60 minutes.

The Roomba 980 will clean the entire level it’s assigned, even if it has to stop midway through cleaning to recharge. The 890, on the other hand, won’t resume cleaning after it’s done charging unless you specifically tell it to through the iRobot HOME App.

Size specifications of the Roomba 980 and Roomba 890

The Roomba 980 and Roomba 890 are extremely similar in size and shape—the major differences worth noting are that the 980 has a larger dust bin and weighs 0.3 pounds more. 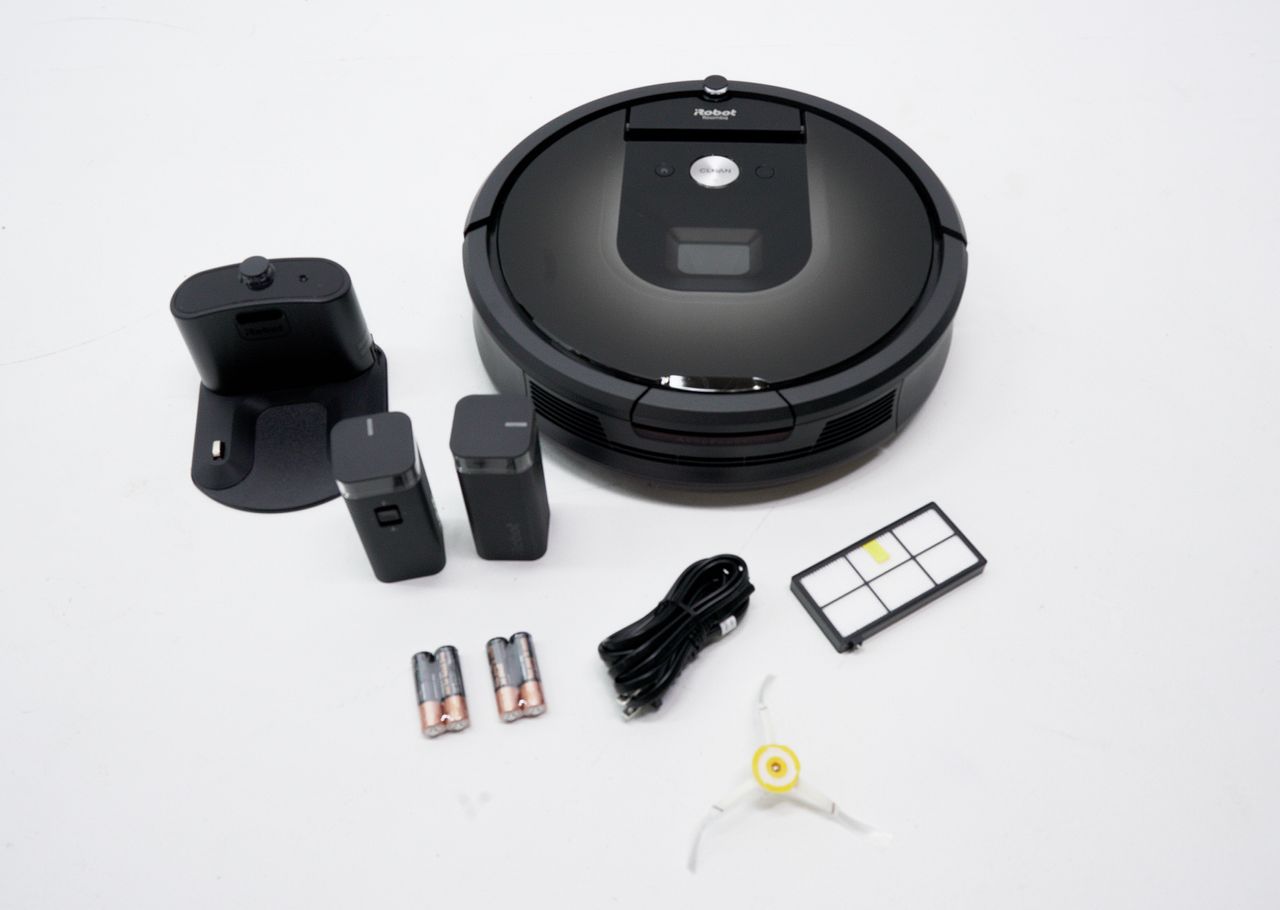 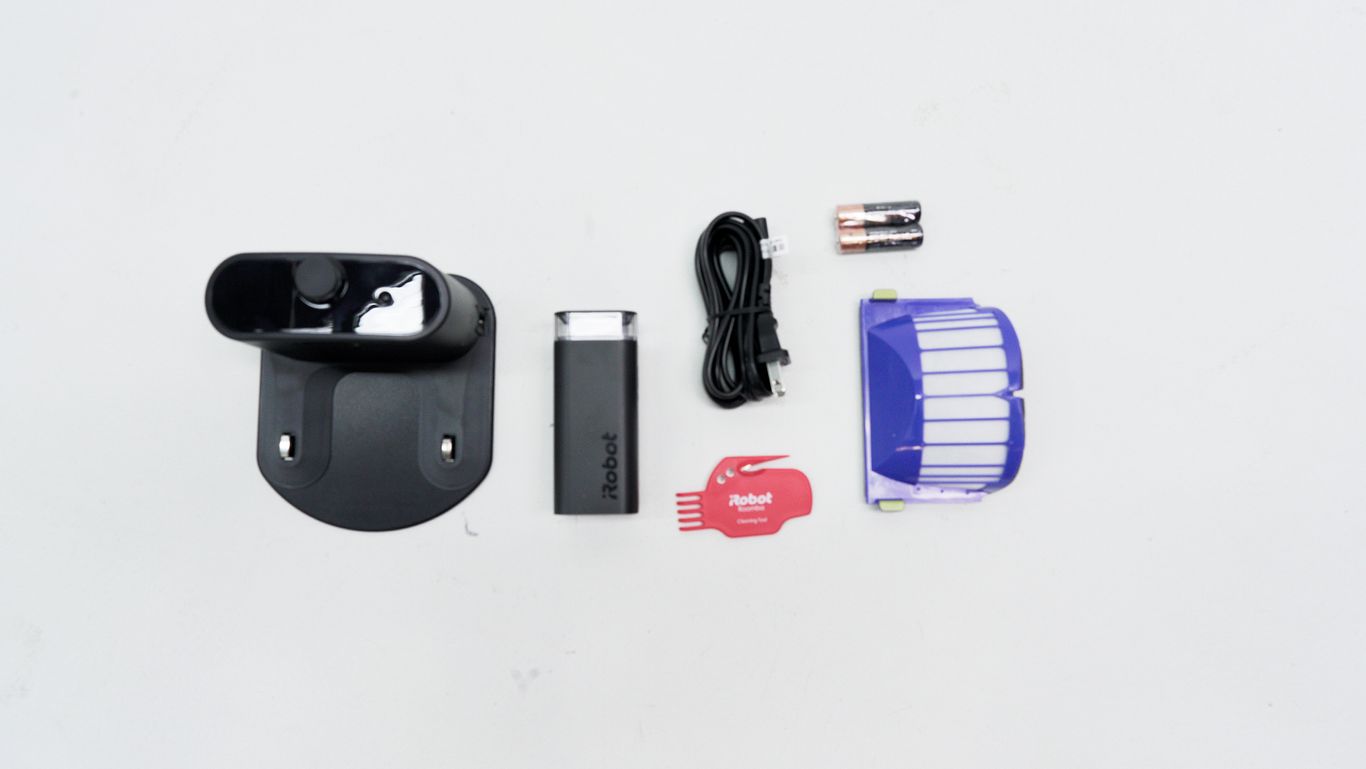 Both the Roomba 980 and 890 comes with the following accessories:

The Roomba 980 comes with two dual-mode virtual wall barriers instead of one. Note: even though the 890 only comes with one barrier, you can buy additional ones separately. 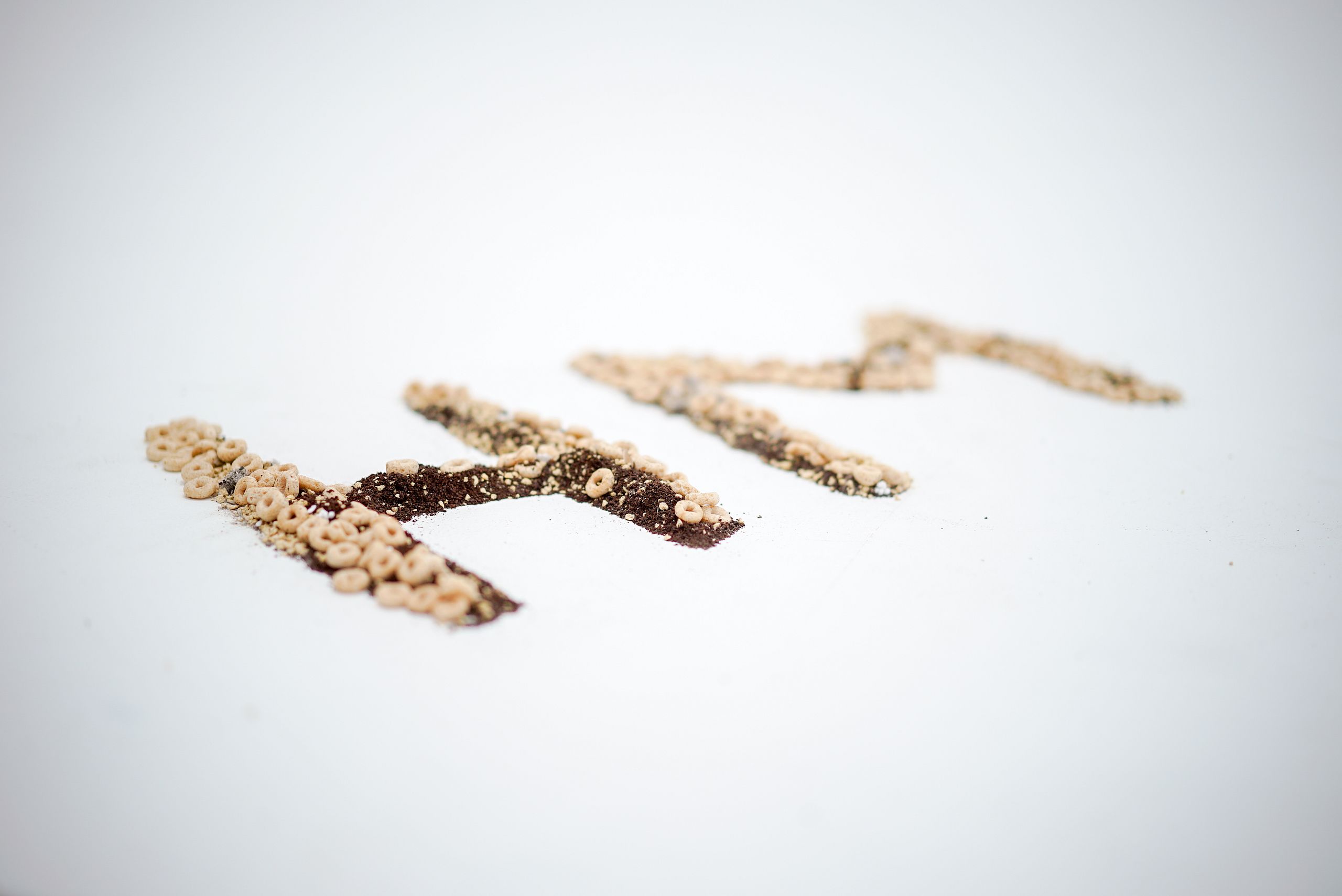 When comparing the Roomba 980 to the Roomba 890, we put both vacuums through a series of suction tests on high-pile carpet, low-pile carpet, and hard floors. For each floor type, we tested suction power using Cheerios, kitty litter, coffee grounds, and pet hair.

The Roomba 980 received a perfect score on hard floors and had no trouble sucking up the messes put in front of it. Its side brush pushed away the coffee grounds and kitty litter on the initial pass, but it quickly suctioned up all four messes the second time around.

For an older model, the Roomba 890 did surprisingly well on all three surfaces. With the exception of the coffee grounds, which had to be passed over twice, the Roomba 890 received a perfect score on hard floors.

The Roomba 980 performed better on the high-pile carpet than any other robot vacuum. It was able to remove even the finest materials, like coffee grounds, from the thick carpet in two passes. It also had no problem sucking up the Cheerios, kitty litter, or pet hair.

The Roomba 890 also performed well on high-pile carpet and only had to go over the coffee grounds twice to remove the mess completely.

Similar to the other tests, the Roomba 980 did very well on the low-pile carpet, only needing to revisit the coffee grounds a second time to fully remove them. It removed the Cheerios, kitty litter, and pet hair in a single pass.

The 890 removed the Cheerios, kitty litter, and pet hair with ease, but it didn’t do as well when it came to suctioning the coffee grounds. It took more than seven passes for the Roomba 890 to remove the coffee grounds from the low-pile carpet. 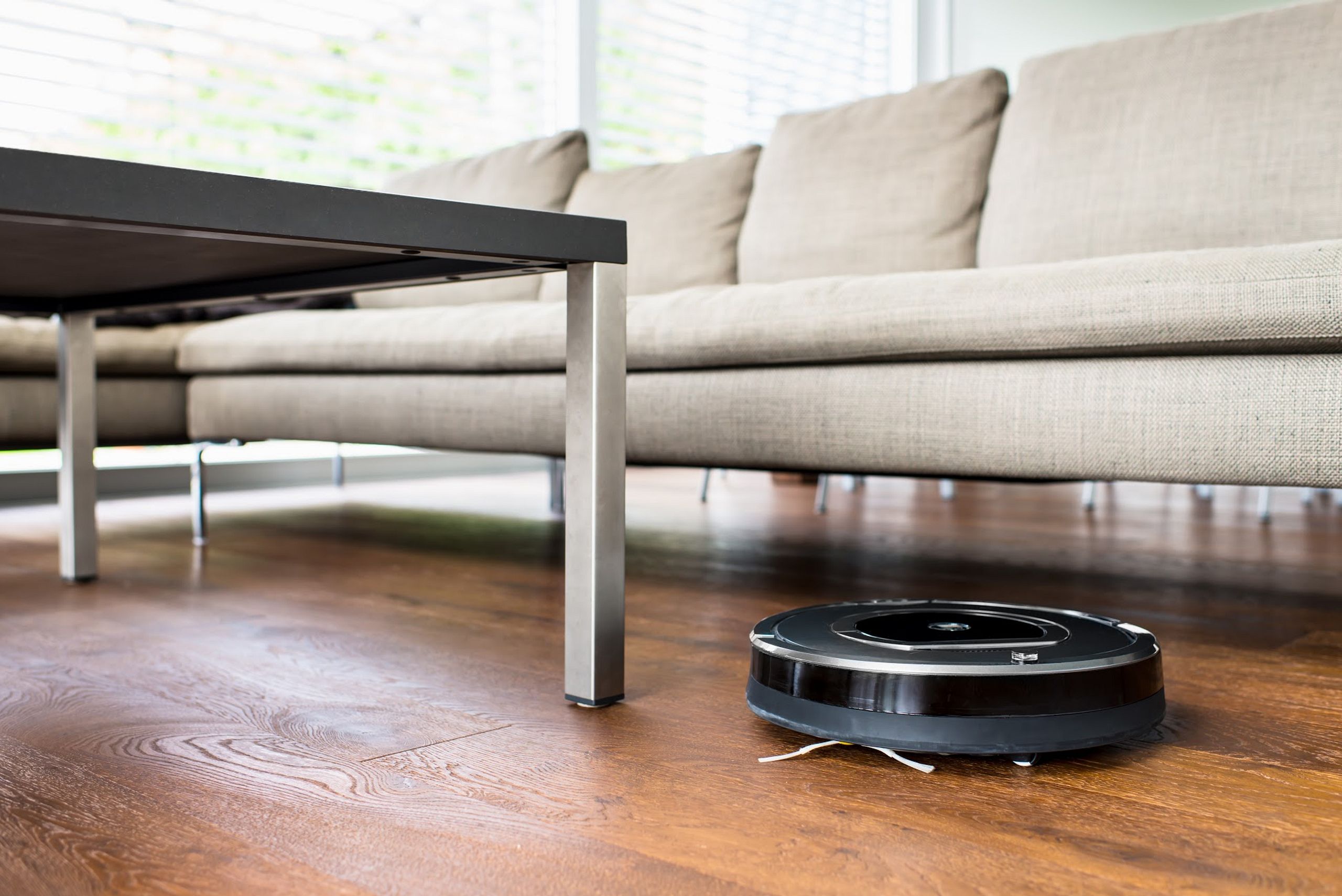 The setup process for both Roombas is super simple. The robot vacuums are already assembled, so all you need to do before setting them loose in your home is charge them. They come with a partial charge, but we recommend charging them completely before use. (It will take around two to three hours for them to get a full charge).

While your Roomba is charging, connect the vacuum to your Wi-Fi network—this isn’t mandatory, but it gives you access to a variety of features like scheduled programming, and insights into your vacuum’s cleaning performance.

Once the vacuums are charged, push the “CLEAN” button on top of the vacuum or schedule them to clean through the iRobot HOME App.

We found the Roomba 980 and 890 to have great maneuverability. They both provided a very close clean around furniture and were easily able to clean under low-set furniture like a coffee table and couch.

The average noise level of a vacuum is between 78 and 80 decibels, however, robotic vacuums are generally much quieter than traditional vacuums. The Roomba 980 measured 67.1 decibels while the Roomba 890 measured an impressively quiet 66.2 decibels. Both noise levels are comparable to what normal conversation sounds like. 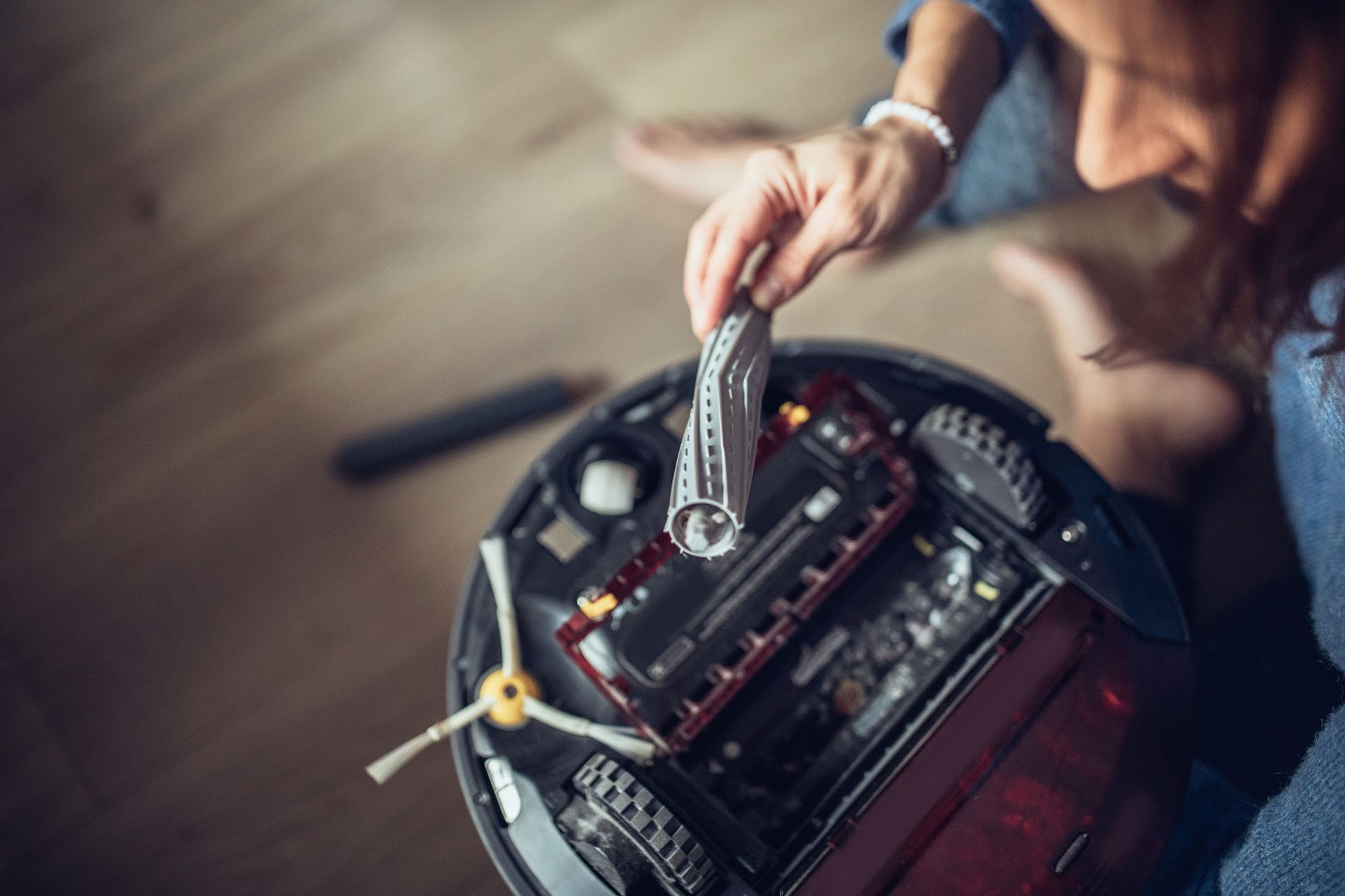 Maintenance for the Roomba 980 and Roomba 890

Maintenance for these vacuums is very low-touch. To ensure both vacuums stay in top shape, empty the dust bin whenever it gets full, check the brushrolls for tangles, and ensure the filters are in top condition.

Emptying the dust canister of the Roomba 980 and the 890 can be done in the same manner. Simply remove the canister from the vacuum, open the plastic barrier, and dump the contents into a trash bin. Since the canister is so small, you’ll want to do this frequently, especially during the first couple of cleanings.

Once a week, check to see if any hair has gotten stuck in the side brush or rubber brushrolls. If you find hair, remove it. This will generally take three minutes to complete.

iRobot recommends replacing these Roomba 960 and 980 accessories and parts as follows:

Roomba does not disclose charging times, but the runtime for these robot vacuums does vary significantly. The Roomba 890 has a battery life that is only half as long as the newer Roomba 980. The Roomba 890 provides a run time of up to 60 minutes while the 980 can clean for up to 120 minutes. This is an important factor to consider depending on the size of your home. 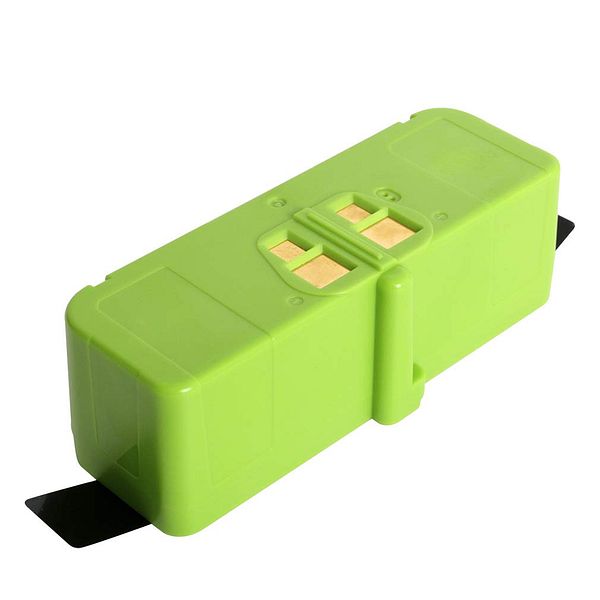 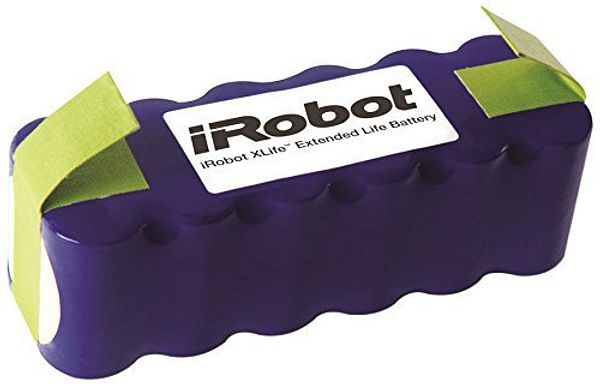 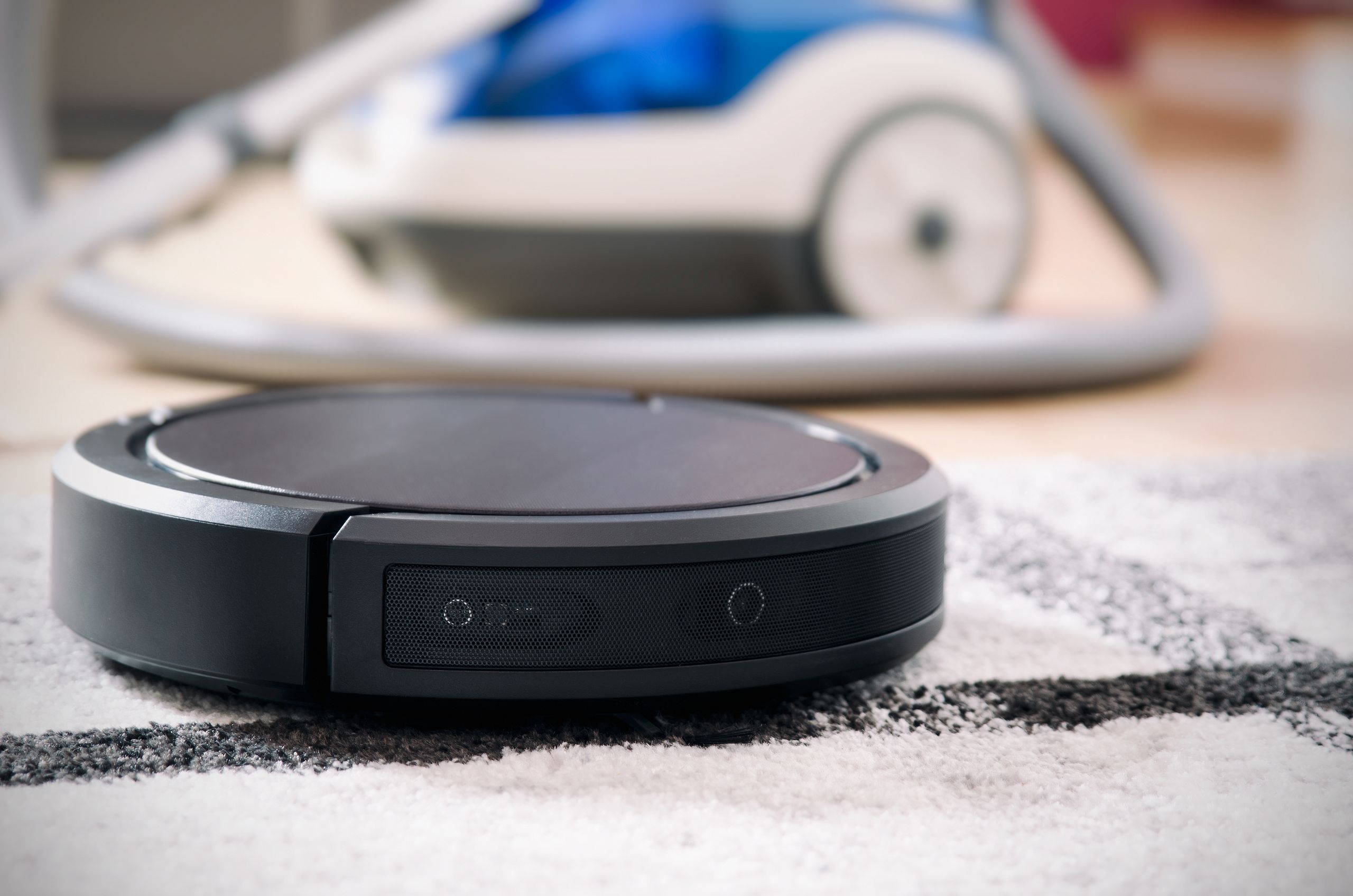 With advanced features like Carpet Boost Technology, a battery life that’s twice as long as the Roomba 890, and an extra dual-mode virtual wall barrier, the Roomba 980 wins as the better robot vacuum in the Roomba 980 vs. 890 match-up. The price of the Roomba 980 reflects its more sophisticated features, but if you’re not looking to invest quite so much money in a new Roomba, we suggest giving the Roomba 890 a try.

The Roomba 890 does miss out on some of the 900-series features, like camera sensors and a Recharge & Resume capability, but its performance is comparable to the 980, and we think it’s an overall great value for a high-quality Roomba vacuum. It comes in at just over half the price of the 980 and includes many of the same features and functinoalities.

Here’s a side-by-side comparison of the most important specifications for the Roomba 980 and Roomba 890.

Though these Roomba models are incredibly similar, there are a few differences between them that could affect which one you choose.

Who should buy the Roomba 980?

Who should buy the Roomba 890?

We recommend the Roomba 890 if you’re looking for the following:

Do I need to connect to WiFi to use the Roomba?

Roombas can operate with or without WiFi, but when you connect to WiFi you can use features associated with the iRobot Home app. You’ll be able to take advantage of functions such as scheduled cleanings, two cleaning passes, edge-clean, and carpet boost (only available for the Roomba 980).

Can these Roombas spot clean?

Yes, both the Roomba 890 and 980 have a spot-cleaning setting that instructs the vacuum to clean a three-foot radius by moving in a spiral path.

Can the Roomba clean corners?

Yes, all Roomba vacuum are designed to clean the edges and corners of your house by using their side brushes. If you want to specifically clean your corners, the Roomba 980 offers the Edge Cleaning feature through that instructs the vacuum to clean your edges and corners before completing the full mapped-out course. 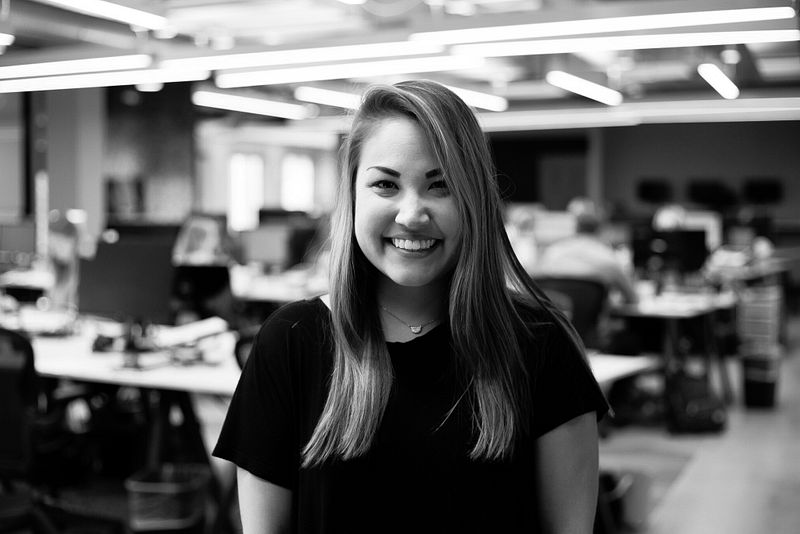 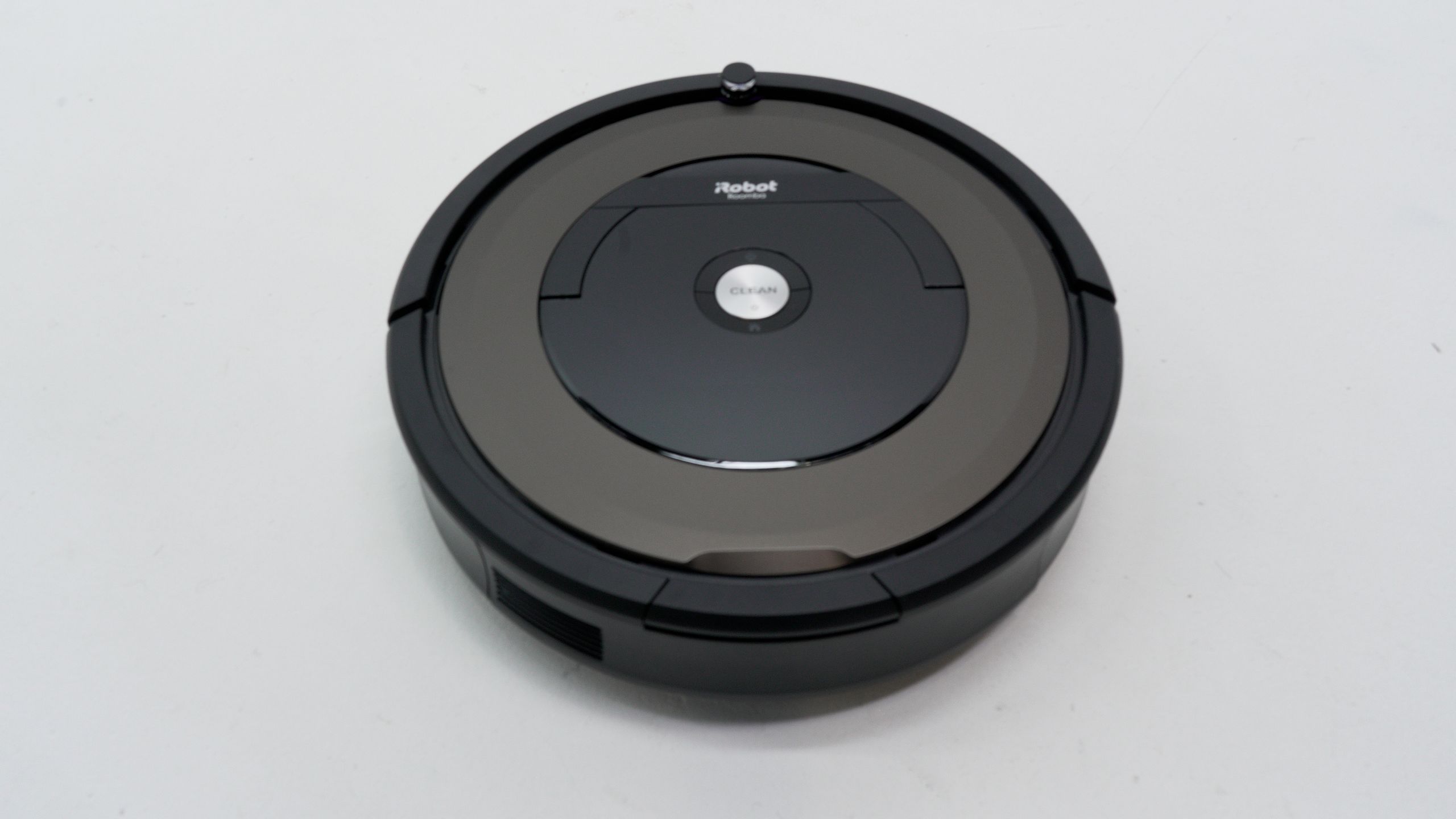 Delivering better performance than the vacuums in the 600 series, the Roomba 890 is a great option for those who want a more advanced robot vacuum that provides more efficiency and less maintenance.