Home > Pest > What Is a Western Conifer Seed Bug? 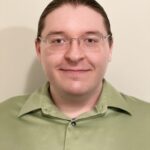 Home > Pest > What Is a Western Conifer Seed Bug?

Often confused with the bothersome stink bug, the western conifer seed bug is a common fall-time pest. These sap-sucking seed-boring bugs love to inhabit homes, often resulting in full infestations as the temperature cools down. While these insects are harmless, they can become an annoying nuisance when invading homes in large numbers.

In this article, we’ll look at the western conifer seed bug, explain where it gets its peculiar name, and how to best keep them out of your home come autumn.

What Are Western Conifer Seed Bugs?

The western conifer seed bug (WCSB), or by its scientific name Leptoglossus occidentalis, is a true bug (Hemiptera) of the family Coreidae (leaf-footed bugs). This insect gets its name from its preferred food and nesting location, large seeds of conifer trees (pine cones). They have long, flat, shield-shaped bodies, with colors ranging from shades of reddish brown to gray. They possess long antennae, thin spindle-like legs, and wing covers with a zigzag pattern.

These bugs are found across Europe and North America. Overseas they are most commonly in England and Wales. In the U.S., they’re often seen in Northeastern states, specifically New York, Pennsylvania, and Ohio.

Western conifer seed bugs are harmless, as they don’t bite, carry diseases, and pose no threat to your home or garden. They’re overwintering insects, meaning they look for a place to hide and stay warm during cold weather. They don’t nest or reproduce in homes, making infestations less likely. However, these bugs are considered nuisance pests due to their:

Beyond the home, these bugs are a larger threat to logging industries. The WCSB feeds on the sap of seeds using small, pierce-sucking mouthparts. In the early stages of life, WCSB nymphs drain young, developing seeds, making them a minor threat to seeding gardens. As adults, they begin to target larger, more developed seeds like pine cones, with a preference for the Douglas fir and other conifer species. Due to their food preference, they’re a significant economic pest that damages the viability of conifer tree seed crops.

Why Are There Western Conifer Seed Bugs in My House?

Like many common pest insects, western conifer seed bugs seek warm places to ride out winter. Unfortunately, your house is a five-star hotel for them, as it offers warmth and shelter. These bugs typically find their way inside through siding, walls, holes in window or door screens, and foundation cracks. One or two inside your home throughout fall isn’t uncommon, but homes near forests can experience dozens of them. Houses with pine trees as a part of their landscaping can also expect to see more of these pests come autumn.

Keeping western conifer seed bugs out of your house comes down to proper home maintenance. Various pests, like western conifer seed bugs, stink bugs, boxelder bugs, and lady beetles, get inside through entry points on the home’s exterior. To best keep insects from invading, you should conduct a yearly home inspection and undertake regular repair work. We recommend doing this inspection during late summer, as temperatures are cooling off, but before insects begin looking to head indoors in early fall. You should go over all parts of your home’s exterior, paying special attention to the following areas:

One thing to remember when trying to prevent western conifer seed bugs is that insecticides and pesticides are not known to work on them. Most leaf-footed bugs are highly resistant to pesticides, which is why many homeowners still report seeing them after thorough spraying.

How To Get Rid of Western Conifer Seed Bugs

Like stink bugs, smashing western conifer seed bugs is not recommended, nor is vacuuming them up, as they’ll release a foul smell. Instead, it’s best to capture and toss them back outside or knock them into a small bowl of water and dish soap.

Western conifer seed bugs don’t bite or cause damage to your home, but they’re an unpleasant nuisance since they invade your space and exude an odorous smell. They can also cause damage to your garden by destroying seedlings and are an economic pest that wreaks havoc on the pine tree industry. Ultimately, these pests are not a massive problem if you keep up with your yearly maintenance. But if you live in a heavily wooded area, you may wind up facing a small swarm of them come autumn, so we recommend calling a pest management company.

Nothing spoils the holiday cheer like thousands of crawling insects. Avoid this catastrophe with our guide to common Christmas tree bugs….

A bed bug infestation is a serious problem that requires immediate professional help. Use our guide to learn about how much a bed bug…

Fleas are a persistent pest that can be hard to shake. Our guide outlines how much flea extermination costs and what to do for your peace…

If you have mice in your home, you may need to call in the professionals. How much does a mice exterminator cost? Learn more with our…

Are pests invading your home? Our guide outlines how much pest control can cost you and which services are worth it. Check it out!…

The Importance of Checking Your Pets for Ticks During Fall

Ticks are active year-round, and fall (not summer!) is the heaviest season for pet tick bites. This guide on autumn tick prevention will…

How Much Does a Cockroach Exterminator Cost? (2022)

Cockroaches invading your home? Find out how much it costs to exterminate roaches to help keep your home pest free….

What Pests Does Diatomaceous Earth Kill?

No homeowner wants to deal with a pest problem. Fortunately, diatomaceous earth is an easy solution that kills many types of unwanted…

How To Get Rid of Bats Naturally

Bats are beneficial animals because they keep pesky insect populations at bay. However, their droppings are a significant hazard to human…