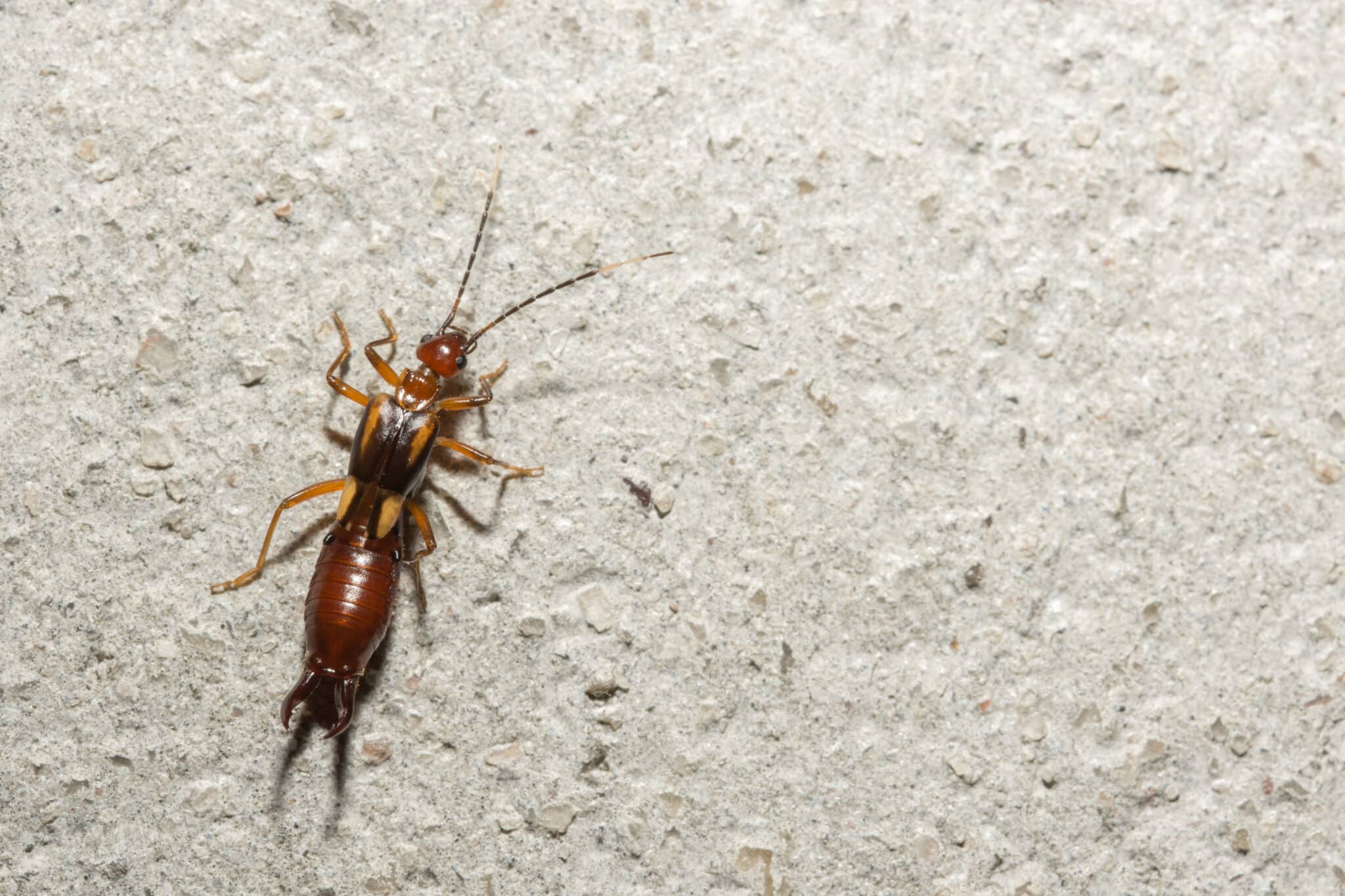 If you want to learn how to get rid of earwigs, you’ve come to the right place. This comprehensive guide is designed to teach you how to deal with earwigs, whether they’re assaulting your precious crops or taking up residence in your basement. Below you’ll find:

We also provide some useful information about hiring a professional pest control company for earwig control if they prove to be too difficult to manage yourself.

Earwigs — or pincher bugs — are any of 2,000 species of insect from the order Dermaptera that share a common ancestor and have broadly similar characteristics. Their origin can be reliably traced back over 200 million years, and they owe their impressive survival as a species to their omnivorous eating habits and resilient armored bodies. Both male and female earwigs have long forceps on their abdomens, making them easy to identify and granting them their evocative name.

The origin of the name earwig is a matter of some debate. In English, the word earwig comes from an evolution of the Old English words for ear (ēare) and insect (wicga). The name most likely comes from earwigs’ pincers, which resemble a long pair of ears in an abstract way. A common wive’s tale is that earwigs get their name from their tendency to burrow into human brains through the ear canal, a claim that is pure fiction. The names for earwig in other languages — ”ear worm” in German and “ear piercer” in French — are equally unsettling.

Unless you’re a gardener, you probably haven’t given much thought to earwigs as pests since they typically live in damp areas rich with decaying organic matter like garden beds and woodpiles. However, earwigs are common garden pests in hot, humid climates and thrive on devouring plants, seeds, aphids, maggots, nymphs, and small worms. They are especially common in North America during the summer and are prevalent mostly in the Southern and Mid-Atlantic states.

If their population is left unchecked, earwigs can become a problem for gardens since they live for about one year and reproduce quickly. A single female can lay between 20 and 80 eggs per clutch, and the eggs hatch after about one week.

Luckily, managing an earwig infestation doesn’t require harmful chemicals or dangerous pesticides. Below you’ll find the eight best ways to eradicate earwigs from your garden or home with items you probably already have around your house.

8 Ways to Get Rid of Earwigs

Below, we’ll provide some different DIY techniques for how to get rid of earwigs.

How to Know You Have An Earwig Infestation

Seeing earwigs in your garden is the most obvious sign that you have an earwig infestation. Even though earwigs are nocturnal, it’s not uncommon to see them during the day. Earwig infestations work kind of like rodent infestations; if you see one, there are probably more.

Just because you don’t see any earwigs doesn’t mean you don’t have them. Damaged crops are another common sign of earwig activity. Leaves with holes in them or leaves with ragged edges that look like a torn piece of paper are usually caused by earwig damage. Earwigs prefer to feast on flowering plants, leafy greens like lettuce and cabbage, celery, and fruits, so check these plants regularly if you think you might have earwigs.

How to Prevent Earwigs

If all of the above sounds like too much work, or if you’ve tried some of these tips and still have earwigs, consider hiring a professional pest control company like Terminix. Professional exterminator services have the experience and tools required to eliminate any pest problem from your home or garden quickly and safely. Most companies also offer free quotes and inspections, making it easy to see what they have to say about your earwig problem before committing to a service agreement.

When hiring a pest control service, you have tons of choices, and the difference between the best companies and the average ones is substantial. You don’t want to settle for mediocre pest control, especially if you need treatment in your garden around the fruits and vegetables that you and your family plan on eating. Here’s a quick look at the two best pest control companies we recommend for dealing with earwigs.

Terminix is the best overall pest control service, not just for earwigs but for everything from ants and spiders to rodents and roaches. The company’s technicians are pest control experts and will work with you to design a customized plan that fits your specific set of circumstances. 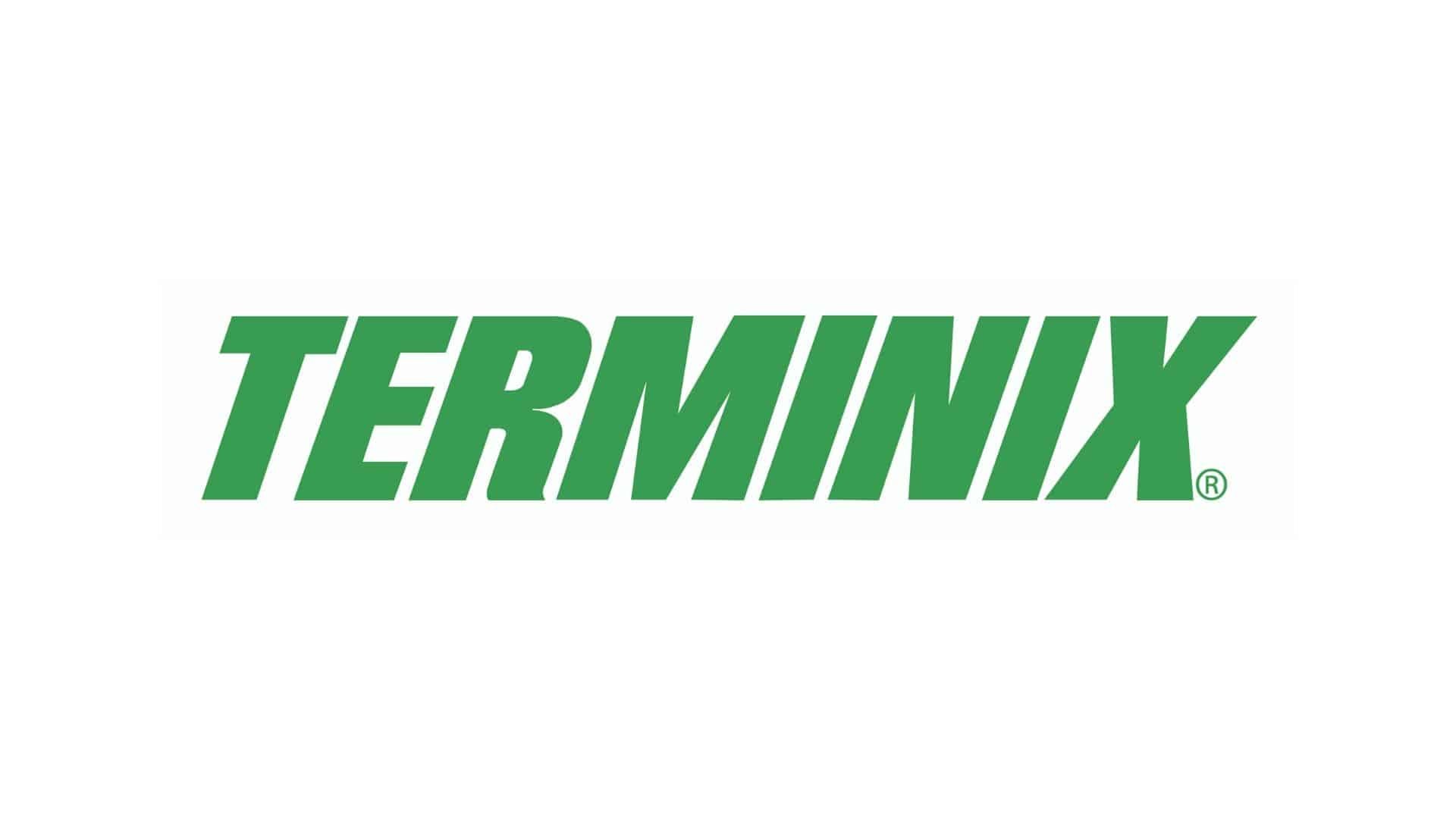 Terminix divides its services into separate plans. The company’s general plan includes basic treatments for simple pests like ants and roaches, and its specialized plans package treatment and monitoring for more involved pests like rodents, termites, and bed bugs.

The company charges higher prices for more severe infestations and larger property sizes, so the above estimates are only rough guidelines. Scheduling an appointment with Terminix is easy. You can fill out a form on the company’s website or give them a call. A Terminix representative will be happy to get you set up with your local branch.

You can check out our full Terminix review for more information.

Orkin is another excellent choice if you need pest control, although the company is more suited for emergencies where fast service is required. Still, Orkin has a long history of providing outstanding service, and the company is more than capable of helping you sort out your earwig problems. 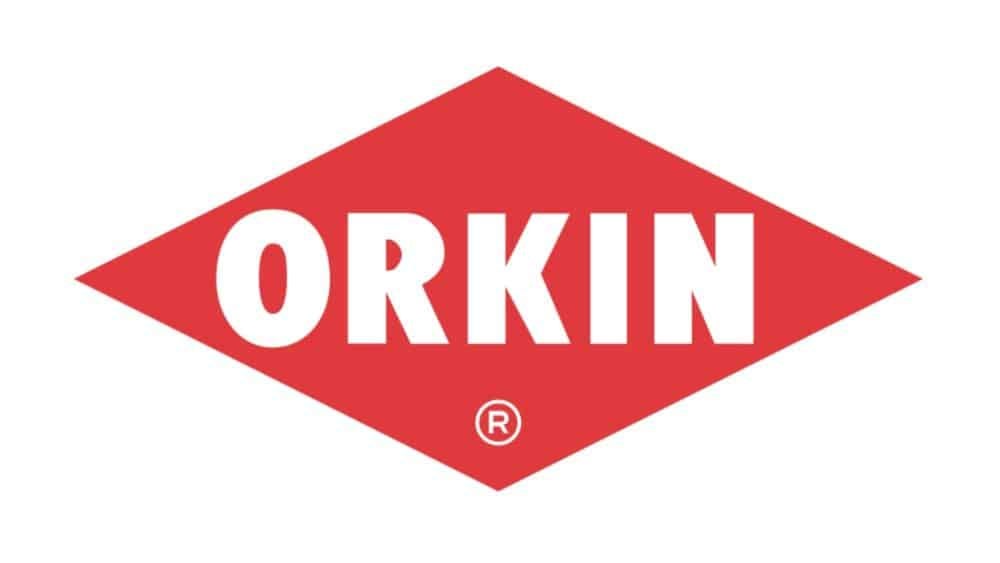 Most Orkin customers sign up for an annual plan that includes monthly visits and covers an impressive range of pests from ants and earwigs to walking stick bugs and weevils. Like Terminix, Orkin bundles specialty services for termites and bed bugs separately, so don’t forget to include those costs in your estimates.

The above estimates are based on an average 2,000-square-foot home, so you may be charged more if you live in a larger house.

Orkin offers a convenient online form for scheduling a free inspection with one of its technicians or you can call and schedule an appointment over the phone. Orkin is known for its excellent customer service and fast response times and has an emergency line that’s available 24 hours per day. 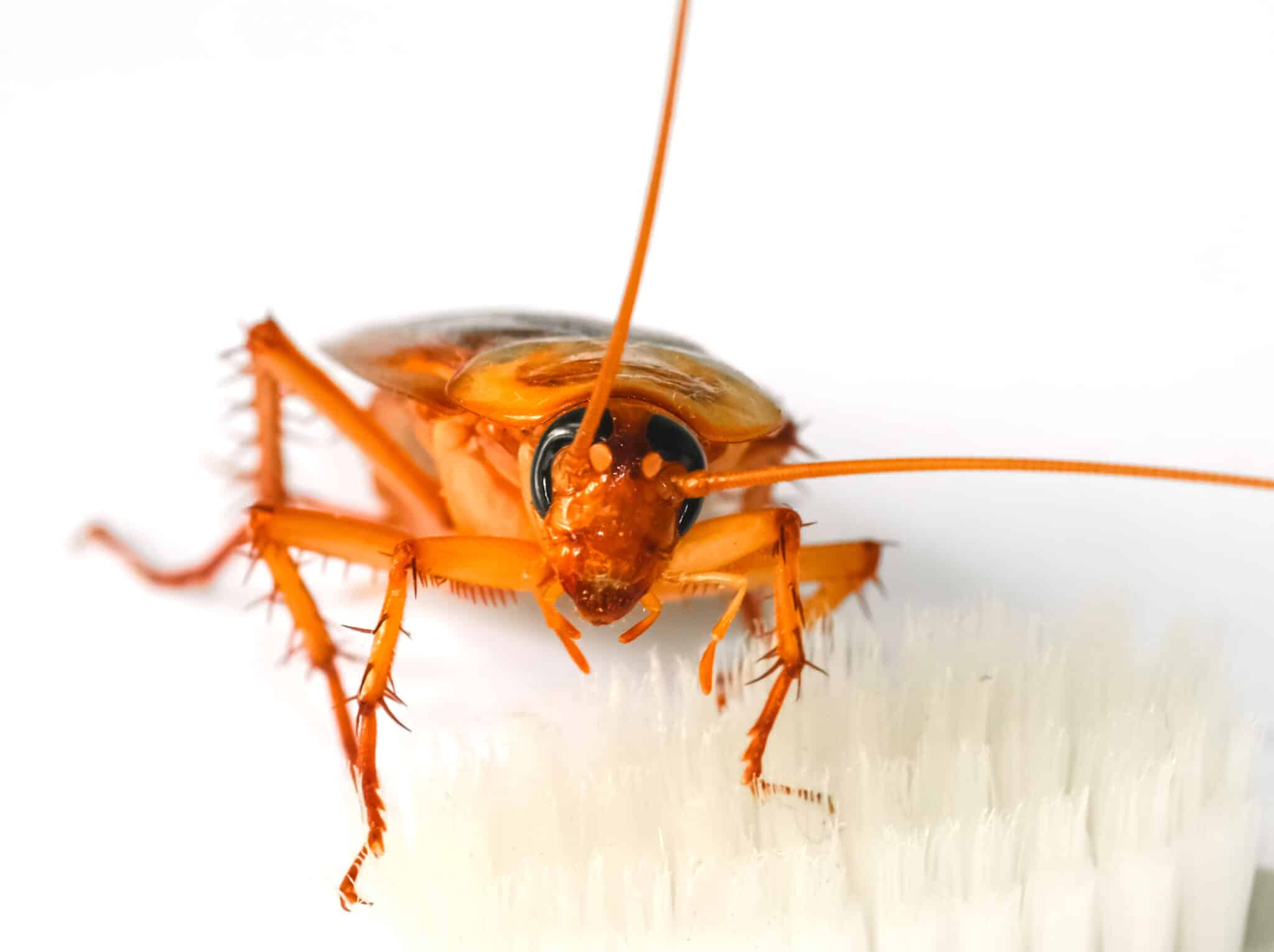 Get a free quote

from our top earwigs exterminator

What naturally keeps earwigs away?

Birds and toads are earwigs’ natural mortal enemies, so making your yard welcoming for them can help keep earwigs at bay. Toads may not be prevalent where you live, but attracting birds to your yard is as easy as setting up some feeders and birdbaths.

How do you get rid of earwigs instantly?

If your garden is overrun with earwigs, whip up a batch of diluted alcohol spray. Alcohol can penetrate earwigs’ thick, waxy armor and kill them quickly on contact. However, spot treating earwigs as you see them will only get you so far.

Make sure you practice sound earwig prevention by cleaning your garden regularly and removing clutter and debris from your basement and crawl spaces. You should also keep any patios or porches clean since removing enticing hiding spots is the best way to control earwigs.

How can I stop earwigs from coming into my house?

If you have earwigs in your home, remove any dense vegetation growing up against its exterior walls. Earwigs love to hang out in bushes and hedges, and they’ll often find their way into your home if you have a lot of growth near it. Consider moving your garden away from your house and trimming any trees or bushes nearby. You should also seal potential earwig entry points like cracks and crevices in doors and windows with caulk to prevent adventurous earwigs from finding a way into your home.

Where are earwigs usually found?

Earwigs can be found in moist, dark areas and anywhere there’s organic debris like leaves and plants. Gardens, basements, baseboards, and faucets are all common hiding places for earwigs. Most homeowners don’t realize they have an earwig infestation until it’s out of hand since earwigs are mostly nocturnal and spend most of their time in out-of-reach places.

Our research process involves a multi-step process to get real insights into the customer experience for each company. We contacted each pest control company directly and spoke to representatives via phone and online chat (if available). This allowed us better understand the company’s treatment offerings and customer service. We also consider BBB accreditation and what customer reviews say about each company. Additionally, we fact-check and update company data regularly to ensure accurate and up-to-date information.

We developed a 100-point rating system to compare the companies numerically. 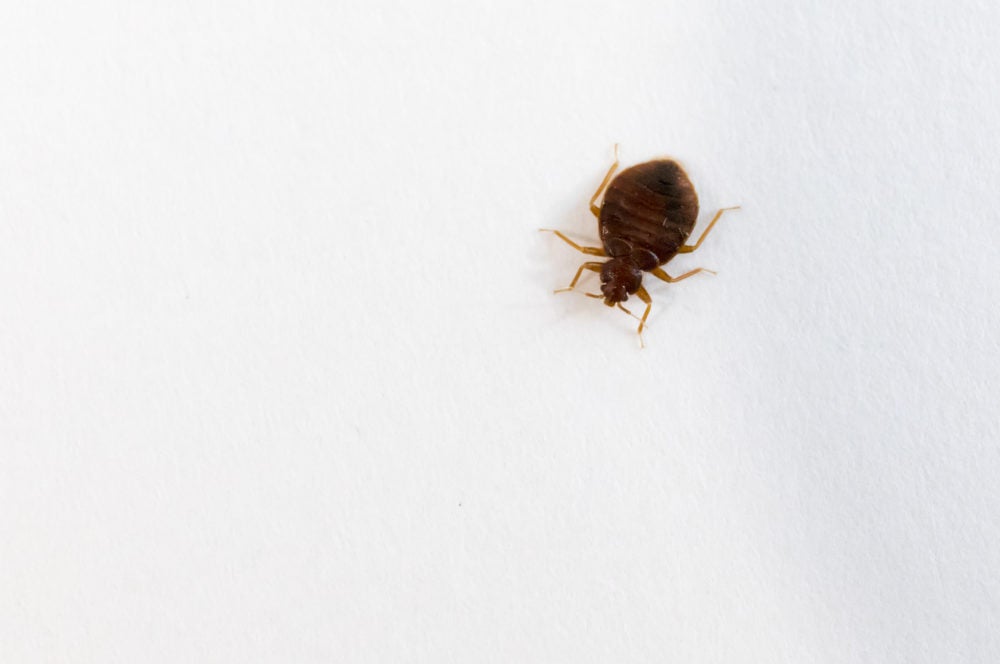 Bed Bugs: What They Look Like and How to Get Rid of Them

Learn how to recognize bed bug infestations, what steps to take to get rid of them, and how to prevent them from entering your home in the first place. 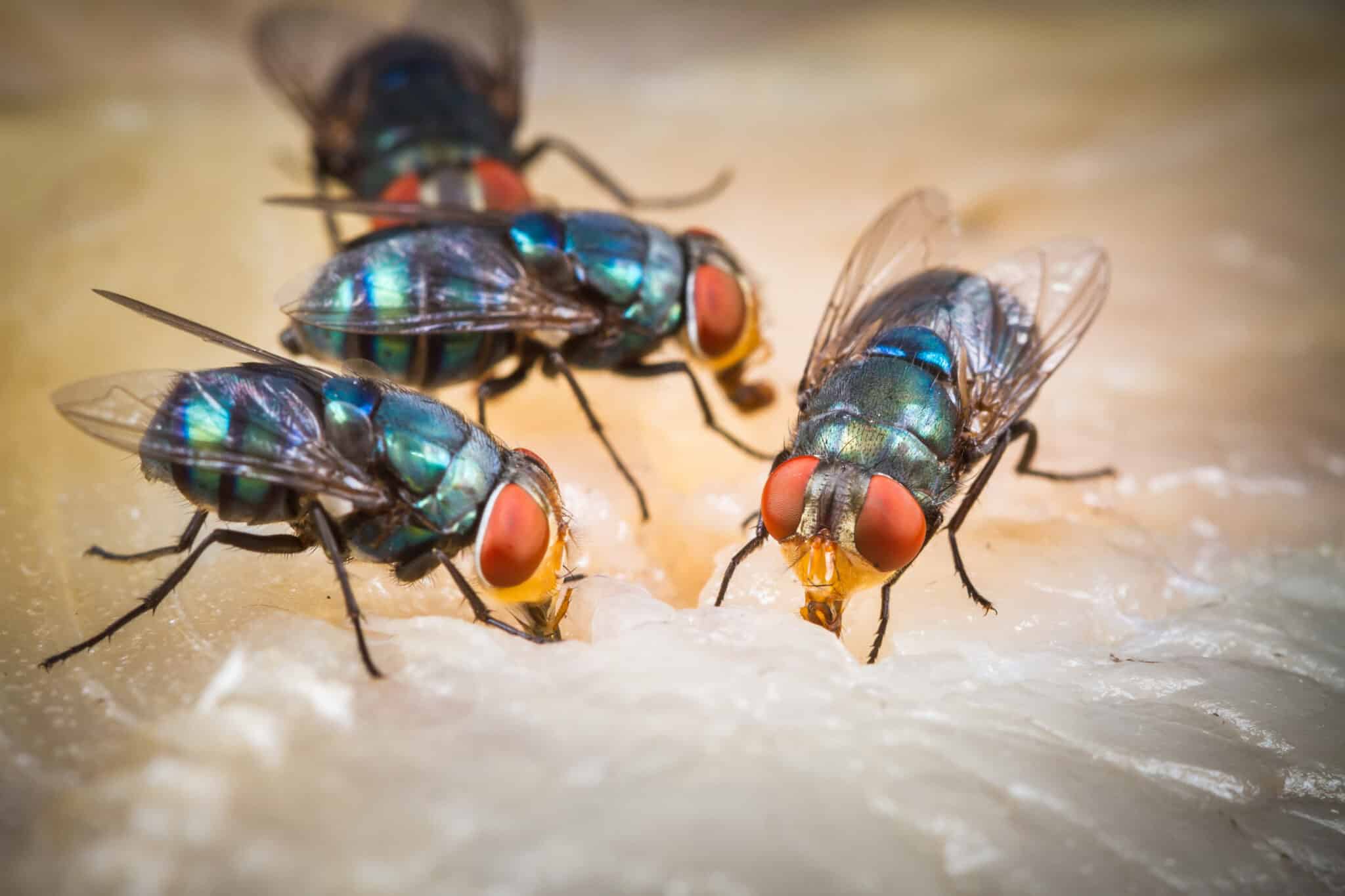 How To Get Rid Of Fruit Flies

Our guide covers everything you need to know on how to get rid of fruit flies. Read more to learn how to eradicate this pesky pest. 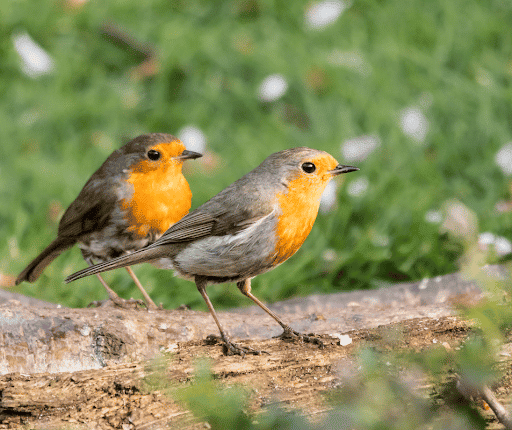 How To Get Rid of Robins: The Complete Guide

Interested in learning how to get rid of robins? Read on for everything you need to know about habitat modification, deterrents, and other ways to keep robins from sticking around. 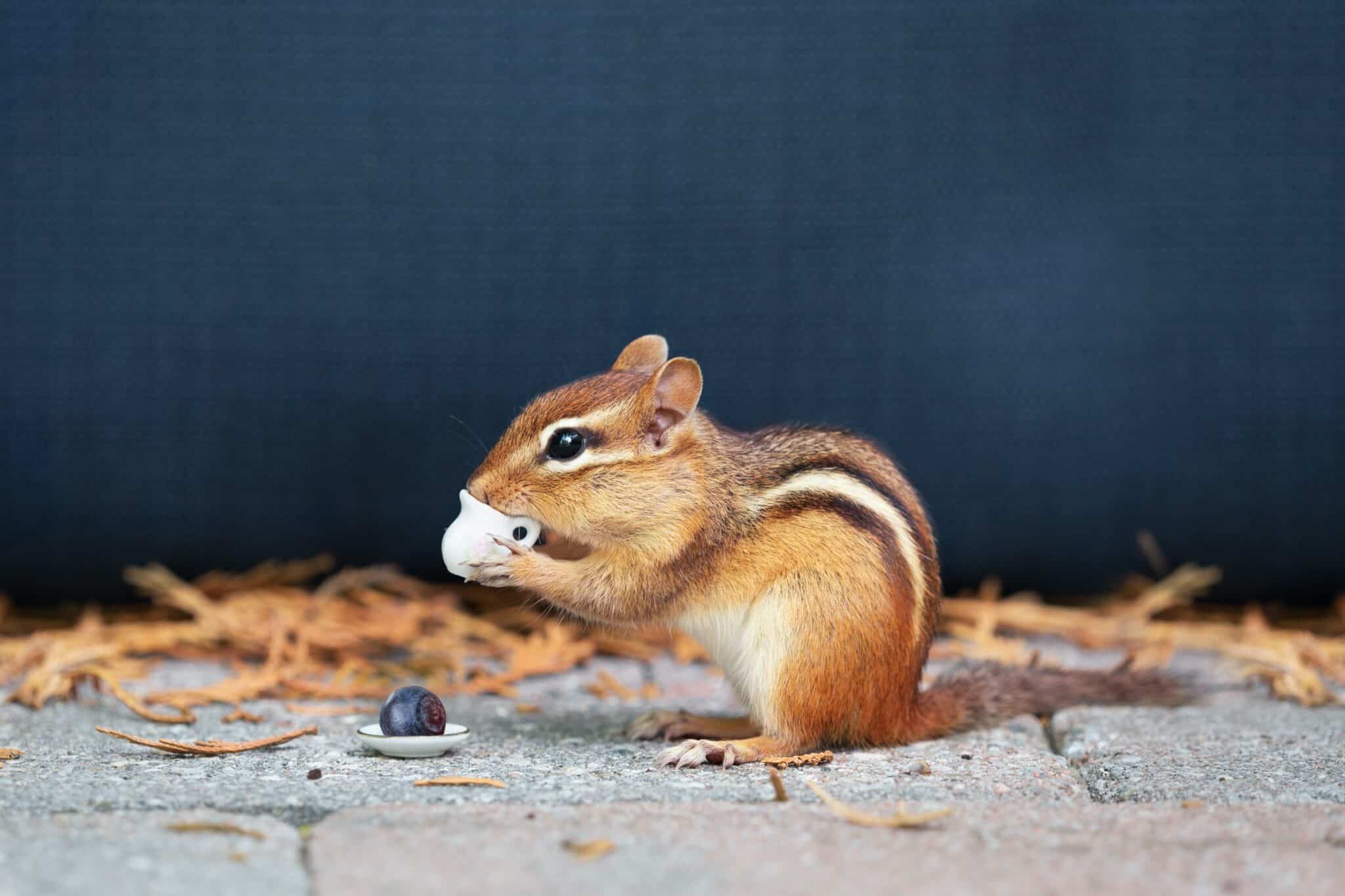 Are chipmunks invading your yard? Check out our guide on DIY tips for getting rid of chipmunks. 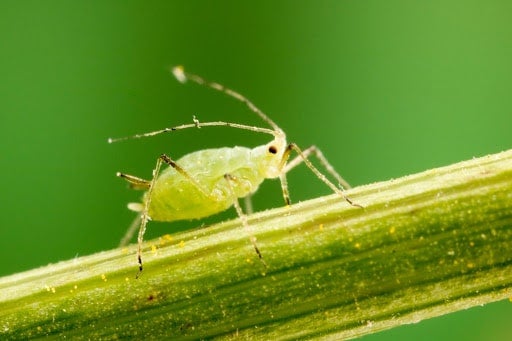 How To Get Rid of 12 Common Garden Insects

Keeping your garden pest-free is a constant challenge. Here are some of the most common garden insects you can run into and how you can get rid of them. 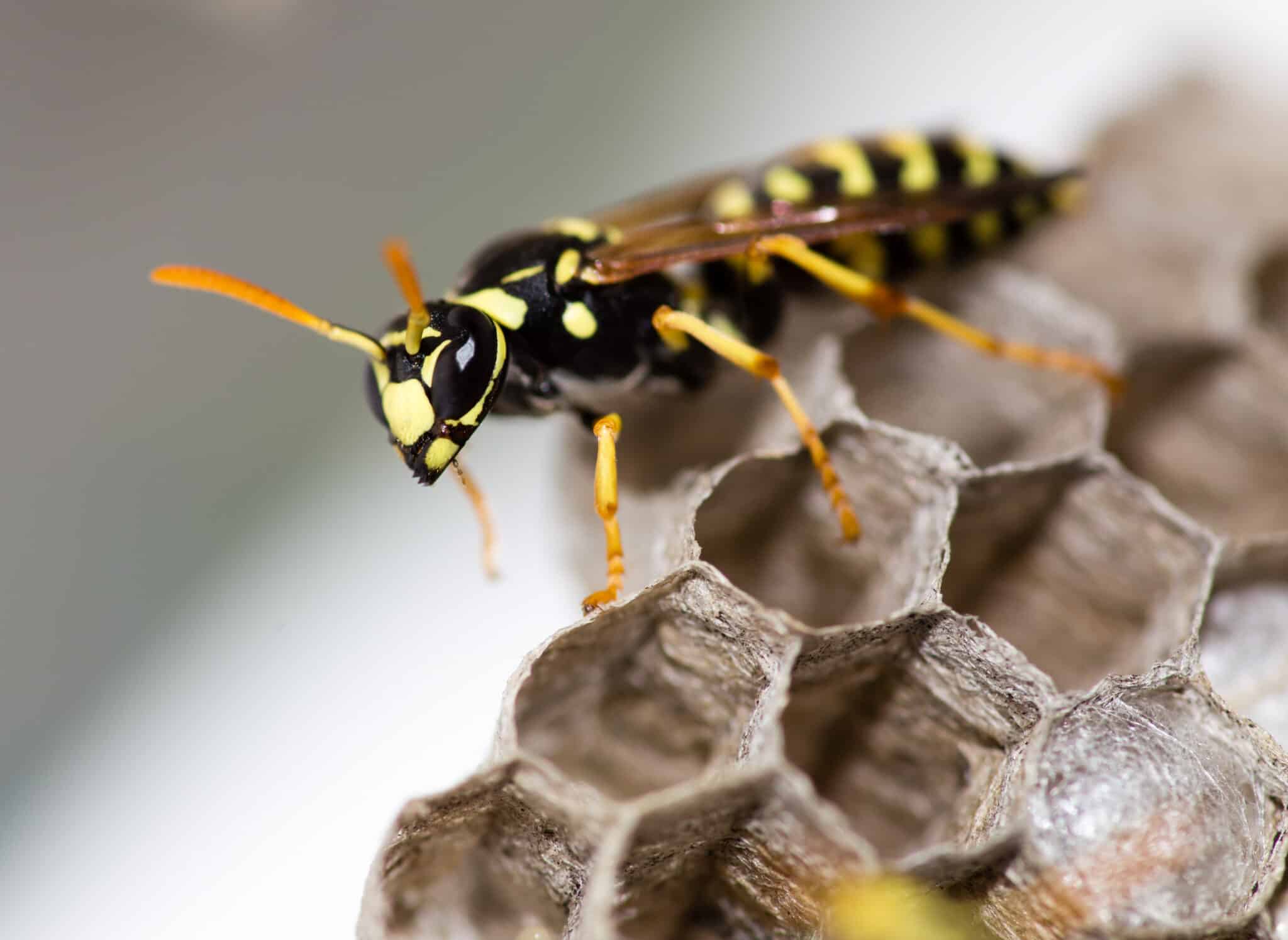 Wasps in or around your home can pose a threat to you and your family. Learn how to get rid of wasps with our definitive guide. 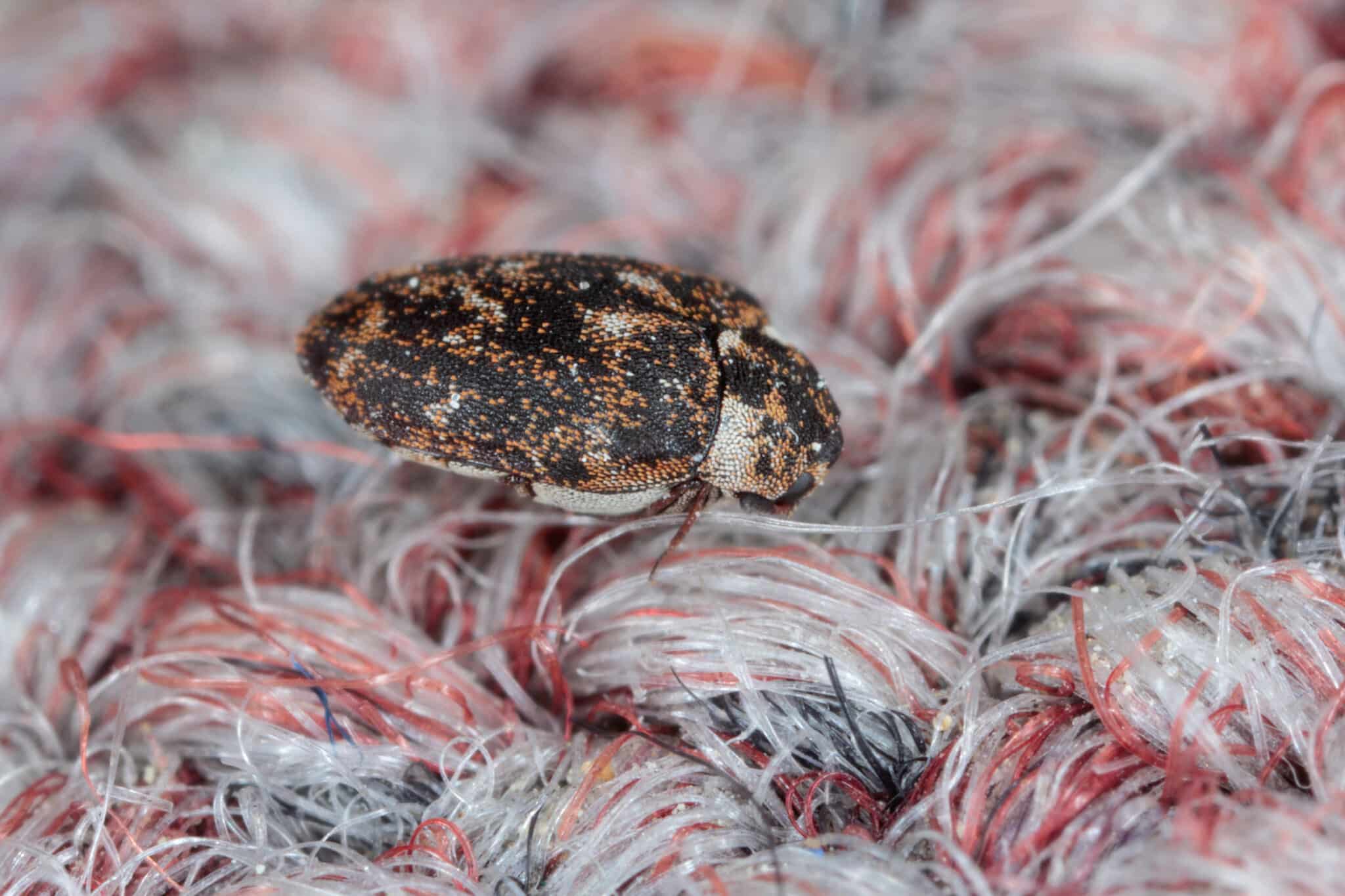 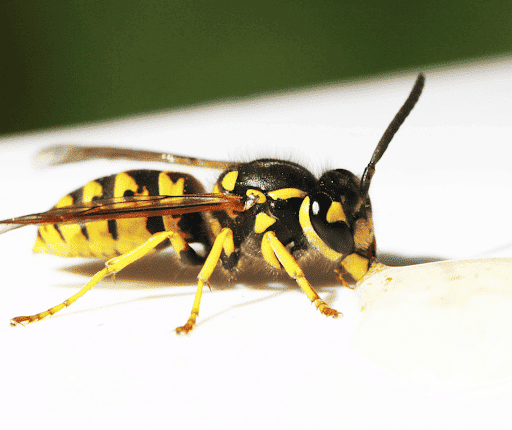 How To Make Homemade Wasp Spray

Wasps are nasty pests to deal with as they are fast and aggressive. Luckily, there are several homemade wasp sprays you can make to take them out.