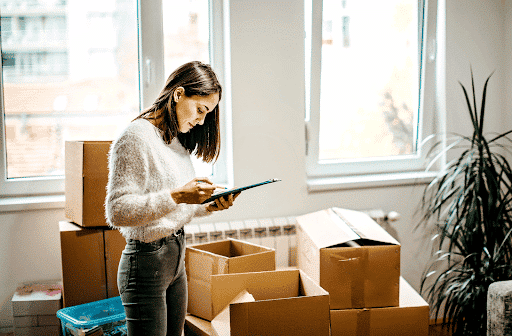 With inflation and mortgage rates soaring to unprecedented levels, one-third of all states losing population in 2021, and supply chain shortages caused by COVID-19, the moving industry is under a great deal of strain. To make matters worse, demographics with previously well-established habits, like millennials and retirees, are changing their moving preferences.

These factors, when combined, have made the moving industry more complex, and many homeowners have found it difficult to get reliable, trustworthy information. This article will clarify things by reviewing essential moving facts and trends, analyzing moving statistics, and explaining where people are moving and why.

Where People Are Moving Statistics & Facts

Top Ten States Moved to and From

Over the last few years, specific states have seen a massive influx of movers from other states. Several factors have contributed to this trend, but most experts point to booming tech sectors, lower state tax rates, and more affordable housing. What follows is a quick overview of the states with the highest number of movers coming in and those with the highest number of people moving out.

People Are Moving From Cities to Suburbs

The onset of COVID-19 impacted our society on multiple fronts, relocations included. According to the U.S. Census Bureau, during the outbreak of COVID-19, major population centers, such as New York City, San Francisco, Chicago, and Los Angeles, all saw record-breaking drops in population. While major cities seeing a population decline isn’t a trend caused by COVID-19, as many of these cities were experiencing population losses pre-pandemic, the onset of the disease impacted each city’s rate of decline. Furthermore, suburbs also saw a higher than average influx of population depending on region, with western and southern suburbs seeing the most gains.

Texas and Arizona Have the Highest Number of Rapidly Growing Cities

While large cities across the U.S. saw higher than average population drops, as a whole, this did not apply to every city. Population centers across the West and the South saw increases in population, namely in Arizona, Texas, and Florida. Of the top 10 fastest-growing U.S. cities, Arizona held the most spots on this list at four, with Texas possessing three and Florida two (the odd one out was Tennessee at number 10). Here is a complete breakdown of the list:

Up to 52% Of Young Adults Live With Their Parents, Reaching Levels Not Seen Since The Great Depression

The younger generation is one of the largest demographics impacted by recent housing trends. According to a research study by Pew, a record number of young adults (aged 18-29) moved back in with their families during the pandemic. This number peaked in July 2020 at an astronomical 52% from 45% in 2015. Most experts attribute this spike in young adults returning home to universities closing down dorms en masse due to COVID-19. Since then, numbers have fluctuated, and the data has become more unclear. According to the U.S. Census Bureau, in 2021, as many as 58% of young adults aged 18-25 still lived at home, with that percentage decreasing as age increases. The numbers for 2022 aren’t in, but early estimations from sites like Statista put the number of adults aged 18-25 remaining or moving home as high as 57%.

Gen Z Relocated the Most During the COVID-19 Pandemic

According to a study by Bankrate, young adults (Gen Z and millennial) migrated the most during the pandemic. Thirty-two percent of 18-24-year-olds relocated, followed close behind by 25-40-year-olds at 26%, then 41-56-year-olds at 10%, and lastly 57-75-year-olds at 5%, putting adults overall at 16%. When asked the purpose of their relocation, the most common response was to be closer to friends and family (31%), followed by finding more affordable housing (27%), and then relocation due to work (21%). Overall, we suspect that closing university housing also contributed to this number, but no statistics we found directly included this as a measured factor.

Like members of the Gen Z population, millennials were also impacted by the pandemic. As the world started quarantining, millennials began to pack up and relocate away from the cities, heading mainly toward the suburbs. Over 25% of all U.S. millennials relocated between 2020 and 2021, a stark contrast to the least migratory population throughout the pandemic, the baby boomers. During this time, older generations tended to stay in place, with most experts associating the higher impact of COVID-19 on elderly individuals as a leading cause. Compared to millennials and Gen Z, only 5% of baby boomers underwent relocations during the pandemic.

Millennials Have Different Moving Preferences Based on Age, With Older Millennials Preferring the Suburbs

According to a recent study by the Joint Center for Housing Studies at Harvard, millennials are more likely to migrate to suburbs over large cities. However, the study also notes that millennials are not monolithic in their moving habits, as younger millennials have vastly different habits than older members of this generation. Younger millennials, ages 25 to 30, tend to gravitate toward metropolitan areas, whereas older millennials prefer suburbs.

Denver, Colorado, Is a Hotspot for Millennials

Multiple studies have been conducted regarding millennials, their position in the workforce, and their moving habits. These studies, by and large, all show that millennials are heading toward states with lower or non-existent income taxes and generally avoiding large cities. One state that has been a recent addition to the “move to” list is Colorado, specifically Denver. In 2019, 10,971 millennials moved to Denver, making it the city with the largest influx that year. Today, Denver is still a growing hotbed for this demographic, only contested by major locations in Texas and Arizona.

In 2021, only 226,000 Americans moved after retiring. This amount is the lowest number of moving retirees in five years, followed by 2016, with 248,876 retiree movers. In 2021, 40% of those who did move were early retirees (under the age of 65), who were 64% more likely to move than standard retirees. This figure bodes more worries economically, as the number of retirees from 2020 and 2021 was inflated due to COVID-19 forcing many individuals to retire early.

Florida Is the Retirement State, With Arizona Close Behind

According to recent findings, it turns out that Florida is, in fact, the retirement state. According to SmartAssets, Florida was the number one state for retirees in 2019, followed closely by Arizona, North Carolina, South Carolina, and Texas. The common factor linking most of these states is their tax benefits for retirees. Florida specifically has no state income tax or retirement income tax, making it a lucrative location for retirees.

Mesa, Arizona, Had the Highest Influx of Senior Citizens

While Florida sees the most retirees as a whole, Arizona takes the cake for most retirees per city. In 2019, the city with the highest net gain of retirees was Mesa, Arizona. Mesa had an influx of about 3,800 seniors and a loss of 1,800, netting it 1,951 senior citizens.

The Total Cost of Moving

Moving Costs Are up 15% Over Last Year

COVID-19 put a great deal of strain across most, if not all sectors of society, the moving industry included. All aspects of the moving world are seeing price hikes, from gas prices increasing to over 40%, moving trucks to over 14.5%, and rising labor costs. While COVID-19 is not the root cause of these price hikes, it’s considered by most experts to be a major contributing factor. Most estimations conclude that moving costs have increased by 10% to 15% between 2020 and 2021, with 2022 increasing even further.

Gas Prices Are up by 48% Since 2021, Increasing Total Moving Costs

As of this article, gas prices are currently sitting at around $5.06. in 2021, the average gas price was around $3.05, and $2.17 the year before. Simply put, gas prices have risen around 48% in the last 12 months, and this price increase will directly impact your moving cost. Whether through DIY moves or hiring a professional moving company, gas is always a major factor on the bill, alongside cargo weight and distance.

The moving industry is a complicated one. Societal and economic factors like inflation rate, gas prices, and seasonality greatly impact all parts of the industry. Those moving are no less complex, with elements like age, region, and economic standing all playing a crucial role in determining relocation habits. Furthermore, along with preexisting supply chain, labor, and regulatory issues, COVID-19 has also dealt a serious blow to the moving and housing industry. This perfect storm has resulted in a straining market, which has many demographics making difficult decisions. In these confusing times, it can be difficult to determine fact from speculation, but hopefully, the information in this article will help clear things up.

What Is the Average Cost of Moving Interstate?

An interstate move is any long-distance relocation that takes place over multiple states. The cost of these moves can vary depending on the amount of cargo you’re hauling, how far you’re going, and any add-ons you purchase from your moving company. However, the typical national cost of an interstate move is between $4,000 and $5,000, averaging around $4,500.

What Is the Average Cost of In-state Moves?

An in-state move is any relocation within a single state and is typically a short distance. All the factors that affect interstate moves also affect in-state moves, so costs can still vary, but you can expect to pay between $800 to $2,500, averaging to about $1,400.

What Is the Busiest Time of Year To Move?

The busiest and most expensive time to move is between April and September. The summertime makes moving easier because kids and young adults are off school, and the weather is more accommodating.

What Is the Average Cost of Professional Movers?

The cost of professional movers can vary depending on what kind of move you’re undertaking, the season, the distance of the move, and any add-ons you select. On average, you can expect to pay anywhere from $1,200 to over $5,000 for a professional moving company.

What Items Are Movers Not Legally Allowed To Move?

Due to federal regulations, there are a number of items that movers are not allowed to transport. Here is a quick list of said items: 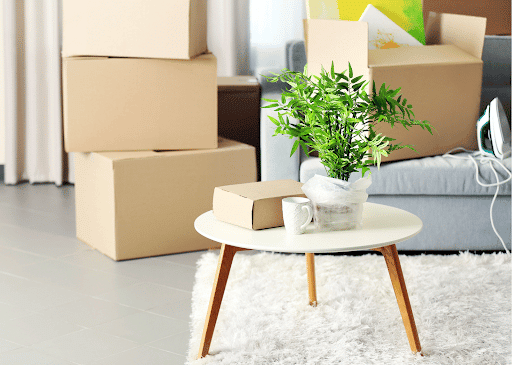 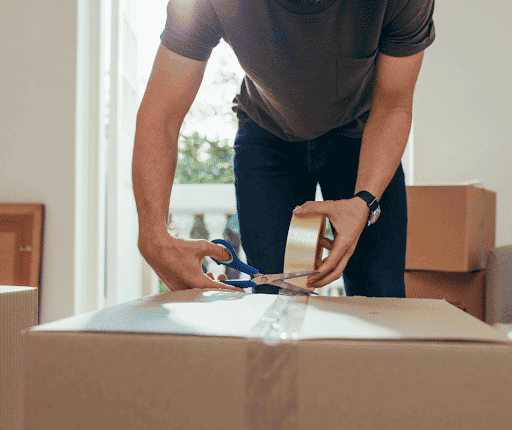 The Complete Guide To Packing Artwork for Moving

If you’re getting ready to move, taking special care with your artwork is essential. Today, we’re sharing our complete guide to packing artwork for moving. 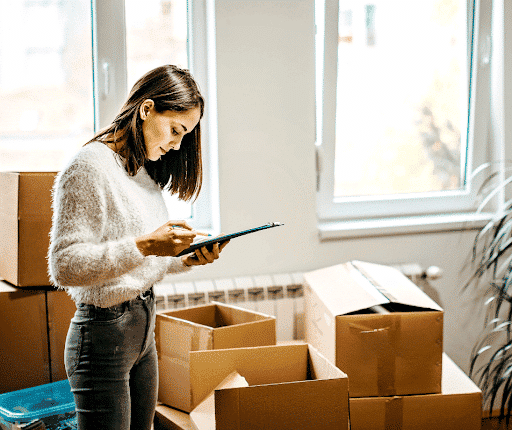 How to Update Your License and Registration When Moving

Updating your driver’s license is a tedious but necessary process when moving. Each state is different, and this guide will break down their rules and time frames. 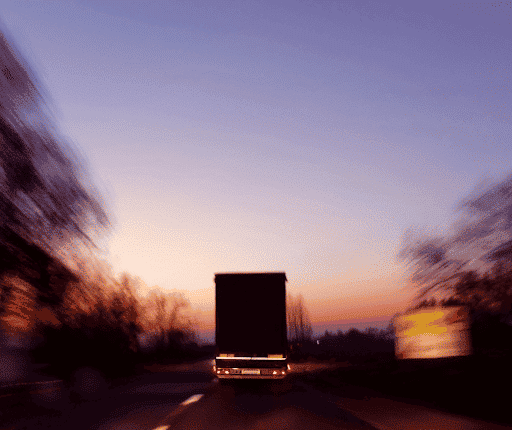 Getting ready for a big move? Take a moment to double-check that your moving company has an active USDOT number with a clean safety and crash record. 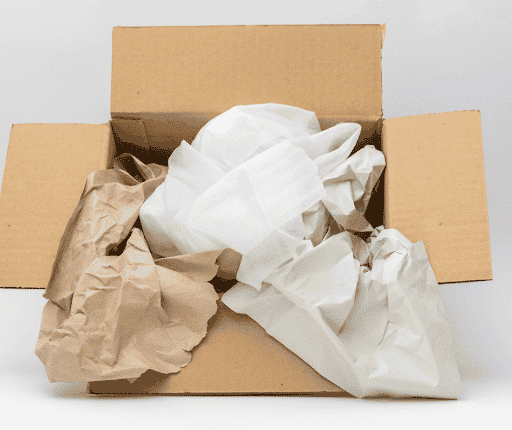 7 Of the Best Packaging Materials and How To Use Them

Getting ready to pack for your upcoming move? Consider our list of seven of the best packaging materials and how to use them. 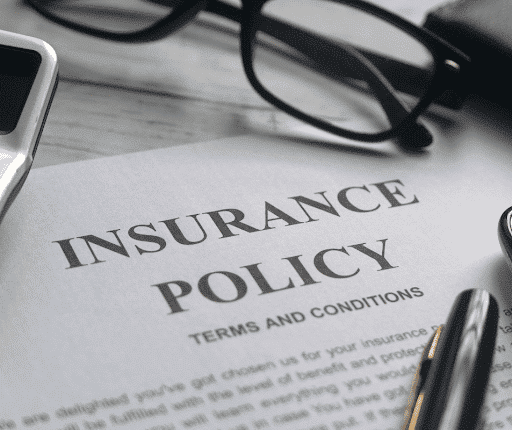 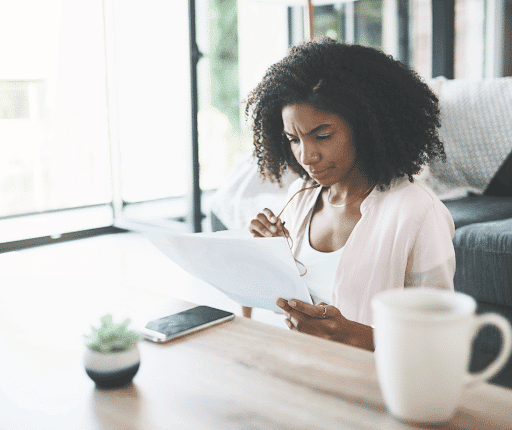 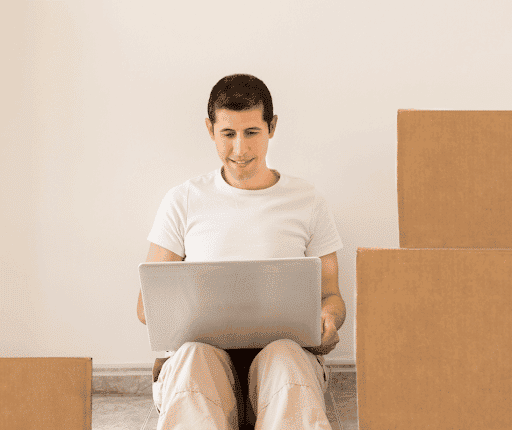 What Is a Flat-rate Moving Company?

The dispute between flat-rate and hourly movers is an old one. This guide discusses which one of these pricing models can save you more money. 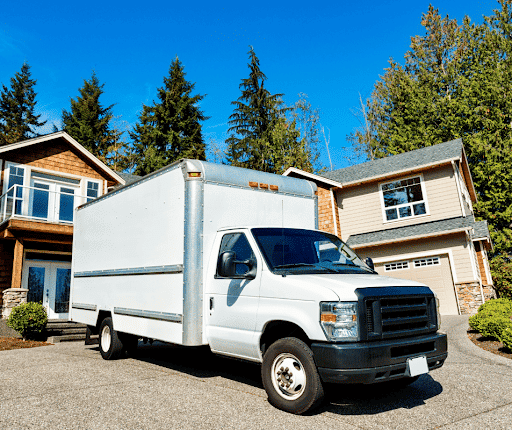 How To Choose the Right Moving Truck Size

Knowing how to choose the right truck size for your move is imperative for a smooth relocation. This comprehensive guide will help you find out how.