Artists in Residence: Artists’ Residencies and the Relationship Between Creativity and Space 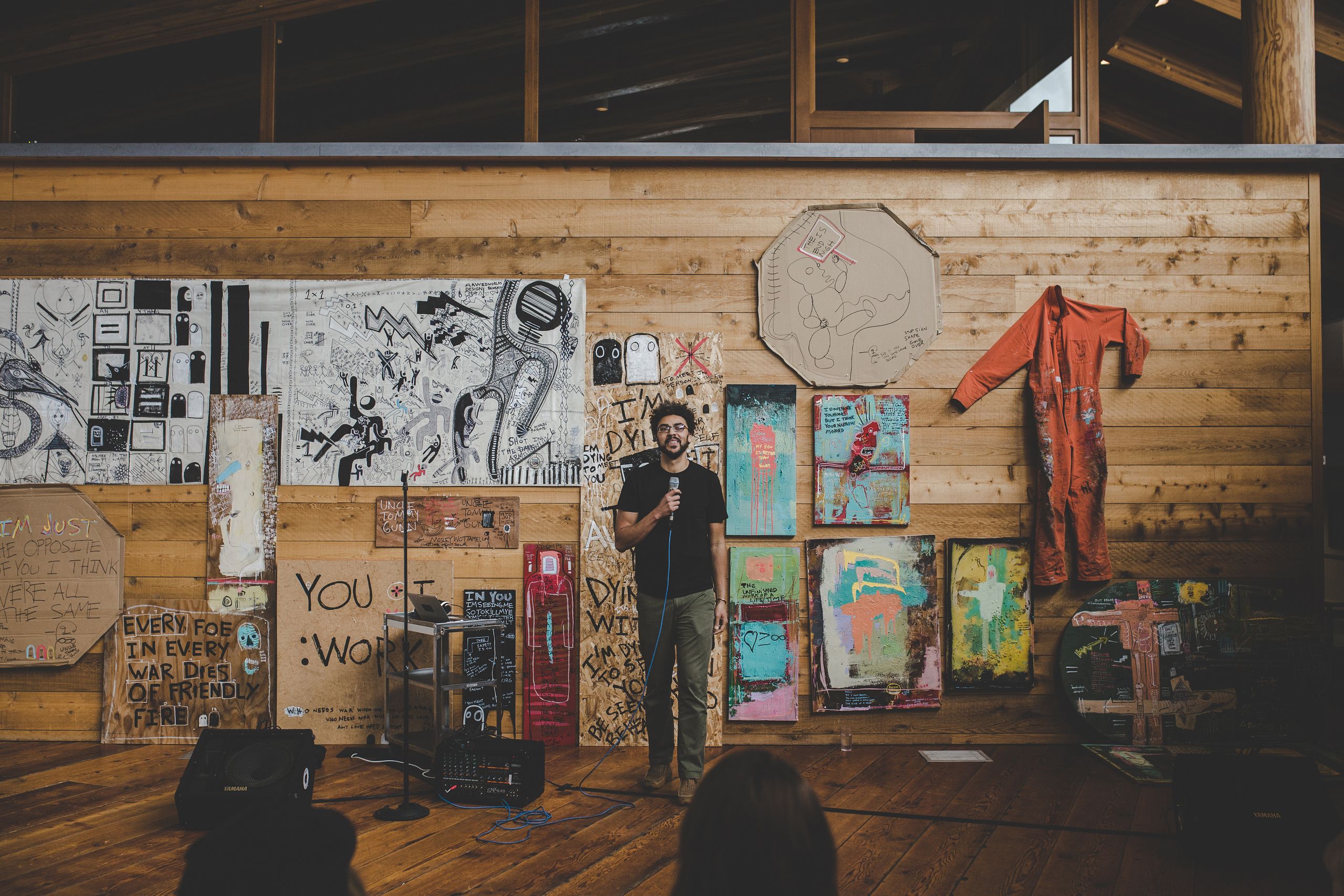 Pictured above March 2018 artist in residence Jason Graham performing in at Open Studios, an afternoon of presentations, performances, and studio tours for the public that caps off each residency month at Caldera in Sisters, Oregon

The spaces that artists occupy, from homes to studios and beyond, can have an enormous effect on how and what they create, whether or not the art itself explicitly reflects a sense of place. While all of us are, to some extent, affected by the spaces in which we live, artists are often considered to be more sensitive to their surroundings. As the writer Pearl Buck put it, “the truly creative mind in any field is no more than this: a human creature born abnormally, inhumanly sensitive.”

Of course, creatives of all stripes must find ways to carve out space for themselves amidst the hustle of daily life. But what happens when artists are given the gift of unrestricted time—and vitally, a dedicated living space—to pursue their crafts? Hundreds of artist-in-residence programs across the country (and around the world) do just that, offering artists from all disciplines a respite from their ordinary routines and environment to follow their muses for anywhere from several weeks to several years at a time.

Artists’ residencies can take many different shapes and forms, but we were especially curious about those that provide housing rather than just studio or office space or a housing stipend. How, we wondered, does the provision of dedicated housing—whether it’s on a remote island on Lake Superior, in the heart of Los Angeles, or somewhere in between—influence artists and the creative process? And, how intentional are residency programs about the space they provide?

To keep your space fresh and functional, find the best home warranty for your home. 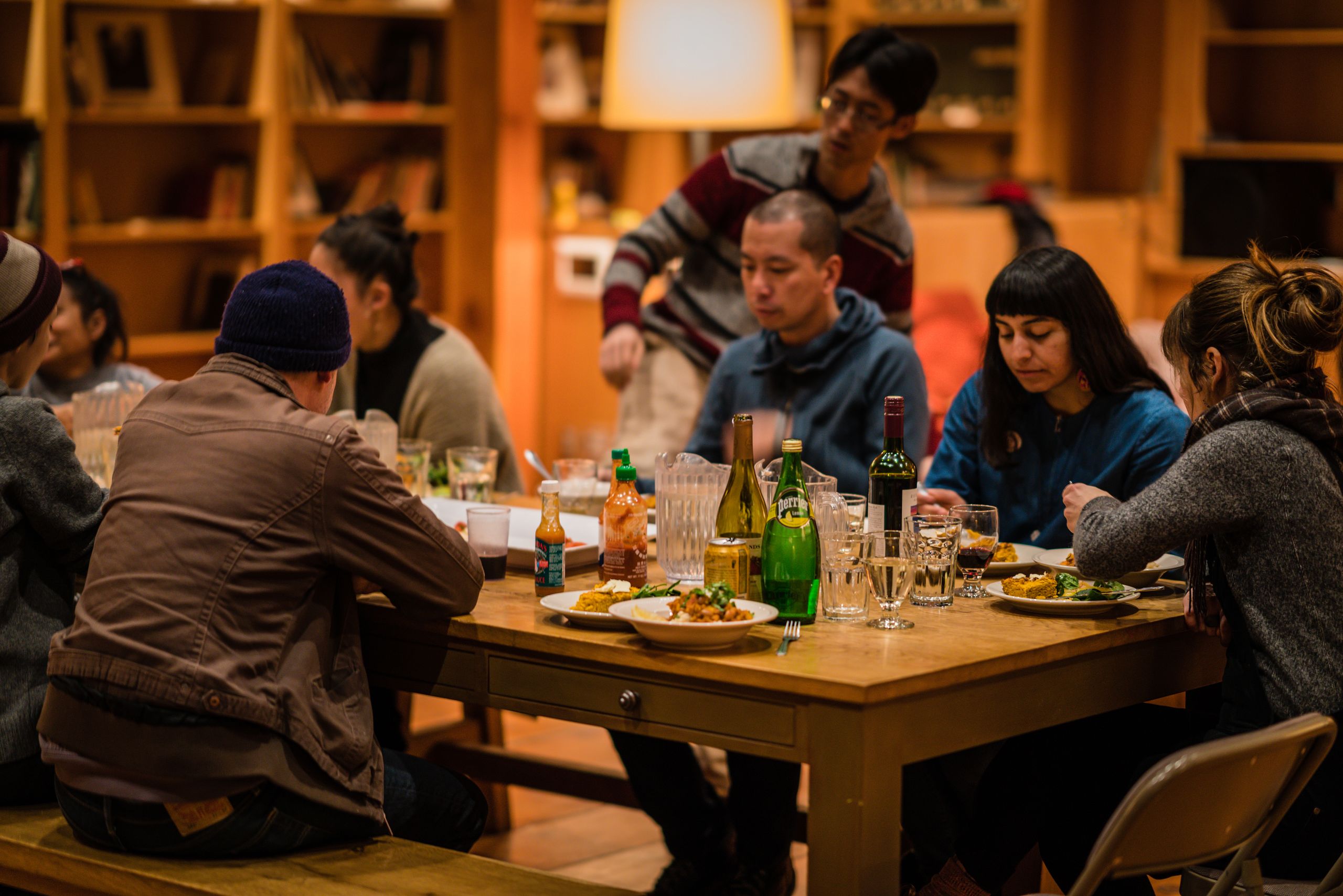 Pictured above Caldera artist-in-residence cohort at a weekly dinner. Caldera brings a chef to the Arts Center to cater a meal every Thursday for artists in residence. Pictured are Masayoshi Ishikawa, Leland Cheuk, Blanca Villalobos, and Carolina Pfister.

Dylan Angell, a writer and musician from New York City, has participated in several residencies, including one at the Wellstone Center in Soquel, California. He lives with roommates in the city and, in addition to pursuing his art, also works part-time.

“Sometimes people are yelling on the other side of the wall or they are jackhammering on the street,” he says. While Dylan is typically able to be productive even in a loud, urban setting, “having the focus required to work sometimes seems next to impossible.” In Dylan’s experience, residencies have provided a much-needed pocket of quiet to focus on his work as well as a change of scenery that can be reinvigorating.

“It’s just the quiet, the simplicity of the place. Hopefully the weather is nice and there is some nature to walk around in when you need a pause,” he says. “When I am left alone in a place where I can solely commit time to writing, I usually lock in and stay steady.”

The locations of the residencies haven’t just provided the setting for getting work done—they have also informed Dylan’s writing. “I write a lot about my travels, so the experience of going to these places often finds its way back into the actual content of the writing,” he says. Over time, Dylan has found that taking periodic residencies in more remote locations provides the right balance with city living. “Sometimes when I’m in quieter locations, I miss the tension of the city,” he explains. “I personally think I need to jump between both worlds.” Dylan’s next planned residency is in Italy, at Ville Tereze.

Eroyn Franklin, a comics artist and illustrator based in Seattle, Washington, recently completed a residency through the Caldera Arts Center, near Sisters, Oregon. Each artist selected for the program is given their own A-frame cabin in the woods, surrounded by the Cascade Mountains. For Eroyn, the cabin itself became a focal point during her stay; inspired by her experience, Eroyn ultimately produced a graphic novella about a woman falling in love with an A-frame cabin.

Eroyn admits that she came to the residency unsure of how she much she would get out of the experience, especially since she already has a studio space she loves and had even saved some money specifically to take a break to pursue her art. “When I left for Caldera, I thought maybe it was unfair that I was given a residency,” she says. “But at home, I still checked my email every couple of hours and would find ways to distract myself during the day. Cutting myself off from these impulses was vital.”

Although Caldera’s campus includes both private and shared workspaces in addition to the cabins, Eroyn intentionally chose to work solely in the cabin during her stay. “My entire world was the A-frame cabin and the land surrounding it,” she says. “I thought that spending a month in a relatively small space would make me claustrophobic, but it never felt that way. The cabin was like an exoskeleton. It was a slightly dependent relationship, but one I was happy to be in. Without the space, I would not have made the work I did. It became my muse.”

While Eroyn’s attachment to her residency living space may have been more pronounced than usual, her experience reflects an alchemic engagement with space that the creators of many residency programs hope will unfold for the artists they select. Maesie Speer, the program manager at Caldera, observes that many resident artists go through a process of familiarizing themselves with their cabins and studios, becoming more productive as they get more comfortable in their temporary homes. “One of my favorite things is to see how people rearrange the spaces in their cabins to make them their own,” she says. “Seeing artists take ownership of their space is a signal to me that there’s an opening for their own creativity within that space that then translates to the work.”

Caldera’s artist-in-residence program started as a creative way to make off-season use of the Caldera Arts Center campus, which is used in the summer as an arts and nature summer camp. In many ways, then, the space itself led the way to the residency. Although each residency has its own origin story, many programs view the setting of the residency, including both the housing and the surrounding land and communities, as integral to the residency experience. 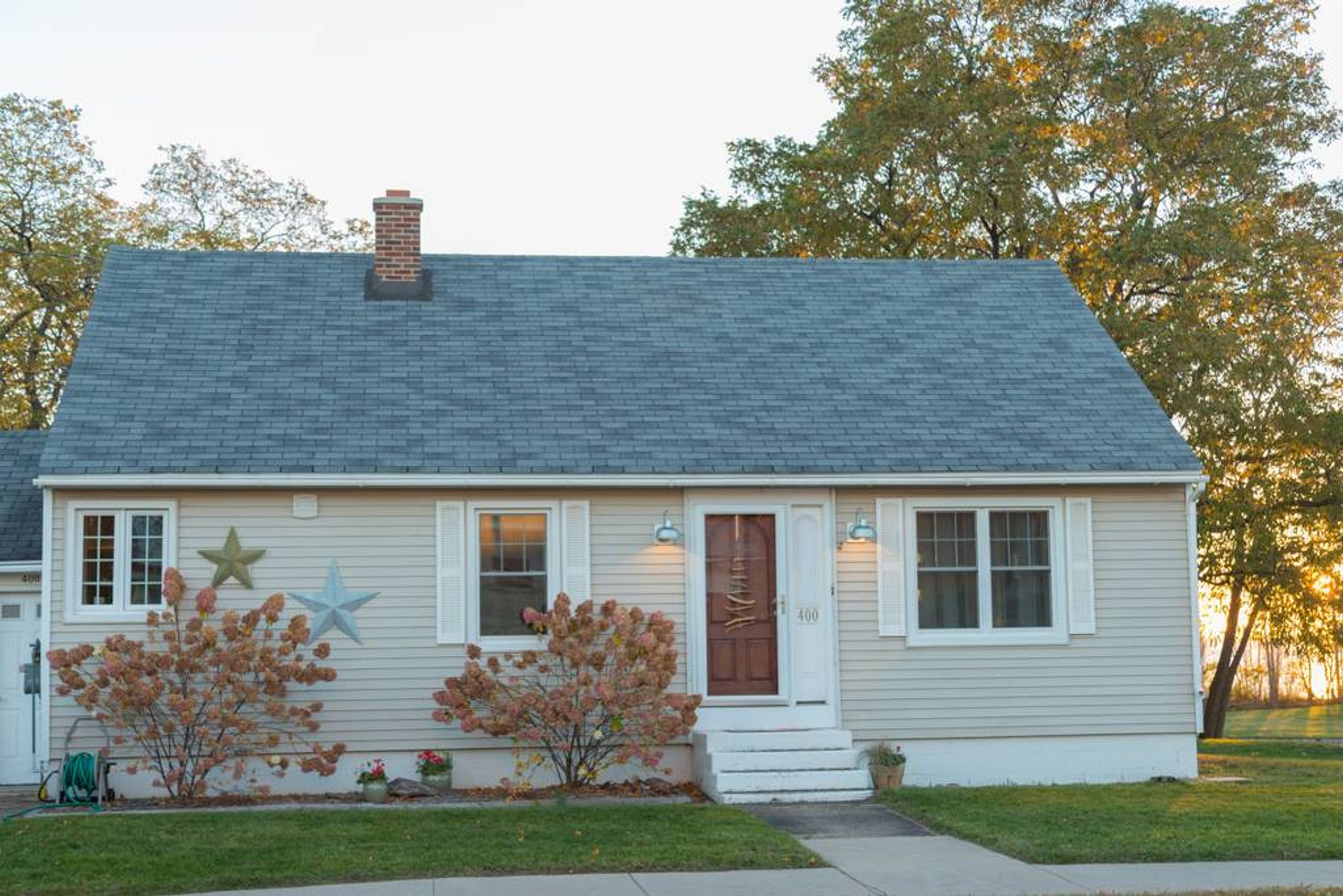 Photo via Marquette Chamber of Commerce

For example, The Marquette Creative Residency, a newly launched, three-month residency in Marquette, Michigan, was founded with the idea of giving artists access to the small but vibrant town on Lake Superior. “This residency is very much about bringing in people from outside of our very small community and trying to get them symbiotically involved,” says Josh MacIvor-Andersen, the residency’s director. “A place to live to be rooted for three months felt really central.”

The Marquette residency was partially inspired by the town’s iconic Harbor Lighthouse, which includes living space that is under renovation. The hope is that residents will eventually live in the lighthouse for the duration of their stay. For now, Marquette’s residents will be housed in a charming lakeside cottage right next to the lighthouse. “Our hope is that residents will be living in such a serene and wonderful environment that even if their art doesn’t directly engage the lake and lighthouse, that it would impact their creativity,” Josh says.

Meanwhile, in Spartanburg, South Carolina, the Hub City Writers Project offers a 15-week Writers House Residency in both the spring and the fall. Residents in this program live (one at a time) in a two-bedroom bungalow located in downtown Spartanburg. As part of the Hub City program, residents are required to engage in community service. “Our residency has a community service component that gets writers into the community as part of Hub City Writers Project’s mission to serve the literary needs of the Spartanburg community, says Kate McMullen, assistant director of Hub City Press. “The best way to get residents in the community, we’ve found, is that they also live there.”

Regardless of where a residency is located, many artists truly benefit from a change in location—and a dedicated space to call their own. “How do we create space that inspires creativity?” Maesie asks. “And how is creativity inherent in the spaces we have?” These are questions that artists participating in residencies all over the country are free to reflect upon with fresh eyes. 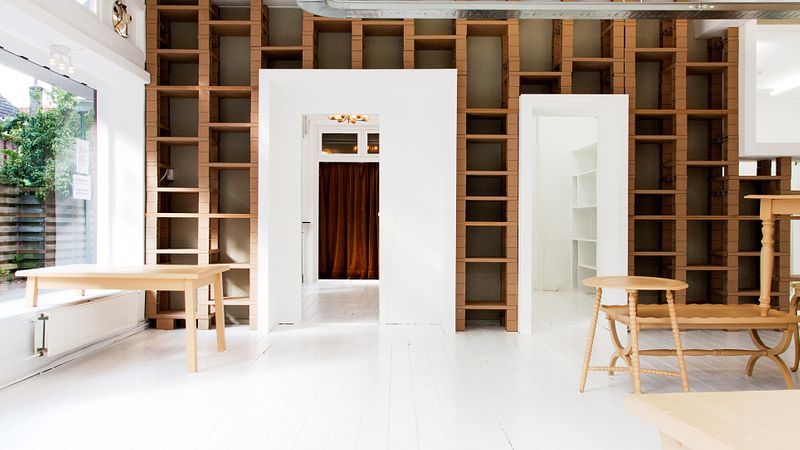 The Japanese philosophy of wabi-sabi, the acceptance and even embrace of the imperfect and incomplete, is back in vogue this year for those who are just tired of folding the laundry. So what does this say about our obsession with having beautiful homes? 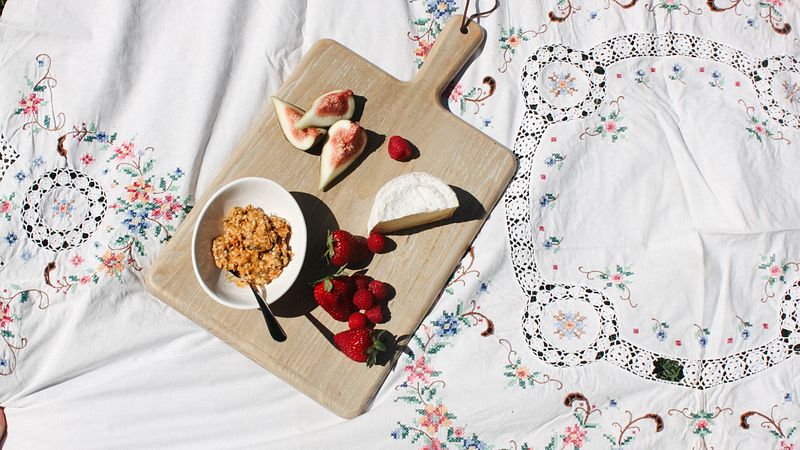 How To Hygge This Summer

Though hygge (pronounced hoo-gah) is typically associated with winter and colder weather, it takes on a whole new meaning during the warmer months. Here are nine ways to hygge this summer. 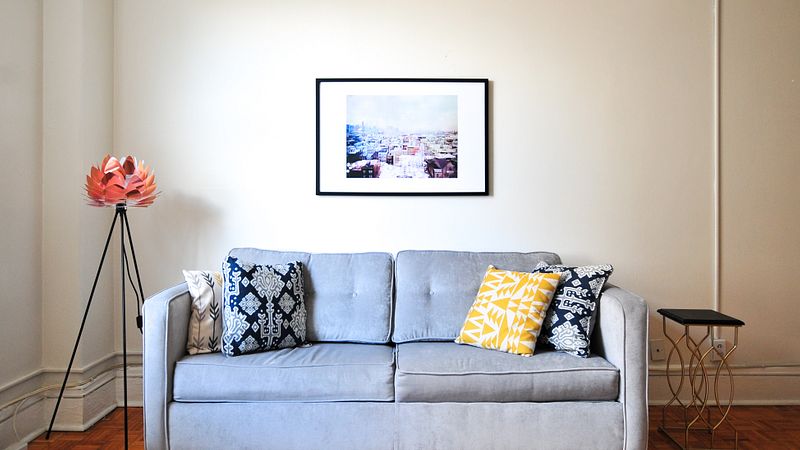 Intentionally Small Living: How Americans Are Embracing the Idea of Living Small (and How You Can Too)