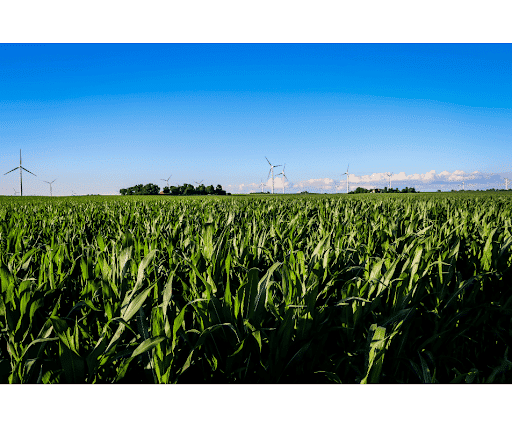 The growing season is the time frame in which plant growth occurs. Some people quantify this period as the number of days between the last spring frost and the first fall frost.

A region’s growing season depends on factors like precipitation, daylight hours, frost-free days, and air temperature. These factors mean growing seasons vary by region and determine which plants will grow successfully there.

This article will answer the following questions to help you understand what a longer growing season means for you:

Why Is the Growing Season Getting Longer?

Spencer Mell, a meteorologist and climatologist at the National Weather Service, explains the cause of the phenomenon:

“The growing season is getting longer simply because the Earth is warming. However, where we are seeing the most drastic warming is during overnight lows in the cold season. The low temperatures aren’t getting as cold, so the first frost date of the growing season is coming later, and the last freeze is coming earlier.”

As temperatures rise year after year, frost occurs later in the fall. Then, the tail end of the cold season is cut off when the last frost of spring occurs earlier. Both instances create a longer frost-free season – the period between the first freezing temperatures of fall and the last of spring.

The EPA’s Climate Change Indicators report says the average growing season in the continental United States “has increased by more than two weeks since the beginning of the 20th century.”

Pros and Cons of a Longer Growing Season

Benefits of a Longer Growing Season

Realistically, the longer growing season has only a few benefits.

Meteorologist Mell notes that growers can yield multiple harvests within a longer season. With more time to grow crops, farmers could also diversify the types of crops they can grow.

Mell explains this by saying, “Places that once had unviable climates to support growth can now produce some crops.”

For example, crops that once had to be grown near the equator can now thrive in a broader range of elevations.

NASA’s Earth Science News Team projects warmer temperatures could expand the number of regions where wheat can thrive, potentially increasing crop yields by 17% by 2030. This is a significant benefit considering that grain “constitutes a major source of macro and micronutrients and energy – 15-20% of the required intake – for the world population.”

On a smaller scale, the longer growing season might benefit homeowners eager to plant diverse gardens. With higher temperatures, longer warm seasons, and less precipitation, you can grow plants that typically thrive in hotter climates.

Drawbacks of a Longer Growing Season

Unfortunately, the cons of a longer growing season heavily outweigh the pros. An extended period of warmth might benefit home gardeners seeking experience with different plants, but it will mainly disrupt biological processes and lead to imbalances in nature.

As the growing season shifts, ecosystems will fall out of balance, causing plant growth, animal mating seasons, and precipitation patterns to drop out of balance.

Rising temperatures in the spring cause plants to release hormones that trigger the growing cycle. In this way, plants sense the arrival of warmth and know it’s time to start sprouting. With warmer temperatures arriving in the winter, some perennial plants will bloom early, only to be killed back by spring frosts.

While the hotter weather negatively impacts plants’ growing cycles, it simultaneously helps the pests that damage them. The U.S. Global Change Research Program predicts a longer growing season will benefit invasive species, pests, and plant diseases, allowing them to persist year-round instead of dying out in the winter.

NASA suggests that a longer growing season will impact the production of corn, one of the world’s most important food crops. Higher temperatures and greenhouse gas emissions could decrease maize crop yield by 24% by 2030.

The lengthened growing season seems like it would encourage plants to grow for a more extended period, but that’s not necessarily the case.

Rising temperatures affect a myriad of factors like rainfall frequency and heatwaves, which can lead to drought. These factors cause reductions in crop yield and plant productivity in the long run.

Likewise, higher temperatures accelerate crop maturity as plants grow earlier in the season and continue to do so with sustained heat. Alex Ruane, co-director of the GISS Climate Impacts Group, says, “If you rush through your growth stages, by the end of the season, you just haven’t collected as much energy. By growing faster, your yield actually goes down.”

Mell agrees, noting that the temperature increases have also affected rain cycles, which harm crops through drought, flooding, and other severe weather events.

“We have seen — particularly over the last several years — severe and extreme drought over the Western U.S., which greatly reduced crop yields in those areas,” says Mell. “On the opposite spectrum, we have seen heavy rain events that, in some cases, delayed the growing season for some farmers due to the inability to get into their fields. We have also seen events where flooding has destroyed crops.”

How to Prepare Your Plants for a Longer Growing Season

Although you can’t change the climate, you can prepare your lawn and garden for the planting season.

A lengthier hot season means some plants will struggle to survive.

We suggest selecting plants that are drought-hardy and equipped for high temperatures. You might even consider planting things from a USDA Plant Hardiness Zone above your current one. These plants will be able to handle higher, drier temperatures.

If your garden is full of plants you’d like to maintain through the next growing season, you can support them with watering and mulching.

Set up a watering schedule for plants that need consistent hydration. Some plants like pansies and marigolds need an inch of water every week. If your region experiences drought conditions, you’ll need to provide your plants with the water they’re missing.

Mulching is another tactic to keep your plants healthy during dry spells.

Mulch your flower beds by applying a layer of organic matter around plants and shrubs. The mulch will retain moisture and improve soil structure as the organic materials break down. It will also prevent the soil from drying out, keeping your plants’ roots cool and hydrated.

Lastly, exercise caution when pruning your garden. Heat and drought are incredibly stressful for some plants, and pruning can exacerbate that stress.

The University of Minnesota Extension suggests waiting for slightly cooler temperatures to prune your plants. Plan to prune them on a cool, low humidity day with a low chance of rain. Wet conditions make healing plants more susceptible to infection.

Finally, you’ll need to weed your garden regularly and thoroughly.

As we now know, the long season of hot weather allows some weeds and pests to survive the winter, giving them more time to infest your garden.

Weeds adapt well to drought conditions and propagate earlier and quicker in the warmth. Weed your flower beds frequently to prevent pesky plants from overtaking your garden. The task will be more manageable if you remove the weeds every couple of days instead of trying to pull them up after they’ve conquered an entire area.

Now that you know how the longer growing season affects plants, you can start preparing your garden for the heat. If you’ve already prepared for the upcoming planting season, you can adjust your watering and mulching schedule to suit your plants’ needs.

If you’re already planning for next year, try incorporating some drought-hardy plants that will tolerate the heat with less water and care. These plants have a better chance of surviving the frost-free season with fewer resources.

On a larger scale, you can do your part to slow climate change by practicing environmentally friendly behaviors. Otherwise, agricultural scientists may have to find ways to make plants – especially food crops – better equipped for the longer growing season. 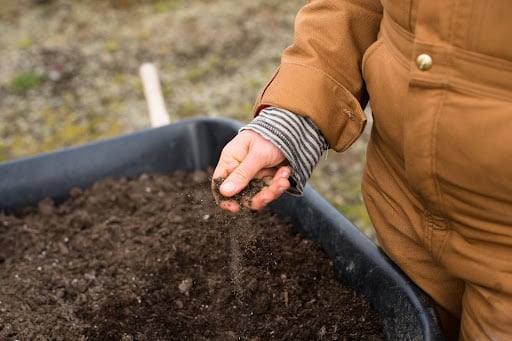 How to Test Your Lawn’s Soil PH

Acidity and alkalinity levels drastically affect how well your lawn grows and flourishes. Read our guide to learn how to test your lawn’s soil pH. 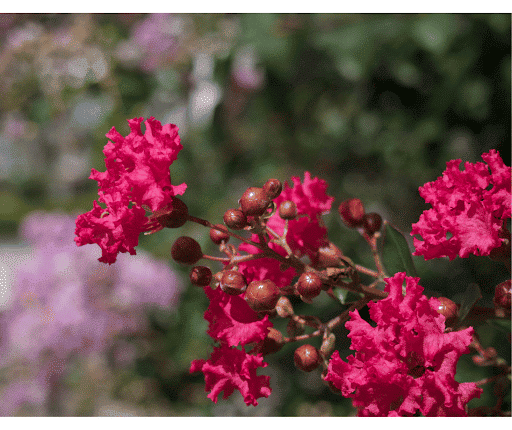 How To Grow Crape Myrtle Seeds 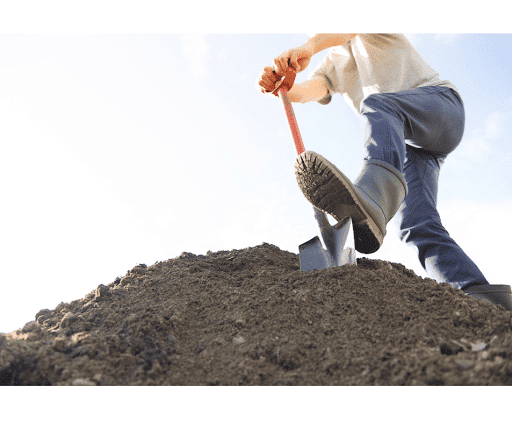 How To Find Utility Lines In Your Yard

Utility lines can wreak havoc on your home and neighborhood if damaged. Learn how to safely dig in your yard by first locating underground utility lines. 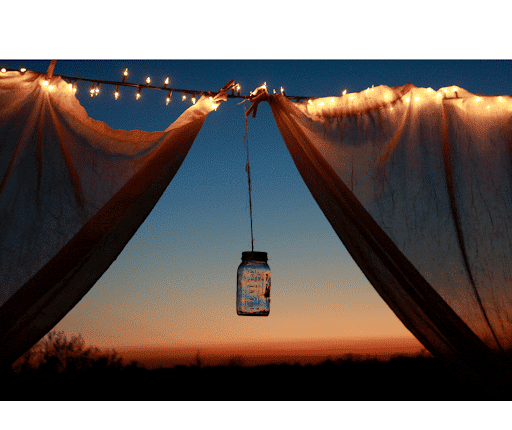 DIY Guide: How To Make A Mason Jar Wind Chime

Wind chimes add a touch of color and beautiful music to your garden. We’ll show you how to make your own DIY mason jar wind chime in five easy steps. 15 Bulbs to Plant in the Spring for Amazing Summer Blooms

Interested in planting vibrant, beautiful summer blooms in your garden? Here are 15 incredible bulbs to plant this spring for summer blooms. 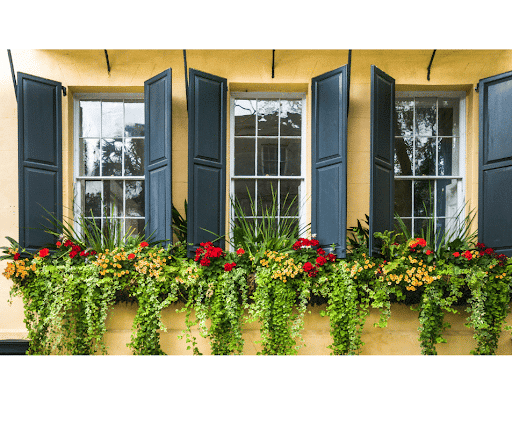 The right window box design will increase your home’s curb appeal and impress onlookers. Read our article on the 20 best plants for an eye-catching window box. 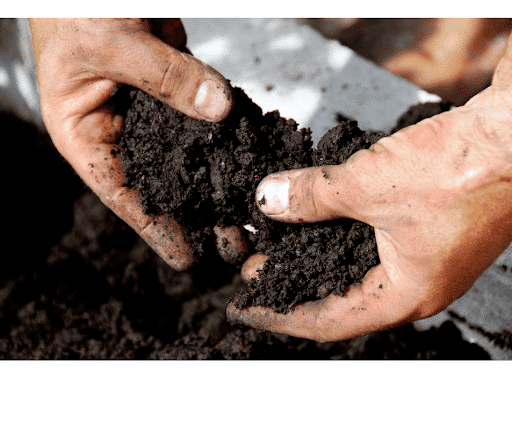 How To Test Your Yard’s Soil Texture

Soil texture is determined by the percentage of sand, silt, and clay in a sample. In this article, we’ll show you how to test your yard’s soil texture and more. 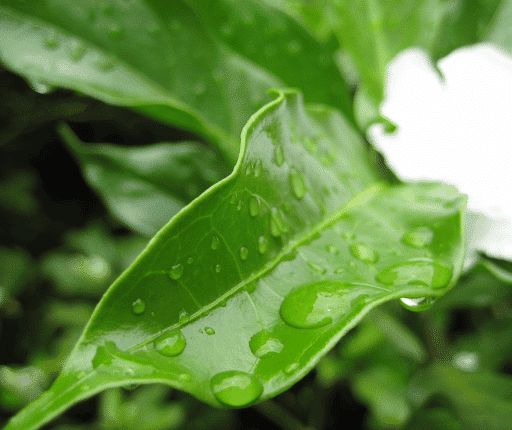 How To Build a Rain Garden: The Complete Guide

Interested in learning how to build a rain garden to reduce water pollution and divert gutter water into a garden? Read our guide on building a rain garden! 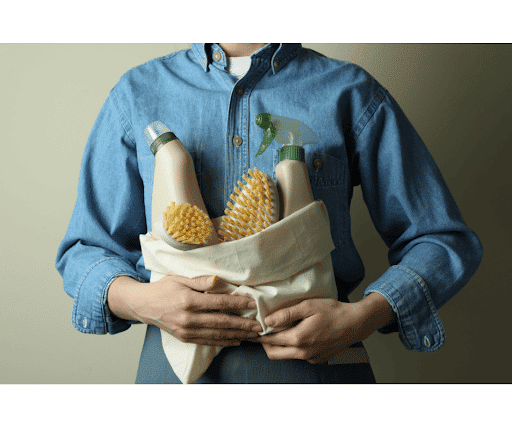 Eco-Friendly Ways To Clean The Outside Of Your House

Cleaning the outside of your house is key to long-term maintenance. We’ll show you eco-friendly ways to clean your home’s exterior with the environment in mind.