Scotts Lawn Care is one of the best-known brands for products like fertilizer, weed control, and grass seeds. The company is part of The Scotts Miracle-Gro Company, which also owns brands such as Hyponex, Earthgro, and Ortho. Scotts used to have a subsidiary called Scotts LawnService that provided lawn care services to consumers around the US. That company combined with TruGreen in 2016.

Keep reading to learn about the history of Scotts Lawn Care and how to best use Scotts most popular lawn products in your yard.

If lawn care isn’t your specialty, have you considered hiring a professional lawn service to take over messy tasks like fertilizing and weed control? House Method recommends TruGreen, which serves more customers than any other lawn care service in North America. For a free price quote, call 1-866-817-2172 or fill out the online form.

Scotts Lawn Care, founded by O.M. Scott, has been an innovator in the world of lawn care since just a few years after the Civil War. The company started out selling seeds to farmers in 1868, and its history has been marked by a series of notable firsts, such as:

As the 20th century progressed, The Scotts Company acquired a variety of brands in the lawn and garden industry, including some companies that make organic gardening products. In 1995, Scotts merged with Miracle-Gro, marrying its lawn care expertise with the gardening expertise of the company known for garden fertilizer. The joint company, which is headquartered in Marysville, OH, was rebranded The Scotts Miracle-Gro Company in 2005. Forbes Magazine named the company to its list of the 100 Most Reputable Companies in 2015, the first time Scotts appeared on that list. 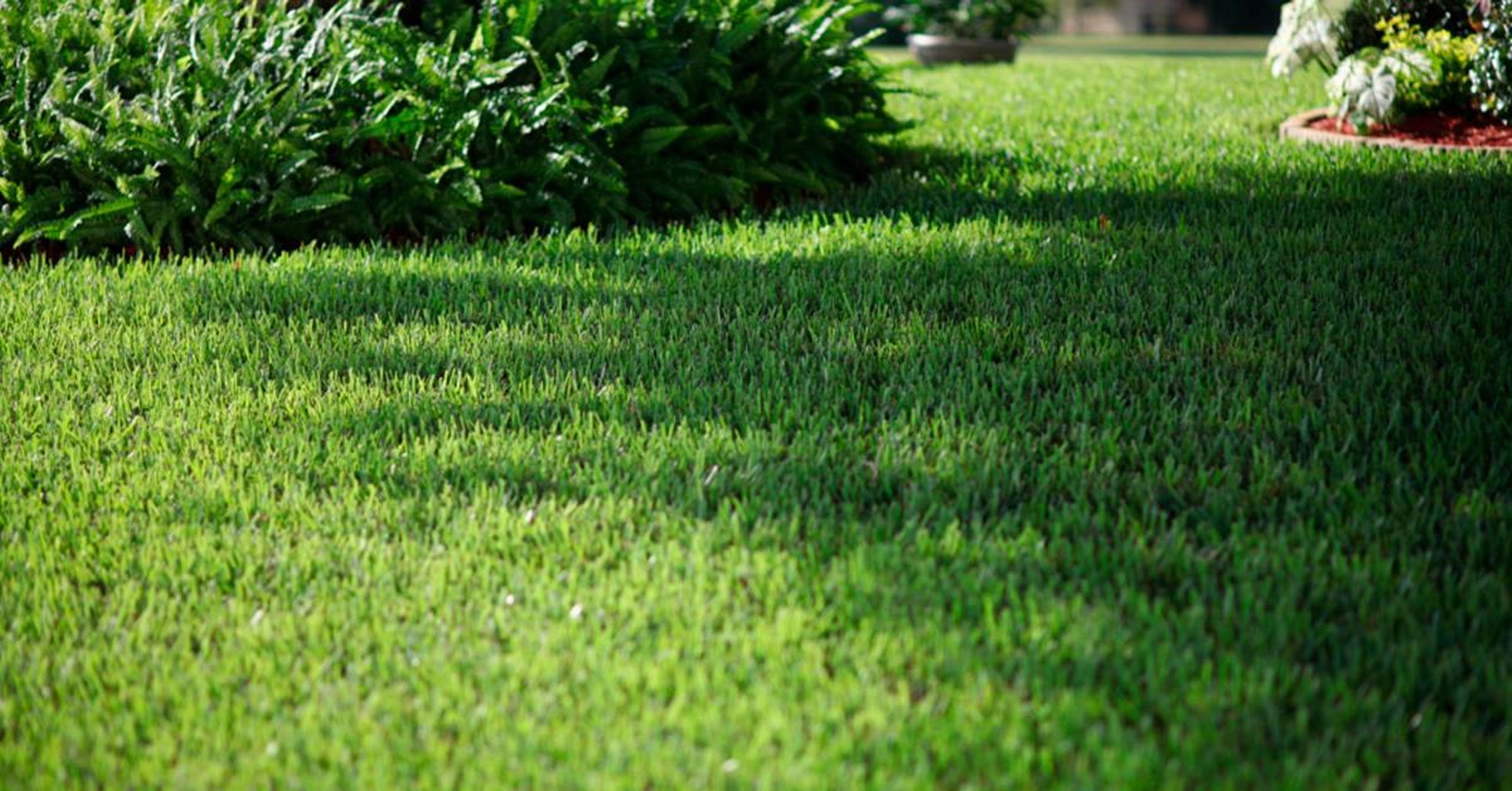 The Scotts Company entered the lawn care service business in 1998 when it acquired Emerald Green Lawn Service. Scotts LawnService continued making acquisitions in the lawn care service industry with the goal of having a substantial presence in the top 100 lawn care markets in the US. In 2002, for instance, it acquired The Lawn Company, a major lawn care provider in the Boston area. Scotts had both company-owned and franchised branches.

At one point, Scotts LawnService even considered trying to acquire TruGreen. By 2015, however, The Scotts Miracle-Gro Company had decided to concentrate on its core business sectors—seeds, fertilizers, and other lawn care and gardening products—and it spun off control of Scotts LawnService to TruGreen, cementing TruGreen’s status as the largest lawn care service provider in the US.*

The deal closed in April 2016, with Scotts maintaining a 30% ownership in the new joint venture. TruGreen phased out the Scotts LawnService name over the next year or so.

Since the turn of the last century, when Scotts had the ingenious idea of selling grass seed that wasn’t contaminated with weed seed, the company has focused on creating products that help homeowners create a lawn they can be proud of and enjoy. You’ll find Scotts products at Home Depot and other big box retailers, local garden stores, and online. 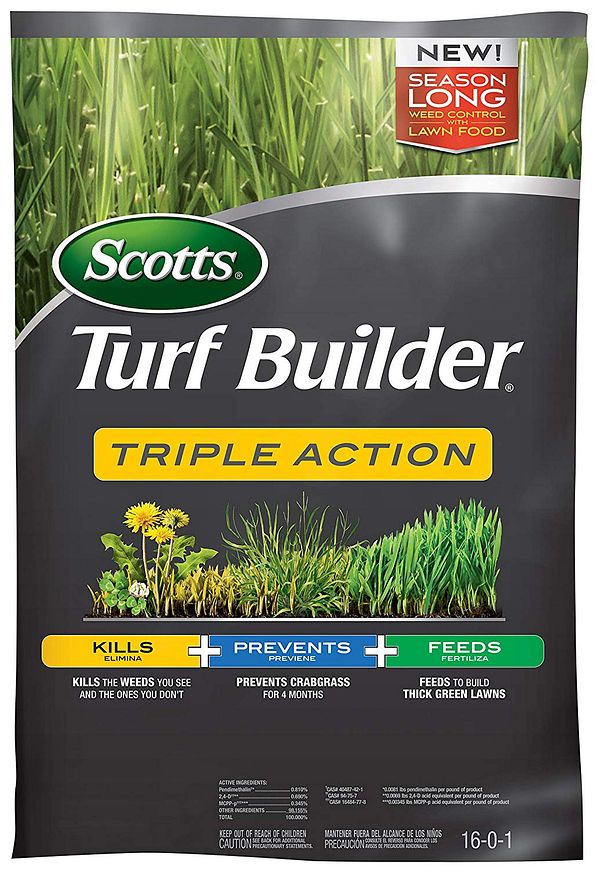 Whether you’re planting a new lawn, repairing a thin lawn, or filling in bare spots created by shade or your dog’s bathroom breaks, Scotts has a multitude of seed products designed for that need. Many of the seed mixes are designed for specific regions of the country or for situations such as lawns that experience dense shade or high traffic. 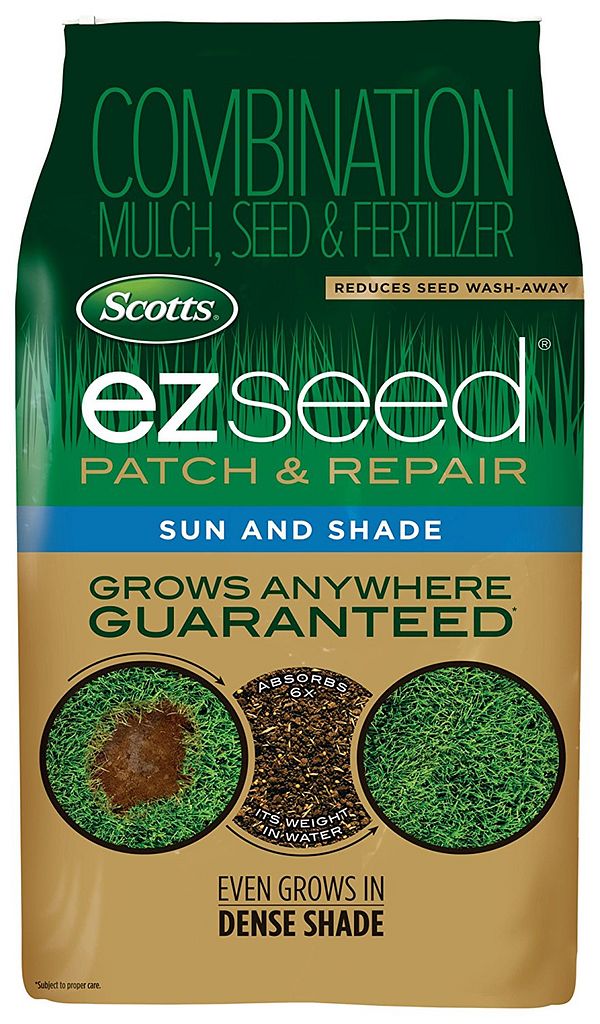 The company makes a variety of weed control and weed-and-feed products. Some target specific problems, such as crabgrass or moss, while others work on a wide variety of plants you don’t want to invade your lawn. 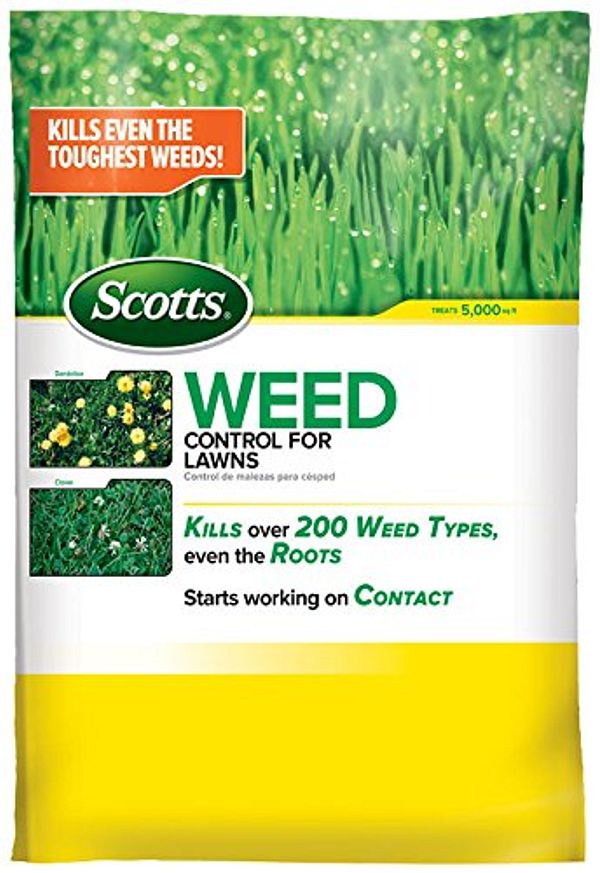 In its early days, Scotts introduced a spreader to help homeowners apply grass seed evenly, and the company still produces a variety of broadcast spreaders in handheld and push models. 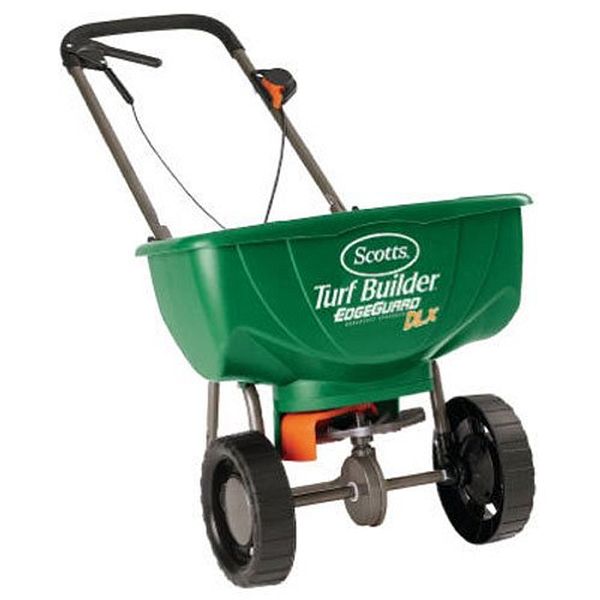 In addition to making a variety of products to help perfect your lawn, Scotts Lawn Care also has some programs and apps designed to make it easier to figure out what products to use and when to use them.

Based on your zip code, Scotts will help you decide exactly what products you should apply on your lawn, such as crabgrass preventer and fall fertilizer. With the lawn care program, the company sends you the products all at once, so you have them on hand, then reminds you when it’s time to apply each product.

The Scotts My Lawn app­

If you’d like customized suggestions to help you create a lawn maintenance plan, Scotts has an app for that. With the My Lawn app, you enter your grass type, location, lawn size, and other information, and you’ll get tips on what products to use and when to use them. Unlike the lawn care program, where the products are delivered to your door, you can modify these suggestions and choose which products to buy and apply. (The app is available at The App Store and Google Play.)

Scotts gives homeowners four products designed for their region that need to be applied in order. For Southern homeowners, for instance, the program consists of a crabgrass preventer in the spring, a weed and feed to tackle dandelions, a fertilizer with iron to promote deep green grass, and a fall lawn food to create a strong lawn the following year. 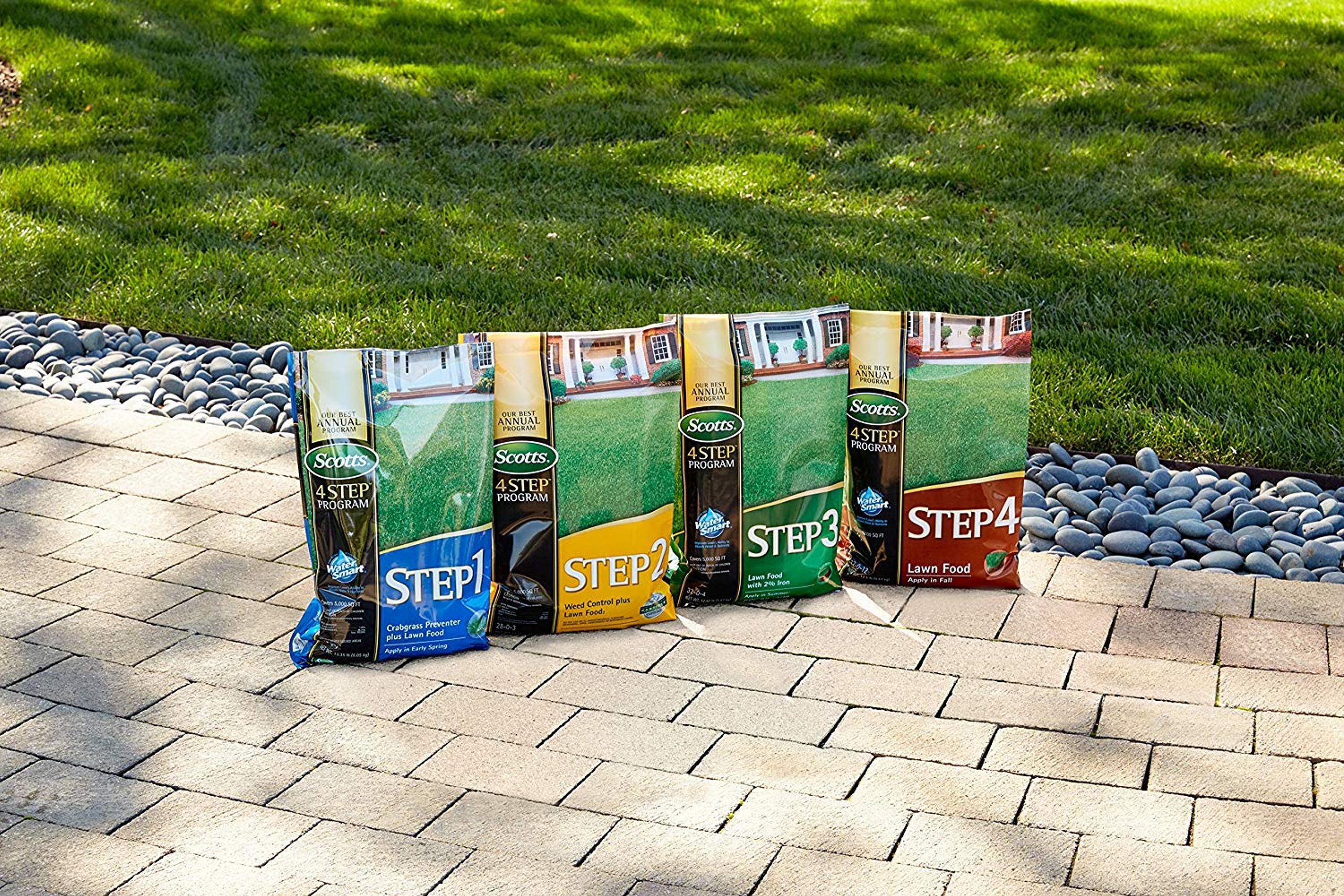 With its vast line of products and regional variations, Scotts Lawn Care seems to have a product for every need. These are some popular Scotts products that have received good reviews on Amazon.

If you have cool season grass (hint, it stays green all winter long), fall is the best time to fertilize it. WinterGuard Fall Lawn Food is designed to build strong deep roots over the winter, so your lawn enters the spring growing season healthy. The food also helps repair damage from heat and helps the lawn absorb water and nutrients. 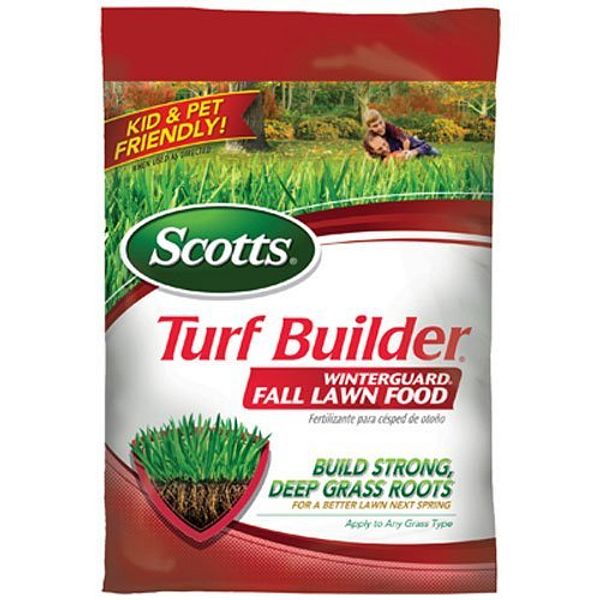 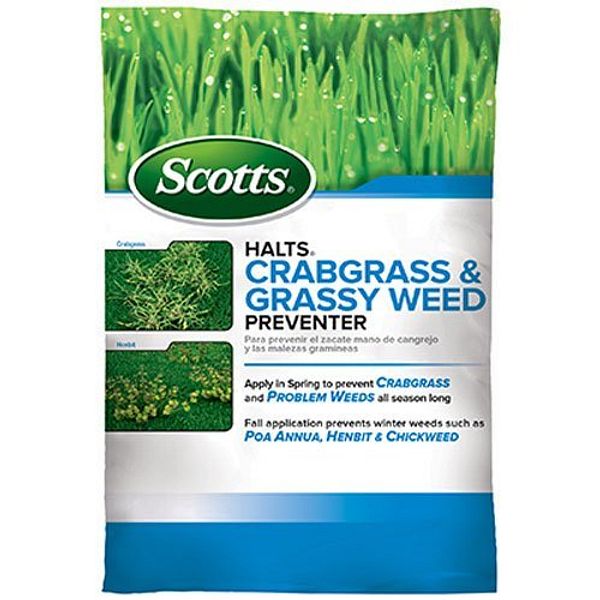 If you want nearly instant green-up on your lawn, Scotts says that Green Max Lawn Food will provide deep greening in three days, thanks to the iron supplement this fertilizer provides your grass. It can be applied at any time of year on any grass type. 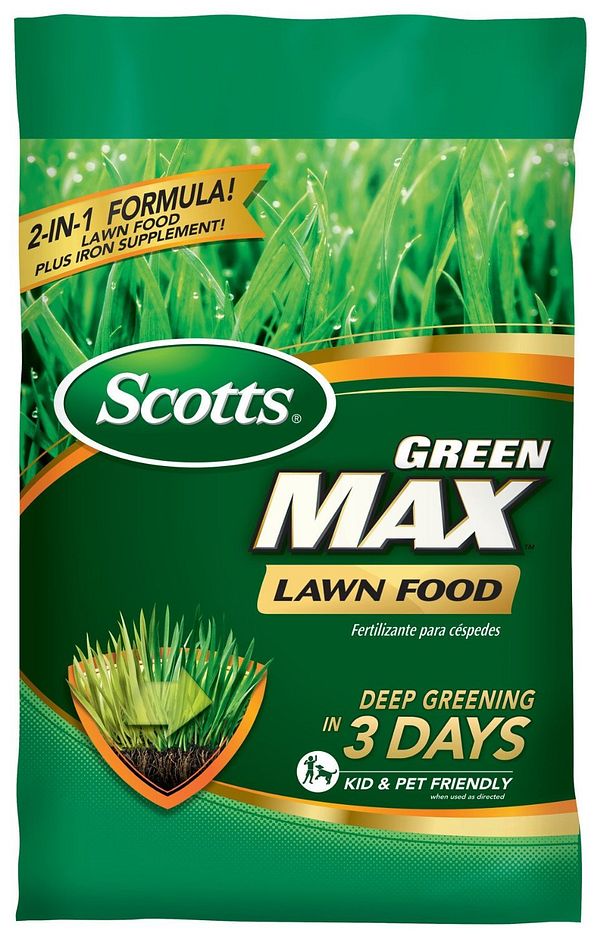 If Japanese beetles are a problem in your yard, Scotts guarantees GrubEx will kill and prevent grubs for up to four months. Apply GrubEx annually in early spring or summer to prevent the damage grubs can do to your lawn before the insects hatch. 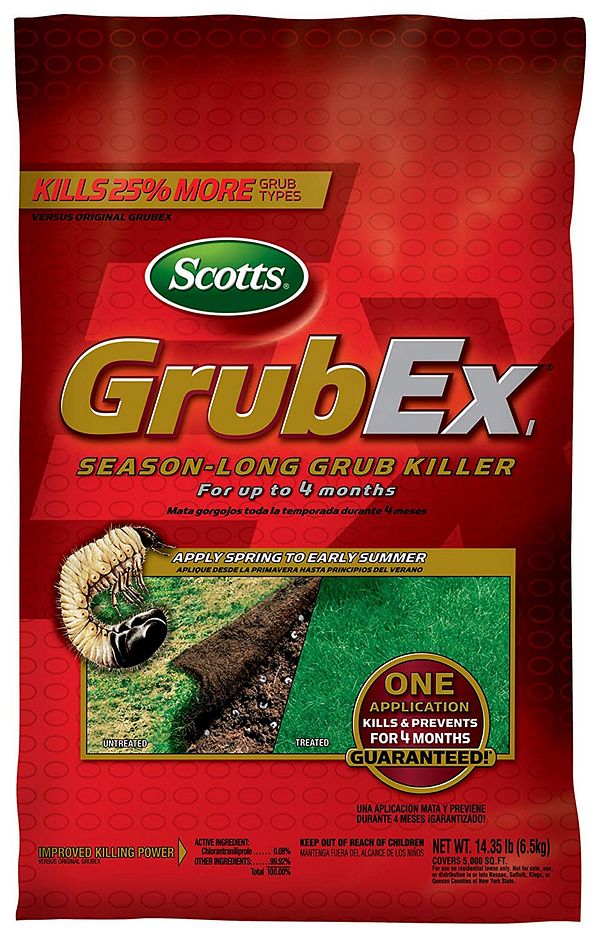 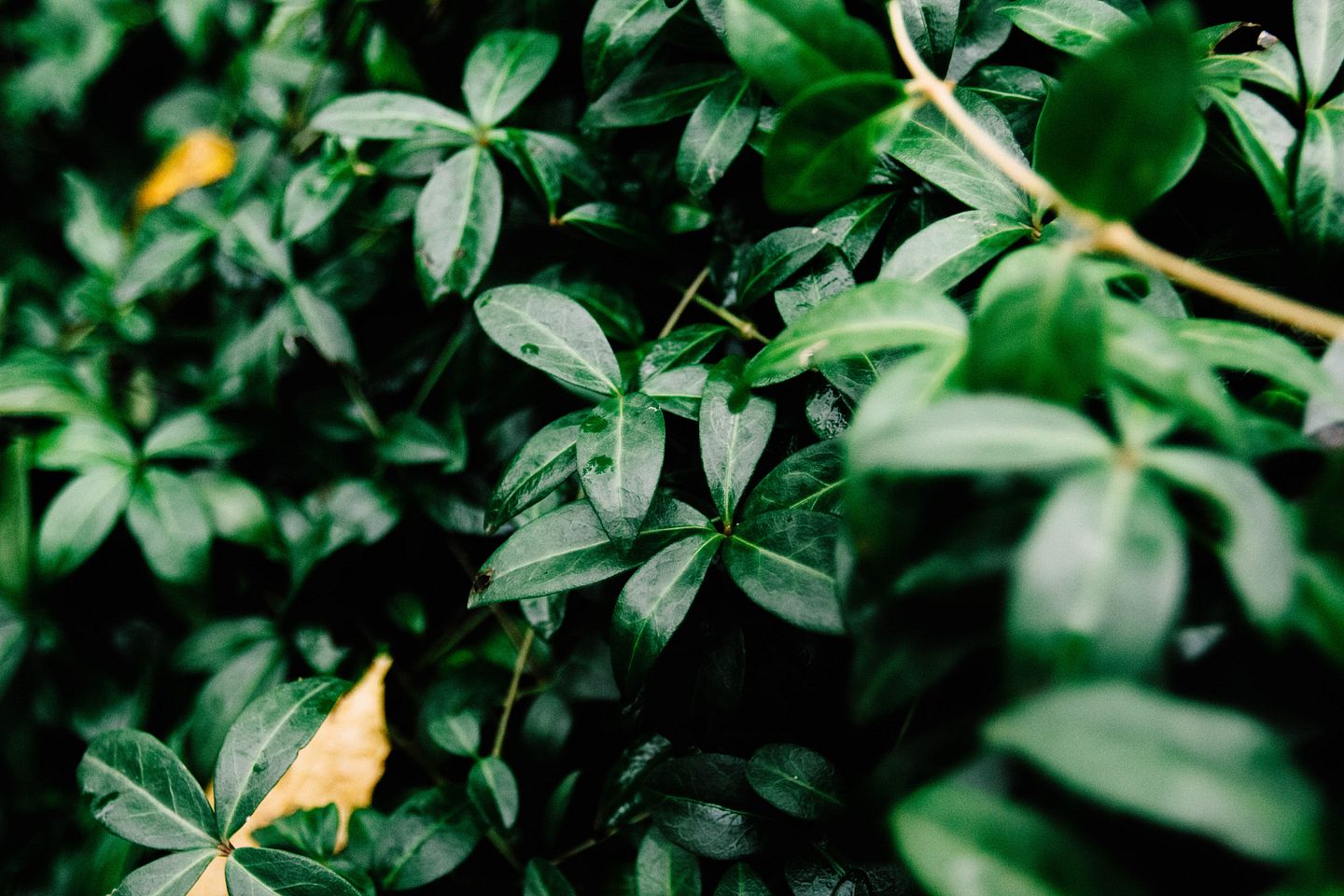 With so many lawn care products available, just deciding what to use on your lawn can be overwhelming. That’s why House Method recommends homeowners leave the fertilizing and weed control to professionals, who have the training necessary to make the right choices about what to apply and when to apply it.

If you’d rather spend your time enjoying your yard rather than maintaining it, House Method recommends TruGreen as our preferred professional lawn service. TruGreen is the largest lawn care service in North America, with more than 300 branches in the US. The company also has branches in Canada.

TruGreen’s technicians are specially trained to identify the precise services needed to make your yard the beautiful outdoor space you want. Additionally, the company guarantees that if you’re not satisfied, they will return as needed to ensure your satisfaction.◆

After an initial Healthy Lawn Analysis®✦, TruGreen will keep you up-to-date on what’s going on with your lawn, including a service summary after every visit. Your technician will also pass along suggestions and tips about how to care for your lawns in between treatments

With three levels of service for US customers, TruGreen offers homeowners plenty of options to meet their needs.

With applications tailored to your yard, TruGreen’s lawn care plans include:

TruGreen also offers pest control services to combat problems such as grubs, mosquitoes, fleas, and ticks. Contact TruGreen for a free quote on any of these services.

The TruGreen website doesn’t specify if the company uses Scotts products. It says, “The products we approve for company use contain the same ingredients found in lawn care products that tens of millions of homeowners buy annually at lawn and garden outlets. We ensure these products are applied safely according to federal, state, and local regulations. The specific products applied to your landscape are detailed on your invoice with each treatment.”

What products should you treat your lawn with in the spring?

What your lawn needs in the spring depends on several variables, including the kind of grass growing in your yard, where you live, and how well weeds are controlled. Warm-season grass, which goes dormant in winter, should be fertilized in late spring or early summer, after it’s actively growing. If weeds are likely to be a problem throughout the lawn, apply a pre-emergent herbicide in late winter or early spring, before the seeds have a chance to sprout.

How much does Scotts LawnService cost?

Scotts LawnService is no longer available. The company merged with TruGreen, which offers a free price quote through its online request form. You can also call 1-866-817-2172.

Scotts advises homeowners to read the label on the lawn care product and to keep their pets off the lawn for the amount of time listed on the package after applying the product. Usually, you want to make sure the product is dry before letting your dog into the yard.

Use reasonable caution when using products that contain herbicides or pesticides. The company says that you can let your dog into the yard as soon as you apply Scotts Turf Builder Lawn Food provided you didn’t water the grass immediately after the application. If you watered the grass, allow it to dry before letting animals enter the yard so that your pet does track the particles back into your home. The manufacturer also makes Scotts Natural Lawn Food that it advertises “can be used around kids and pets.” 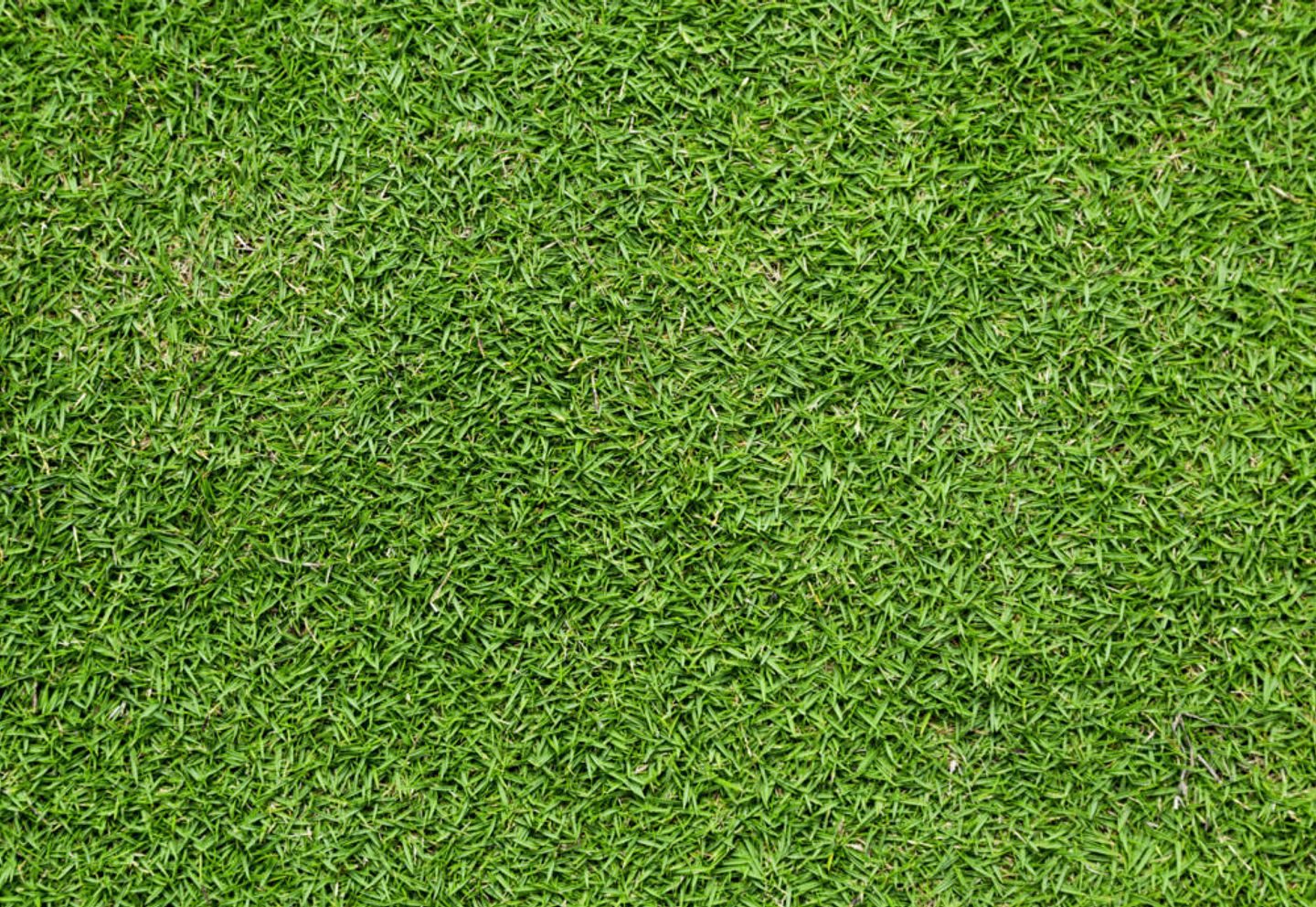 from our top-rated provider, TruGreen. 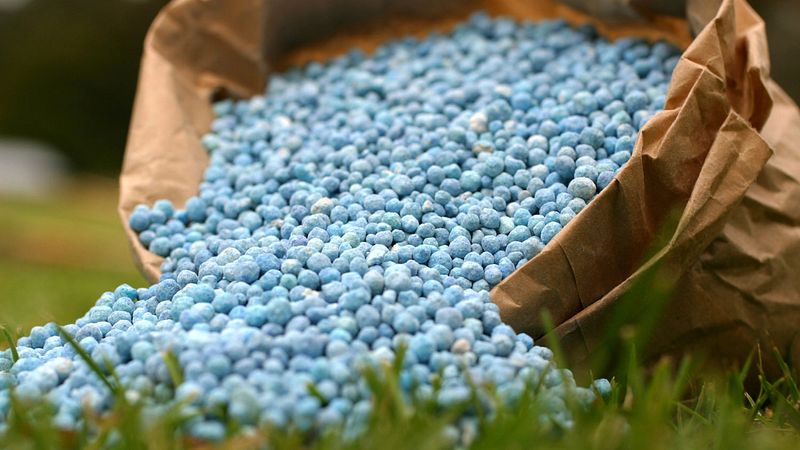 Our guide to lawn fertilizer explains how to choose the right fertilizer for your lawn, read the label, and safely apply the fertilizer to your lawn. 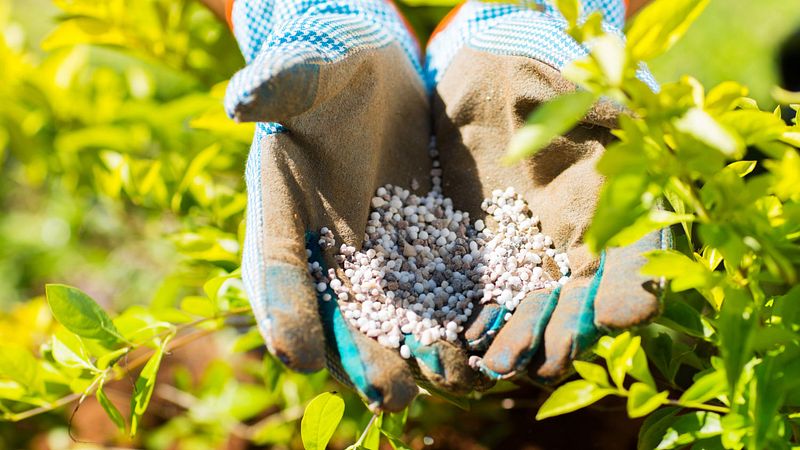 3 Reasons to Limit Your Use of Weed and Feed

We’ve done the research on weed and feed, so you can learn why it might not be the best option. We’ve also got tips on how to use it on your lawn if you think it’s right for you. 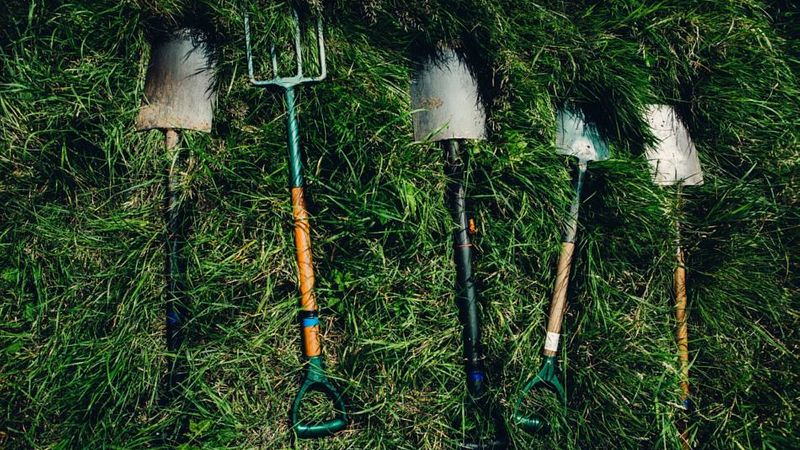 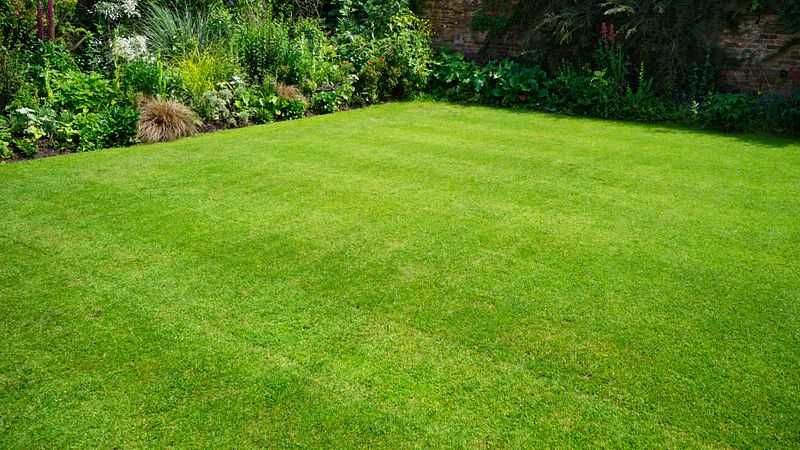 The Best Lawn Fertilizer? It Depends on Your Lawn

Finding the best lawn fertilizer will help you maintain lush green grass that’s an inviting backdrop to any activity. 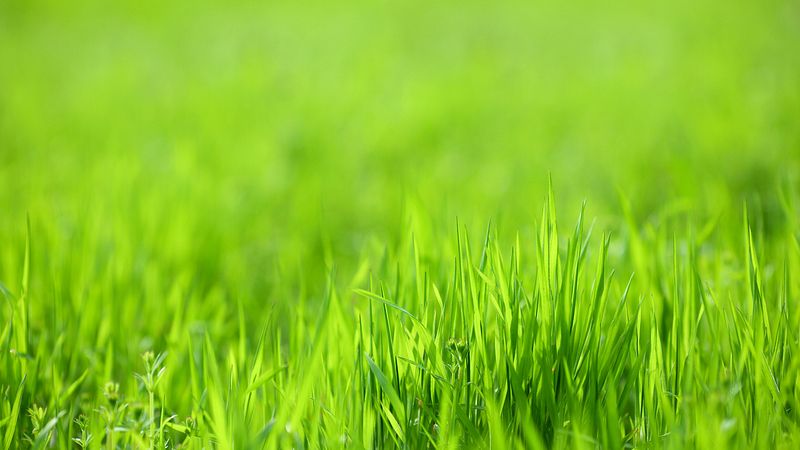 Hydroseeding: Spray on Grass Seed for Your Lawn 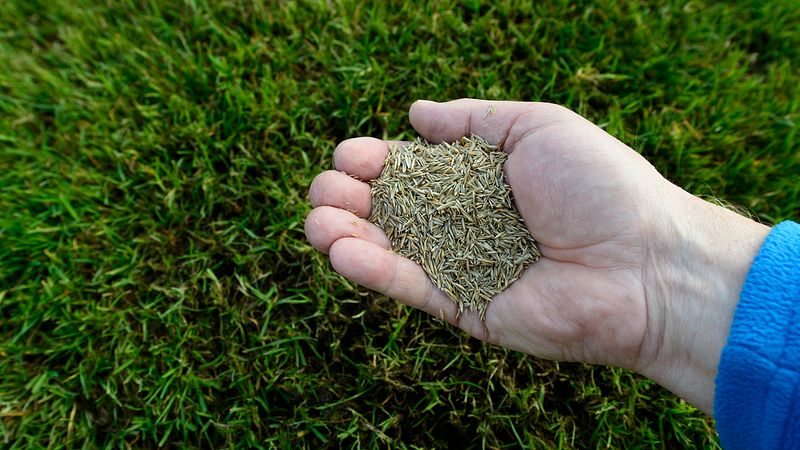 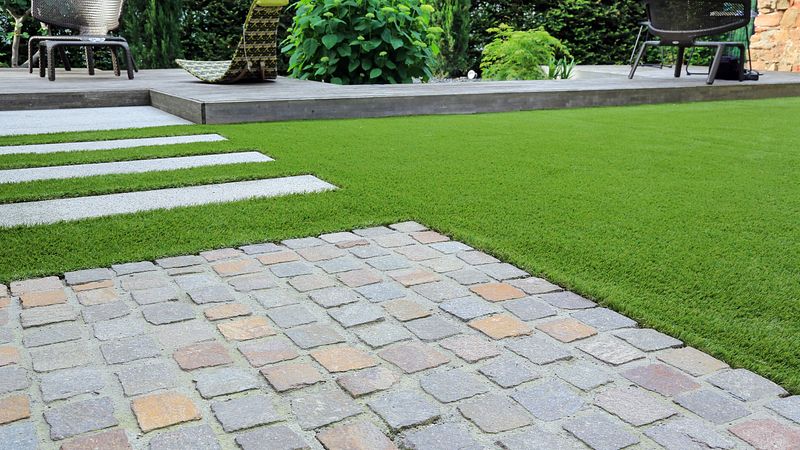 We’ve looked at TruGreen reviews to provide you a sense of what lawn care services the company offers and how customers like the service they receive. 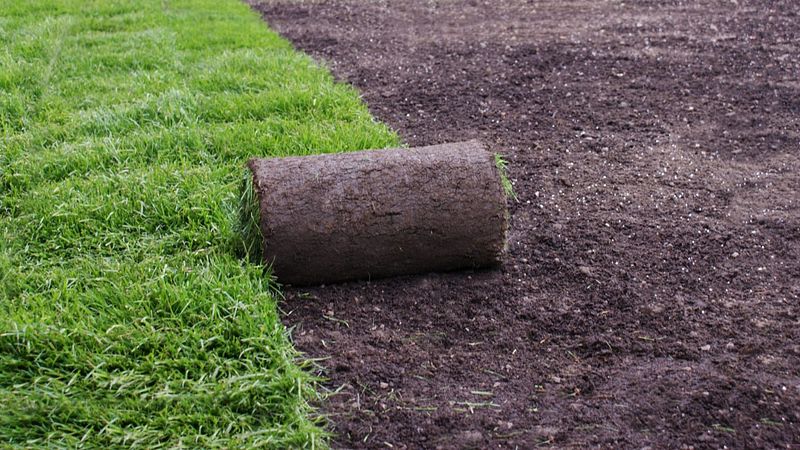 Sod Installation: How to Find Sod Near Me and Grow Grass

Our guide to finding sod near you will help you determine if sod is the right choice for your lawn.

from our top-recommended provider, TruGreen