How to Make Perfect Hummingbird Food 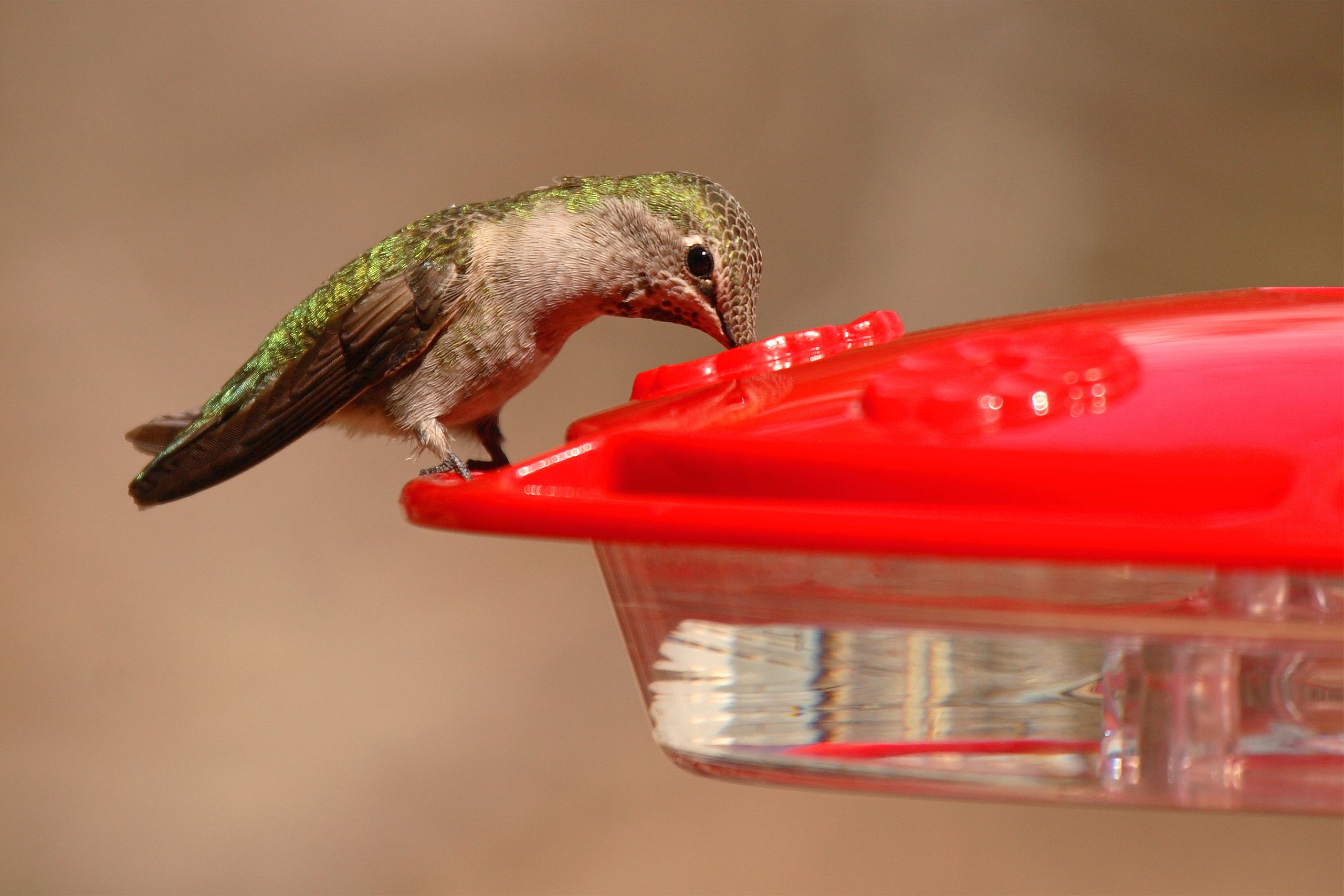 You can find hummingbirds in the western hemisphere from south Alaska to south Chile—and likely in your backyard, given the right habitat and conditions. You can boost your chances of watching these high-energy birds by providing an attractive environment.

The hummingbird diet consists largely of energy-rich sugars from sources like tree sap, pollen, insects, nectar, and juice from overripe fruits. You can attract hummers to your yard or patio by providing a sugar water solution in a brightly colored feeder.

Don’t add red coloring to hummingbird food, as edible dyes can be harmful to hummers. These birds are attracted to the color red, but this can be satisfied by choosing a red feeder. 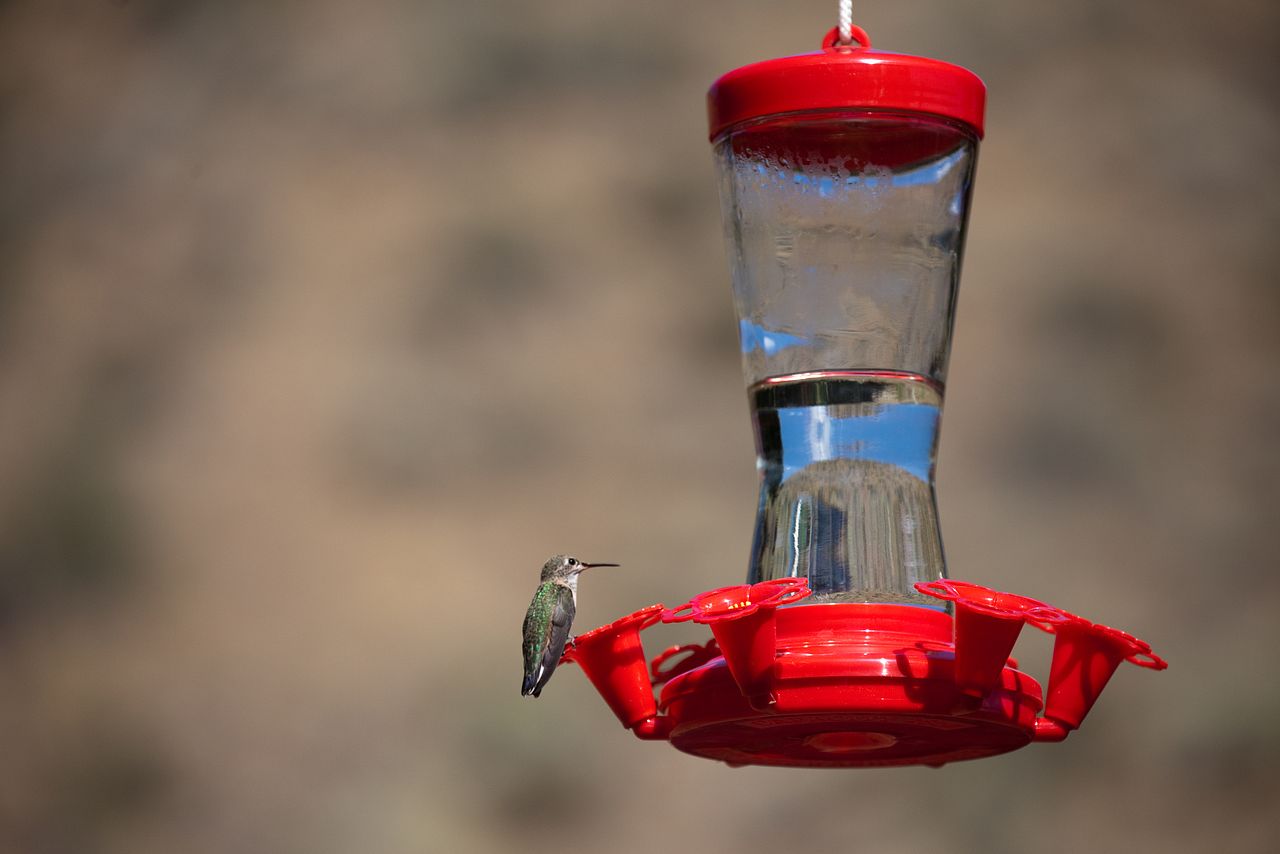 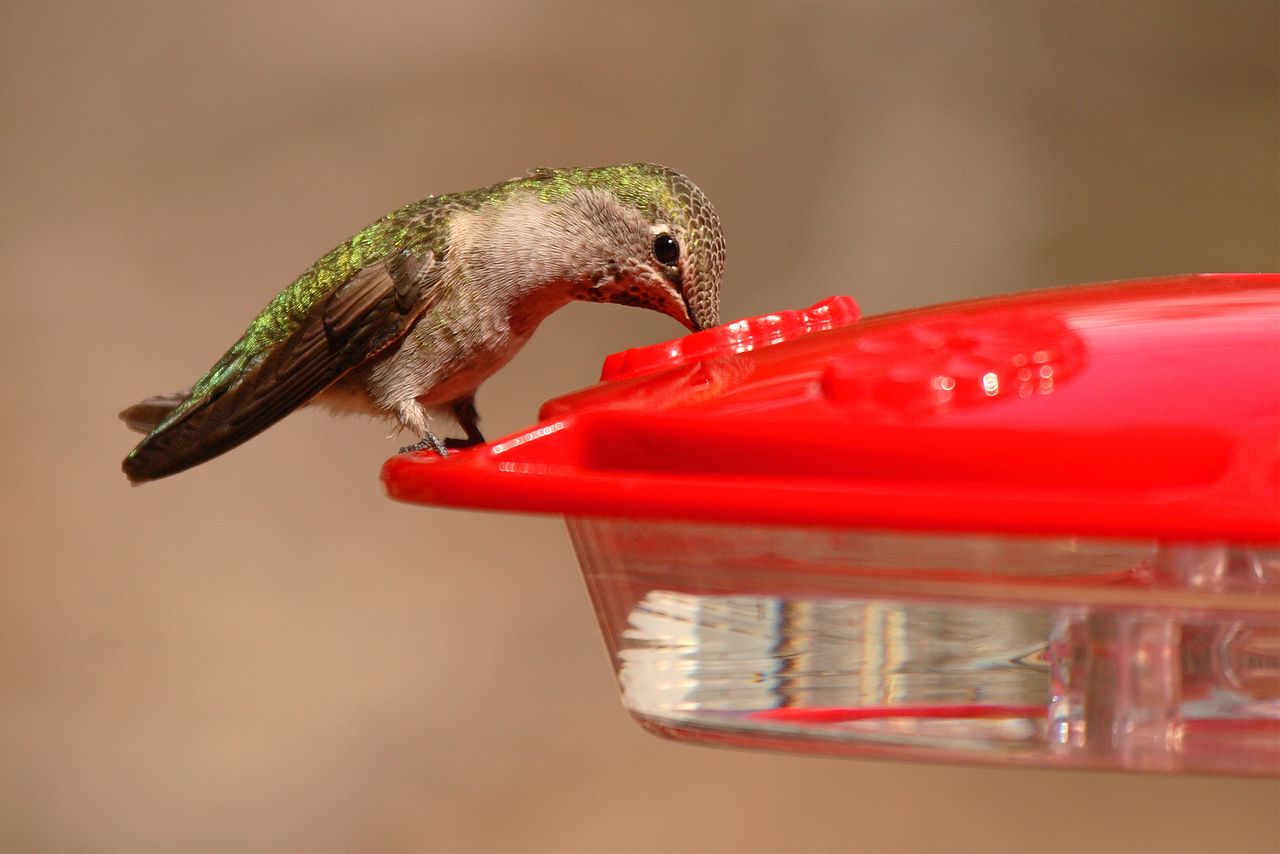 How to choose a hummingbird feeder

Feeders come in two basic styles, and both work for hummers, so the choice is up to you. You’ll attract more hummingbirds if you choose a red feeder, but avoid yellow decorations or embellishments, which can attract bees and wasps.

A nectar reservoir sits atop a base with one or more feeding stations.

Easier to fill and clean than the inverted-bottle type, this type feeder consists of a shallow basin covered with a lid. 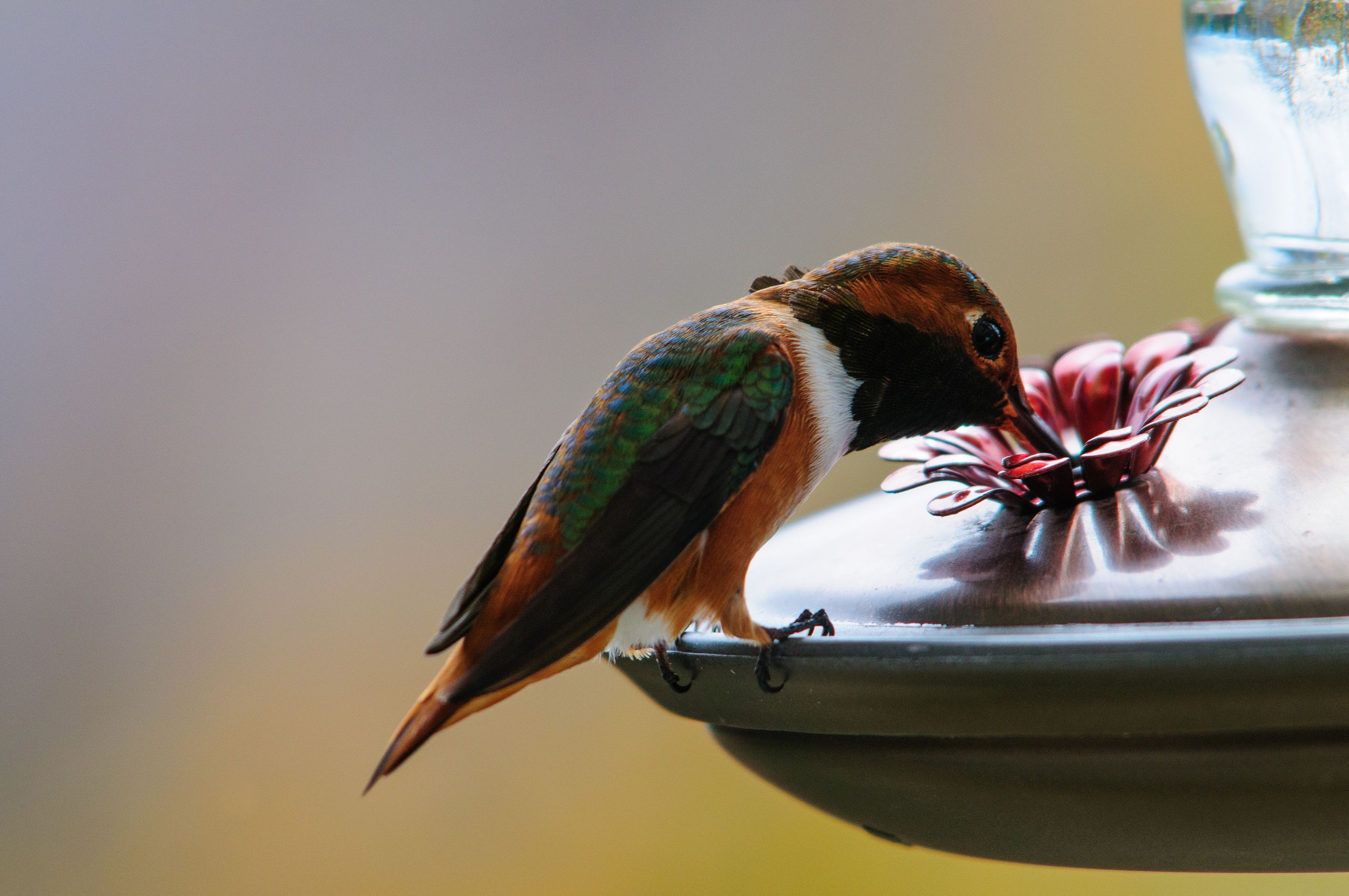 In order to keep your feeder attractive to your hummers, clean and refill the feeder with fresh hummingbird food as least once a week. Cloudy nectar means spoiled nectar, so discard the nectar and clean the feeder weekly. 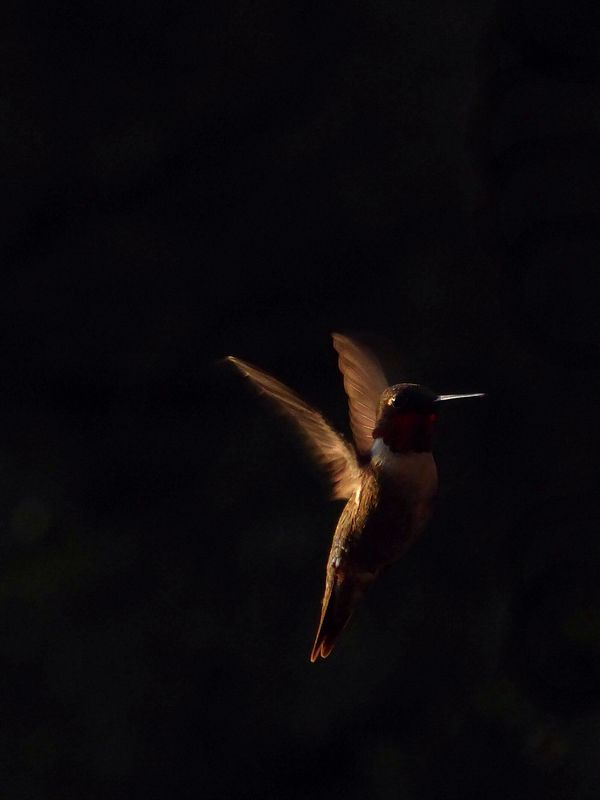 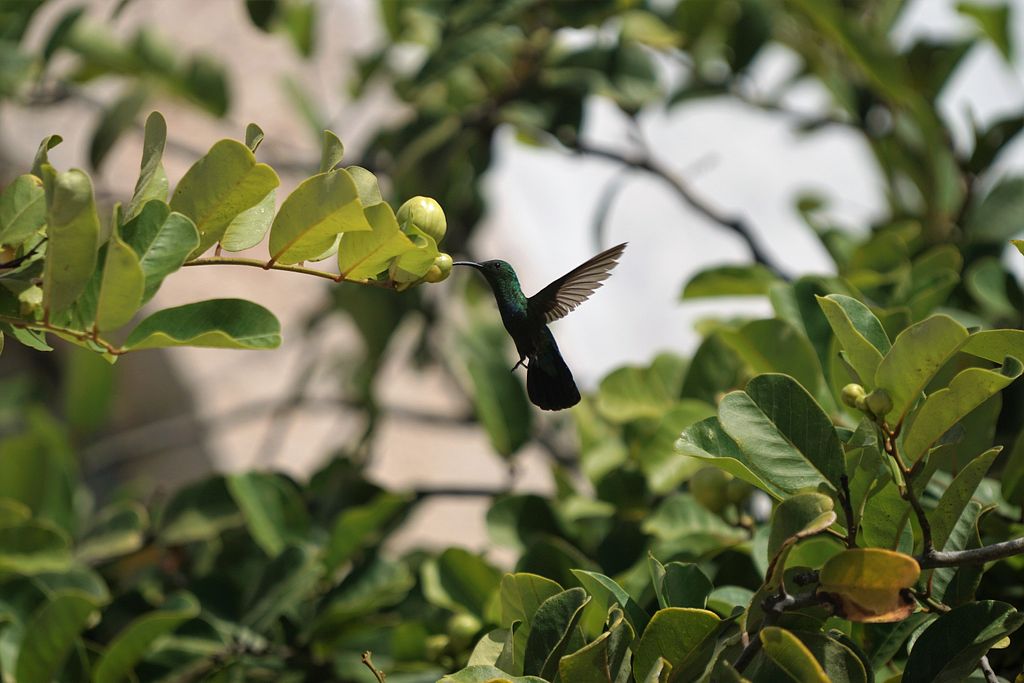 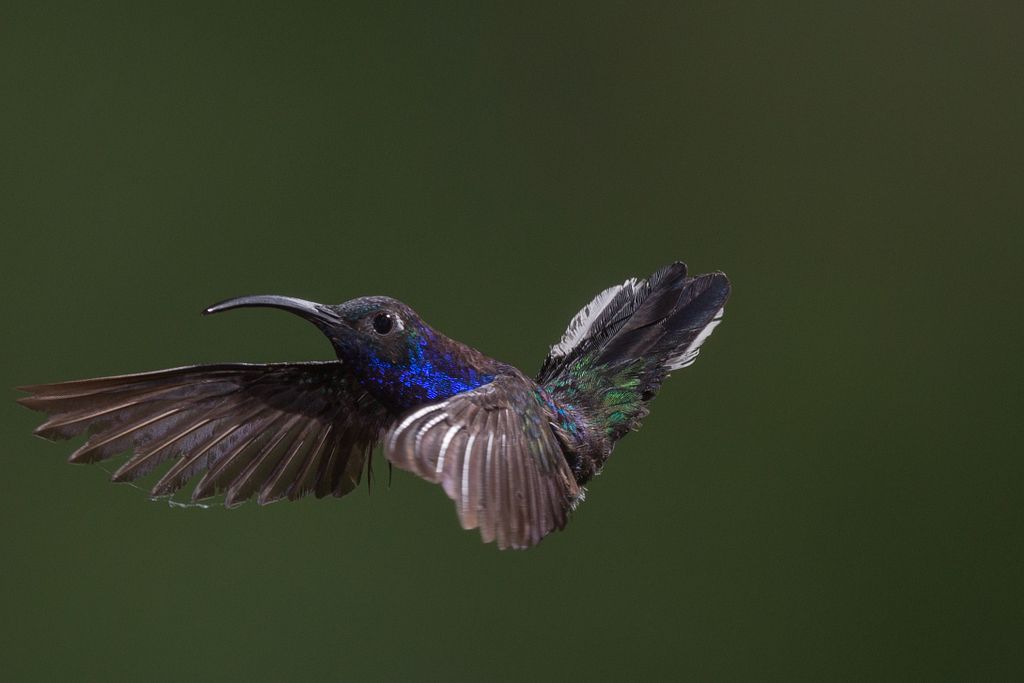 If you live in the Western Hemisphere between southeastern Alaska and Chile, you’ve probably caught glimpses of hummingbirds flitting around your garden, furtively dipping their long beaks into your columbines, impatiens, and petunias. Some regions of the United States are lucky enough to have hummingbirds in residence year round while other regions serve as fueling stations on hummingbird migration routes.

To see when you can expect hummingbirds in your region, consult the guide to hummingbird seasons by region of the United States and a hummingbird migration table. Hang your feeders about two weeks ahead of schedule to welcome the early birds.

Ruby-throated hummingbirds spend the winter in Mexico and arrive in southern states in early March and northeastern states by late April and early May.

The southern coast of Florida is home to several species of hummingbirds year round. Even in coastal regions of Texas and Louisiana, hummingbirds will appear as early as late winter and early spring.

A variety of hummingbirds begin to arrive near the Mexican border from the south in early March, working their way north to the northern Rockies by mid-May.

From the southwestern states as far north as British Columbia, hummingbirds will visit your backyard feeders all year long.