How to Plant and Care for Dianthus 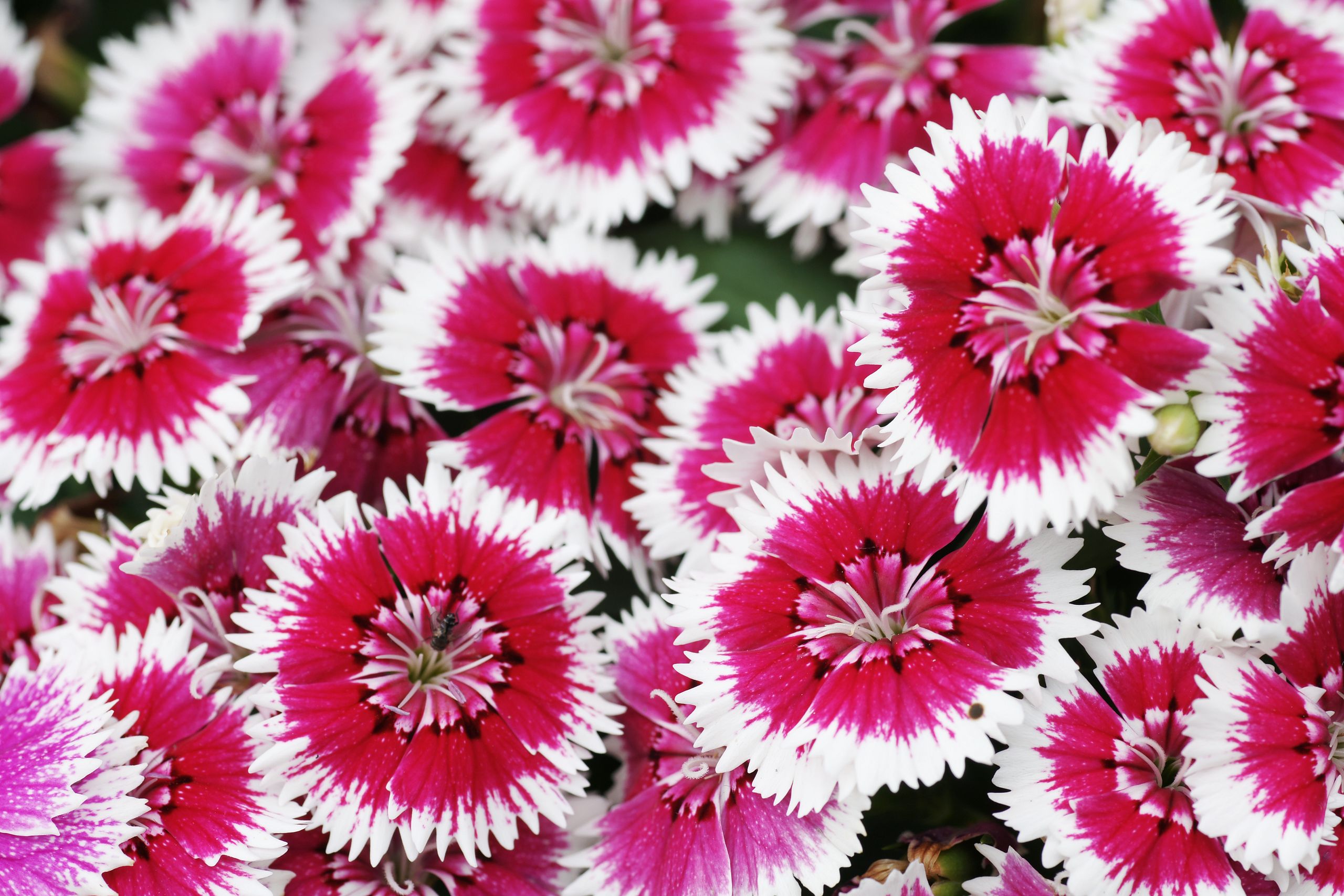 Dianthus flowers are beautiful and popular perennial blooms often referred to as pinks, carnations, or Sweet Williams. The name pink makes sense given that nearly all dianthus varieties are some shade of pink or red, whether light, dark, or somewhere in between. Dianthus plants are native to Asia and Europe, but are grown in gardens throughout the world.

These colorful plants bloom in the spring and throughout the summer. They’re often used as ground cover, but are also grown in gardens or planters mixed with other flower varieties, such as columbine, geranium, and artemisia. Available in more than 300 varieties and plenty of vibrant colors, dianthus flowers are known to attract butterflies, hummingbirds, and bees.

Dianthus flowers are diverse, though some similarities extend across all varieties. Each dianthus flower has five petals and is radially symmetric, and you’ll often notice that the flowers are clustered in groups of three to five. Some varieties have tiny, delicate flowers, whereas others—like carnations, for example—have far larger blooms. 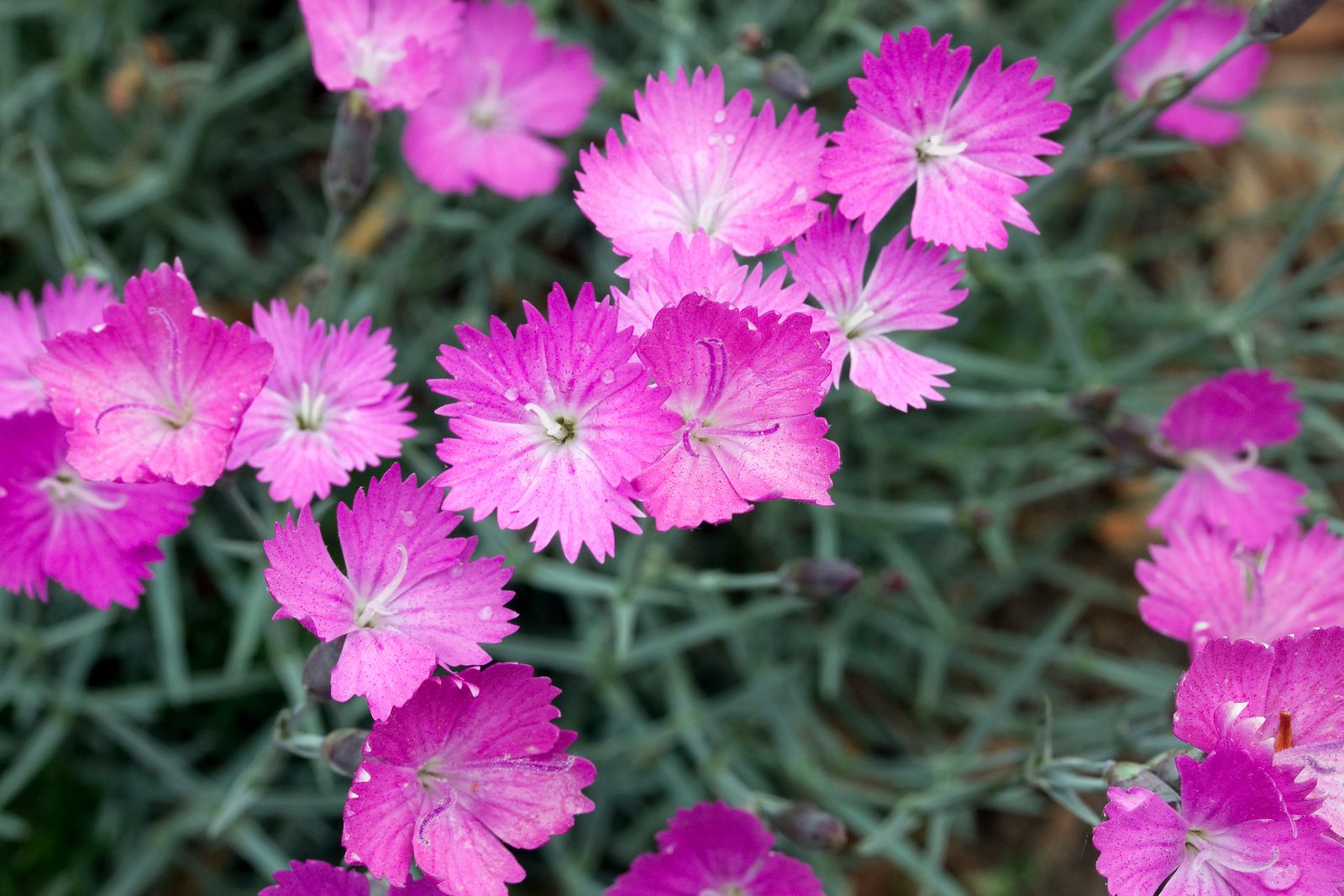 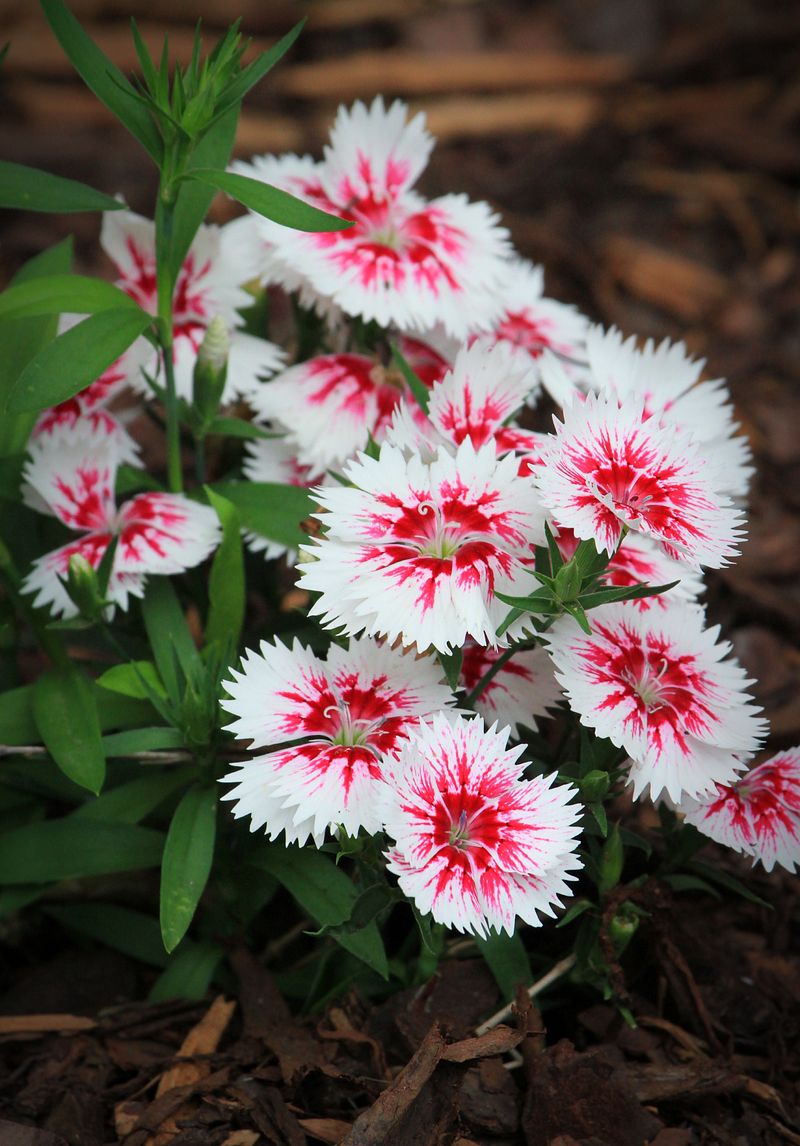 A few favorite varieties of dianthus

When planting dianthus, there are hundreds of varieties to choose from. Here are a few you might like. 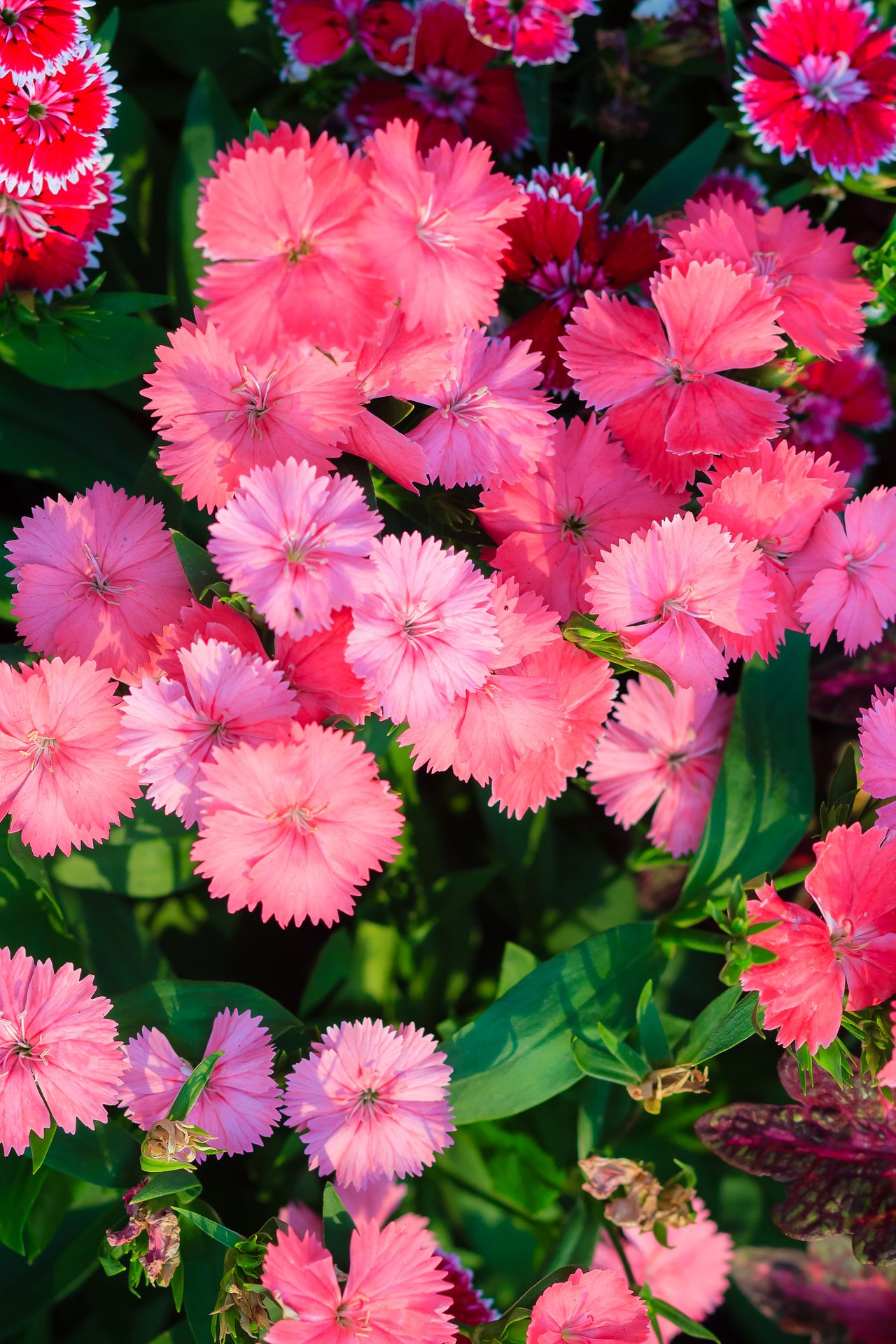 Dianthus flowers should be planted in the fall before the first frost, or after the last frost in the spring. They grow fairly easily, but you want to be sure to plant these flowers in nutrient-rich soil that drains well, has neutral to alkaline pH (below 7), and gets a ton of sunlight. And by “a ton of sunlight,” we suggest five hours or more each day. Dianthus plants usually don’t thrive when grown in shady areas.

Before planting, you’ll want to aerate the soil with a rake, and when it comes time to get the dianthus in the ground you’ll want to leave about 6–12 inches between each plant or seed so they have room to grow.

As a low-maintenance flower, dianthus care is fairly simple. Here’s a bit of of advice for keeping your plants happy and healthy.

People typically don’t experience too many pest problems when caring for dianthus, but greenflies and snails are both known to snack on dianthus leaves. Many people use traps or bait to deal with snails, and organic insecticide can be used for greenflies. 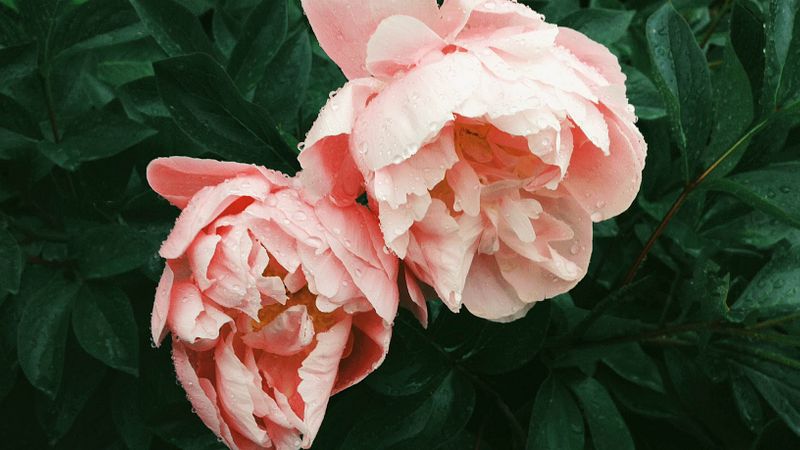 How to Plant and Care for Roses

Gone are the days of high maintenance rose bushes. Even beginner gardeners can add the beauty and elegance of roses to their gardens with the proper watering, fertilization, and pruning. 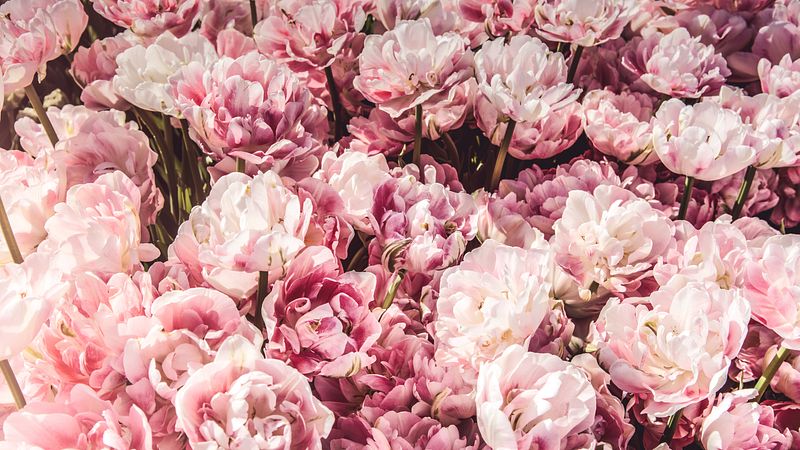 Everything You Need to Know About Planting & Growing Peonies

Peonies make fabulous additions to gardens and hedges for their extravagant, fragrant blooms and their lush, glossy, green foliage. Learn how to plant and maintain peonies in your garden. 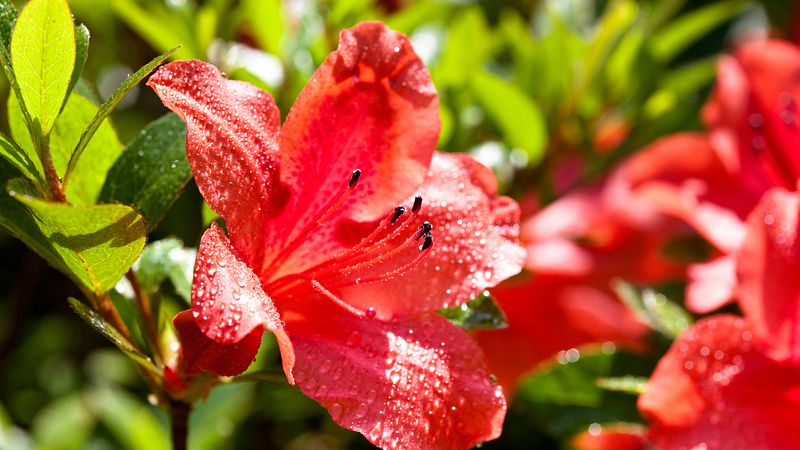 How to Grow Azaleas

The profusion of beautiful azalea blooms makes them the royalty of the garden, and growing azaleas is easy and highly rewarding. Here's how to grow azaleas and care for them in your garden.