Chip and Joanna Gaines: Behind the Design
(That Made Them Famous) 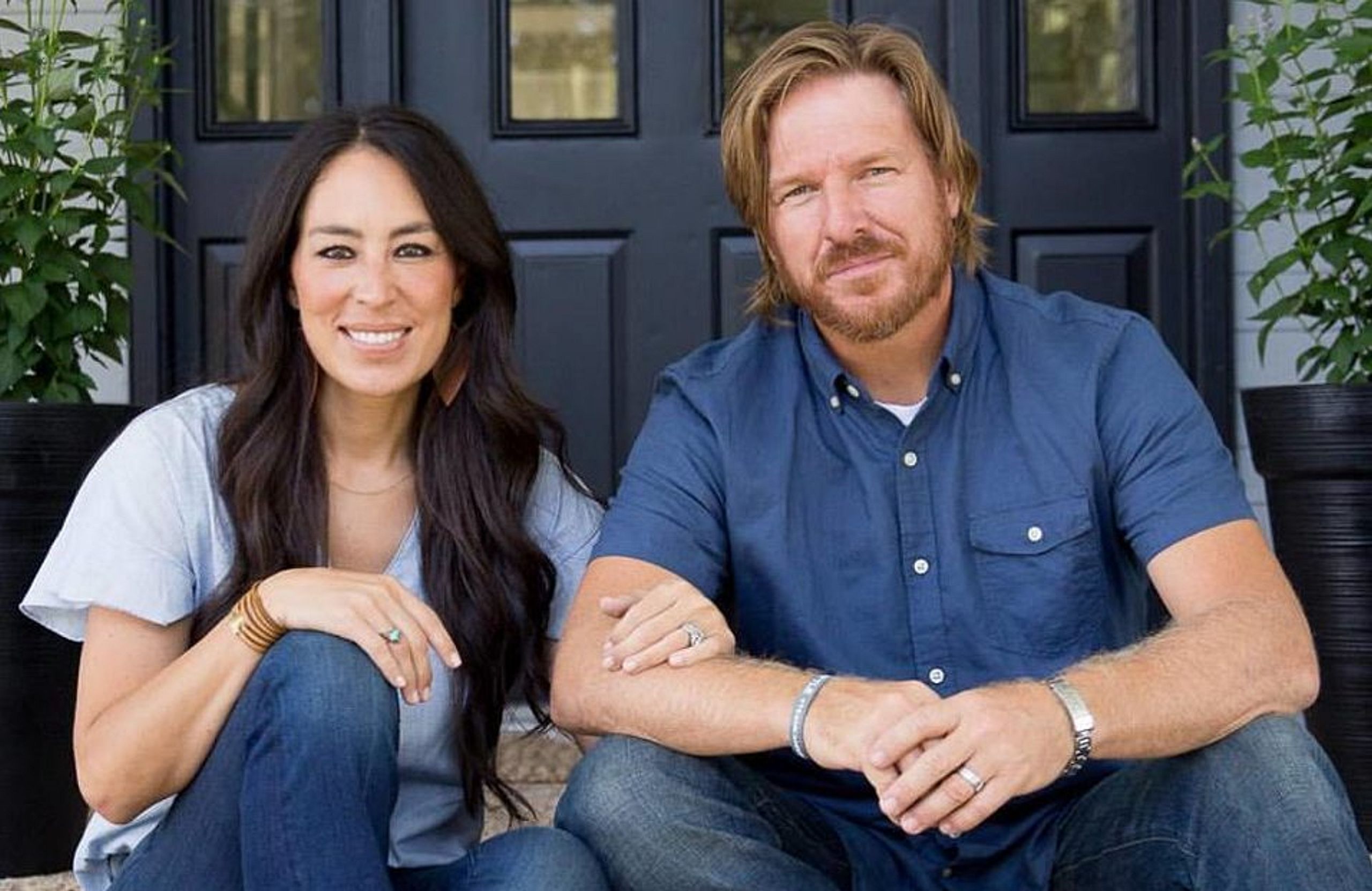 Chip and Joanna Gaines are returning to TV after the conclusion of their top-rated show Fixer Upper to give viewers a new weekly fix. Fixer Upper: Behind the Design is slated to premiere on HGTV on Tuesday, April 10, at 8 pm ET/PT.  Viewers can expect 15 half-hour episodes for the first season. The Gaines’ first show, Fixer Upper, officially wraps new broadcast in March.

On the end of Fixer Upper

The announcement of Chip and Joanna’s new show comes just a few months after Joanna told People that they were ending Fixer Upper, because “We really want to focus on this break and take a step back to let this all soak in.”

In Capital Gaines, Chip Gaines’ autobiography released in October 2017, Chip writes about the decision to call it quits on Fixer Upper: “something shifted within me. Suddenly filming the TV show looked like ‘the job’ that had seduced me into giving it my precious time that I had always promised would be reserved for my true loves, my family and my business. How had this side gig found its way to competing with the very things that mean more to me than anything else in the world?”

Chip and Joanna announced on Instagram in January that they are expecting her fifth child, due in summer 2018.

Fixer Upper: Behind the Design

Behind the Design will take viewers behind the scenes on the Gaines’ famous home renovations. See Joanna consult with homeowners and get a closer look at her design process, but don’t expect to see as much of Chip. He’ll be making only minor appearances while Joanna will center the show.

Chip and Joanna Gaines’s Fixer Upper was one of the most-watched cable shows of 2017, second only to The Walking Dead. Considering theirs was one of the most popular TV series of the year, it’s worth taking a close look at their designs. We analyzed the designs of 10 shows across HGTV and DIY Network to reveal the top styles, most-used colors, and must-have furniture accents and see how Chip and Joanna’s compare to the rest. 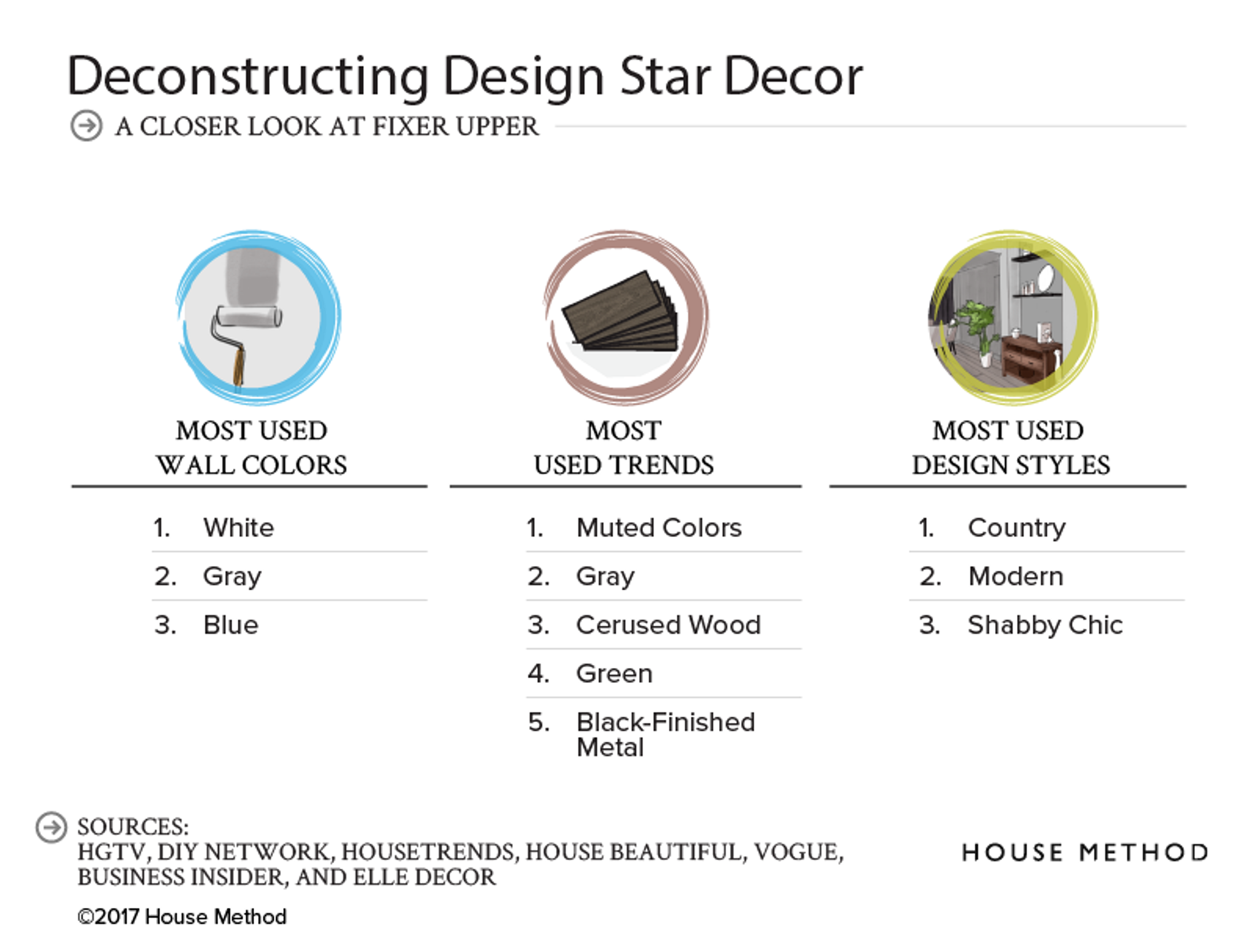 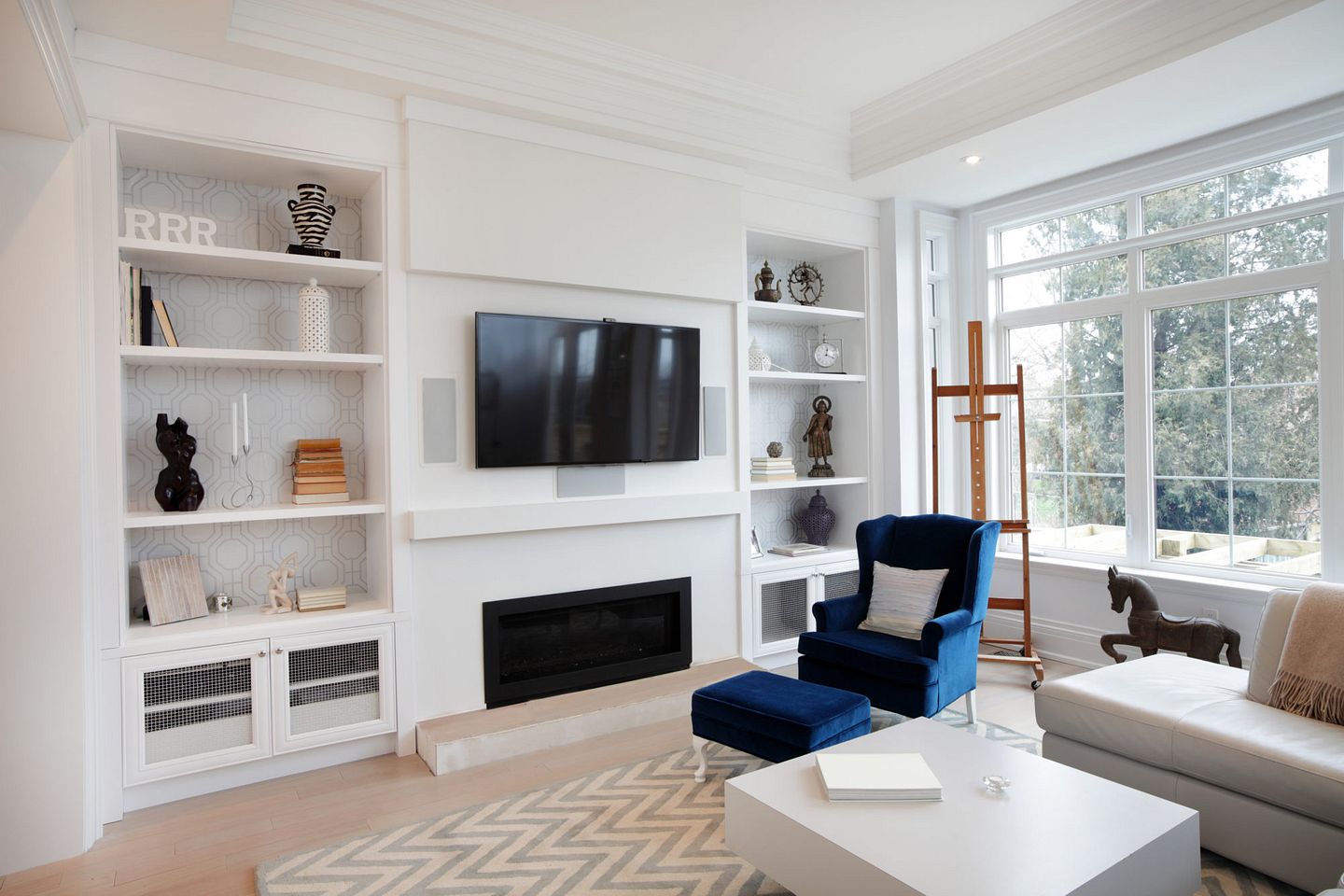 When compared to the larger sample set of popular design shows across HGTV and DIY Network, the Fixer Upper aesthetic hits the trend nail right on the head, regularly using muted colors, cerused wood, black-finished metals, and green tones. Perhaps worth noting is the question of whether the Gaines’ designs reflect design TV trends, or have they been driving them?

Our study found that country and shabby chic looks rank in popularity with no shows other than Fixer Upper, but since 2013—when Fixer Upper aired for the first time—there has been an increase in the use of the country aesthetic across design TV series despite the fact that Fixer Upper is one of the only shows using this style as a trademark. 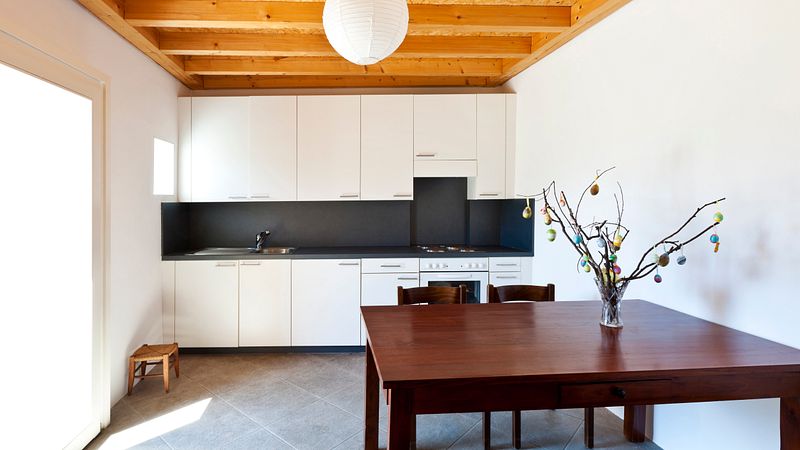 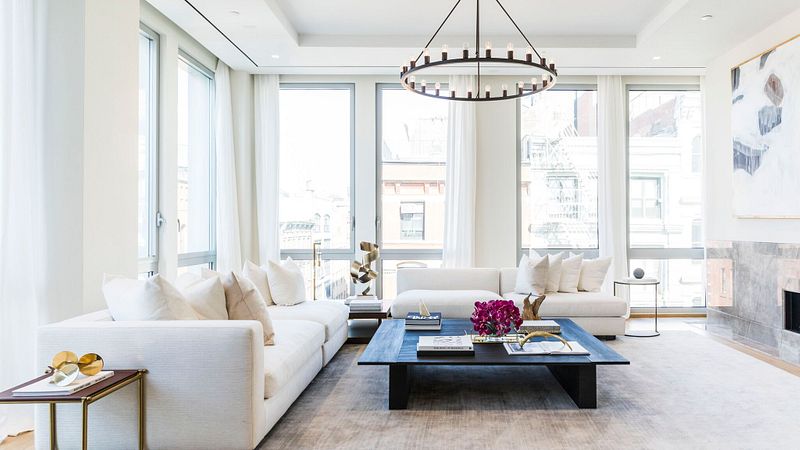 See a $14.8 million penthouse atop 52 Wooster Street. This home is perfectly styled in bright contemporary pieces, infused with mid-century influence, and decked with luxurious marble accents. Get a glimpse of this spectacular home and its sweeping lower Manhattan views. 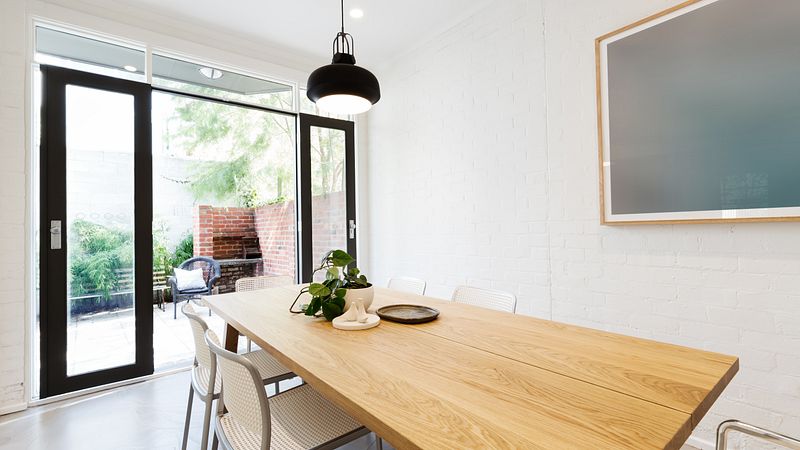