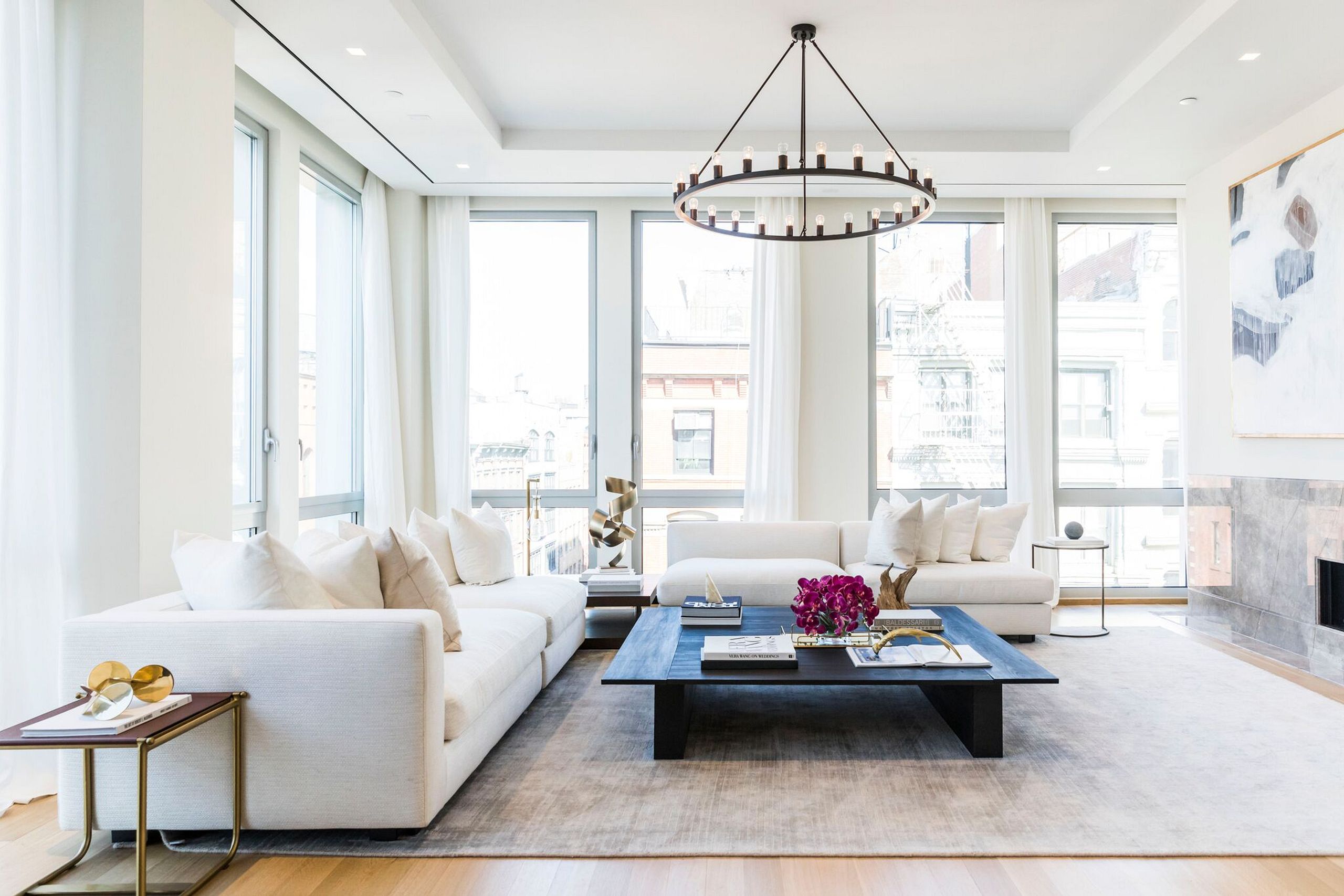 Nostalgia and luxury are the yin and yang of 52 Wooster Street in the heart of SoHo. At the top of the building is an escape from the city’s growing affinity for minimalism, but still a modern outpost for New Yorkers looking to escape the grit of the city. The 34 windows of a $14.8 million penthouse submerge you into a panoramic experience of Lower Manhattan’s Cast Iron District. It’s the ultimate treat for a history buff who likes to live in style: the street is named for American Revolutionary War General David Wooster, but Acne Studios and Moschino are just a stone’s throw.

Don’t let the neighborhood’s visual homage to the Industrial Revolution fool you. Far from blue collar, the current inhabitants of SoHo can afford a hefty sticker price, with $1.9 million being the median sales price for real estate, according to Trulia. Replacing the artists of the late ’60s and early ’70s that gave recognition to SoHo’s name are Hollywood transplants. Wooster Street has had its share of stardom: Whoopi Goldberg owned a loft in number 101, and just recently Justin Timberlake was spotted on the block, pizzas in tow.

The penthouse in building 52, which is currently listed by Corcoran Group, has the features to match the glitzy reputation of its street: the duplex covers 4,270 square feet, 1,368 of which are three private outdoor terraces. 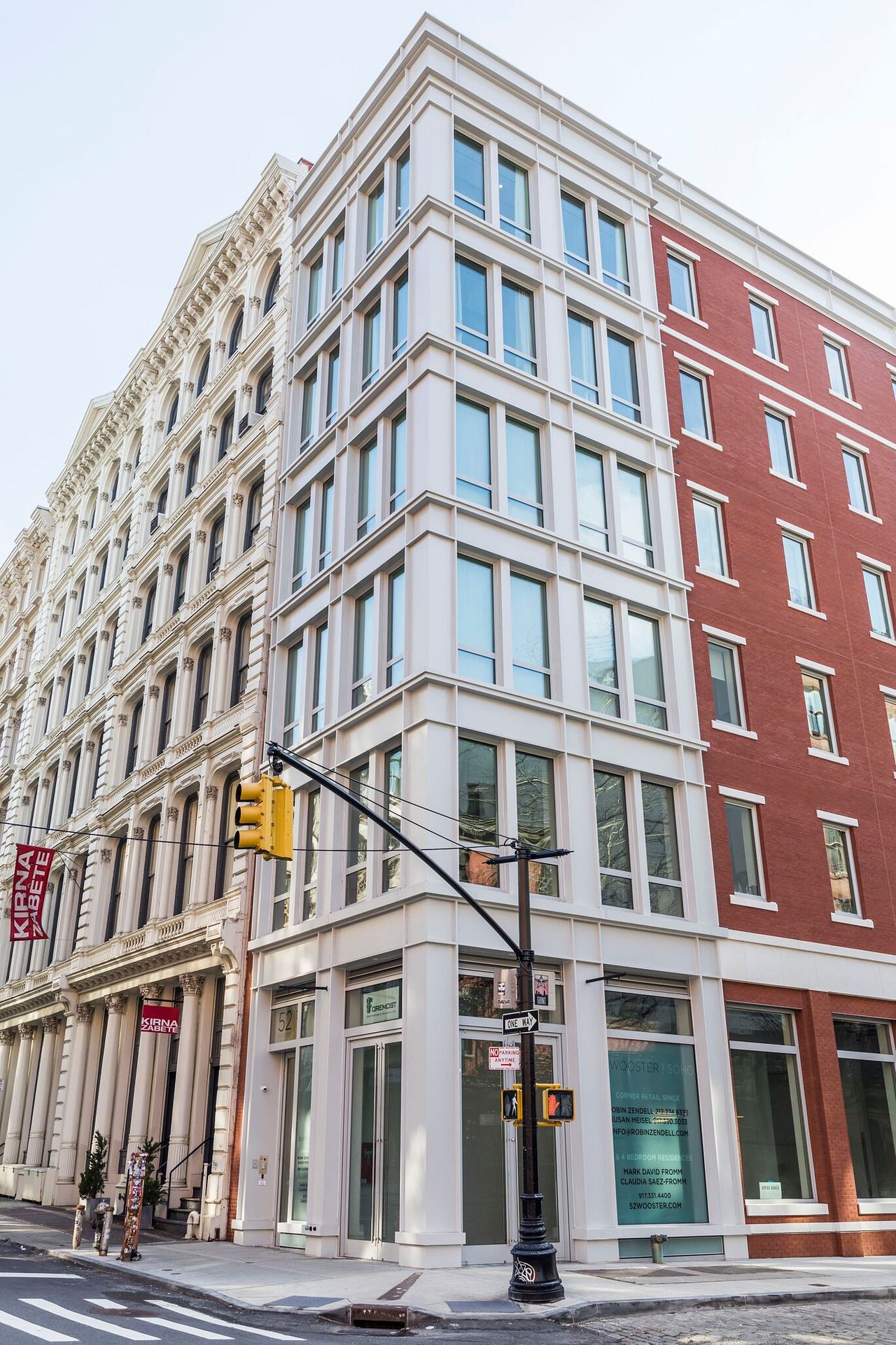 The Building Architect Arpad Baksa and interior outfitter GRADE are the design team behind the boutique condominium, which opened in 2015. The luxury that begins in the six levels of lofts extends down Wooster’s cobblestone street, where designer storefronts like Celine and Buscemi sprawl. But the tastes of the affluent aren’t totally sweeping the neighborhood. A quirkier piece of property, an experimental theater called The Wooster Group, stands its ground on the same street.

Living Space No need for LED fixtures here. The rift-sawn flooring, already bright from its white oak finish, dazzles even more when the sunlight spills in from the floor-to-ceiling windows that perimeter the living room. The marble fireplace, which completely spans the base of one wall, adds to the glow. Unlike the windows, the furnishings lie low in height and in ornamentation to allow the natural light to expand the loft. 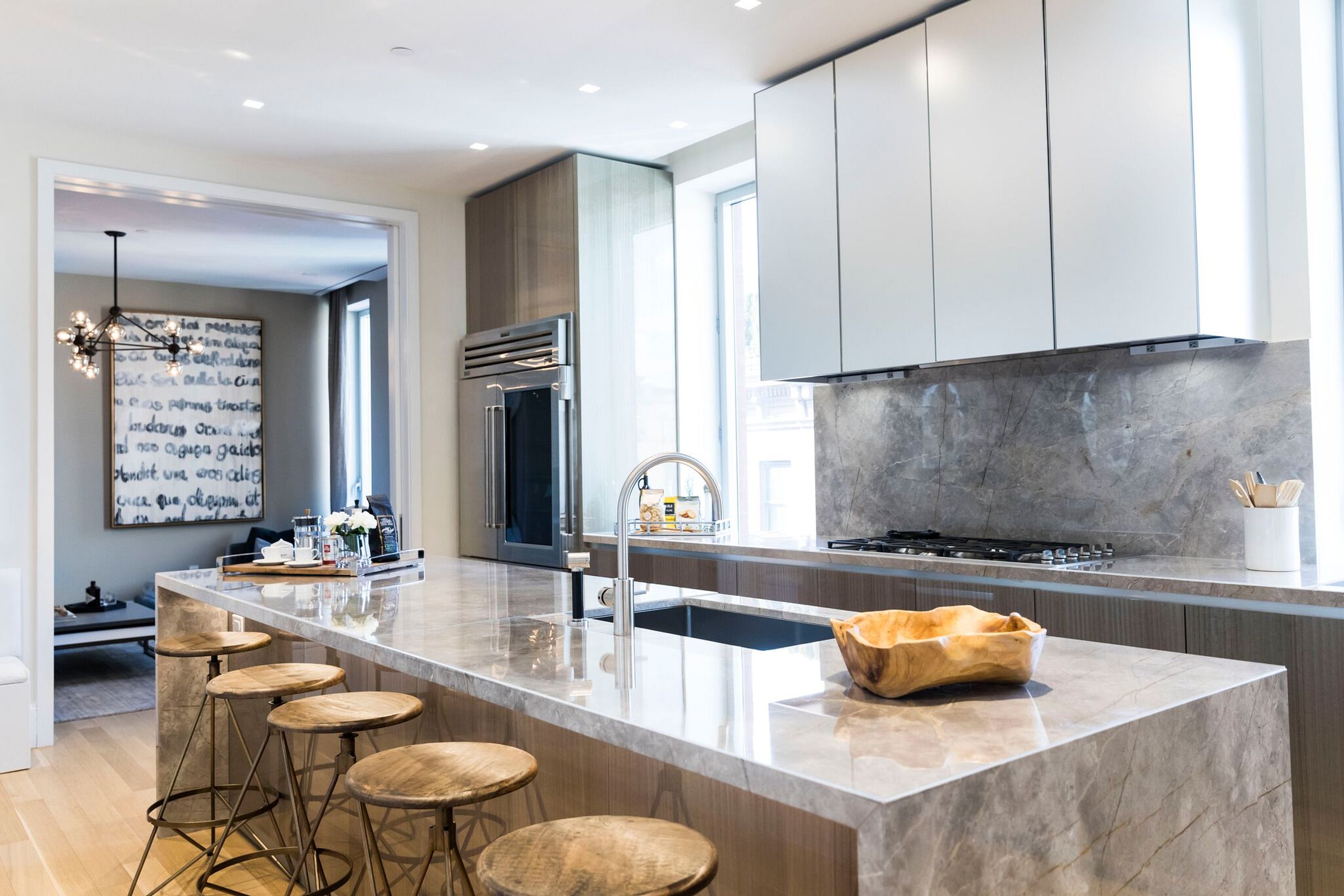 Kitchen An eight-foot open entryway brings the visceral experience of the living space into the kitchen. Taking a cue from the flooring's light wash, the marble of the Fior Di Bosco countertops and backsplash isn't over-saturated. But the pattern is still hard to miss, so it manages to soften the custom lacquer cabinets overhead. In an all-white kitchen the cabinets could come off as stark, proving the importance of every touch from the rougher-sawn bar stools to the golden mineral stone bowl sitting to the side. 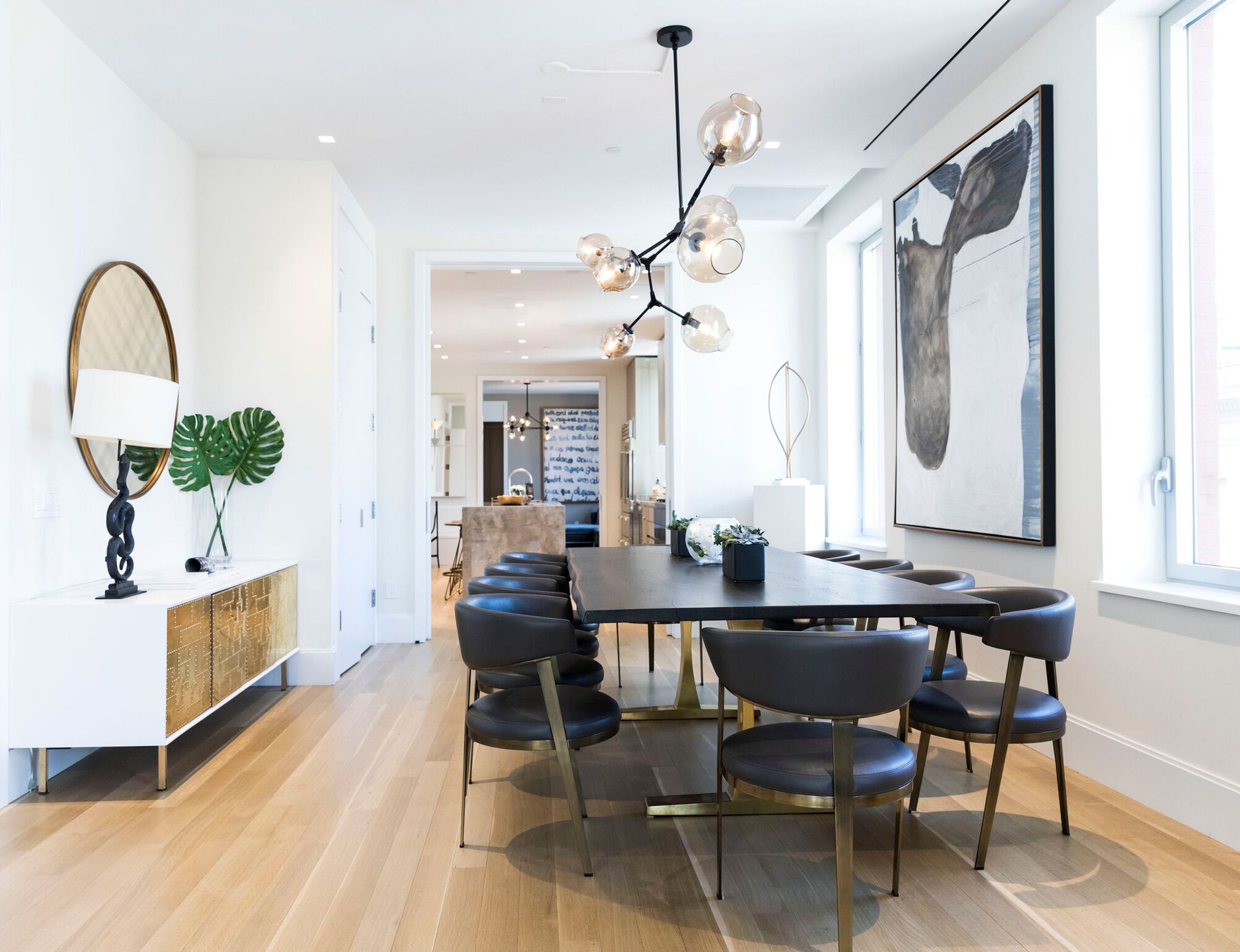 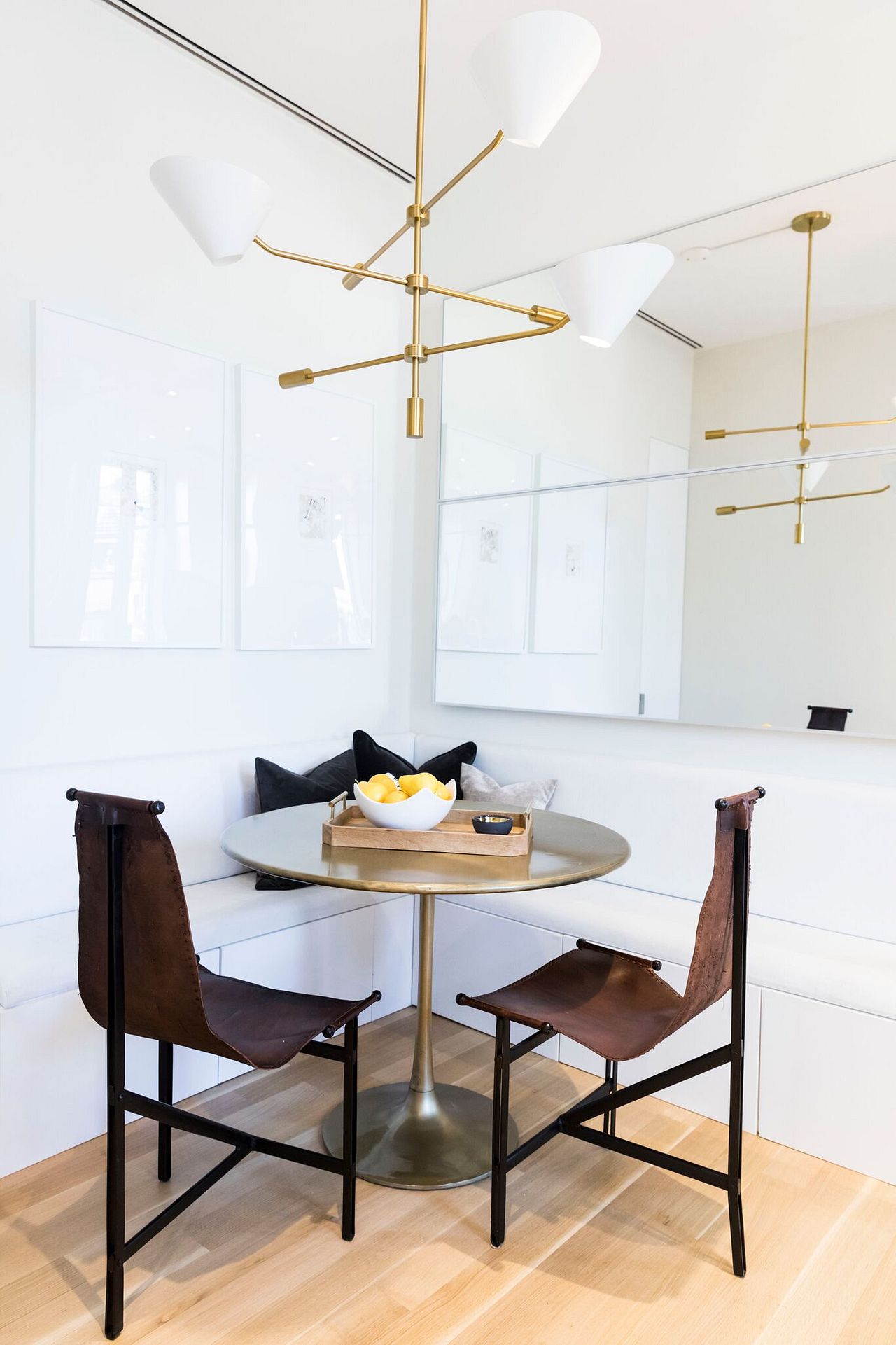 Dining Corner The bygone home installment of the breakfast alcove improves on its 1920s predecessor's claustrophobic features, getting rid of the "nook in the wall" look and instead melting the benches into the wall using a saturation of white. This camouflages the alcove from the rest of the kitchen and makes the unassuming breakfast corner even more of a secret retreat. 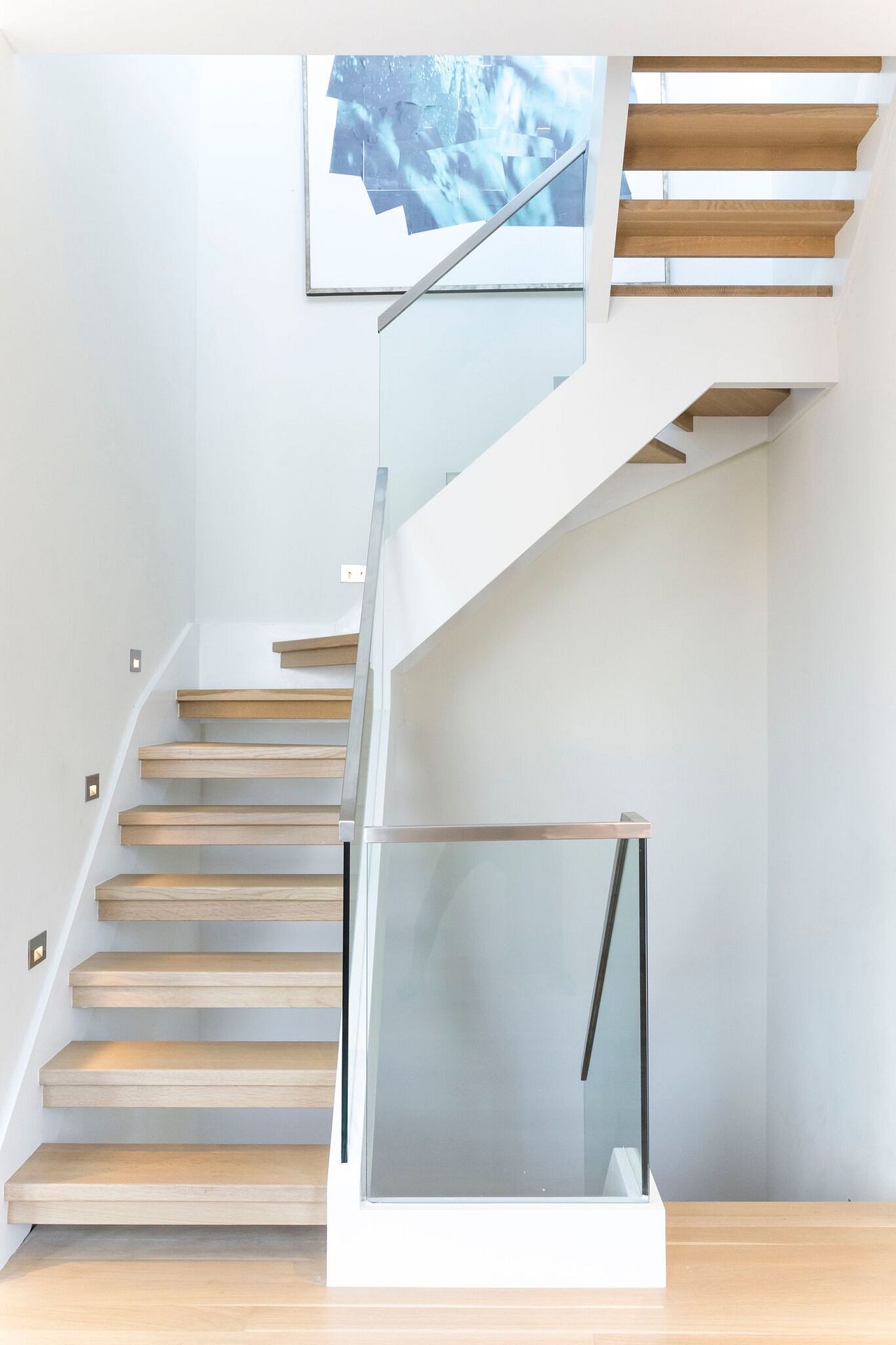 The Staircase Steel rails and glass panels pay tribute to the industrial architecture beyond the walls, but the oak flooring continues upstairs to bring the design innovation back to earth. After all, the emphasis is on the natural. The goal for lofts like these is to create space, not a cavern. 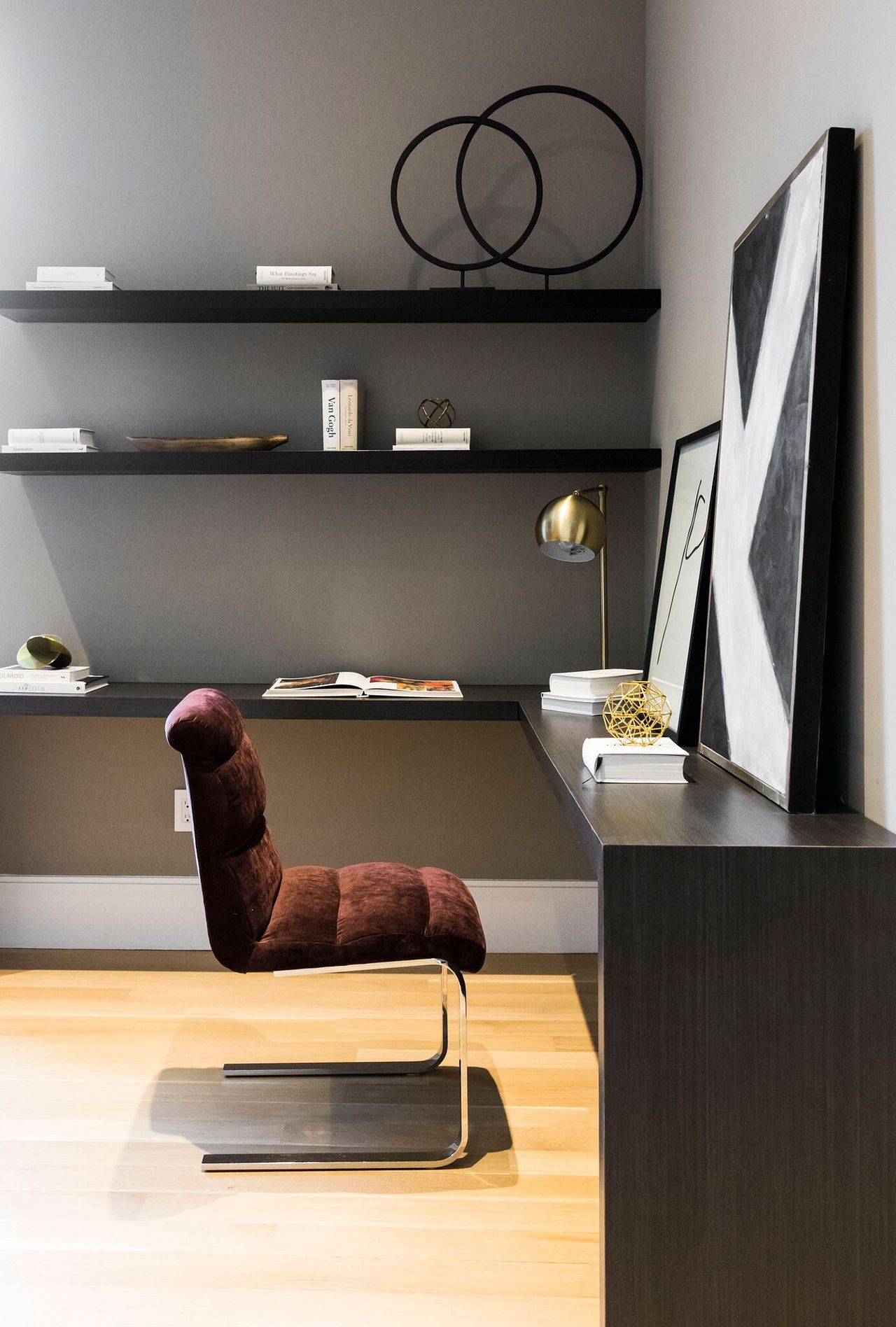 The Study The work station looks more like an extension of the shelves than it does a desk, which is ideal for this penthouse's design scheme. The more the furnishings flow into one another, the more space unfolds. The ebony finish on the desk introduces a bookish mood into the room, which this room needs; the lighter rooms in contrast encourage lounging and creative reflection. 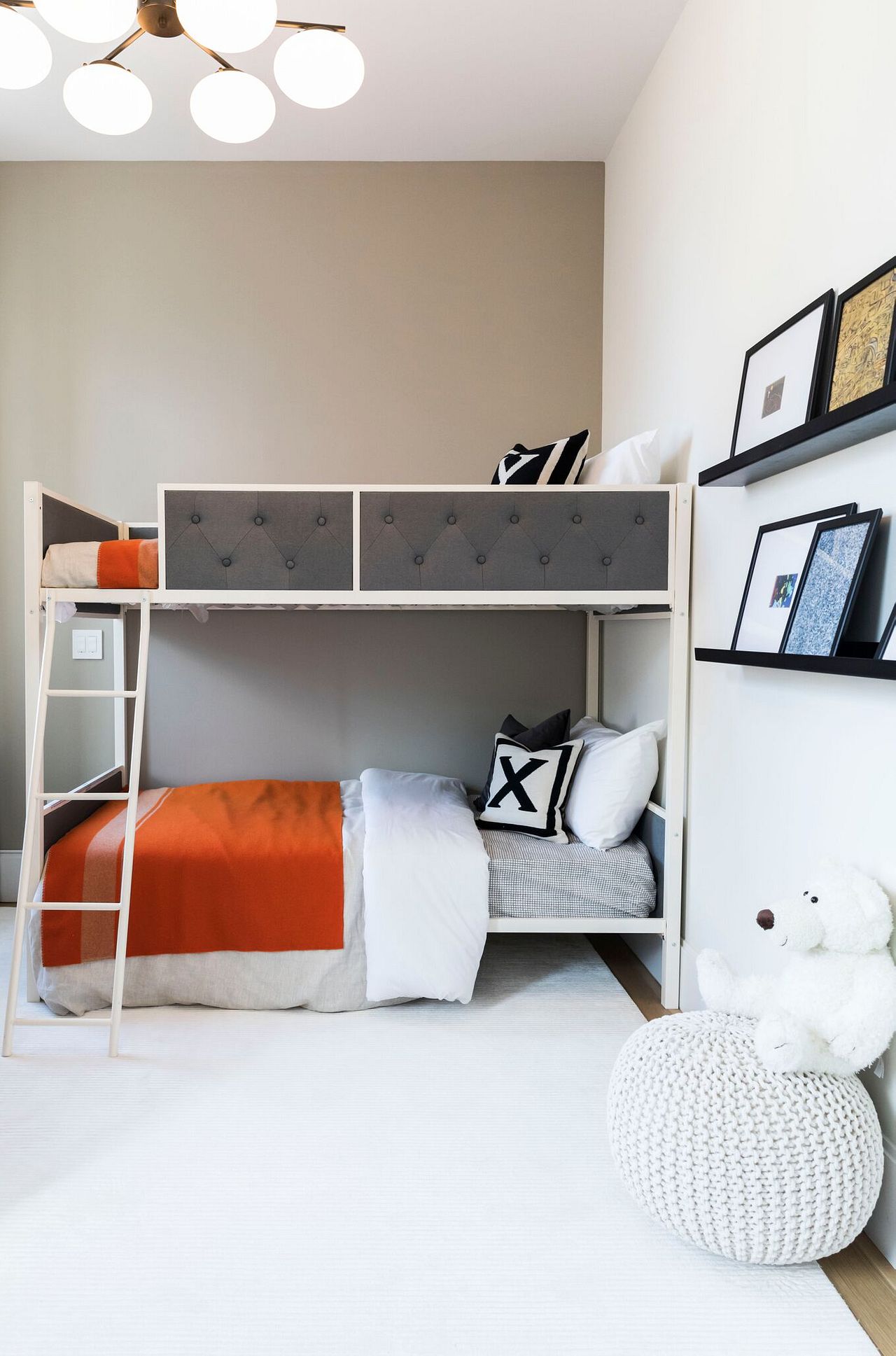 The Kids' Bedroom A contemporary children's room—don't mind the oxymoron. Yes, it's possible to create a sophisticated space shared with stuffed animals. A clean slate rug makes the oak flooring more playful, but brings a classic minimalism piece into the bedroom. Extra warmth is needed for a youthful room, and the two-toned walls introduce color without being too whimsical. It's the sensible color palette that allows features like a bunk bed—every child’s dream—to stand as a respectable furnishing. 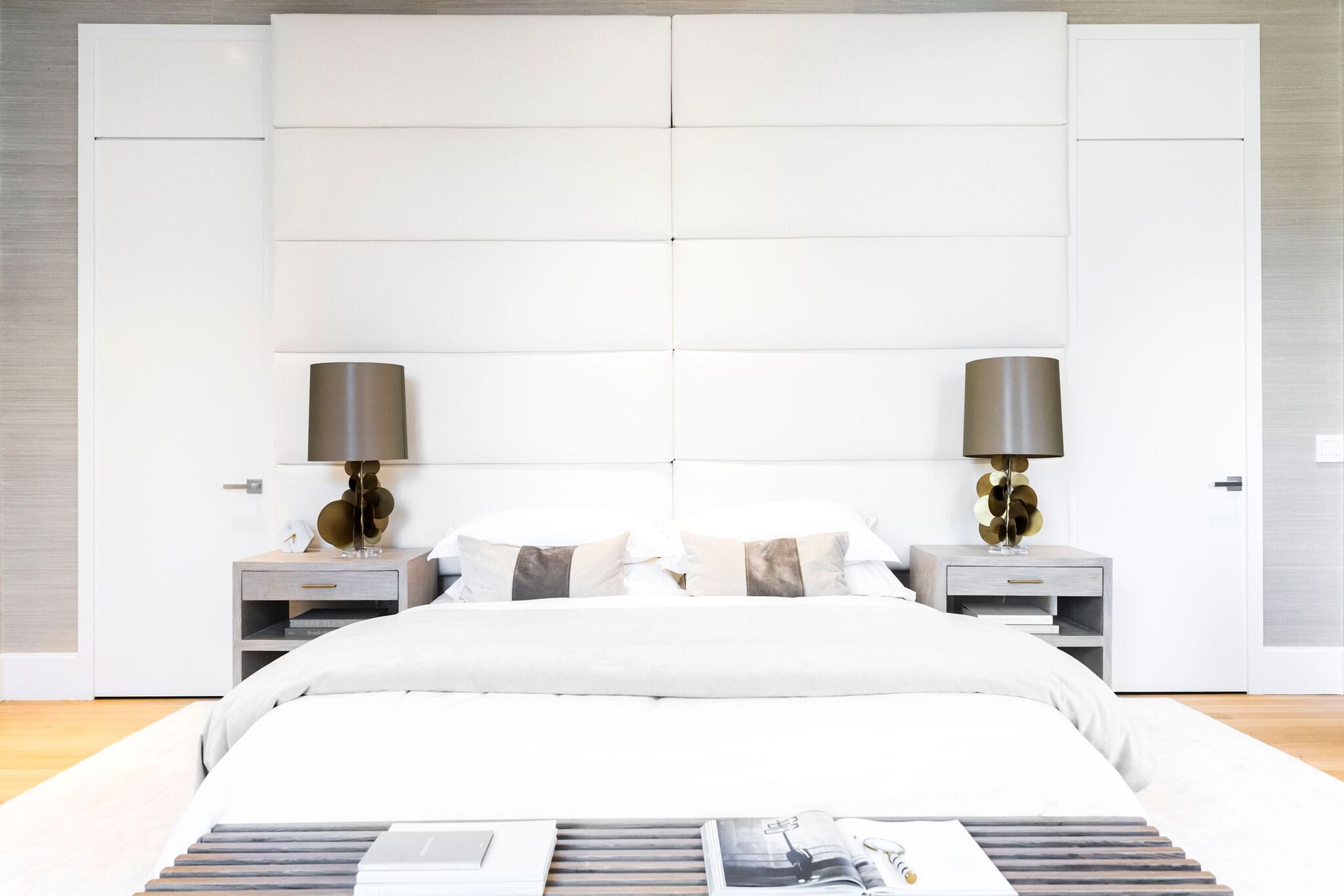 Master Suite The reigning bedroom doesn't take great leaps in interior design, and for good reason. The suite opens onto a private terrace, should you be so enticed to kick off the sheets. But one feature must be pointed out: the headboard, which is too underwhelming a name for the room's best accent. Just like the doors and windows in the penthouse, the upholstered wall panel reaches for the stars. Appropriate, considering the successful residents of SoHo. This one piece transforms the room from unimaginative to conceptual. 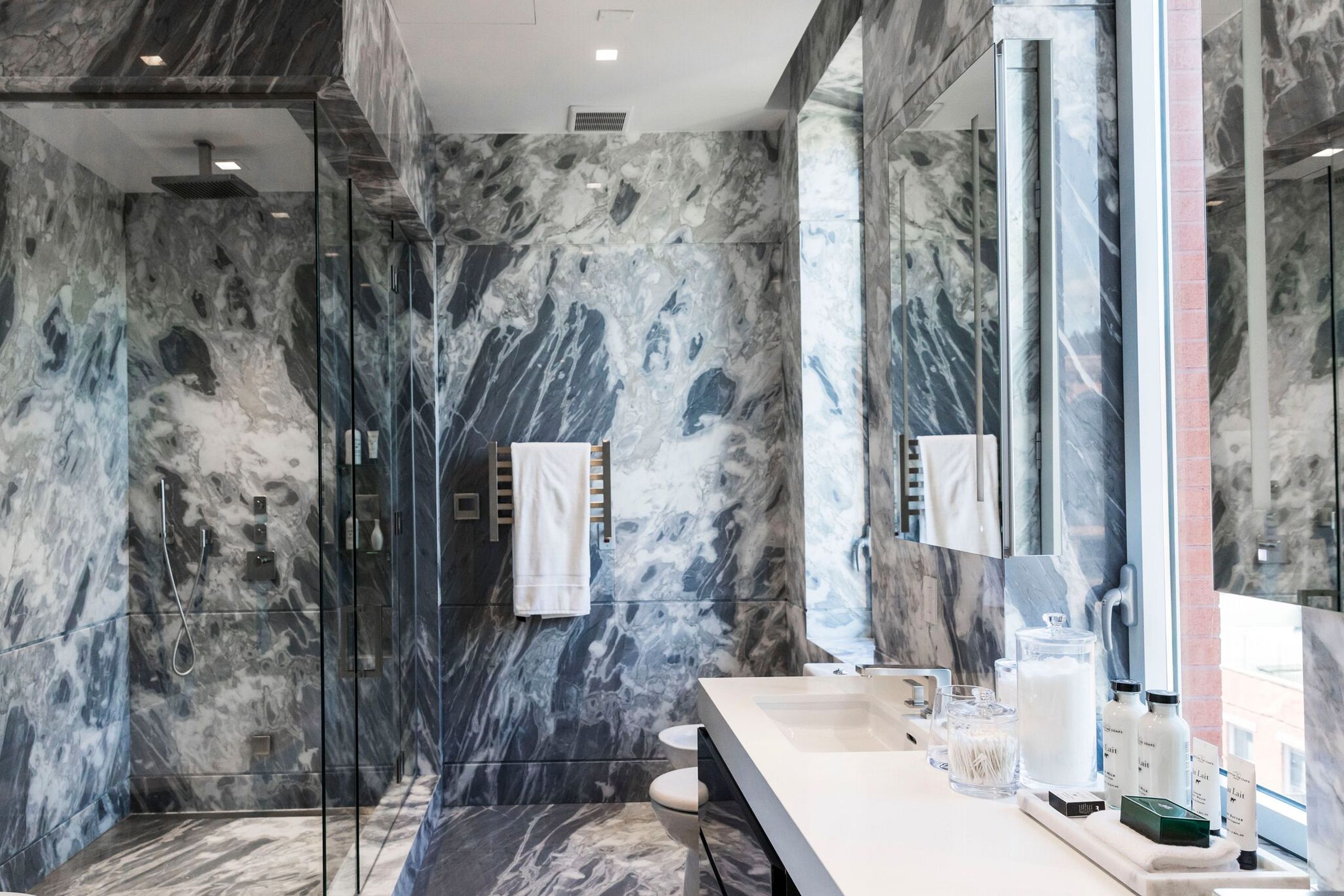 Master Bathroom This room is a good example of experimenting with modern materials the right way. The White Wooden marble slab stretches from wall to floor, encompassing oneself in a material so foreign that it transports you into a clean (and considerably polished) sanctum. The rain shower enhances the otherworldly effect. 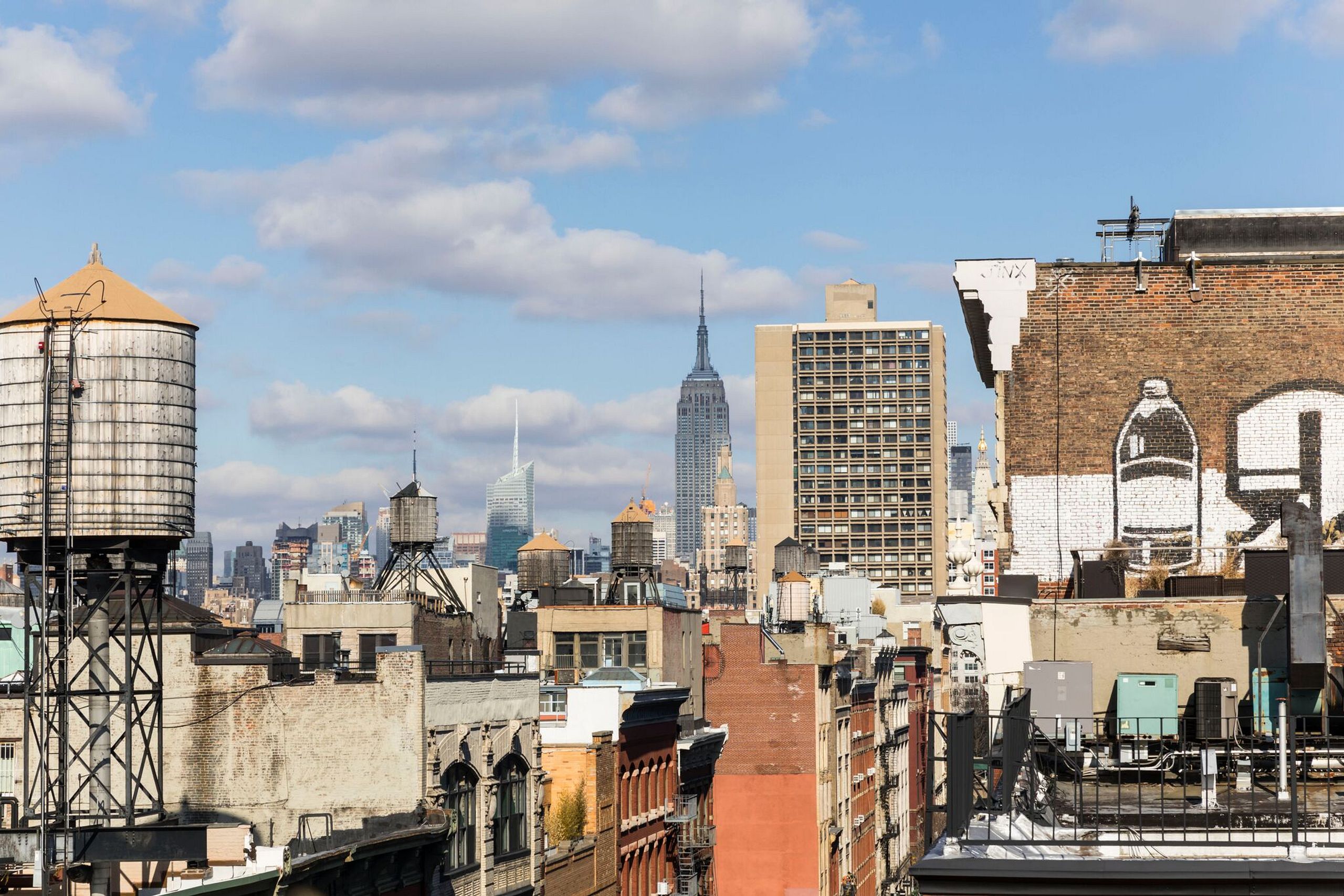 Lower Manhattan Views Your thumbs can basically pinch the Empire State Building with outdoor views that face the north, south, and west. An outdoor kitchen, hot tub, and fireplace enhance the viewing party. 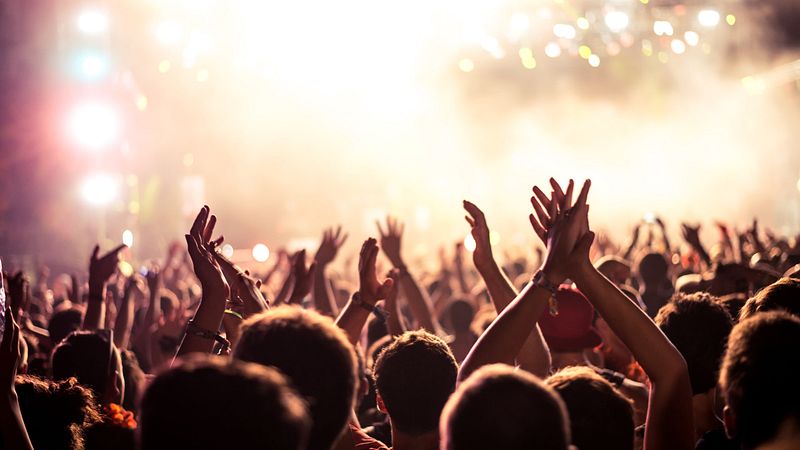 Shakira or JLo? Who America’s More Excited to Watch During Super Bowl Halftime Show By State

House Method conducted a survey to over 4,000 Americans asking them who they're more excited to watch perform at the Super Bowl Halftime show. 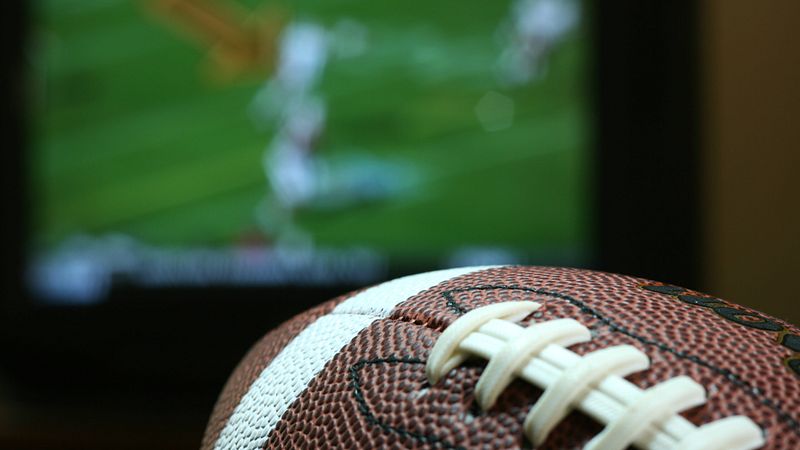 Who is America Rooting for in the Super Bowl? [2020 Survey]

The Super Bowl is practically an American holiday. We asked over 4,000 Americans who they're cheering for and broke it down by state. Read on to see our results. 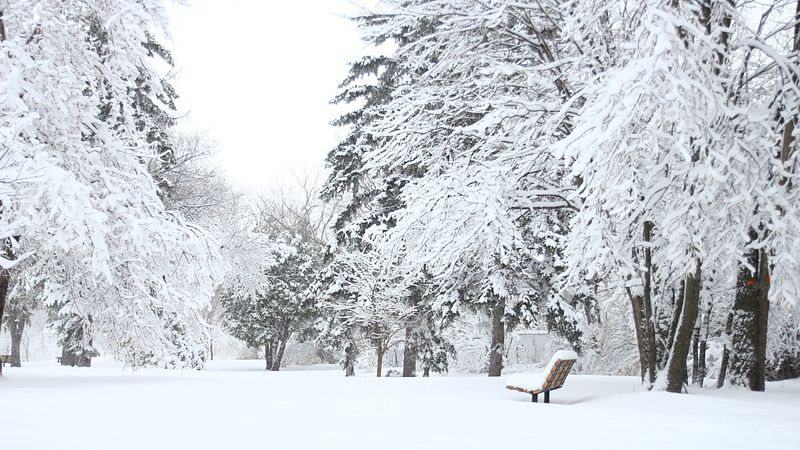 The Record Snowfalls in the United States [Data Study]

As the snow starts to come down across the country, we at House Method decided to find out just how much (or how little) each state has received. We gathered data on the biggest total snowfall (in inches) of each county in every state of the U.S. 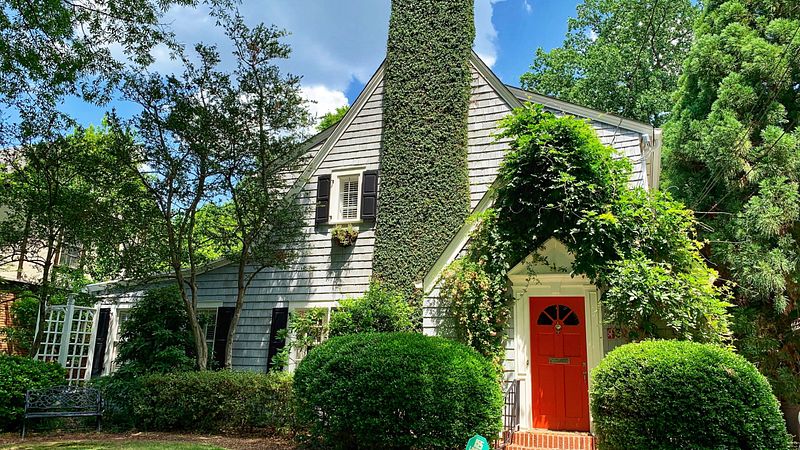 A Look Into How Americans Furnished Their First Home

There are many challenges when moving into a first home. House Method conducted a study asking over 3,780 Americans how furnished their first home. 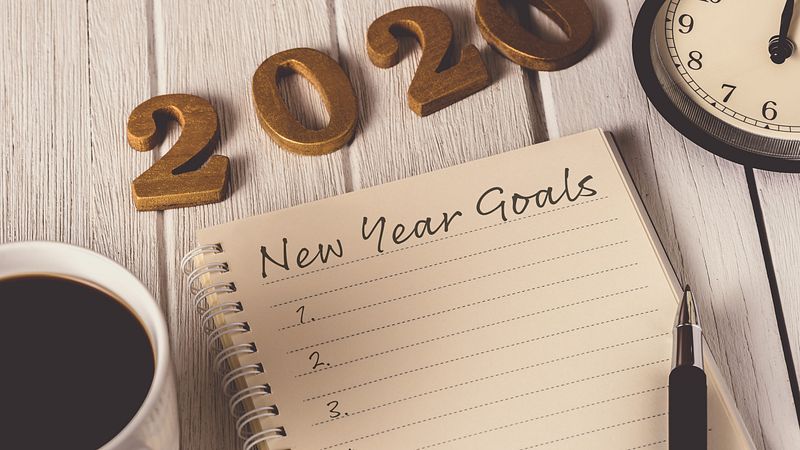 The Best and Worst Cities for Keeping New Year’s Resolutions

With a new year comes new goals and at House Method we want you to reach those goals. See how we ranked the best cities for keeping New Year’s resolutions. 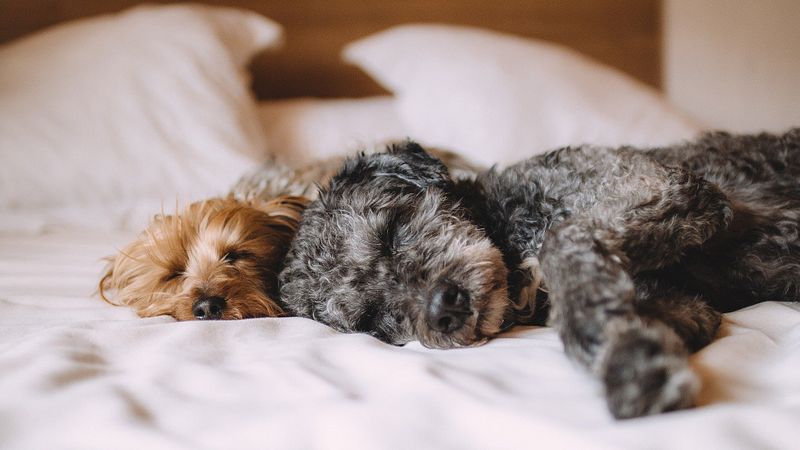 The Best and Worst Cities for Reducing Stress in the U.S.

If you are looking to reduce your stress levels, think about moving to one of these top cities. House Method determined the best cities for reducing stress according to five factors. 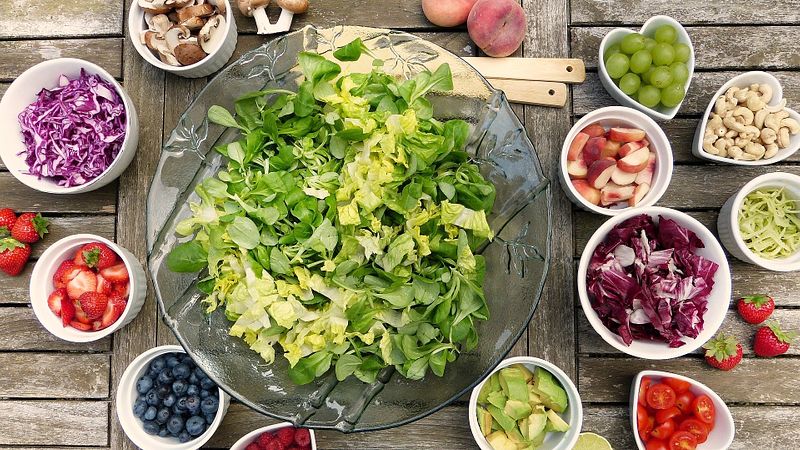 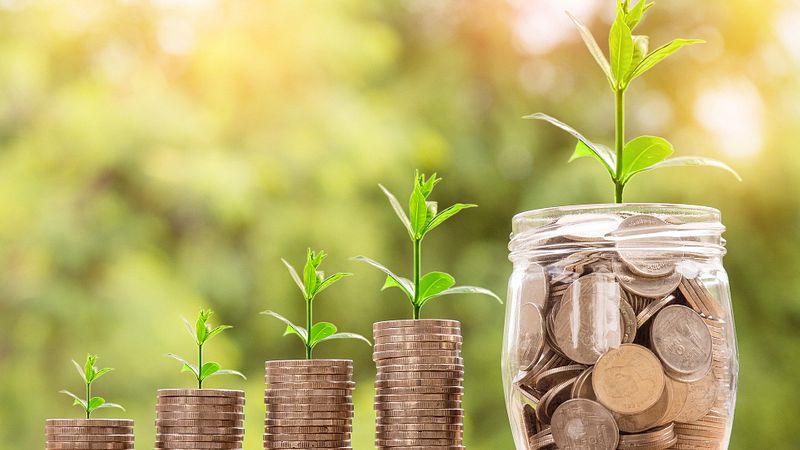 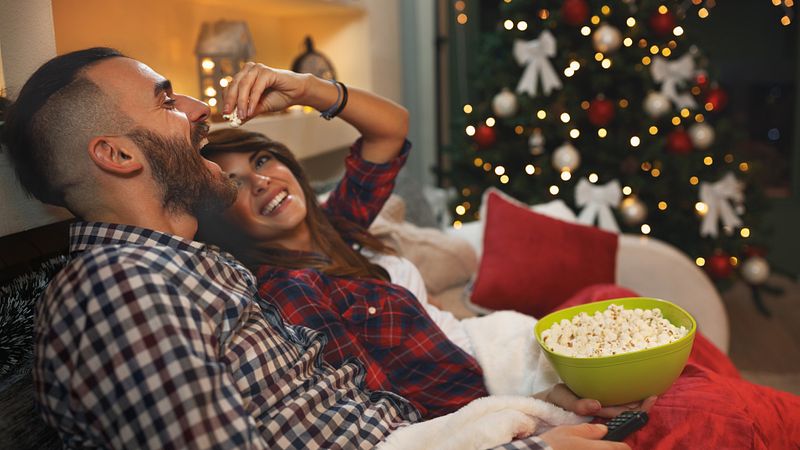 Each State’s Favorite Christmas Movie… Should ‘Die Hard’ be Included?

Christmas movies are a wonderful way to get in the holiday spirit. We surveyed 4,500 Americans to find out their favorites.