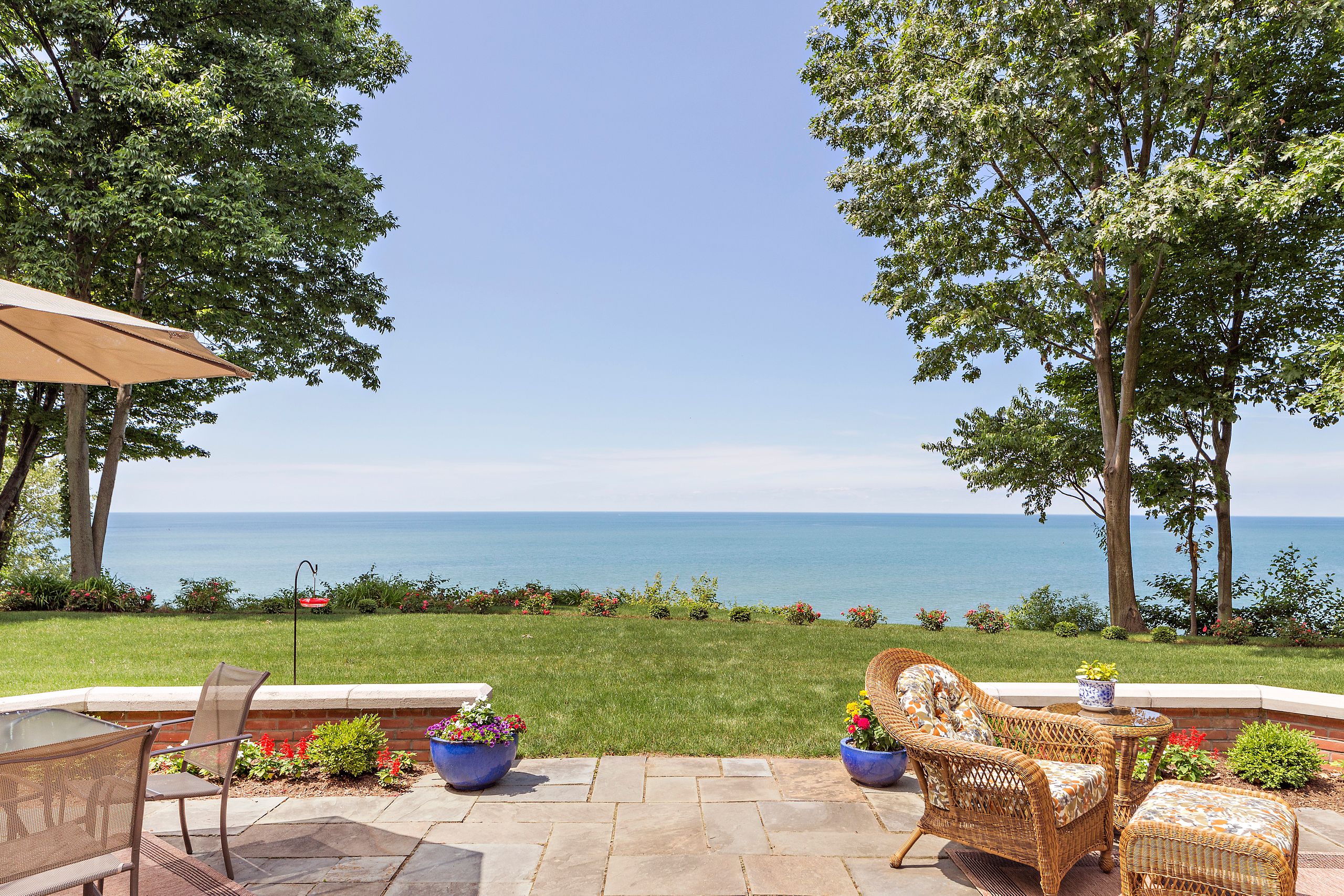 This 1960s ranch nestled on the shores of Lake Erie in Pennsylvania has been home to the Ls—a realtor and a retiree—since 2015. The way it toes the edge of the crystalline blue water, one might forget that this isn’t a saltwater getaway, but a freshwater home customized for entertaining family and friends now sprinkled from coast to coast.

When they bought the house, which had been severely neglected for years, the Ls faced the question of demolition or comprehensive remodel. The couple chose the latter, and the sweep from concepting the remodel to move-in was just nine weeks. 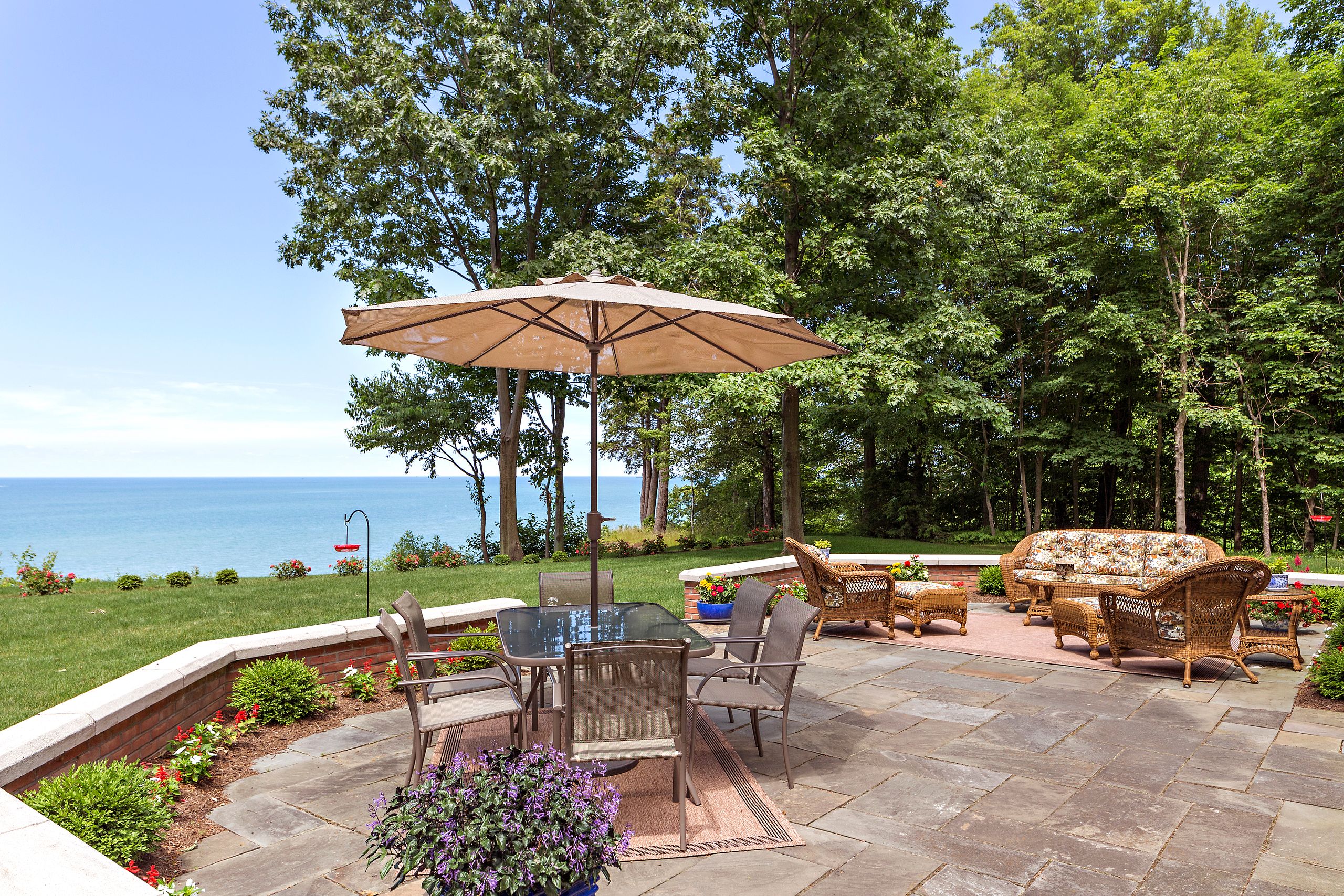 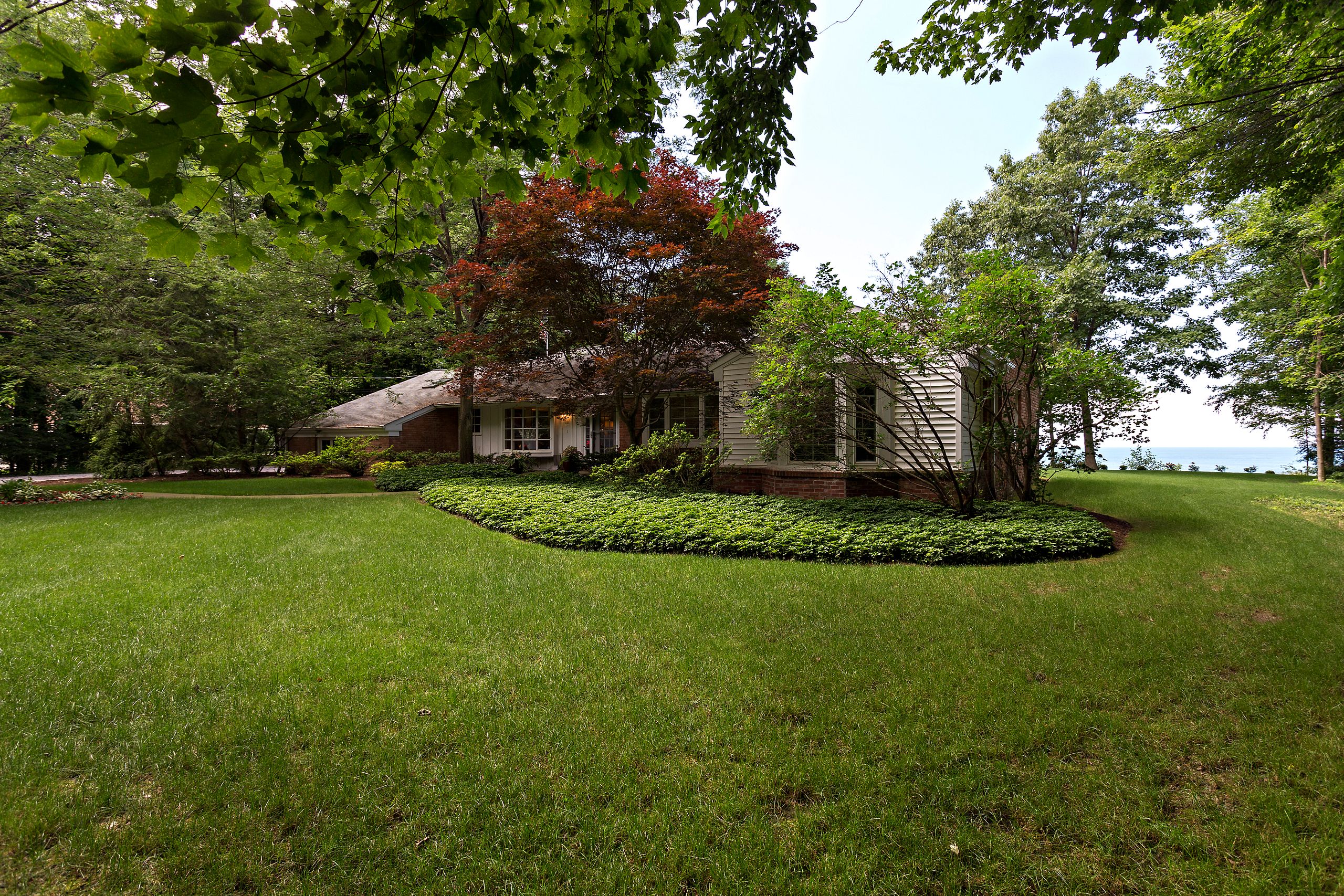 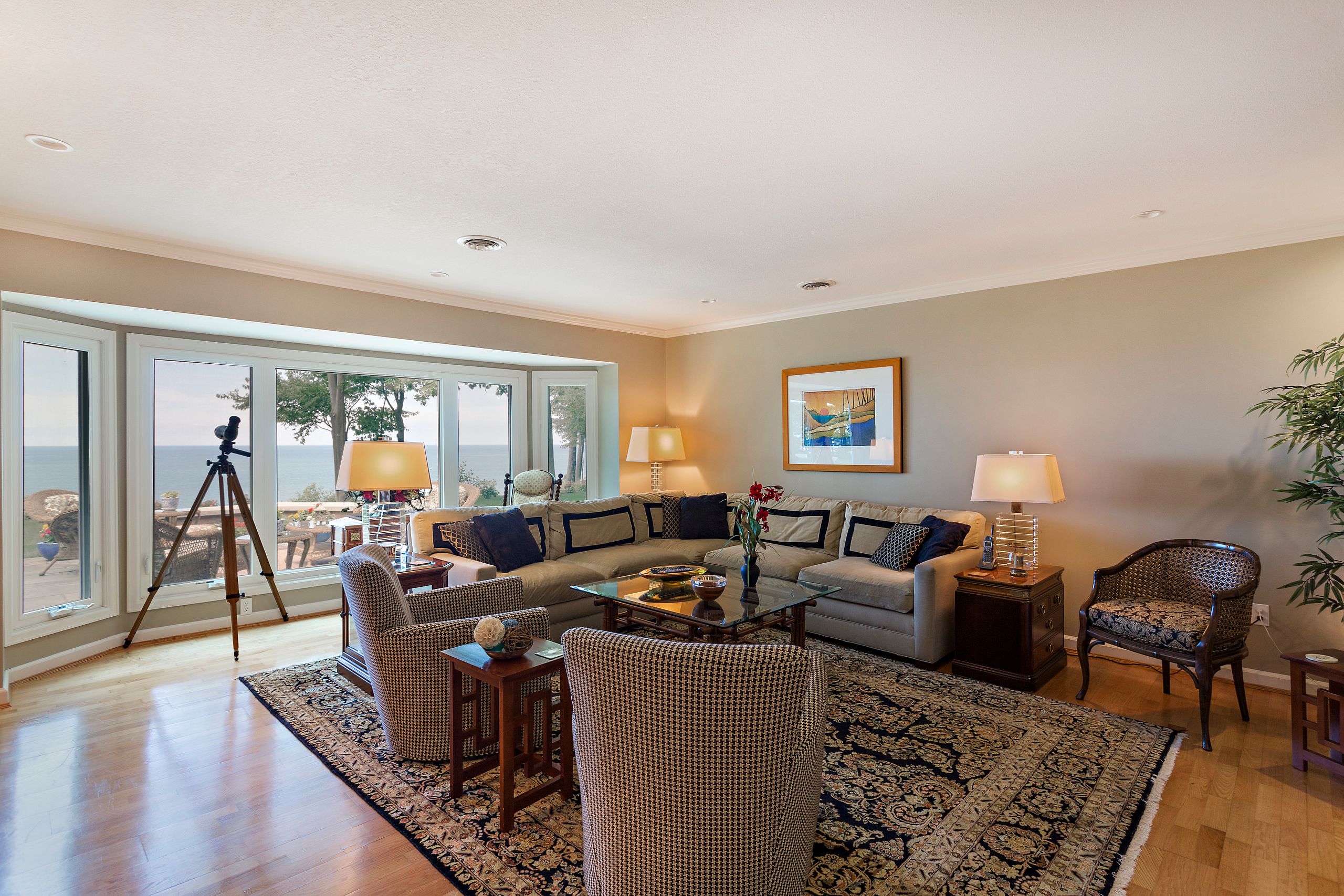 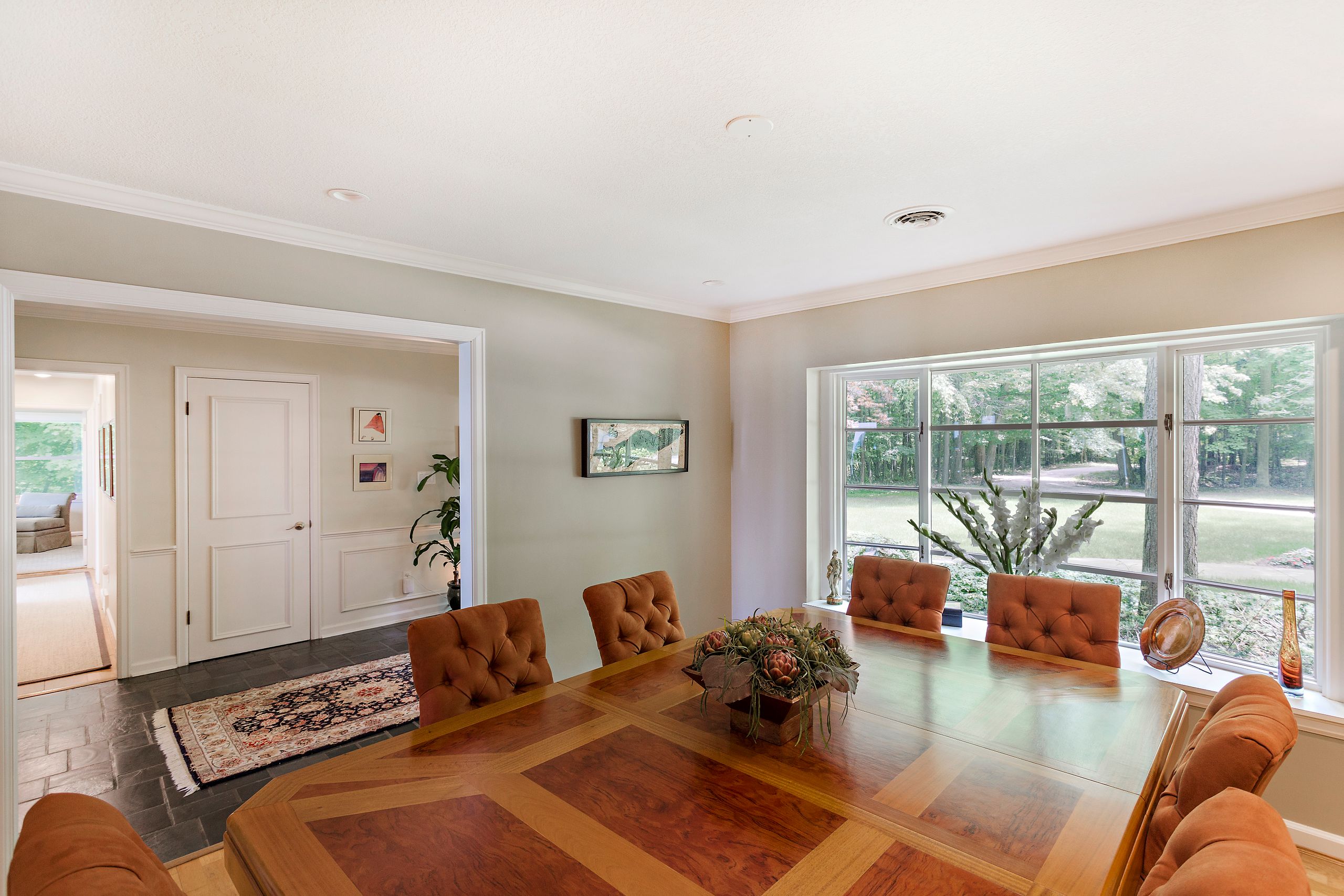 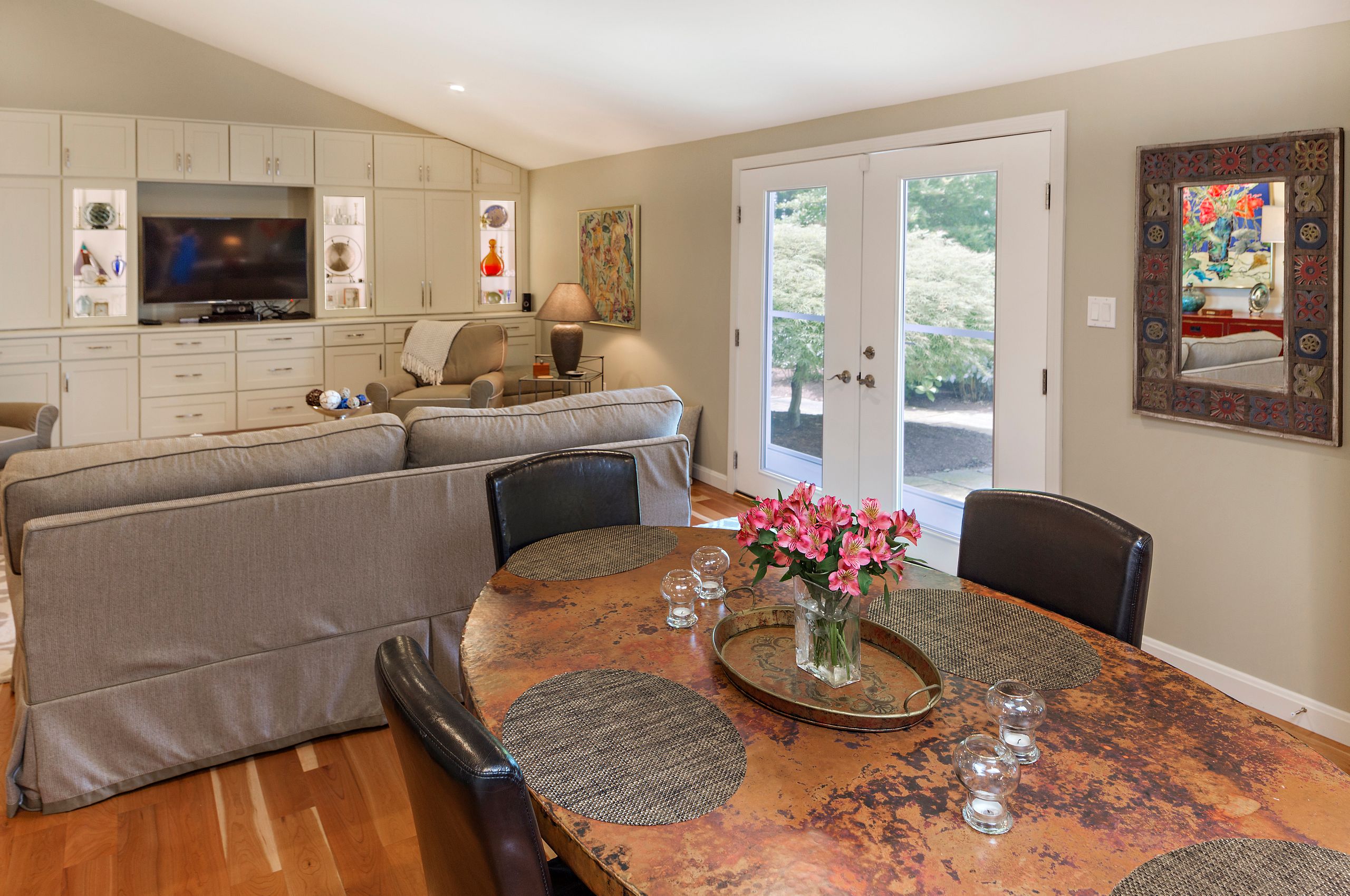 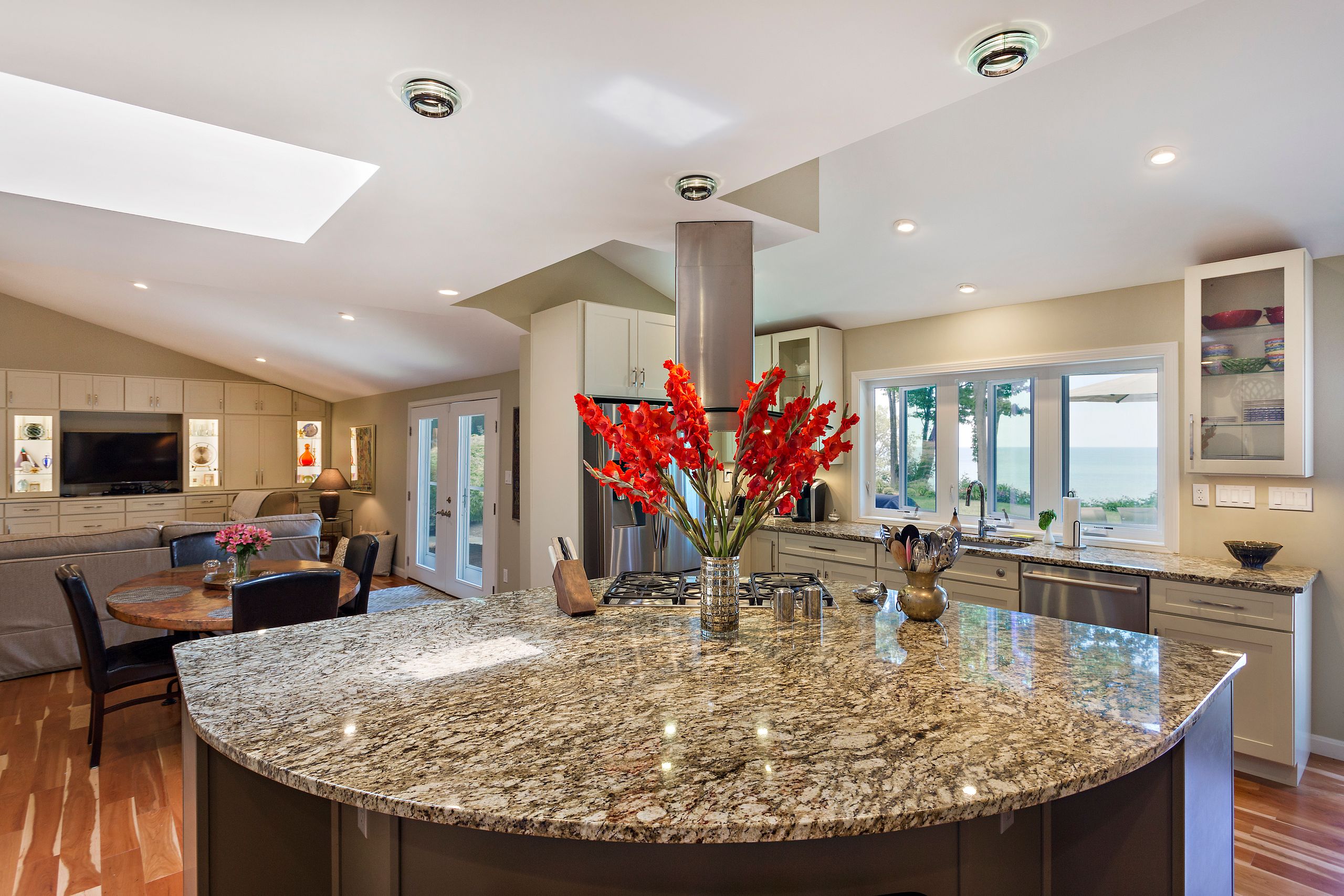 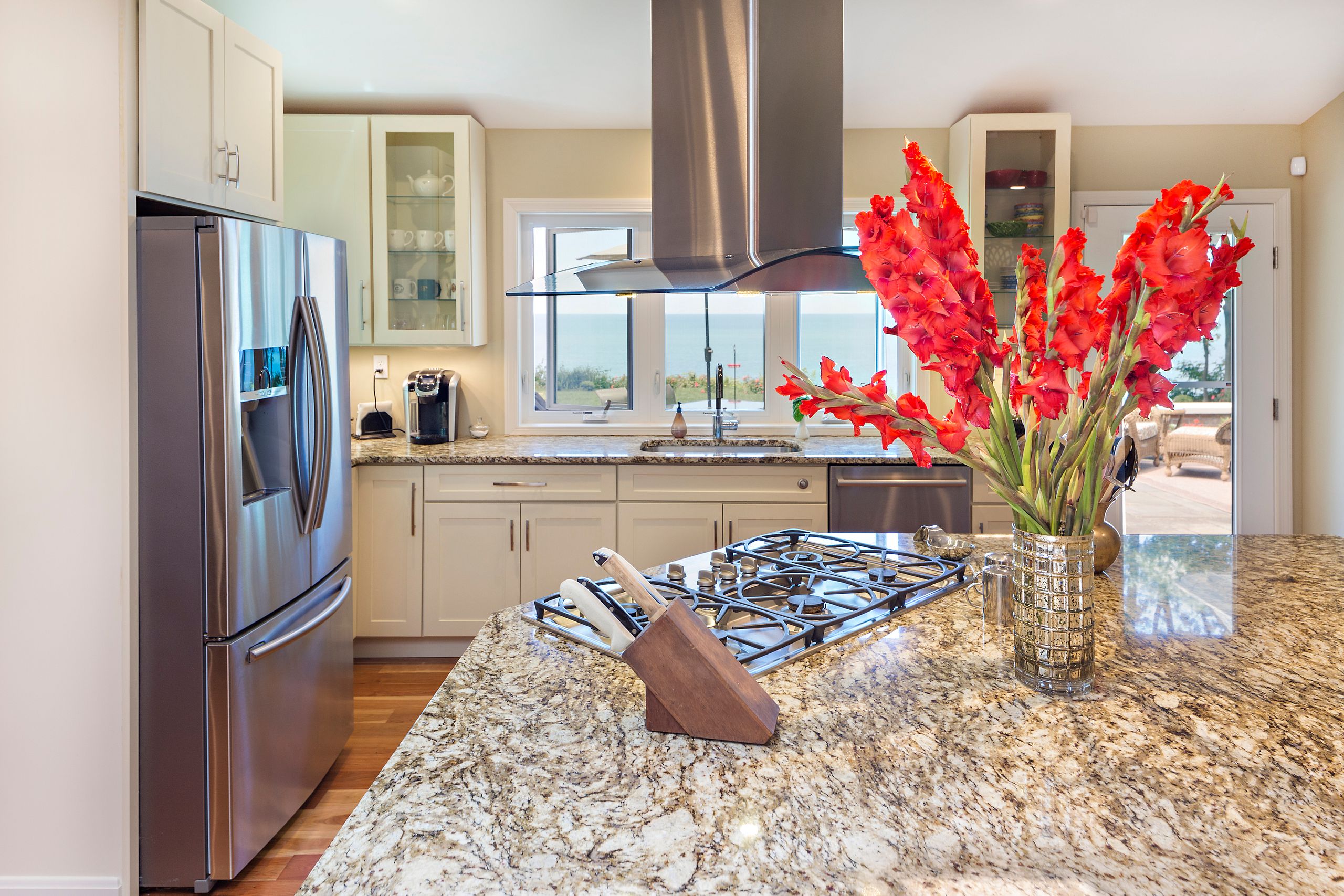 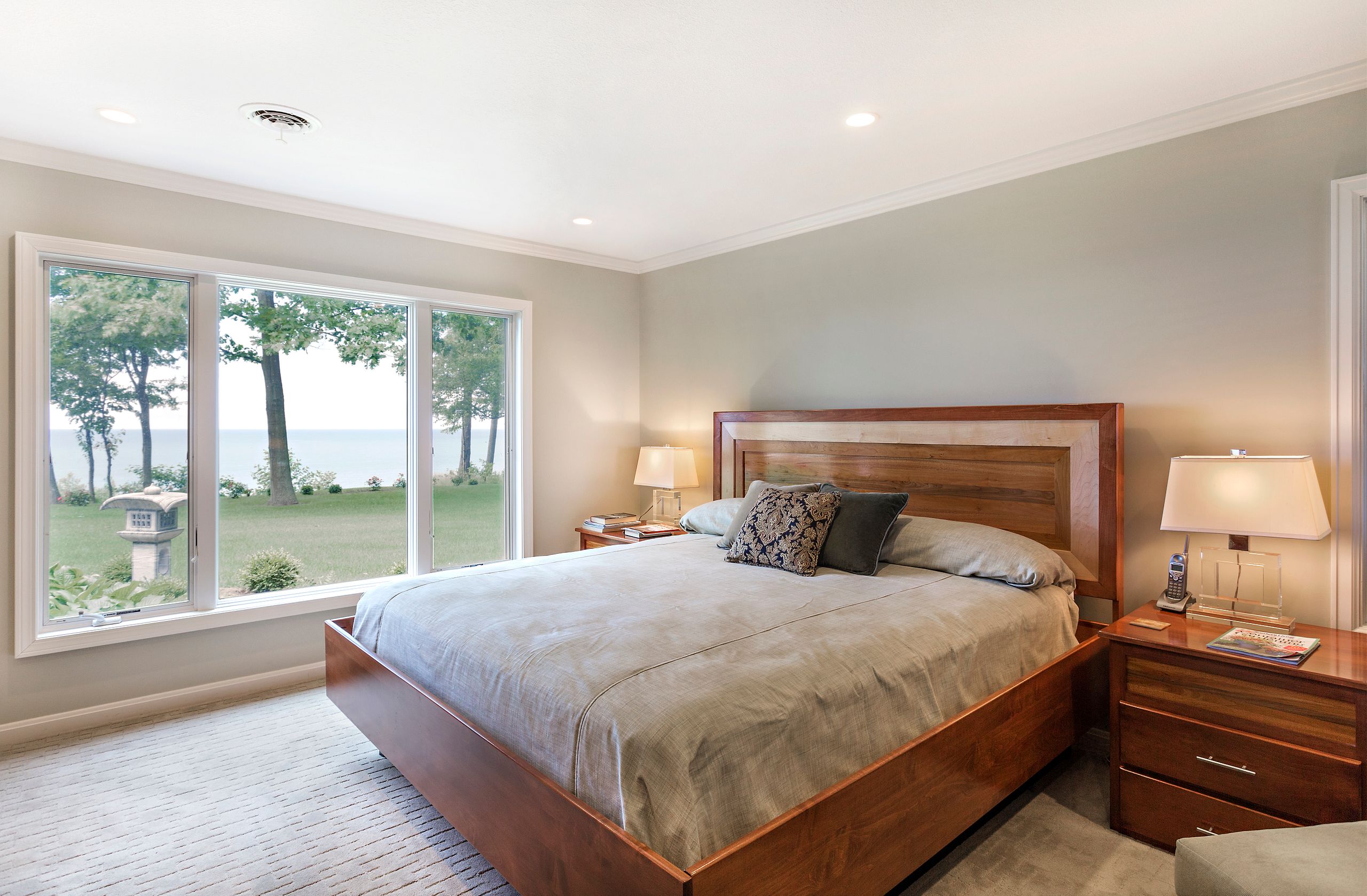 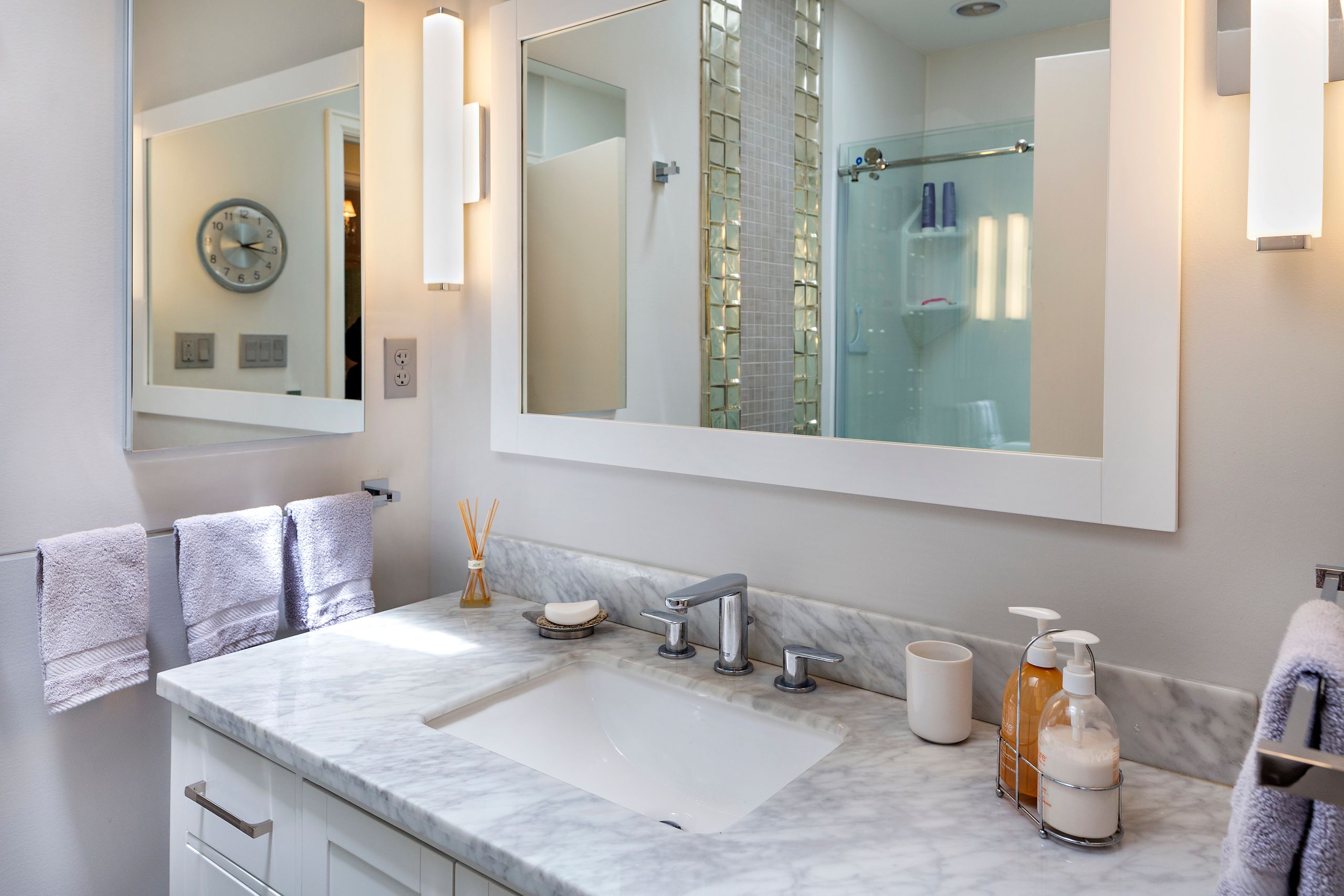 A history of the home

The home is a three bedroom, two bathroom ranch built in the early 1960s. We purchased the home in the spring of 2015.

The former owner had neglected the home for a number of years and no maintenance had been done inside or outside for at least four years before our purchase. We approached the project from the aspect of deciding whether to tear the house down or remodel the entire structure.

Due to the unexpected quick sale of our former home, from which we were downsizing, we decided to remodel and immediately hired a designer/draftsman and a builder and planned as we went.

The updates included taking the kitchen and family rooms down to the studs and expanding both spaces. Vaulting the ceiling in both of those rooms, installing all new flooring, lighting, cabinetry, and appliances. Skim coating all of the remaining walls with plaster, replacing a majority of the windows, relocating the HVAC to the mudroom, and rewiring the whole structure.

Expanding the master suite into an adjacent bedroom to accommodate walk-in closets, commissioning our cabinetmaker to build in dressers and closet cabinets in the master. Repurposing one of the bedrooms to function as an office as well as a bedroom, gutting and rebuilding both baths, refinishing all of the existing floors, and insulating the attic.

Why did you choose this home?

One-floor living and ease of maintenance for a retired couple downsizing. The view was also a huge selling point! Our backyard has unobstructed views of Lake Erie.

Transitional décor with a bent toward the contemporary. With my wife’s background as a realtor, she is great at understanding how to showcase spaces.

The kitchen was formerly a narrow, dark space with an L-shaped layout. We knocked out a full wall to open up the space and included a huge island for our style of entertaining. We also included glass doors in our family room, just off of the kitchen, to further capitalize on the view.

Where do you find inspiration for your home?

A composite of the prior life experience, having remodeled homes before, and online material and style research. We have the benefit of my wife’s years of experience touring spaces. We also enjoy entertaining and hosting our large family, so we try to make our space polished but comfortable.

Do you have a favorite memory in this home?

Hosting our grandchildren. We have eight grandchildren from California to Boston, and we love having them visit!

Tell us about your favorite feature of this home.

The setting and view. We’re so lucky to open the doors in the summer and enjoy the waterfront setting.

Do you have a favorite room in the home?

The kitchen. Between holiday parties with family and normal nights cooking at home, the kitchen is where we spend lots of our time. The huge island is perfect for preparing food or serving as a buffet during dinner parties. And even doing dishes or cleaning up, we get to enjoy the view.

What has been your favorite DIY project in the home?

Exterior landscape lighting. Lighting is a great way to add drama to a home, and it’s an easy project to tackle.

What is one project you will always outsource?

Anything that involves plumbing.

Is there anything you wish you could change about the home?

A half bath off the family room. It’s always nice to have an easily accessible powder room for guests. So far, though, we haven’t felt the need to invest in this update.

What part of the home is your biggest indulgence?

The cherry kitchen floor. We love the contrasting tones—it adds such a warmth to the space.

What advice would you give to other homeowners?

Be intimately involved with your project. It gives such a feeling of accomplishment and satisfaction. 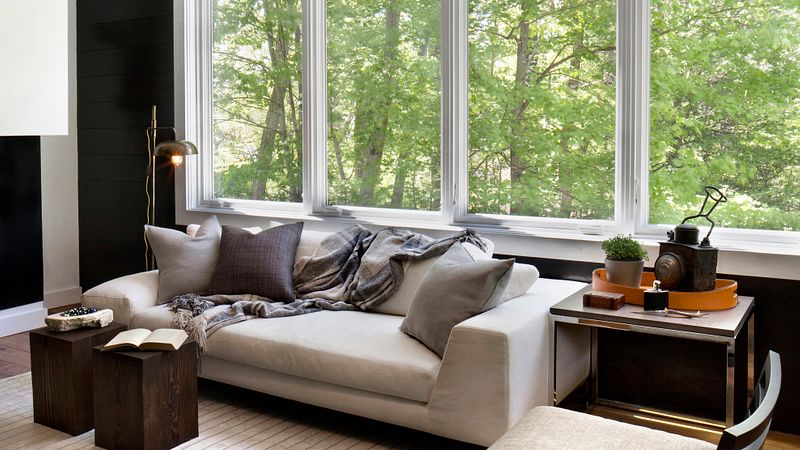 Before & After: Reimagining a New England Colonial

See the before and after photos of Décor Aid's transformation of a Greenwich Colonial, and learn the importance of balance in design. 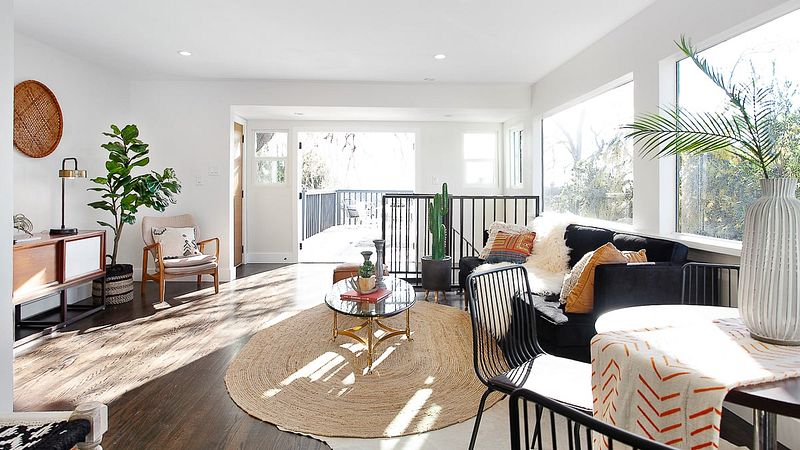 Tour a Los Angeles Bungalow That Brings the Outdoors In 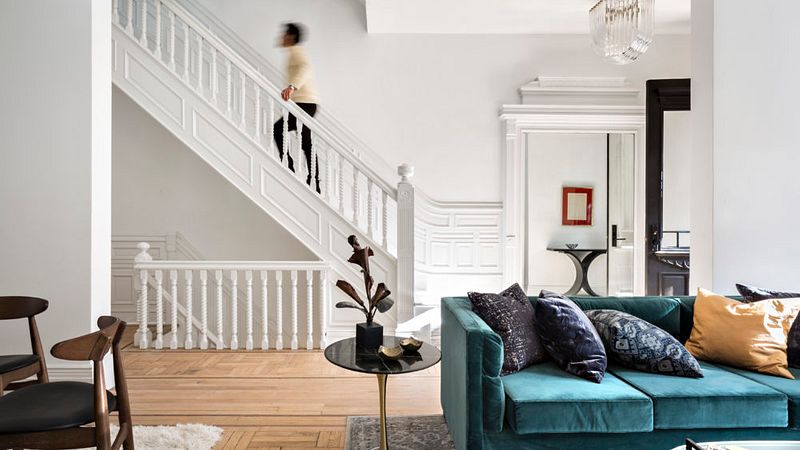 Impeccably dressed, tastefully luxurious, see inside this four-story sliver of a brownstone in Stuyvesant Heights.