How to Protect Your Home with a Sewer Line Warranty 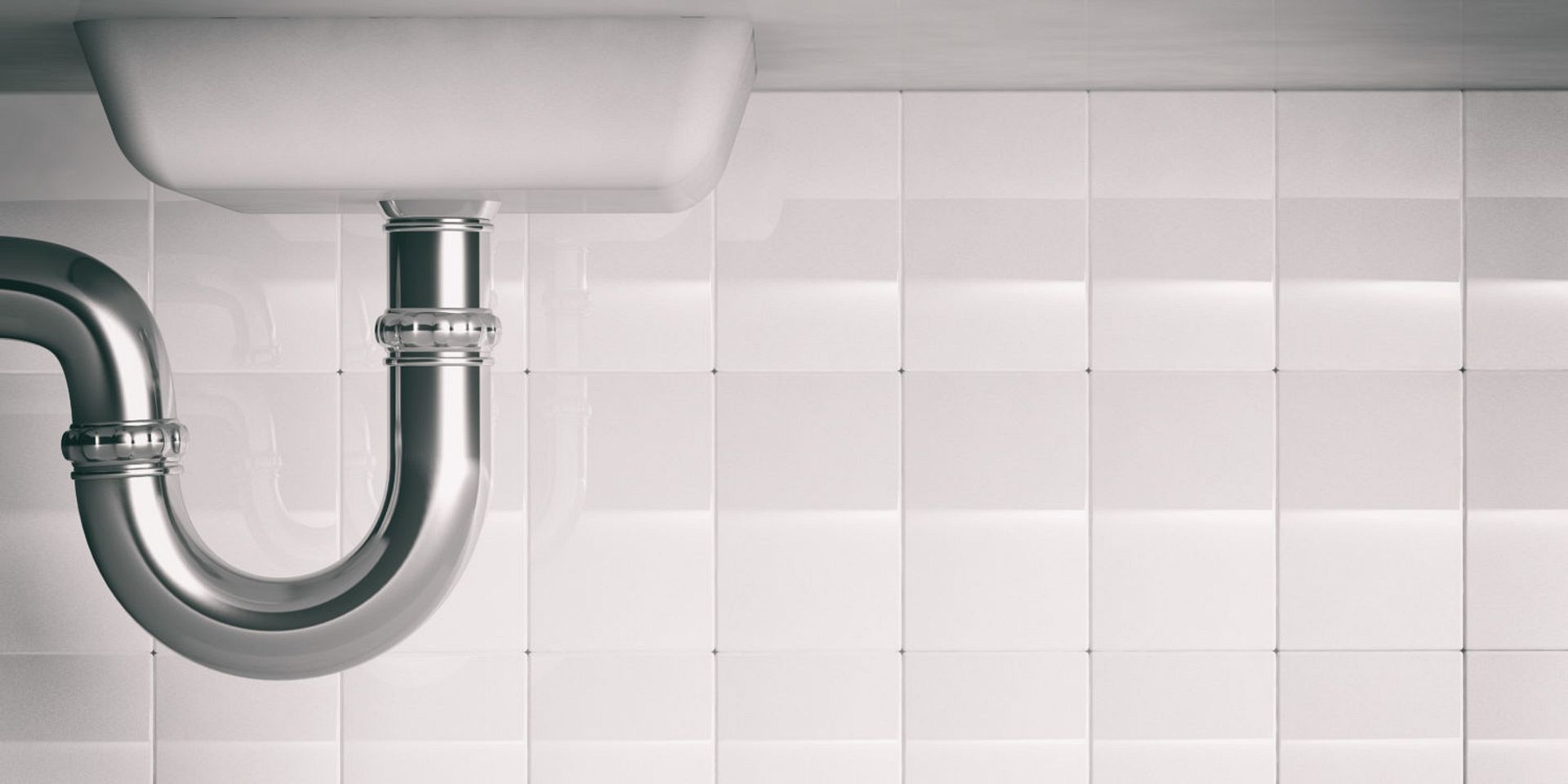 The Best Protection for Sewer and Water Lines

Save on sewer line repairs with Choice Home Warranty.

Water and sewer line issues can be some of the most expensive and inconvenient repairs you face because they often involve digging up your yard and part of the street. Depending on the situation, you could be looking at a bill that ends up costing you several thousand dollars.

Thankfully, there are insurance and warranty options that help cover the costs of such water and sewer line disasters. Read on to discover what sort of sewer line plans are available and to see if you could benefit from them. 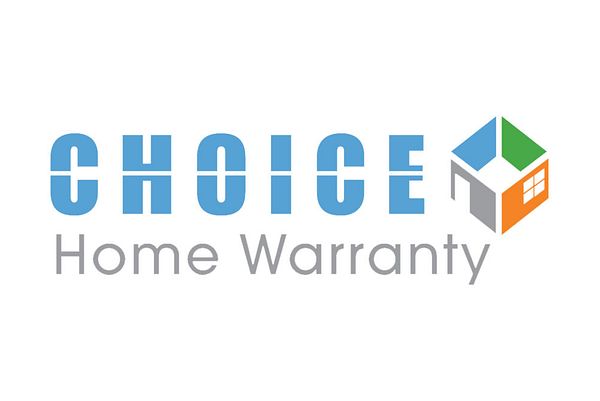 Do I need a sewer line warranty?

Buried beneath your lawn, there are pipes that bring clean water into your house and take out dirty water and sewage. These pipes are known as sewer and water lines, and they run from your house to the municipal water and sewer lines under the street. If you aren’t connected to the municipal sewage system, your sewage line runs to your septic tank.

Many people incorrectly assume that the utility company is responsible for any problems that arise in water and sewer lines, but in reality, homeowners are responsible for the lines running through their property and into their house.

Your homeowners insurance probably isn’t going to cover these kinds of problems, either, unless you purchase a special rider for your policy that covers sewer backups or similar problems. For that reason, many municipal utilities urge their customers to purchase a warranty for protection.

Do you need to worry about the water and sewer lines to your home? The answer depends on what the lines are made of and how old they are. Newer homes typically use PVC pipes, and PVC pipes are less likely to break than other pipes. Homes built in the 1960s and 1970s usually have pipes made of cast iron, which can be damaged by corrosive soils. Pipes that were laid in the decades before the 1960s are often made of more fragile materials that are even more prone to damage.

As the local water infrastructure ages, line breaks become more common. A Utah State University study found that water main breaks rose by 27% from 2012 to 2018 in the United States and Canada. For cast iron pipes specifically, breaks were up by 43% in that period.

Luckily, not every issue with a sewer line involves a break. The Georgia Plumbers’ Trade Association reports that clogged lines often just need to be unclogged rather than replaced. Prices for unclogging a sewer line, commonly referred to as snaking the line, can vary widely, depending on accessibility to the clog, the length of the line, and the cause of the clog, but most cost $200-$250.

If you are worried about your sewer lines, you have several options for coverage:

A home warranty can be a good way to protect yourself from the unexpected expense of a plumbing stoppage or septic issue. House Method recommends Choice Home Warranty, which offers plumbing stoppage coverage as part of both its Basic Plan and Total Plan. Choice Home Warranty also provides coverage of septic lines with its septic system add-on that you can tack onto either plan.

Unlike a sewer line insurance plan, which only covers those lines, a home warranty provides coverage for many other systems and appliances that may experience problems due to normal wear and tear. If you have an issue with a covered system, such as a plumbing stoppage, you can call the warranty company, who will send a qualified technician to your home for diagnosis and repair. All you have to pay is a service fee for the technician’s visit.

Choice Home Warranty’s plumbing stoppage coverage includes stoppages and clogs in the drain and sewer lines up to 100 feet from the access point, as long as there is an accessible ground level cleanout and the clog can be cleared by cable. It doesn’t cover broken lines outside the main foundation or clogs due to roots. The optional septic system coverage includes a variety of pumps, the septic tank, and the septic line from the house.

Why we recommend Choice Home Warranty

House Method researches and reviews the best home warranty providers and compares their coverage. Choice Home Warranty offers comprehensive coverage of a broad range of appliances and systems at a competitive price. Their plans allow you to cover all the important systems in your home, not just your water lines. The company provides two plans plus optional add-ons.

The Total Plan covers everything in The Basic Plan plus:

Optional Coverage is available for a variety of less common items, including:

While water and sewer line insurance and warranty plans can provide some relief if you experience problems with your pipes, it’s best to try to prevent a backup from ever happening.

Yuck, our sewer line backed up

Sewage backing up into your home is more than yucky. It can lead to disease, electrical malfunctions, and mold. Take these steps as soon as you discover a backup in your sewer line: 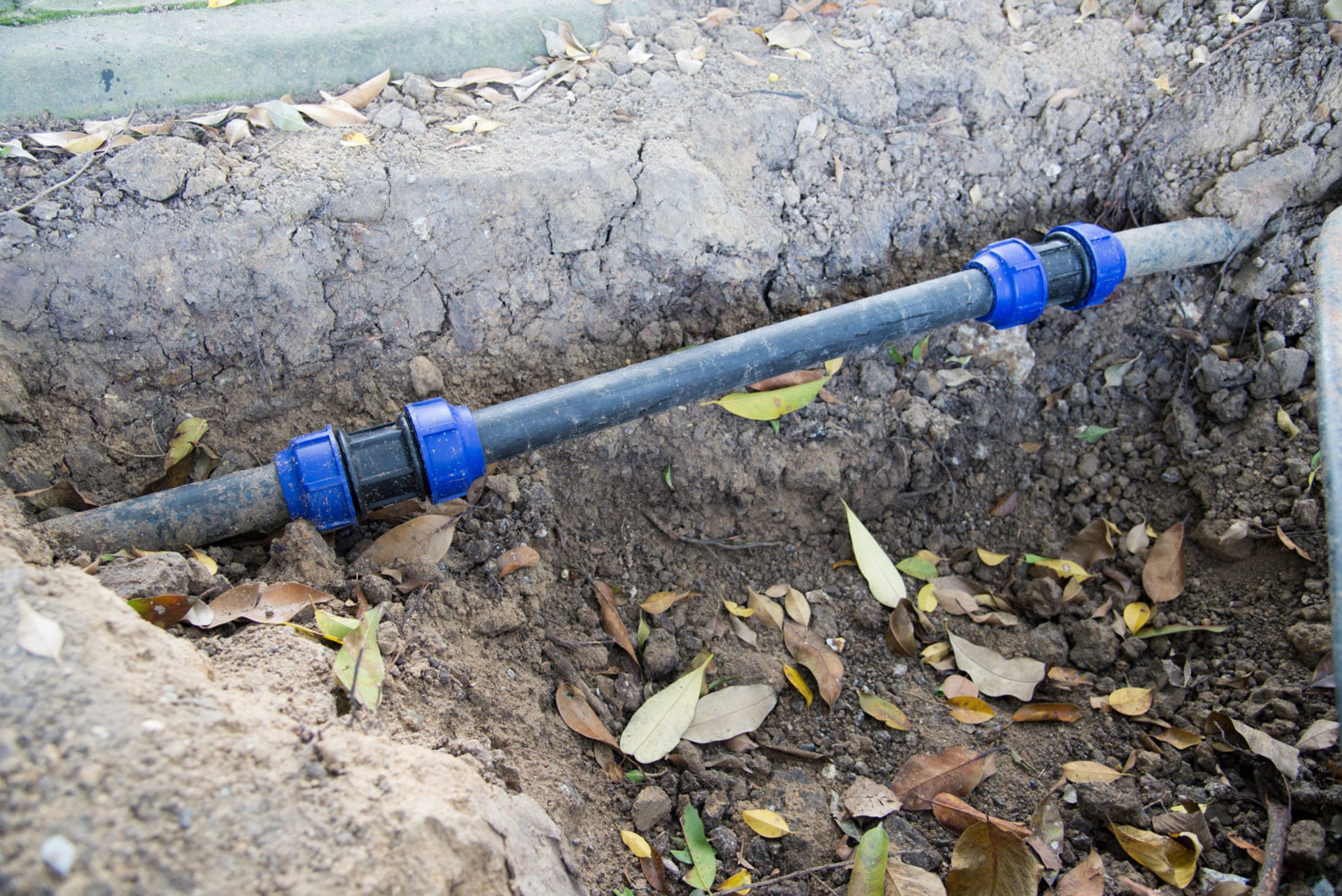 Homeowners policies don’t typically cover these issues unless you specifically purchase a rider. Not every insurance company will offer this rider, but if your policy is from a national company, like State Farm or Allstate, they will probably have it.

Homeowners insurance usually doesn’t cover a septic system because it’s not considered a part of the structure of the home, since it’s located away from the house. Some insurers offer a rider that covers septic tanks, but home insurance doesn’t cover the wear and tear that often results in septic system problems, so you might want to look into a home warranty that includes your septic system.

Does homeowners insurance cover tree roots in the sewer line?

Probably not. Homeowners insurance protects against specific disasters or accidents that occur suddenly and unexpectedly. Tree roots intruding into pipes is a slow process, making it unlikely that your insurance will cover it. To verify this, check your insurance documents or ask your agent. 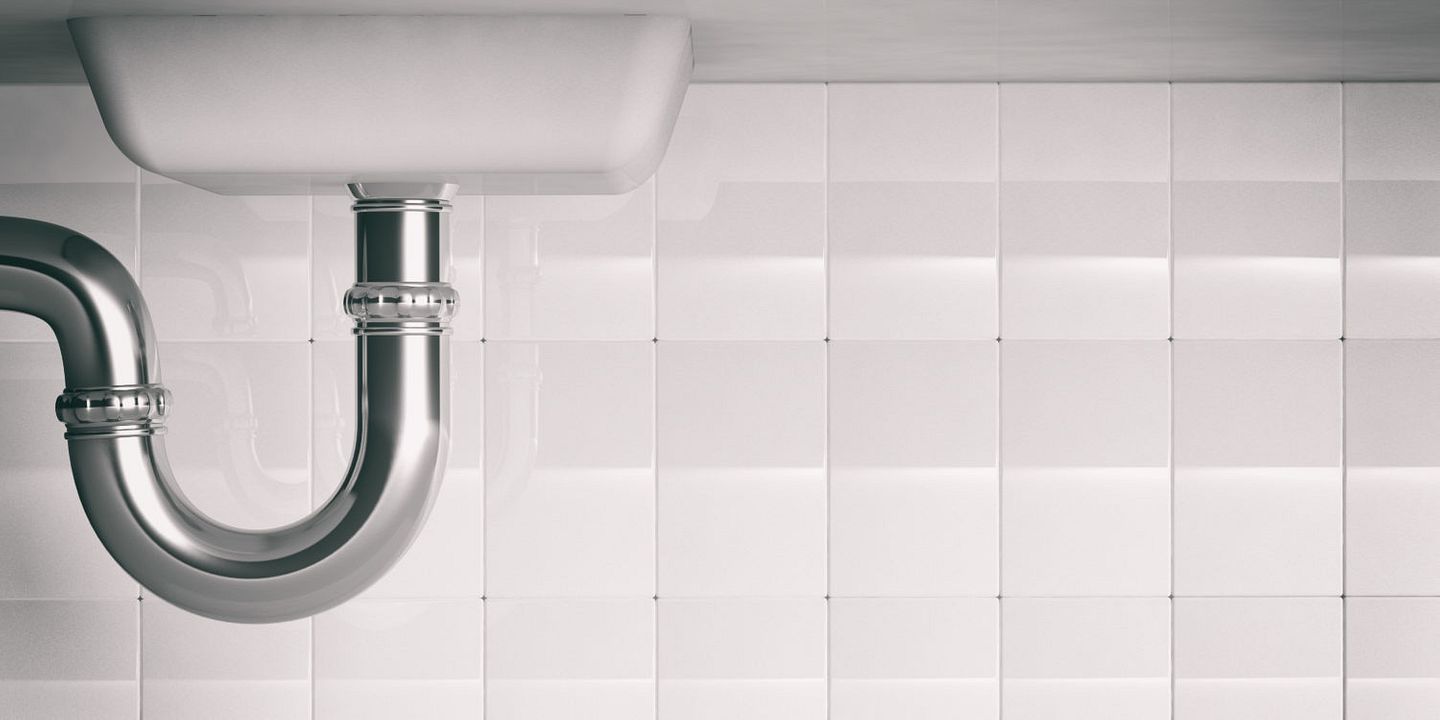 Get a Quote for Sewer Line Warranty

*Terms and conditions apply. Be sure to review complete limits of liability and any exclusions. CHW offers service contracts which are not warranties.
**See policy for specifics on response times.
***CHW reserves the right to offer cash back in lieu of repair or replacement in the amount of CHW’s actual cost (which at times may be less than retail) to repair or replace any covered system, component or appliance.
****In the event a claim is denied, and a customer seeks to have Us review that denial, We have the right to request routine maintenance records in reviewing its decision. 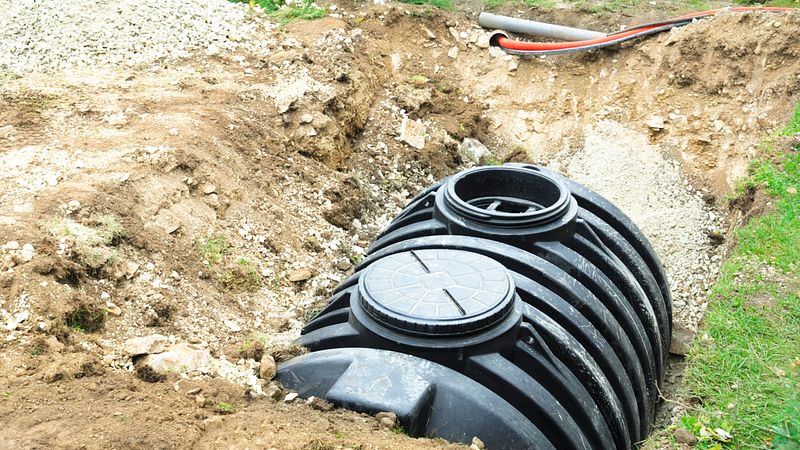 What to Know About Buying a Home with a Septic Tank

Don’t be scared from buying a potentially great home just because it has a septic tank. Follow along as we guide you through what you need to know about buying a home with a septic tank. 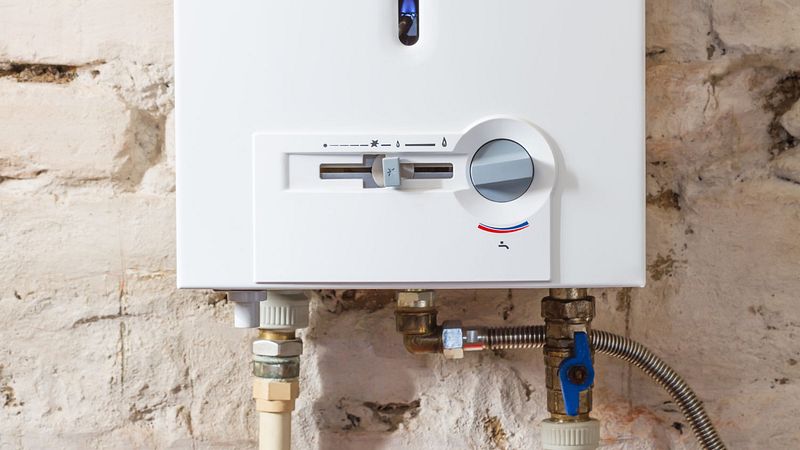 For owners of Rheem and Ruud water heaters, a limited warranty can fall short for such durable products that won’t need repairs until later in their lifespan. 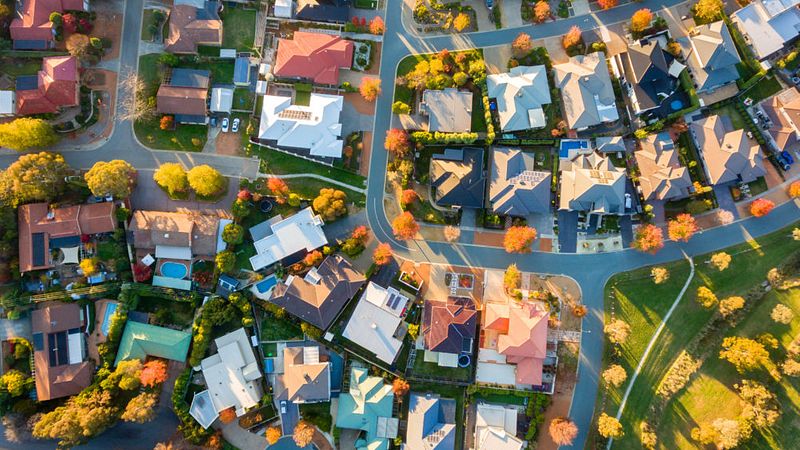 What Is a Home Warranty?

A home warranty is a service contract that covers the cost to repair or replace certain appliances and systems. Find out how much money you can save every year with a home warranty as well as how to choose the right home protection plan for you. 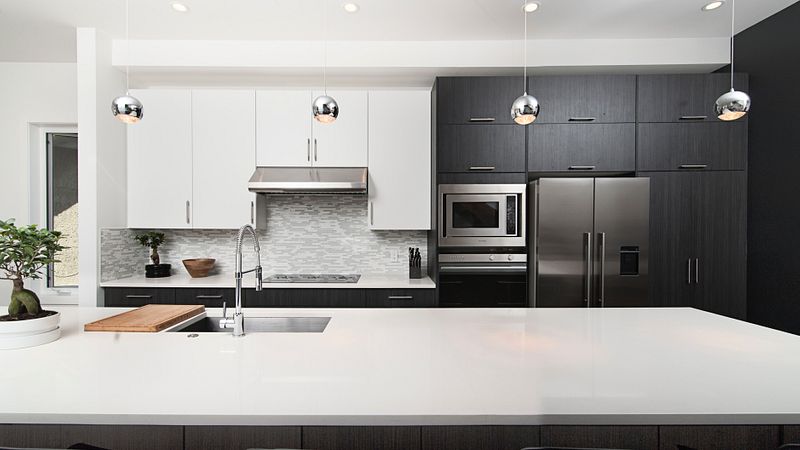 Your Best Option for Plumbing Insurance Plans in 2021

Should these events happen in your home, plumbing insurance is a smart way to prevent having to pay for the repairs yourself. 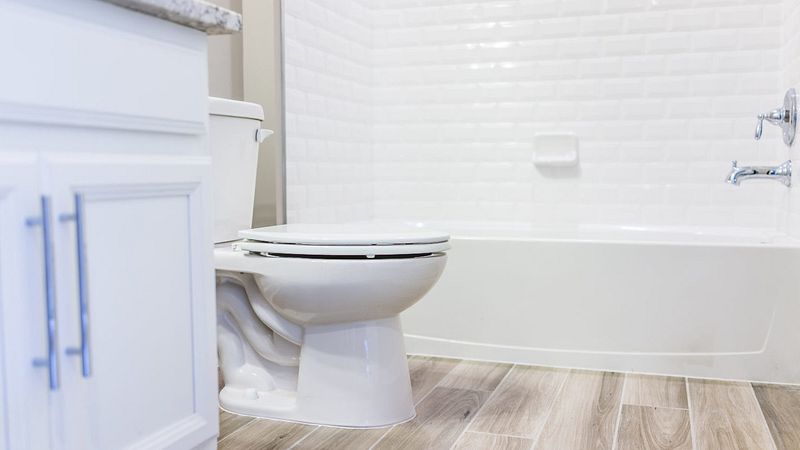 If you're looking for a septic warranty, read this review to learn about coverage and costs. 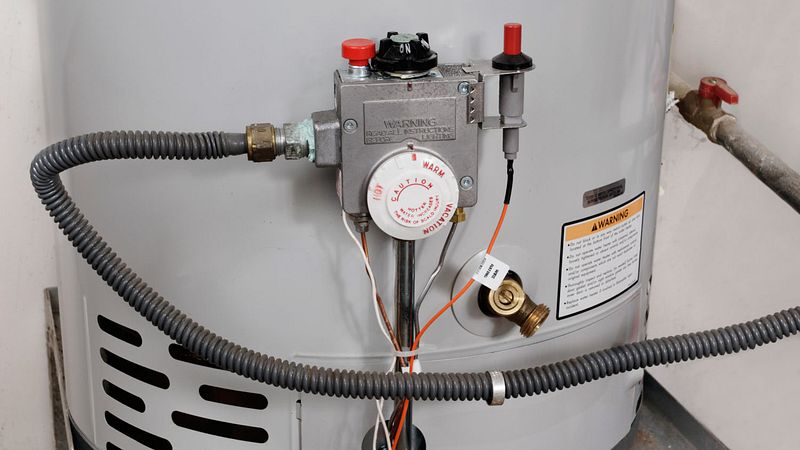 What to Know About an American Water Heaters Warranty

We’ll look at what you should know about the American Water Heaters warranty, steps you can take to prolong the life of your water heater, and how a home warranty can be helpful when your water heater needs repairs because of normal wear and tear. 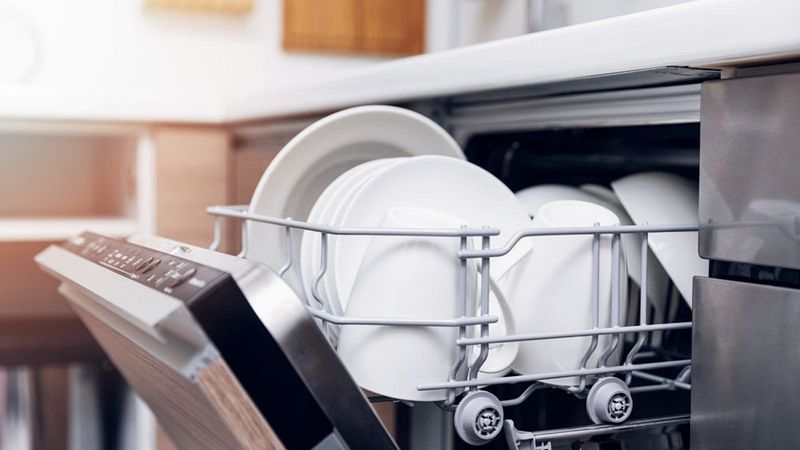 Your Best Options for a Dishwasher Warranty

When you buy a dishwasher, most manufacturers include a warranty plan with the purchase. However, this doesn’t necessarily mean every component is covered. 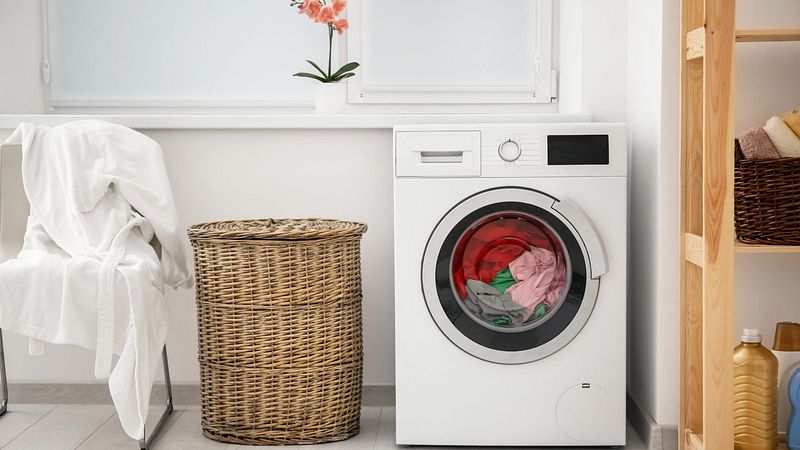 What Does a Whirlpool Warranty Cover?

If you own this brand of appliances, read on to learn about the Whirlpool warranty and options for warranty coverage after the basic warranty expires.

Protect Your Sewer Lines with a Home Warranty