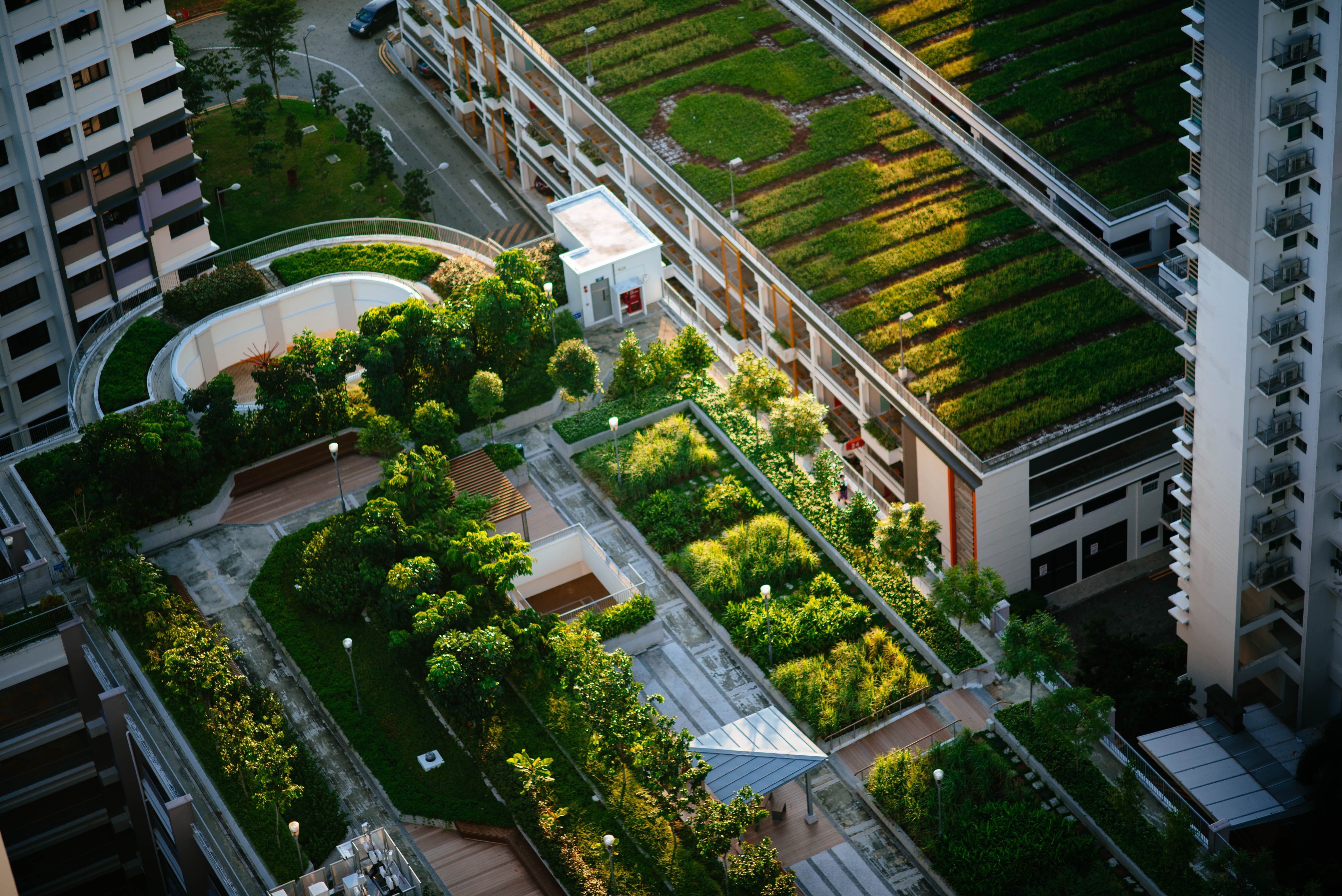 An aerial view of most cities will show you swathes of black asphalt or gravel-filled roofs—utilitarian spaces that have traditionally been underutilized. But some cities, like Chicago and Indianapolis, have come up with a solution to reimagine these spaces: green roofs.

What is a green roof?

According to the EPA, a green roof, also called an eco-roof or rooftop garden, is a vegetative layer grown on a rooftop. There are two main types of green roofs: intensive and extensive. Intensive green roofs are essentially elevated parks that sustain trees, walkways, and benches with their complex structural support, irrigation, drainage, and root protection layers. About a foot of growing medium is needed for an intensive green roof, creating a load of 80–150 pounds per square foot.

Extensive green roofs typically exist solely for environmental benefits—unlike intensive green roofs, extensive roofs don’t function as accessible rooftop gardens or parks. They are made up of a thin but hardy two-inch growing medium and are relatively light, weighing about 15–50 pounds per square foot. 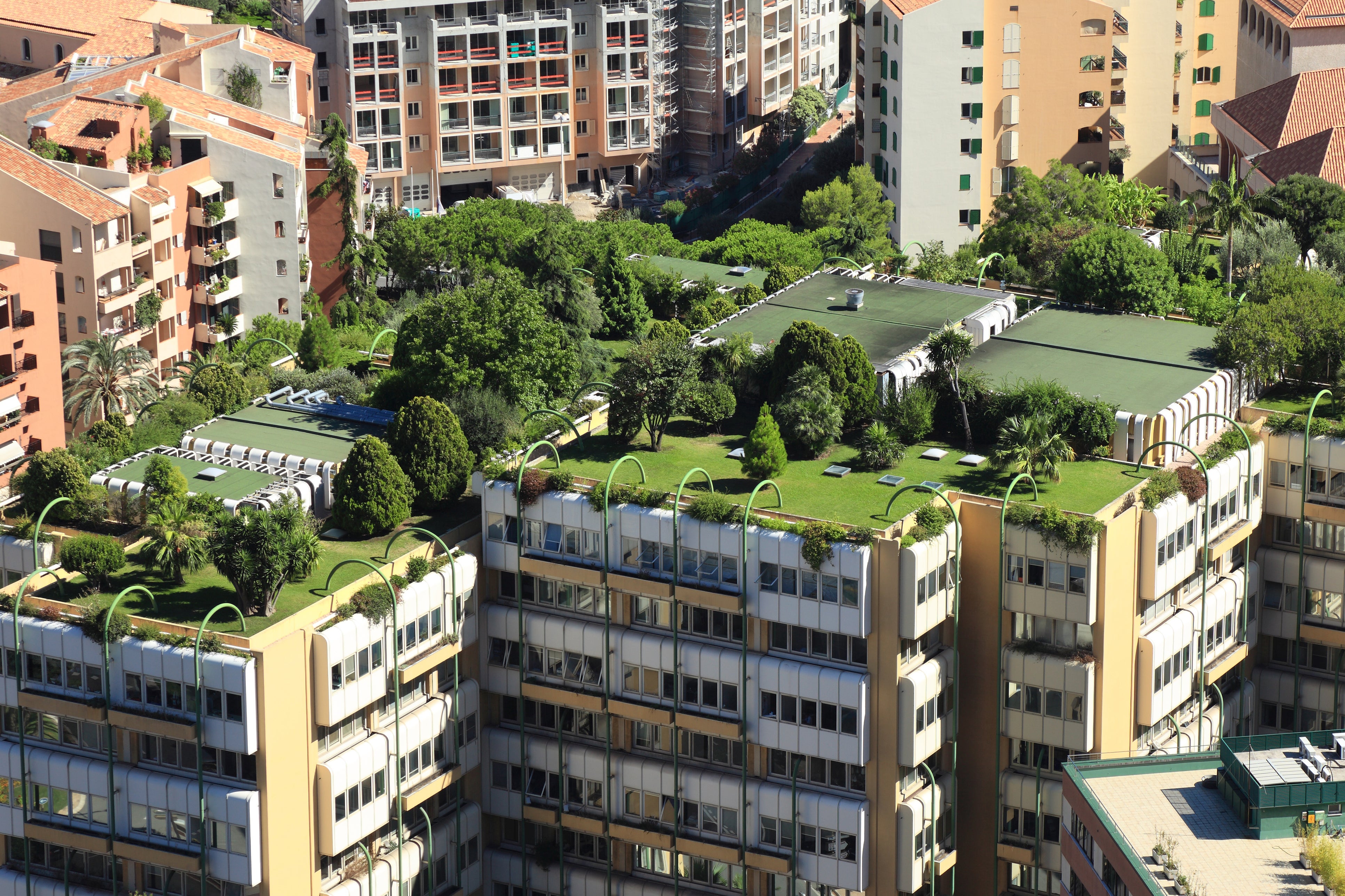 Why are green roofs so valuable?

According to Matthew Dillon, vice president of the World Green Infrastructure Network, “The key trends for green roofs are commercially driven by increasing realty value and improving tenancy loyalty in a competitive market.” Incorporating green roofs gives new building construction an edge over competing projects, particularly in areas where the demand for urban living is increasing and space is at a premium.

Here are a just a few other reasons why green roofs are becoming more popular in cities around the country.

By reducing heat transfer through a building’s roof, green roofs can improve indoor comfort levels and lower heat stress associated with heat waves. With their natural insulating properties, they can also act as insulators for buildings, reducing the energy needed to provide cooling and heating.

Note that a single green roof will not have a great effect on reducing urban heat islands, but multiple green roofs in Air Quality Management Zones will have a noticeable effect.

Has longer lifespan than traditional roofs

Green roofs can protect the roof membrane—used to move water off of roofs—from harsh weather and ultraviolet radiation, and can last twice as long as conventional roofs. This durability is a long-term economic benefit that outweighs the start-up installation costs.

The vegetation and soil on a green roof act like a sponge, absorbing and filtering water that would normally flow through gutters and down polluted streets into an overtaxed sewer system. By filtering pollutants from rainfall and reducing stormwater runoff in the urban environment, a green roof lowers the necessity for complex and expensive drainage systems in a city.

Some green roofs are merging with vertical gardens to create a more visually appealing environment. While some cities are developing green roofs into social and recreational spaces, some designs are creating trafficable green roofs for food production and biophilic design solutions.

The rise of green roofs throughout the United States

After Chicago experienced a terrible heatwave in July 1995 that caused more than 700 heat-related deaths, Mayor Richard M. Daley and the City of Chicago constructed a 20,300-square-foot, semi-extensive green roof on top of City Hall to combat the urban heat island effect and improve urban air quality. With more than 20,000 herbaceous plants and a supplemental irrigation system, the City Hall green roof is currently seven degrees cooler than surrounding roofs, and can run as much as 30 degrees cooler in the summer.

On a similar note, the City of Indianapolis’ Office of Sustainability and United Water collaborates annually on a Green Infrastructure Grant Program to promote the installation of green roofs throughout the city. The primary goal of green infrastructure in Indianapolis is to capture stormwater so that it can be cleaned, infiltrated into the soil, and slowly released into rivers and streams. In 2010, $100,000 in funding was granted to organizations who utilized green infrastructure projects designed to improve water quality and reduce stormwater runoff.

In November 2017, Denver passed an initiative mandating that 20% of rooftop space on newly constructed buildings over 25,000 square feet must be covered by gardens or solar panels. Not only will this initiative reduce Denver’s urban heat island effect, which has made Denver five degrees hotter than surrounding areas, it will improve the city’s air quality and increase local food sustainability.

With these incentives and the many benefits that come with green roof installations, many eco-minded homeowners, businesses, and cities are finding green roofs more and more appealing and are slowly beginning to incorporate them into the local cityscape. 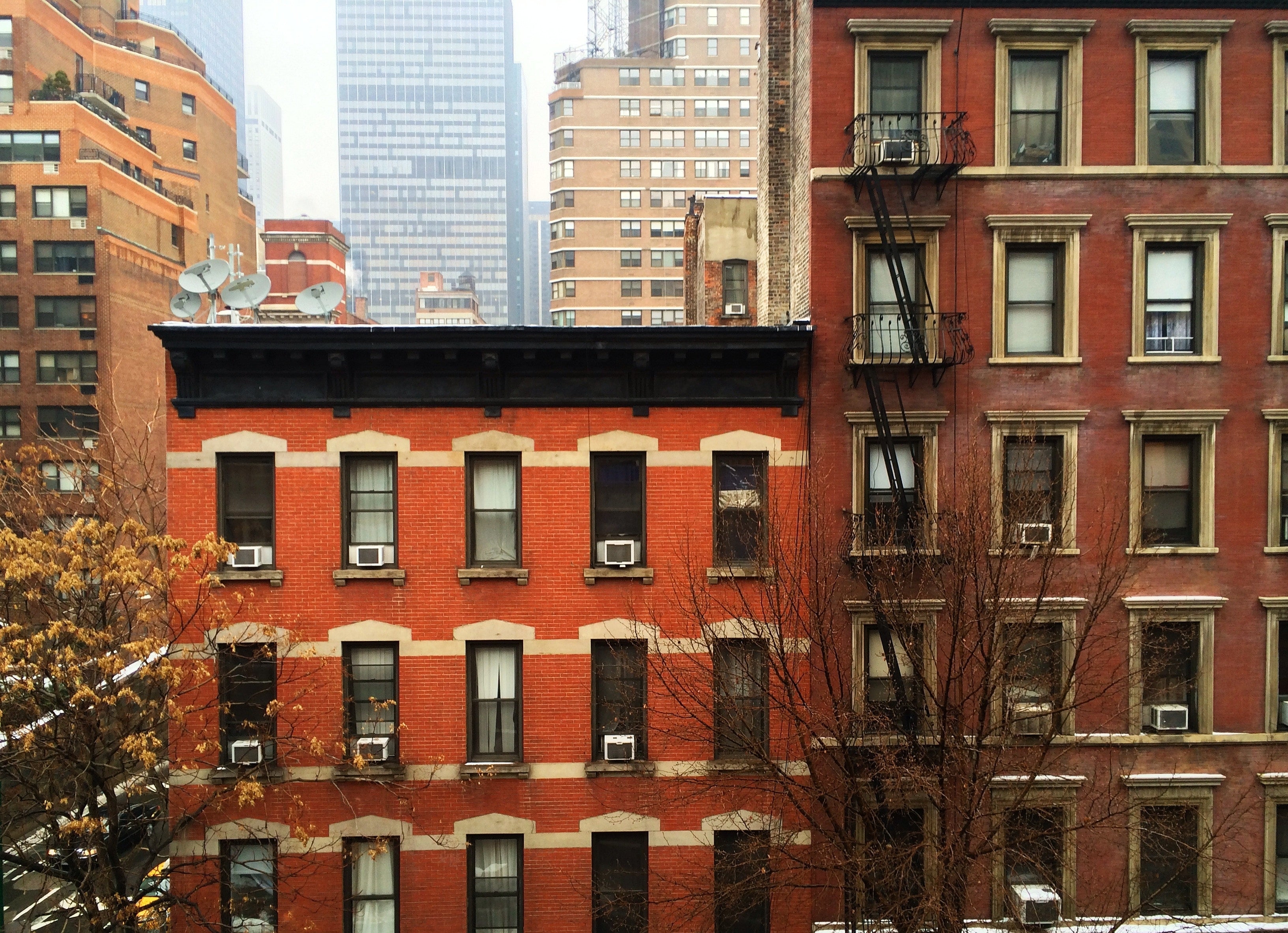 We explore eight easy and inexpensive strategies for soundproofing your apartment. Keep noise inside or out with these methods you can tackle in a single weekend. 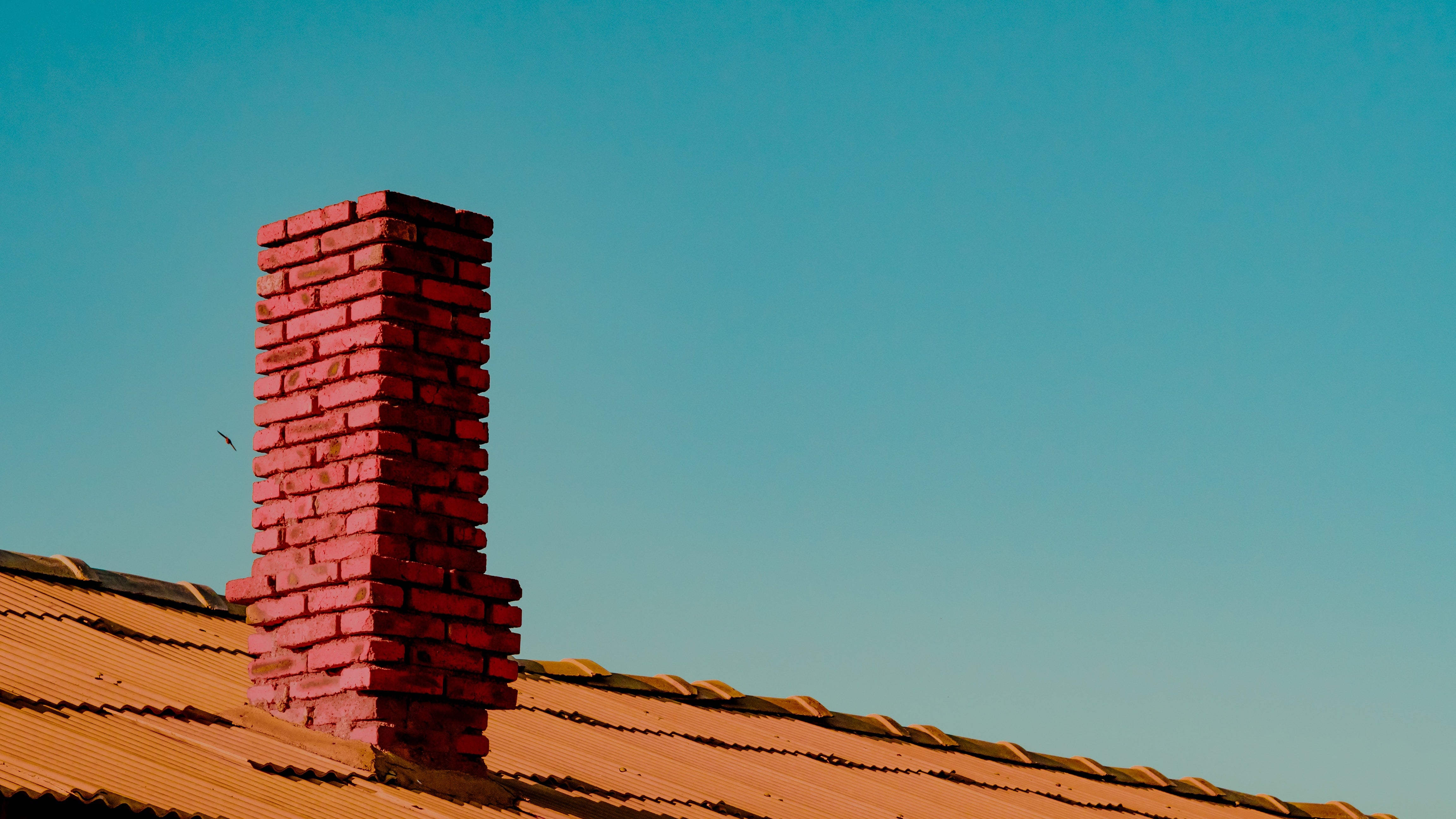 Roof Repair Guide: How to Repair a Roof

Your roof is the first line of defense for your home. Learn about the common types of roof repairs and how to perform minor repairs on an asphalt roof. 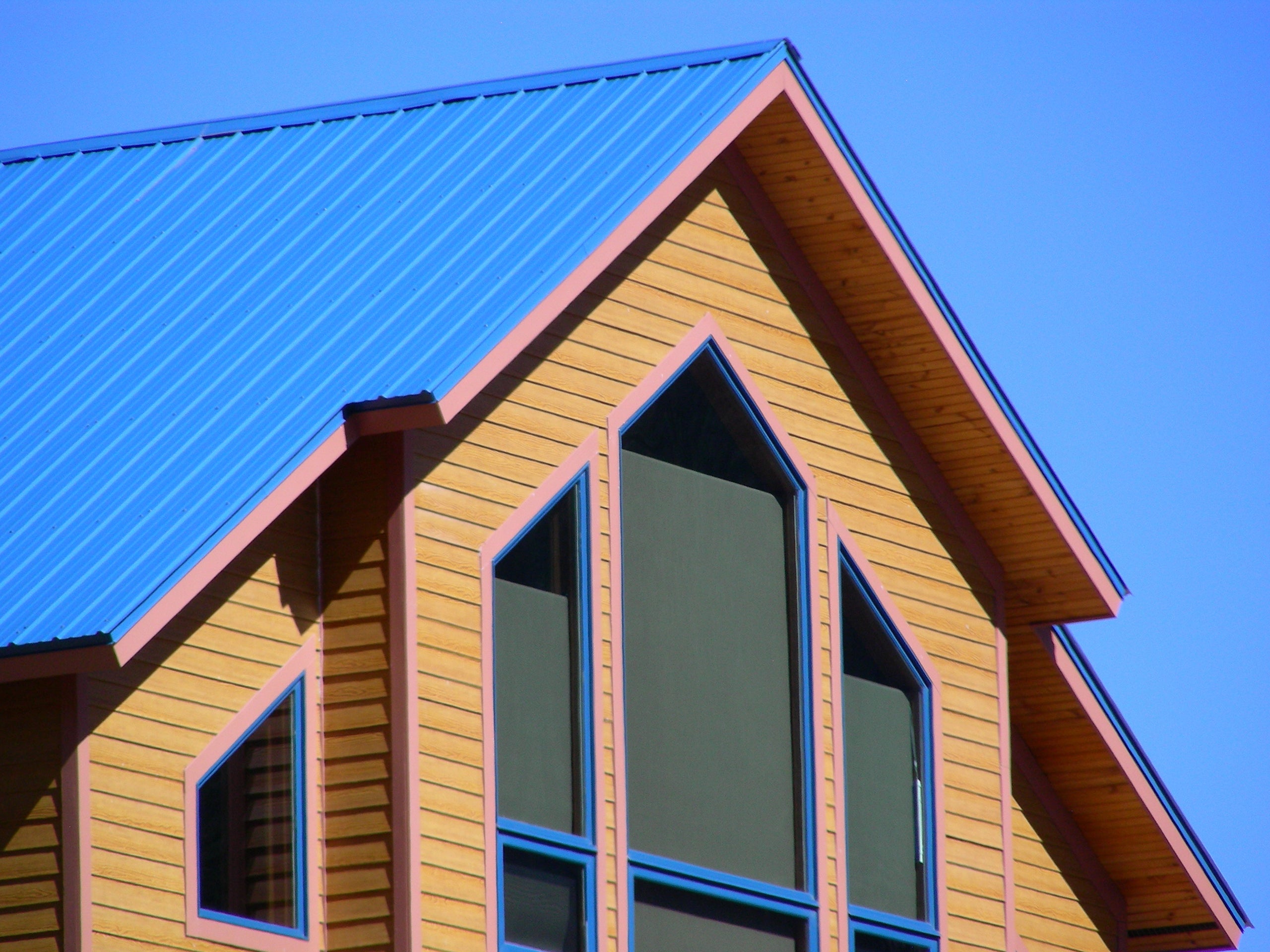 When it comes to roofing materials, make an informed and careful decision. Consider the six most popular options and make the right choice for your home. 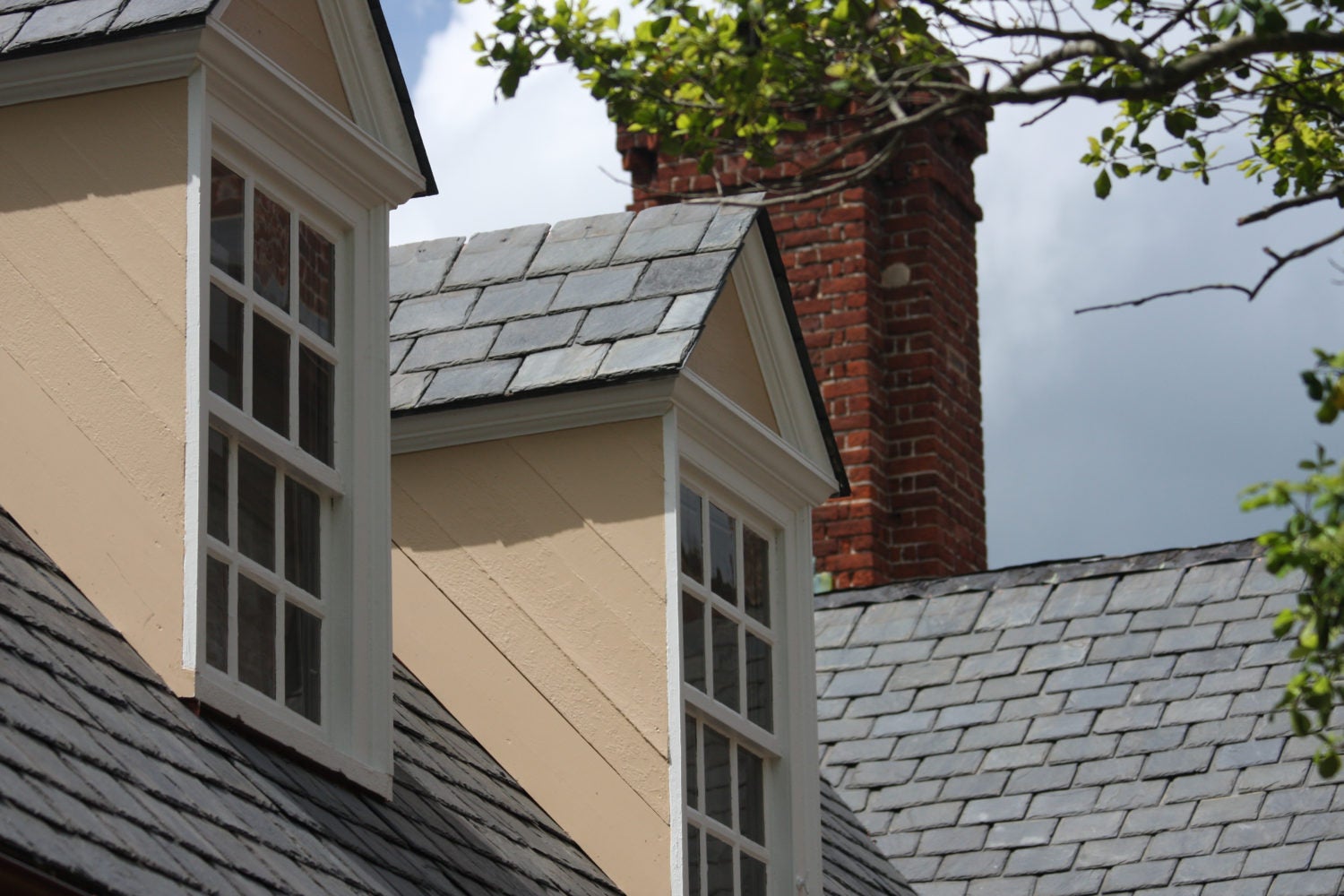 The average lifespan of an asphalt roof is 15 to 18 years. During that lifespan, you roof may sustain damage from high winds and hail and endure other common roofing problems, like broken shingles or tree damage.

From cost to energy efficiency to ease of installation, here’s what you need to know about double-pane windows. 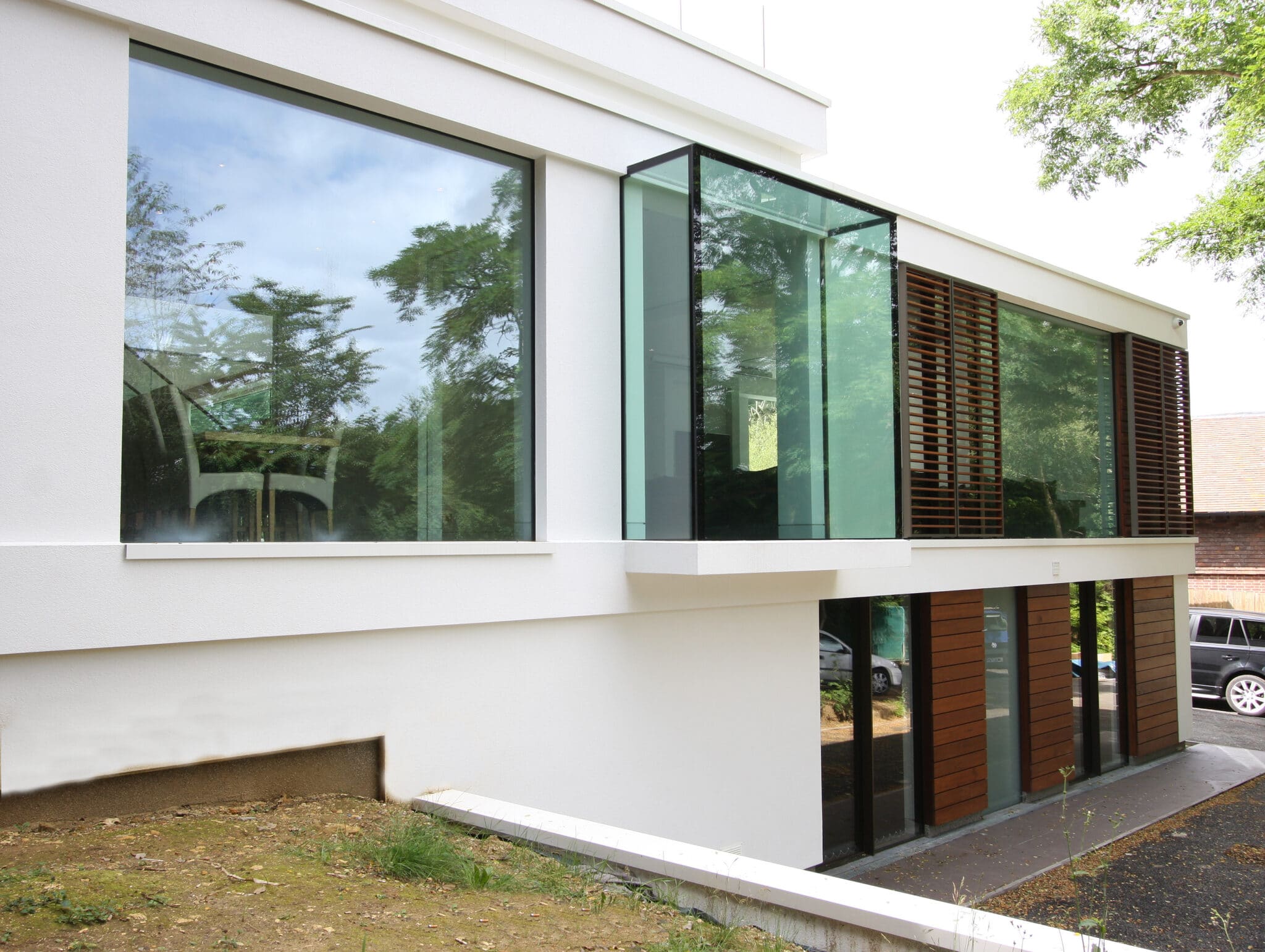 Read our buyers guide to choose the right windows as you decide which style and type of window to install in your home. 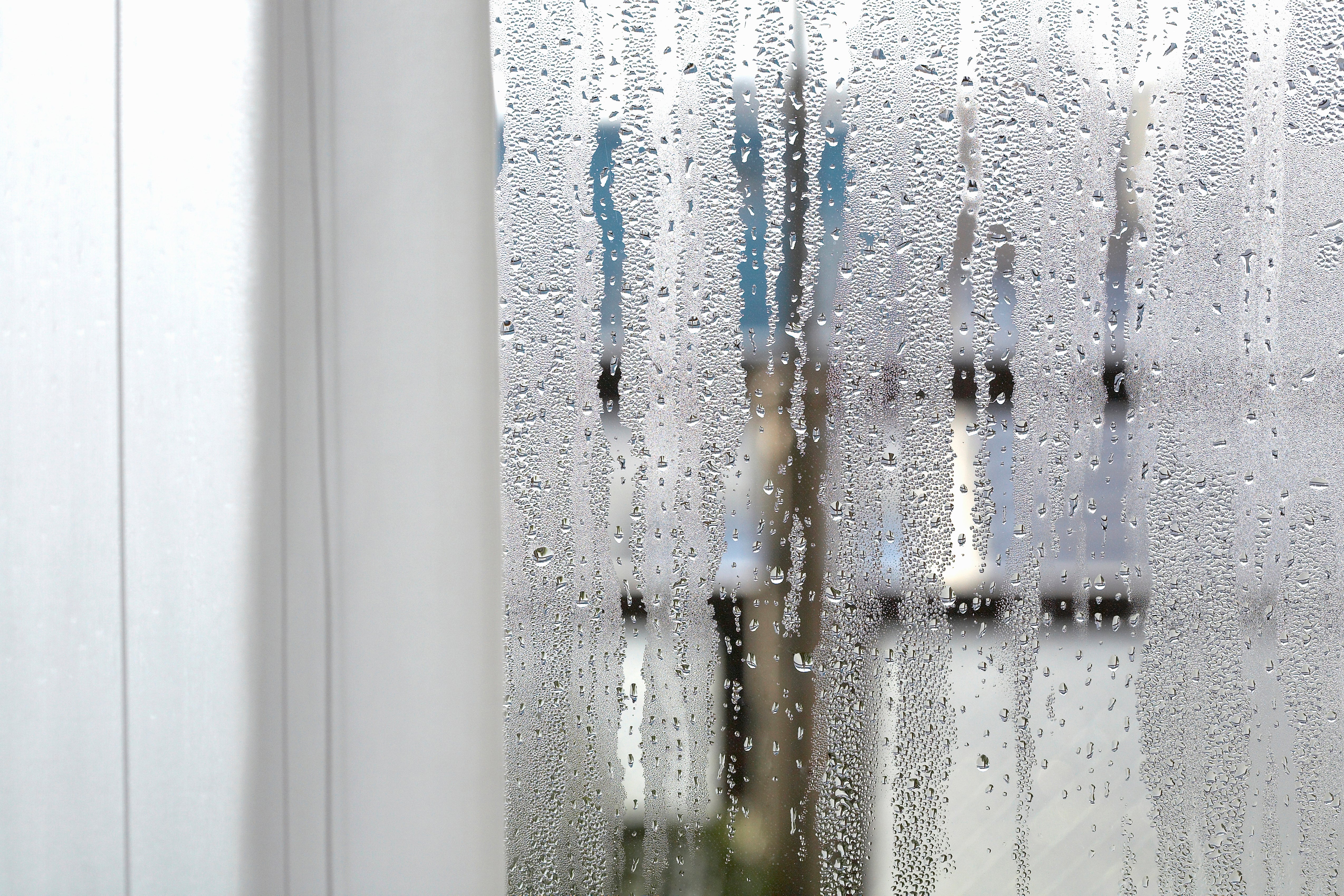 How to Get Rid of Condensation in Double Pane Windows

Condensation in double-pane windows signals that a seal has been compromised. Here’s how to address the issue. 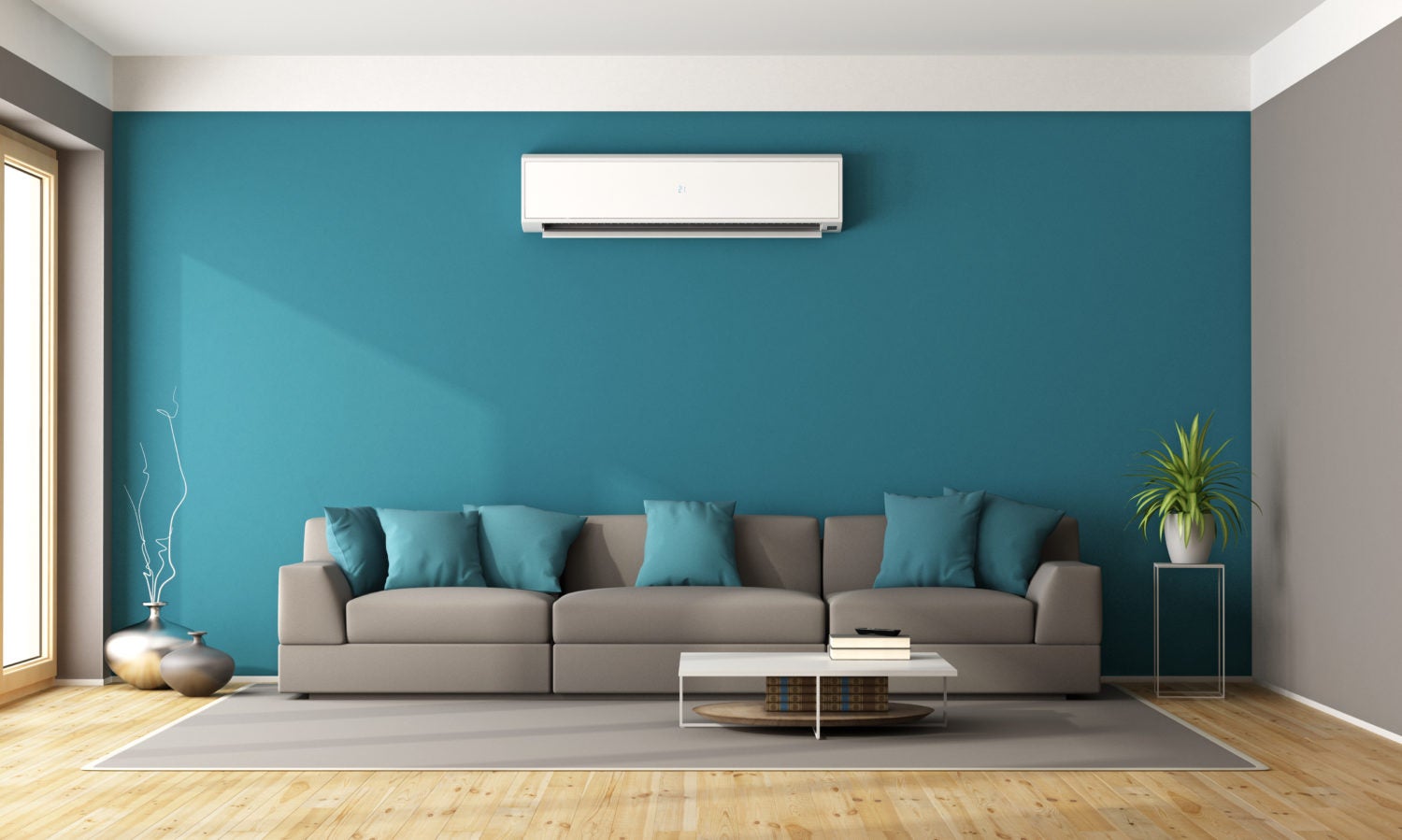 Everything You Need to Know About Ductless Air Conditioners

Also known as mini-split air conditioners, ductless are conditioners are a particularly good fit for people who are looking to cool a small space. 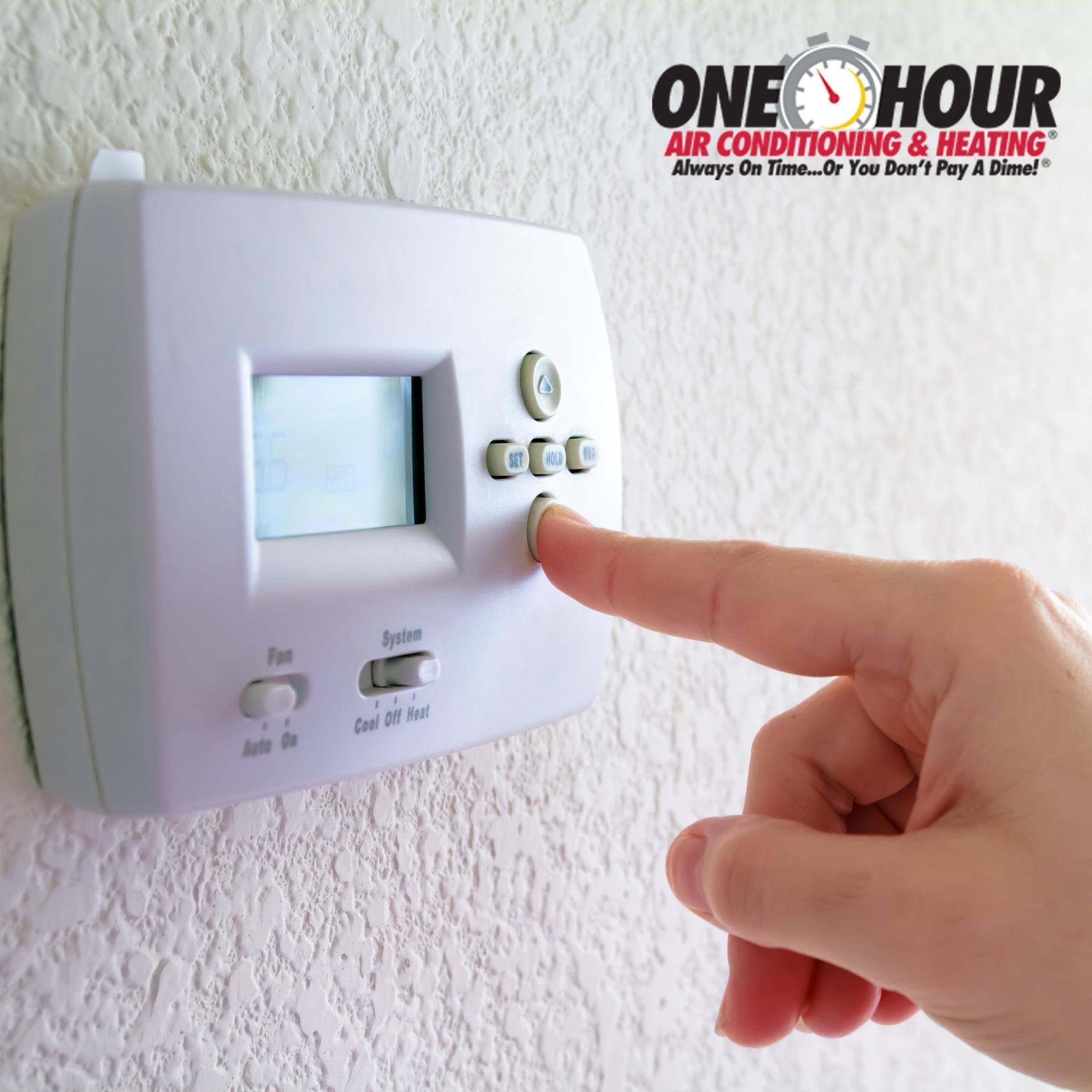 If you have HVAC issues, One Hour Heating & Air Conditioning may be the key to your comfort. Read House Method’s review to learn more about the company and their services.