Home > Blog > A New Development for the Housing Market in 2023: A Buyer’s Market 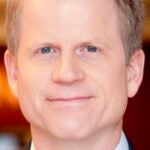 Home > Blog > A New Development for the Housing Market in 2023: A Buyer’s Market

That’s a welcome, and somewhat novel, development for consumers looking to buy a home — especially those who may have been exasperated the past few years by bidding wars and pocket listings or excluded by surging prices that peaked at record highs in early 2022.

This is also quite a change from the past decade, where sellers, flippers, and homebuilders were in the driver’s seat while prices rose to lofty levels.

“I do think it’s a buyer’s market,” Selma Hepp, deputy chief economist, Corelogic, asserted in an interview. While Hepp doesn’t see prices plummeting in 2023, she expects market conditions to tilt towards those looking to purchase a home. “The competition has been totally reduced. The multiple offers and homes selling for over asking price, that has all been taken out of the market. Now we’re back in the pre-pandemic trend of more balance between buyers and sellers.”

While analysts and experts predict buyers will be in a better position as housing prices generally soften in 2023, the old adage about “all real estate being local” will hold true. Some markets, such as the Western U.S., have seen incredible appreciation in recent years, followed by sharp declines in 2022, while other, less volatile geographies, such as the Midwest or Northeast, may hold value longer.

Some experts say, if prices are still high where you’re looking to buy a home, just you wait.

“Consumers are in an air pocket where home prices haven’t corrected drastically in most markets, but in the spring and later in 2023, if our forecast is correct, prices will be down 15% to 20% in some markets,” Rick Palacios, Jr., Director of Research, John Burns Real Estate Consulting (JBREC) told House Method.

JBREC’s forecast is for home prices to fall 20% peak-to-trough. While some markets are already down double-digit percentages from their highs, the firm doesn’t see them bottoming until the end of 2024.

There will no doubt be bargains, but consumers should keep in mind even steep declines off of historic highs may still be pricey compared to listings just a few years ago. In an interview, Palacios told House Method, “Home prices rose 40% from spring 2020 to early 2022, a decade’s worth of home price appreciation in two years. A lot of that makes zero sense. Our view is that most markets are going to have to give back a decent chunk of that.”

The COVID-19 pandemic saw a significant increase in housing prices, following a decade of already relentlessly rising home values. You can see this on the rapid gains on the following chart.

There was a sea change in 2022, however, as home values nationwide began easing from record high levels.

Corelogic’s Hepp told House Method the chart showing the steep ascent of home prices during the pandemic reminds her of a roller coaster ride: “It looks like a huge increase in 2020-2021, now a decline. As we look down, the looming question is ‘How far down do we go?’”

There are a number of reasons why home prices have begun sliding from those frothy levels, but affordability is the key factor. The following chart illustrates just how much home prices have jumped over the past three decades The higher costs were offset in recent years by historically low mortgage rates following the housing crash and financial crisis.

But the era of “free money” and near-zero interest rates has come to an abrupt end. The Federal Reserve has hiked its benchmark overnight lending rate at the fastest pace since the early 1980s in an effort to slow inflation. At its final 2022 policy-making meeting, the Fed again raised rates and signaled that more increases are coming in 2023, although likely in smaller increments.

This tightening of borrowing costs has led many economists to predict an overall economic slowdown or a recession. Citibank strategists, in a report, put the odds of a recession in 2023 at 70% “as Fed monetary tightening hits housing, manufacturing, profits and employment.”

Goldman Sachs analysts forecast an economic slowdown but not a recession. They do, however, predict existing home sales in 2023 will extend 2022’s slide, plummeting by 40% compared to 2021 levels.

Mortgage rates, meanwhile, have more than doubled over the past 18 months. That has made it much more expensive to borrow big sums and make payments. The National Association of REALTORS®’ Affordability Index showed mortgage payments rose by almost two-thirds from October 2021 to October 2022, and they doubled since 2019. As a result, consumers have been hit with a double whammy of higher prices and elevated mortgage rates. Home sales quickly slowed and began falling sharply in year-over-year comparisons even as prices softened.

Sam Khater, Freddie Mac’s Chief Economist, noted, “Mortgage rates have increased at the fastest rate in four decades, quickly taking the wind out of the sails of the housing market. The rise in rates has created affordability challenges that have forestalled many consumers’ decision to buy a house.”

The big question in 2023 is whether rates soften or climb back above 7%. When borrowing costs breached that level in the fall, sales of existing homes tumbled by a whopping 28% in October of 2022 versus the same month a year earlier, according to the National Association of REALTORS®.

Palacios, the JBREC executive, said his firm sees rates in 2023 staying at 6% on average. He predicts that will keep many buyers at bay and put downward pressure on prices. “Housing really depends on entry-level buyers to get the market going. That’s the constituency most affected by rates going up 6% to 6.5%.”

The National Association of REALTORS® forecasts sales of existing homes will fall by 6.8% in 2023, but the group’s chief economist, Lawrence Yun, predicts the median home price will actually grow slightly (0.3%), helped by a continued lack of homes for sale nationwide.

“The demand for housing continues to outpace supply,” Yun said. “The economic conditions in place in the top 10 U.S. markets, all of which are located in the South, provide the support for home prices (in those markets) to climb by at least 5% in 2023.”

​​Corelogic’s Hepp is also in this camp: “Inventory continues to be a big constraint on the sales market. The sellers are pulling back as well as the buyers. We’re seeing new listings at 25% below where they were in 2021. Active inventory has been rising because sales have pulled back so much. What’s come on line has been sitting there.”

Hepp added, “We are on the more positive end of the spectrum for home price forecasts (predicting a couple of percentage points increase year-over-year), mostly because inventory is so low and potential sellers see it’s not a good time to sell. That lack of inventory will hold up prices.”

While existing home sales are already in correction mode in many markets, the softer spot may be in new construction, according to JBREC’s Palacios. He said, “Consumers probably have more negotiating power with homebuilders. They’re not forced sellers, but they don’t want to sit on inventory — the worst thing for them is to have inventory have a birthday.”

Palacios added that since the lion’s share of homeowners has locked in mortgage rates below 5%, investor buyers, flippers, and homebuilders account for a greater-than-normal percentage of sellers.

In December, luxury homebuilder Toll Brothers reported record earnings for 2022 but issued a cautious forecast that showed a sharp decline in consumer demand and prices.

CEO Douglas Yearley wrote, “The dramatic increase in mortgage rates since March presents a challenging market as we enter Fiscal Year 2023. Many homebuyers are on the sidelines, waiting for clarity on the direction of mortgage rates and the overall economy. Our net signed contracts were down 60% in units and 56% in dollars in the fourth quarter, with no discernible change nearly halfway through our first quarter.”

That forecast followed a dour outlook from the CEO of high-end furniture retailer RH, formerly known as Restoration Hardware. Gary Friedman said the company sees business trends deteriorating as weakness in the housing market continues over the next several quarters: “uncertainty regarding the short-term has expanded due to a complete collapse of the luxury housing market.”

On the company’s December earnings call, Friedman added, “Things are going to get worse before they get better. The housing industry is in freefall… I’m not optimistic short-term, I am super optimistic long-term.”

RH’s stock was cut in half during 2022, while shares of Toll Brothers lost about one-third of their value. The S&P Homebuilders Index fell some 25% for the year.

“It’s going to be a pretty frozen winter for housing,” said Palacios. “Everybody is on pins and needles hoping for mortgage rates to come down by spring, especially homebuilders. That’s not in our forecast.”

This may not be good news for recent buyers looking to sell homes with little equity in them, but Palacios sees a silver lining for consumers weary of open house feeding frenzies, pocket listings, and ever-surging prices: “If that put you off, come back (to the housing market) in 2023!”

Looking ahead, Corelogic’s Hepp said a fear of declining prices and higher borrowing costs should not deter home buyers. “Moments like this offer a breadth of opportunity. After a rocky 2022, everybody expects home prices to keep growing. If you need a place to live and can work out the payment, and refinance down the road if rates come down, if you can pull it off, it may be an opportunity while there’s not that much competition out there.”

In other words, the pricing pullback is creating a reset for consumers of all stripes, from those who need to buy due to circumstantial changes to buyers ready to bargain. The new year will likely offer them a window to something they may have only caught a fleeting glimpse of during the past decade: the elusive Buyer’s Market.

Higher interest rates and inflation have led to slower home sales. We analyzed the 150 largest metropolitan areas to find where homes were…

The past five years have delivered higher home sale prices in a wide variety of markets throughout the country. We analyzed the 150 largest…

The Cost of Running Christmas Lights in All 50 States

Christmas lights are a staple of the holidays, but they can carry a hefty price tag. In our recent study, we wanted to find just how…

What Are Homeowners Most Willing To Give Up To Cut Costs?

Homeowners in the United States are facing record-breaking inflation rates, forcing many to cut back on expenses and luxuries. We surveyed…

Settling the Debate of When To Hang Christmas Lights: A Yuletide Survey

In our most recent survey, we asked nearly 4,000 U.S. homeowners when they thought it was too early to put up Christmas lights and when…

We’ve got 150 last-minute Memorial Day getaway ideas for an unforgettable holiday. Honor military heroes and kick off summer with travel…

The Best Cities for Digital Nomads in 2023

We analyzed seven different factors to determine the best cities to live in without a care. Read our study to find out all the…

The Best Cities to Live in Without a Car in 2023

We analyzed seven different factors to determine the best cities to live in without a car. Read our study to find out all the…

Property Taxes by County: Where do People Pay the Most and Least? [Data Study]

An unavoidable truth in life is taxes. If you’re a homeowner, you’re no exception. But, what you pay can vary significantly depending on…

A realtor’s success in selling a home can come down to conditions that are out of their control, such as the market they operate within….